As it turned out, I eventually went for the acquired the Japanese boxed version C-114: Fortress Maximus. I would like to note that while I am in possession of C-114, I no longer have legal ownership of it, because it has been declared to belong to E! =)

Recently, as part of my Calm before the Storm series of acquisitions, I acquired a US box for Fortress Maximus from a TFW seller.

Here are some comparison shots.

Thankfully, both the US version and the Jap version, in a very rare instance, are the same size! 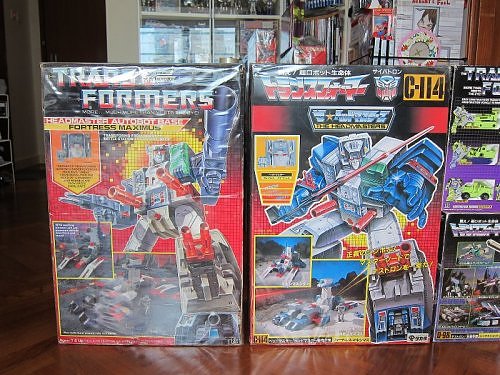 The Devastator giftset and Sixshot boxes are use to show just how large Fort Maxes are, don't mess with them! 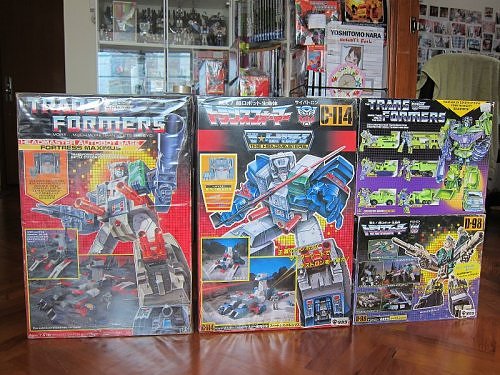 Back of box comparison. 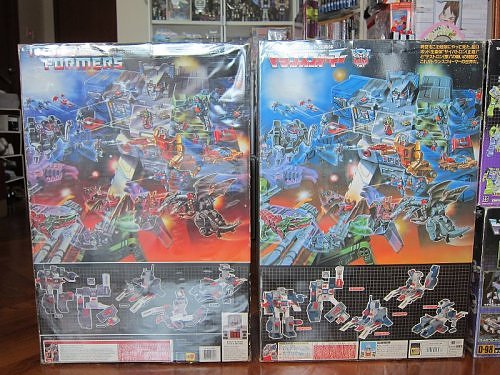 Another shot of back of boxes. 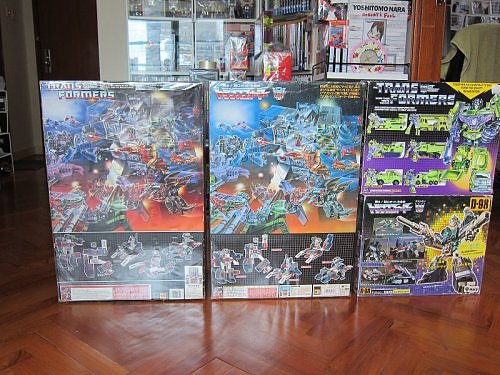 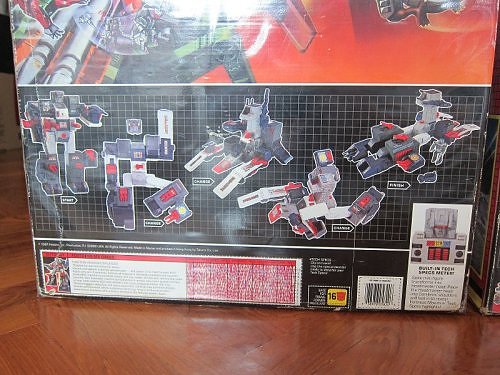 Transformation sequence for Japanese box C-114: Fortress Maximus. The sequences appear to the slightly different between the 2 boxes. Also, I noticed that the US version has darker blue parts while the Jap version has lighter blue parts. I'm not sure whether this is a genuine variation between each particular regular release or just a difference between the toy used for the photography. 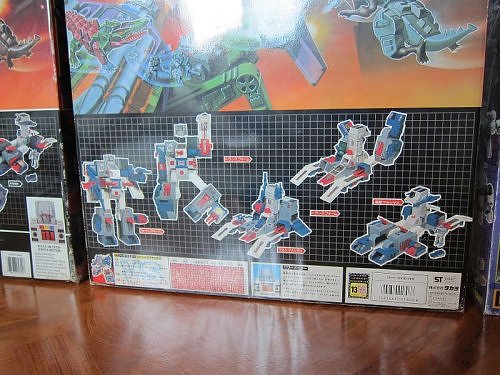 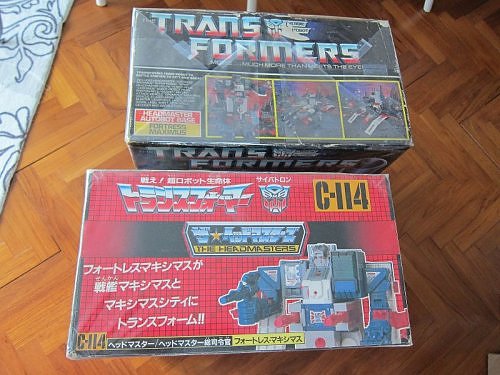 Side of box comparison. US boxed Fortress Maximus has a landscape layout that does not lend itself well to being seen from the side. 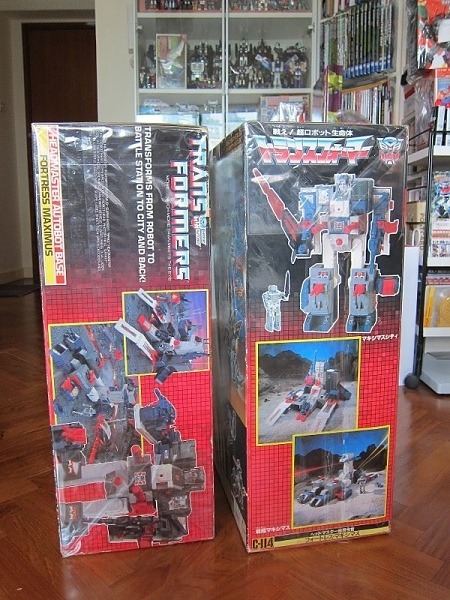 Comparison of the other side. Basically both of their sides of boxes are identical. 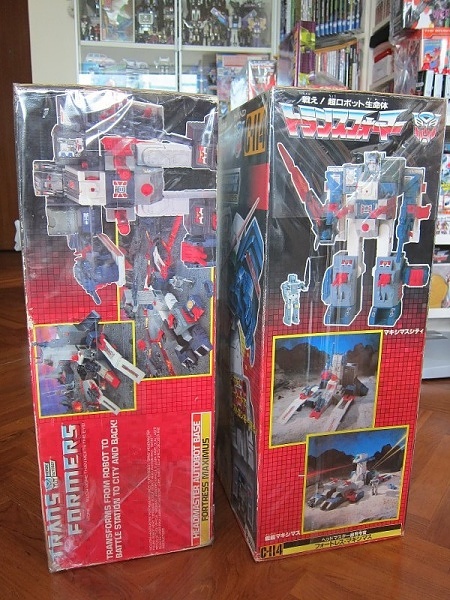 Acquiring the US boxed Fortress Maximus actually completes the circle for me - E and I now have each regular release Maximus mold MIB! What a milestone. 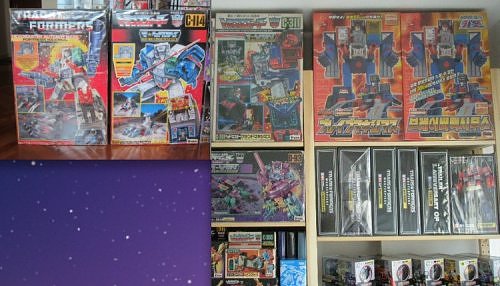 I had to stitch the above photo together because the 2 on the left are in Hong Kong with me and the other 3 are actually in my Singapore apartment. One day, all 5 will reunite... Head On!

Posted by Heroic Decepticon at 13:18