This day and right this time is significant for me, another milestone.

So I thought it appropriate to schedule the next chapter of my collecting milestone running story, The Origin Story, now and on today.

Here is chapter IX of my story...

The year 2010 coincides with Transformers 2010, the Japanese equivalent of USA Season 3.

For me, it was also a fantastic year for Transformers. I would have been quite wrong if I thought that 2009 (see Chapter VIII: 1988 once more) was the high-watermark of Transformers collecting in recent years because on hindsight, 2010 was more amazing, very much so.

In January, the year commenced with a blast - E and I visited Tokyo and all the Mandarakes there. The sheer amount of vintage G1 Transformers there was just mind-blowing. This trip was very significant because I discovered Transformers TV Artbooks and I had a very memorable time playing with and combining Raiden with E in the cozy hotel room after a full day of Transformers shopping. 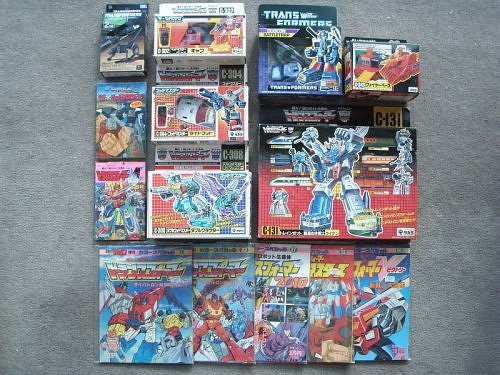 A few months later in April 2010, E and I travelled to Singapore and Hong Kong, to visit friends and family, and also for more toy hunting! Significantly, I physically saw for the very first time, my holy grail (I only have 1 grail), diaclone blue Fairlady Z, aka 'blue Bluestreak'. Wow. Unfortunately, it was way overpriced and I declined to buy it. That was 'regret' #1. Regret #2 was not buying C-108: Artfire MIB unused, at a asking price of USD$835. By that time, I had already bought way too many TFs and things and decided to pass. On hindsight and with prices they way they are in the years to come, that Artfire was a steal. 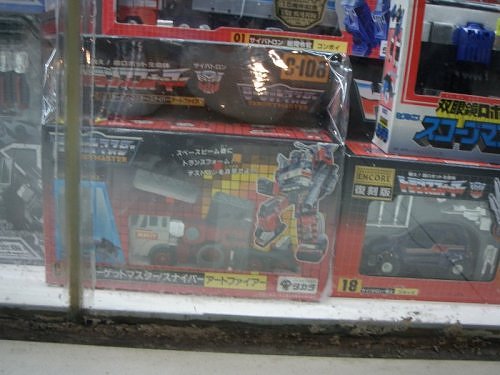 After returning to Australia from the HK/ SG trip, I joined another firm. Work was crazy busy, but then so was TF acquisition. In a short span of 2 months and almost in consecutive succession, I bought and acquired the likes of Bumperjumper, D-328: Dinoking giftset (stickers unapplied), US boxed Darkwing and Dreadwind (I've always wanted these in box), pre-rub Ravage and Rumble MOSC, D-311: Black Zarak MIB, C-303: Minelba (unused) and C-326: Galaxy Shuttle MIB. I could hardly catch my breath (and think my wallet was gasping too!).

C-326: Galaxy Shuttle was another milestone too. I have been on the look out for one for about a year because this is a piece that E really liked. Somehow, I always arrived on the scene too late and the potential sellers have already sold theirs. After months and months of painstakingly watching eBay and Yahoo Japan, I finally won a MIB C-326 on YHJ for E. 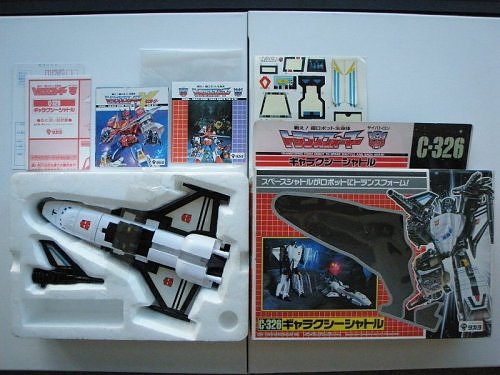 June through September saw me plowing through the Headmasters/ Masterforce/ Victory toys and acquiring them one after another after another. It was pretty scary.

By September, E had already been posted to Hong Kong permanently and I was in Sydney by myself for a month. In October, I flew to Hong Kong to join her and to take up a position at another firm. This was perhaps the most significant change in 2010 - where we permanently relocated from Sydney to Hong Kong. I very much liked it of course, because Hong Kong is one of the best places in Asia (and perhaps the world) to source for vintage G1 Transformers. To be here permanently meant that I could have very regular access to the toy shops in Hong Kong!

I was kindly farewelled by the great guys from the OZ Formers boards. I miss you guys! 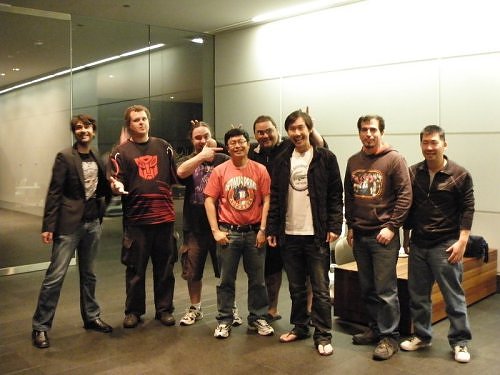 In the first month and a half of being in Hong Kong, I pushed my Japanese exclusives list further to completion by chalking up many Masterforce MIB figures and a lot of Henkei! You could say I 'hit the ground running'.

I ended the year 2010 with a bang by scooping up 2 very desirable giftsets on 31 December - the Goodbye Convoy giftset and the Goodbye Megatron giftset. What a fantastic way to end a fantastic and eventful year!

The giftsets and lots of Henkei. 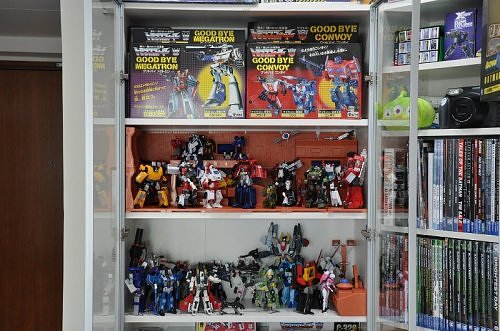