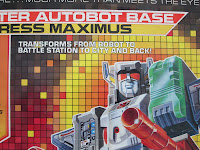 This is part of item #6 of the Calm before the Storm post.

Actually, I only wanted the box, you see. I thought it'd be awesome to the US box FM and the Jap box C-114 FM next to each other. That'd be all sorts of cool.

Some time in mid April this year, an opportunity arose - an OZ Former member I've traded with in the past was selling his collection and among the pieces being sold was a US boxed FM. The asking price plus shipping from Australia would result in the price being a hair's breadth away from $2,000. I tried to move the price down to a more palatable level but he would not budge because there is another member who has a "hold" on the toy and is trying to pay by installments.

My thoughts were that there is value to a seller to be able to receive funds in full, and immediately on concluding a deal, but I will not pay the asking price and wanted, in fact, just a mere 5.5% revision downwards of the price - seriously, just a drop in the ocean. Seller did not want to budge and preferred to receive payment by installments, which would take either 9 months or 4.5 months to fully pay up.

So I went away and looked elsewhere.

Just so happened that someone on TFW2005 was also selling a FM USA box, for US$250, which I thought was more than reasonable given the sheer size of the box (came with styro insert too). This is the seller's sale thread.

So I bought it, and here it is.

Very decent looking and depicts FM in all his 3 modes. 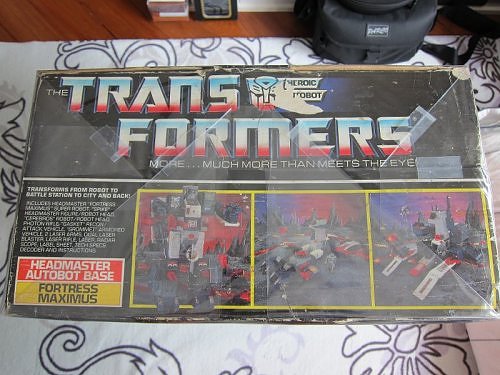 This is of course the most beautiful part of the box and perhaps its main selling point.

Full frontal shot of box front. Very impressive looking box art. Perhaps not as nice as the Jap box C-114 art, but very impressive nonetheless. It is this piece of art, rather than the C-114 piece, that brings back fond childhood memories for me. I remember a US boxed FM selling at Isetan Havelock Road for only SGD$110, and it was there for months and months and still no one bought it. 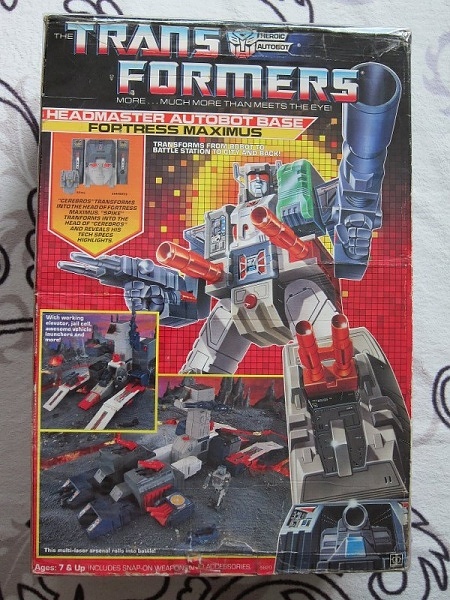 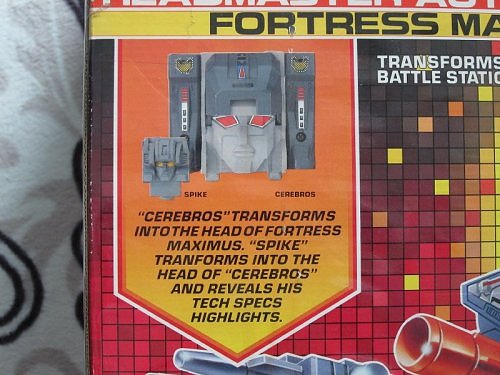 Close up of box art head design. Looks like the comic version FM is heavily influenced by this piece of art. 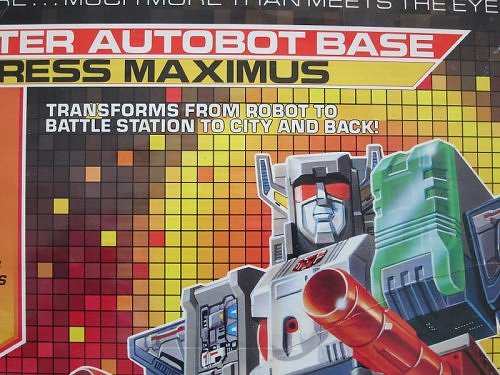 Close up of box art detail. I like the extra effort the artist took to show that FM was transformed from a city and that there are some parts with city lights shining though tiny little windows even when he is in bot mode. 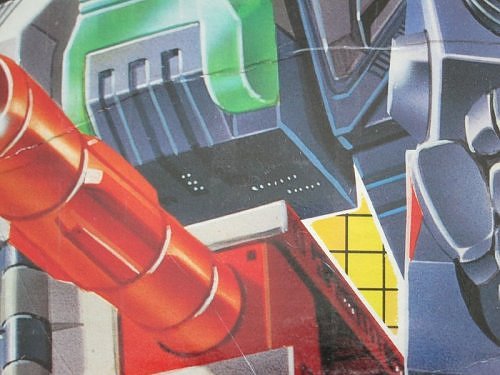 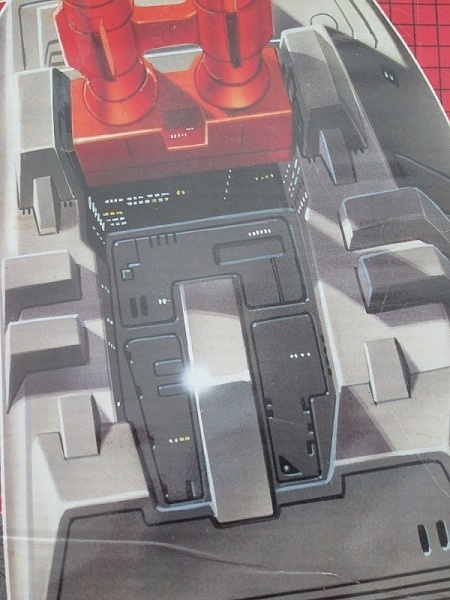 Close up of leg portion. Here it almost appears like there is a deep hangar bay or deployment area of some sort that extends inside FM's leg. Very cool. 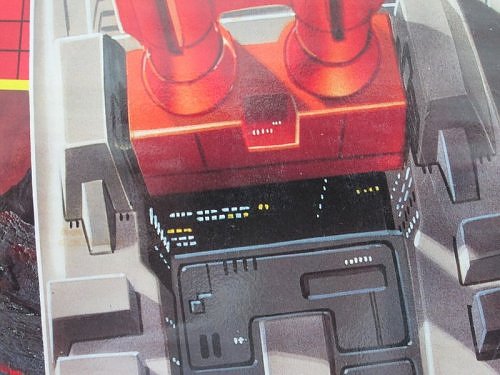 This is a close up of his left foot, where Gasket/Grommet appears to be rolling out from a very deep tunnel. Again, nice touch but very cool result. 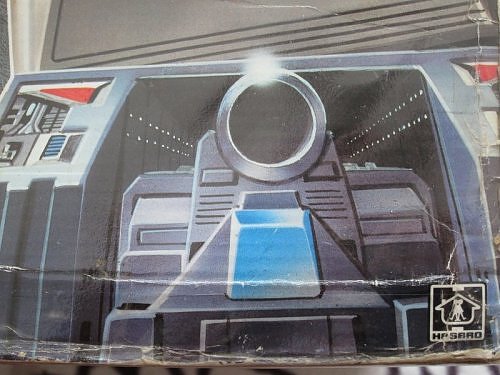 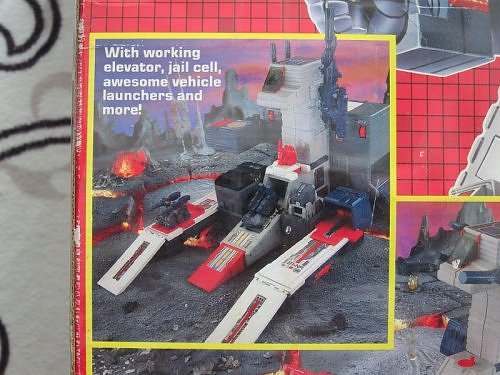 FM in battle station mode, one of the least convincing modes - 'this multi-laser arsenal rolls into battle!' 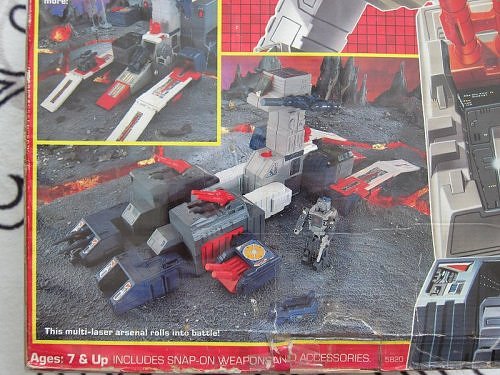 Ages 7 & Up. Actually, I doubt that even a 7 year-old has the strength to wrestle with and transform this monster! 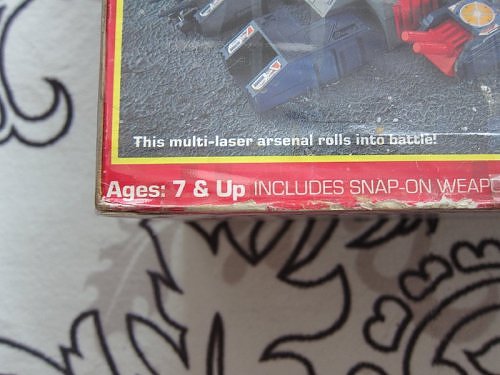 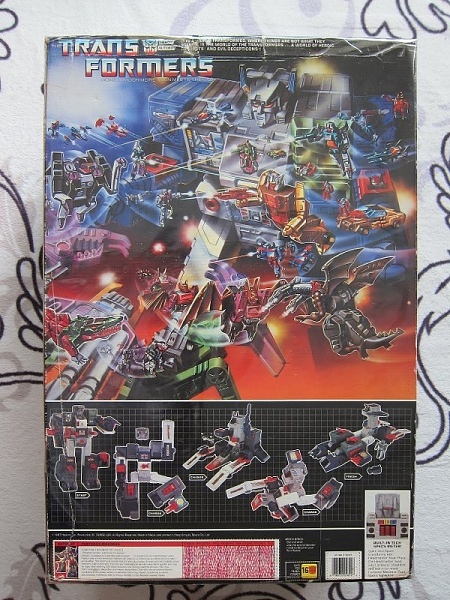 Lower half of the back of box showing the now classic transformation sequence. 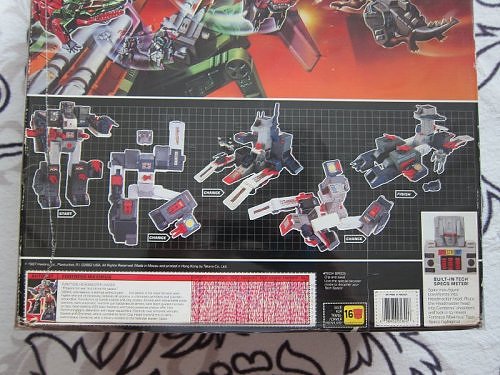 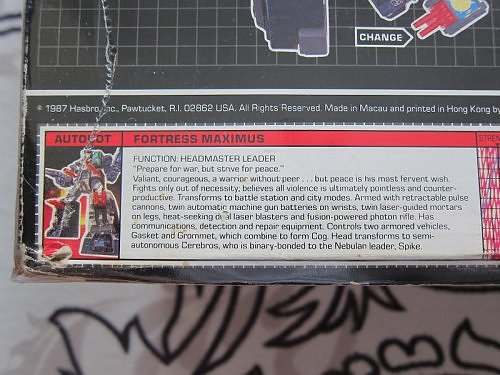 This guy is worth 16 Robot Points. Don't think there is another Transformer out there that is worth that many robot points. 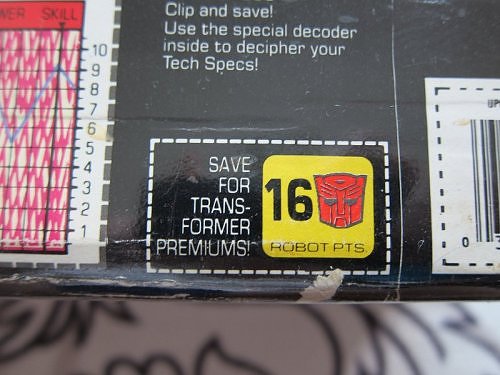 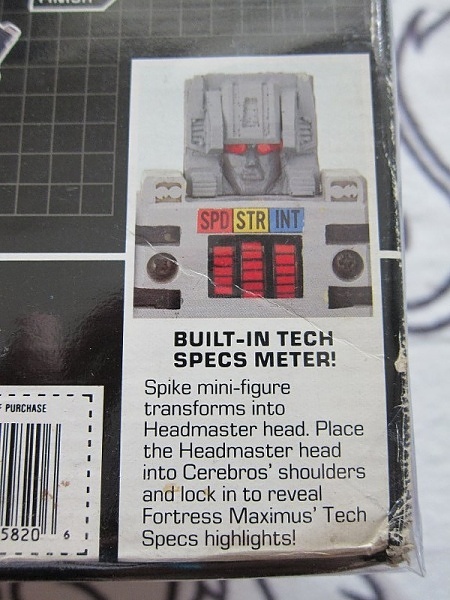 Both of the sides of the box look the same and they are laid out in a landscape type format with the same stock photos that were used for the bottom left of the front of box. 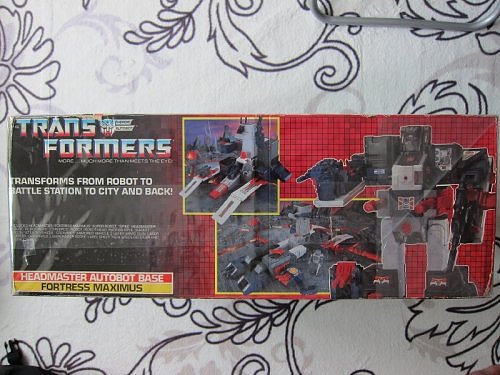 'Transforms from robot to battle station to city and back!'
I really like how vintage TF toys describe exactly what you get inside the package and even give the parts names. ie: not just 'contains 4 guns'. This is what FM includes: "Headmaster 'Fortress Maximus' super robot. 'Spike' Headmaster figure/ robot head, 'Cerebros' robot/ robot head, photon rifle, 'Gasket' recon/ attach vehicle, 'Grommet' armored vehicle, 2 laser arms, dual laser blaster, laser rifle, laser, radar scope, label sheet, tech specs decoder and instructions." My, that is a lot of stuff! 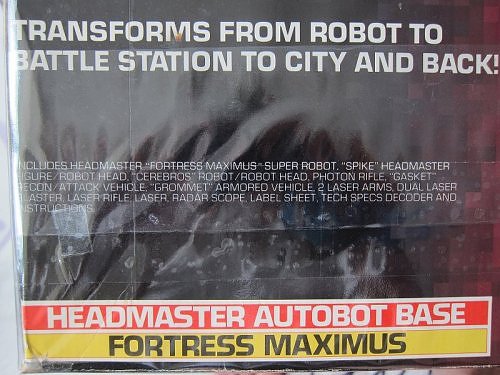 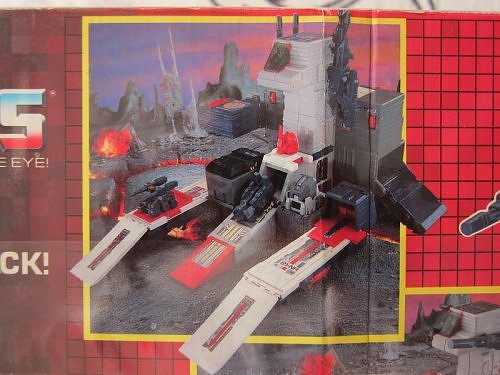 This is very much like the top of box, just that the background is in red rather than black. 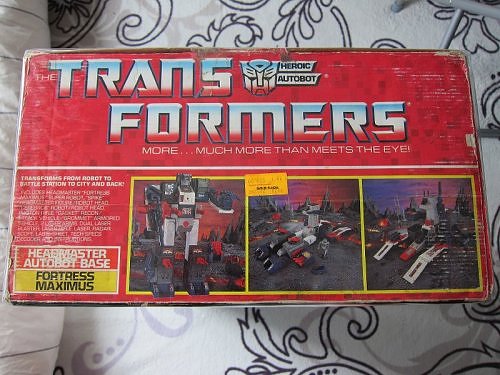 Again, we see a listing of what comes in the package. As a kid, I loved to read these (and the tech specs) at the department stores which sells Transformers. 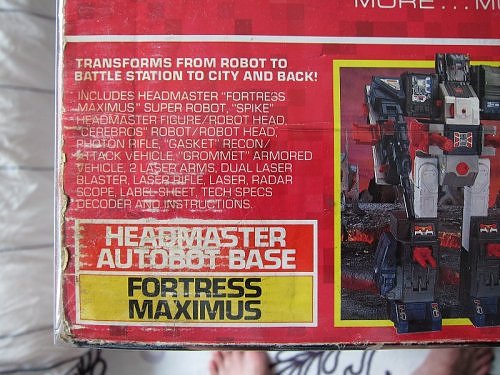 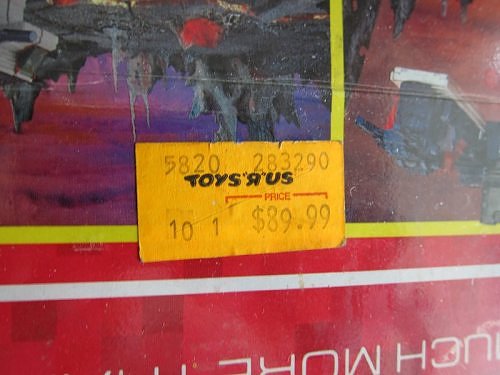 So then, what's the significance of this particular acquisition?

There is. And I will reveal exactly what in the next post...
Posted by Heroic Decepticon at 13:04