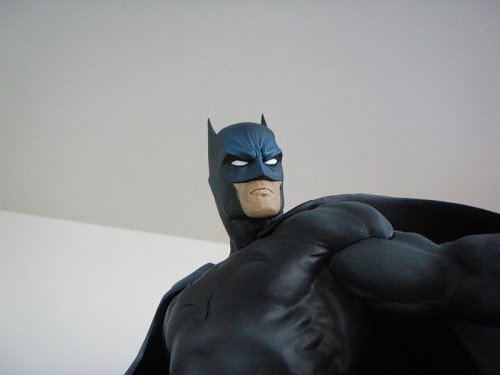 This is one sweet Batman figure.

I have been 'considering' buying it since March this year. Every week, I walk into King's Comics and look at it: 'should I buy it, should I not?'. One of the push factors was price perhaps. I thought AU$195 was slightly pricey for a statue, even one as awesome as this one. 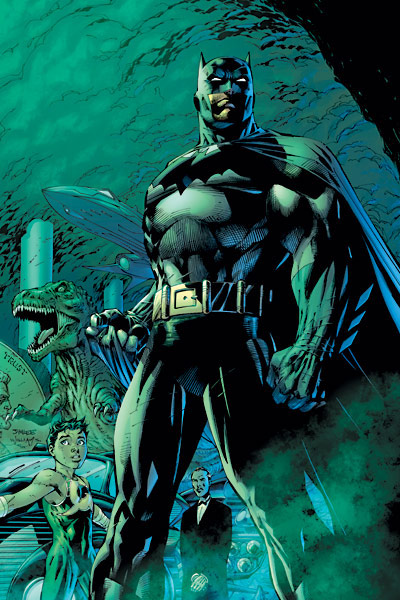 Week in, week out, visits to King's comics, ogling over this Jim Lee designed, Japanese sculpted Batman statue. E was on the verge of strangling me some days, 'just buy it' she would say. 'The price is not right', I would answer.

Then came a weekend at the end of May I will call the 20% weekend. This was a weekend where both Kinokuniya and King's Comics, quite simultaneously, decided it was time to have a 20% sale. For King's Comics, it was 20% off storewide except for new releases.

Quite naturally, my thought was 'Kotobukiya Batman by Jim Lee, here I come!'

On that day, E bought the statue to me as a present for my efforts of staring at it for so long each week. She even carried it home for me. No mean feat owing to the size of this monster of a statue.

Oh, and I bought the Kotobukiya Supergirl as well (one of the best Supergirl sculpts around I gotta say). So here they are, standing next to my cloth cape Superman... 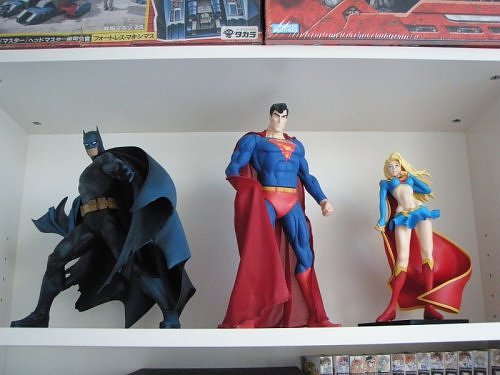 Kotobukiya Batman, Superman and Supergirl (interestingly, the cloth cape Superman, which I bought way back in 1999 is to scale with the two Kotobukiya statues) 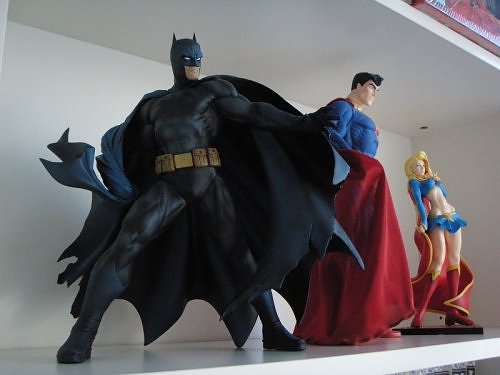 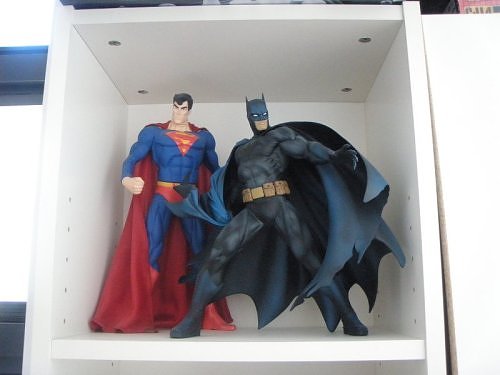 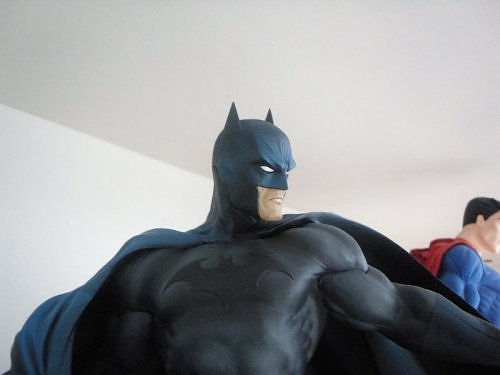