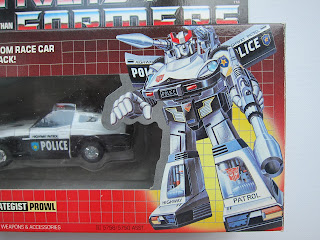 Very much like my recent D-60: Condor (aka Laserbeak) acquisition, this one is very much to get back that slice of childhood.

While I'm fuzzy about which Transformer was my first (I think it's Wheeljack), I'm almost 100% certain that Prowl was my brother's first Transformer. In the weeks following when we received our first Transformers, Prowl made up 50% of my brother's and my 'entire' Transformers collection. It goes without saying that our childhood Prowl and Wheeljack were in very well played with condition.

So, here he is - pre rub Prowl (ie: from the very 1st assortment of 1984 and one of the very first Transformers that graced the toy shelves). 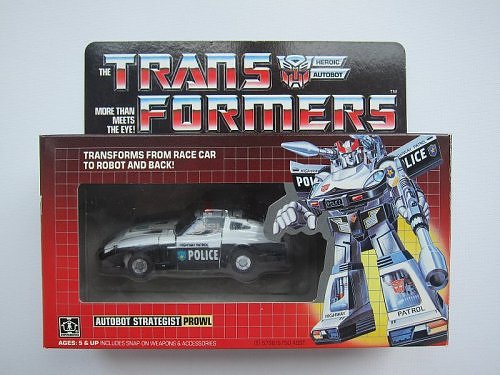 Another shot of the stunning box. 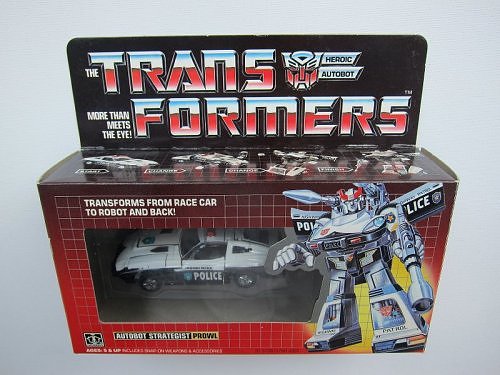 Close up of the toy. 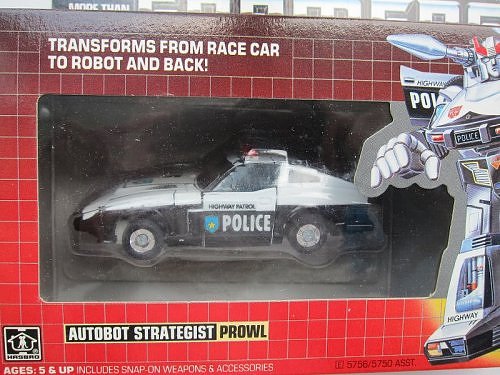 Love these top of box transformation sequences. As kids, my brother and I studied them intently especially when applying the stickers. 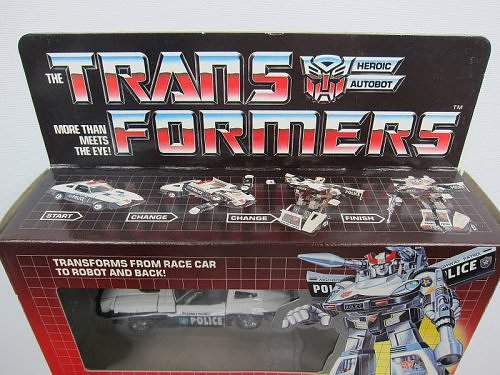 'Proof' that this is a pre-rub box - it says "TM" instead of "R", which all later releases of Transformers says. 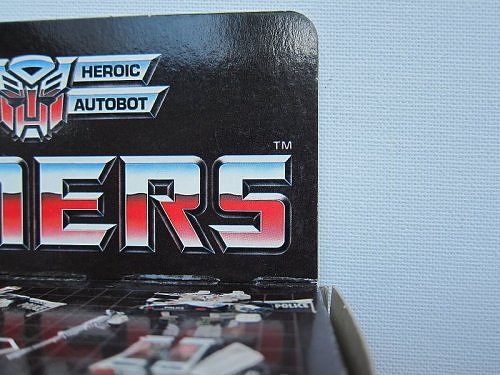 Back of box, no flap crease! 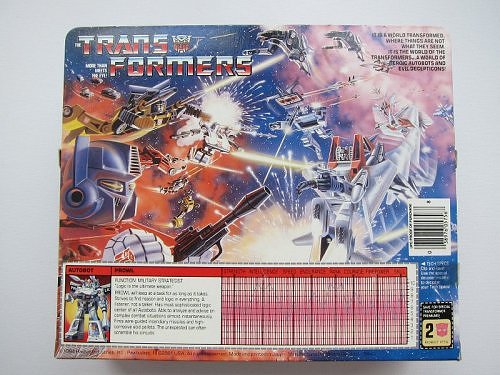 Out of box with contents still sealed in baggie. 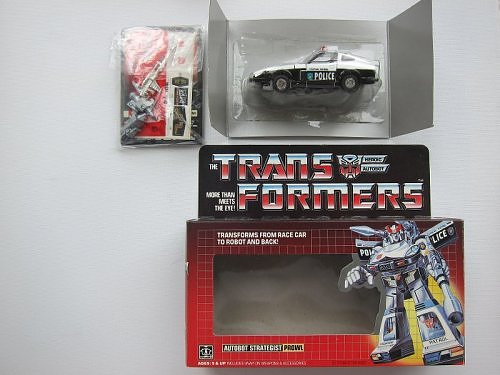 Close up of Prowl 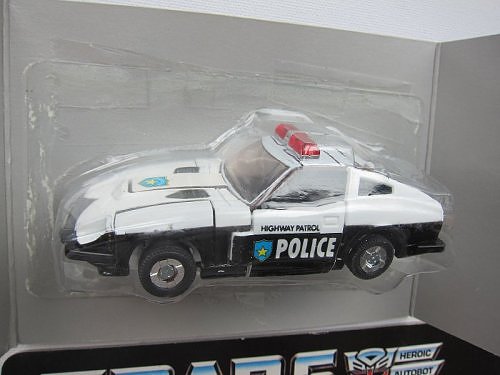 Further 'proof' of its pre rub status - the words in the police shield says "Diaclone"! 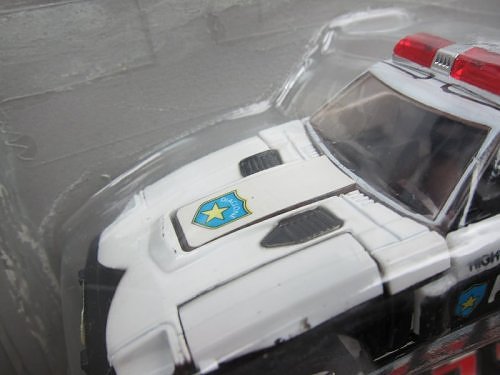 Prowl MIB pictured with Bluestreak, both of which I bought from an awesome TFW seller. 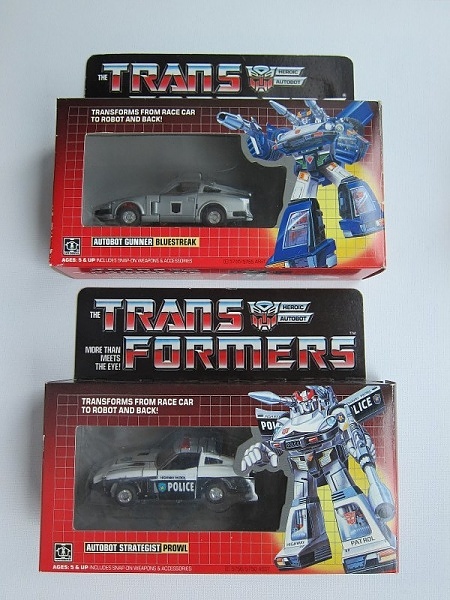 Posted by Heroic Decepticon at 18:04