Heroic Deception has moved and is (somewhat) back!

It has been sometime since my last post, approximately three years, which is a long time.

In the intervening time, I have not stopped collecting, but was not logistically set up optimally to take / edit photos and to post.

Recently, E and I have moved to a new place (yay!). The collection took some time to be set out and arranged. Plus E bought me a new computer (double yay!).

So, this post is the "first" act that I am doing with the new computer (not counting all the administration, installing, transferring of data, etc).

From OKC to now GVT, these are my current shelve arrangements. 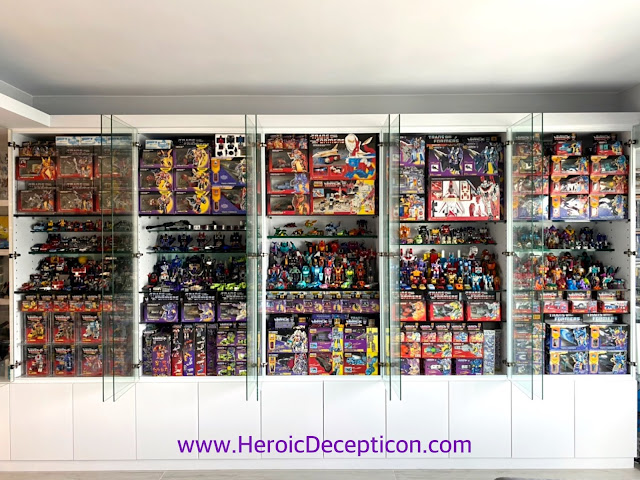 The idea here is for the "middle band" of shelves to contain loose figures which are more or less at eye level and for the upper band plus lower band to have boxed MIB pieces that are either US boxed releases or Japanese boxed releases. 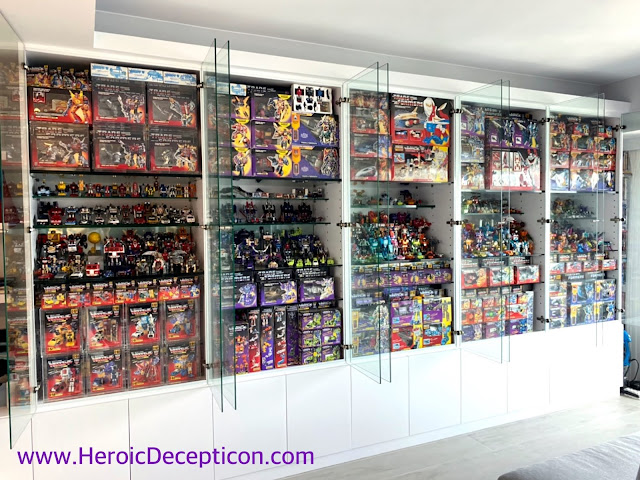 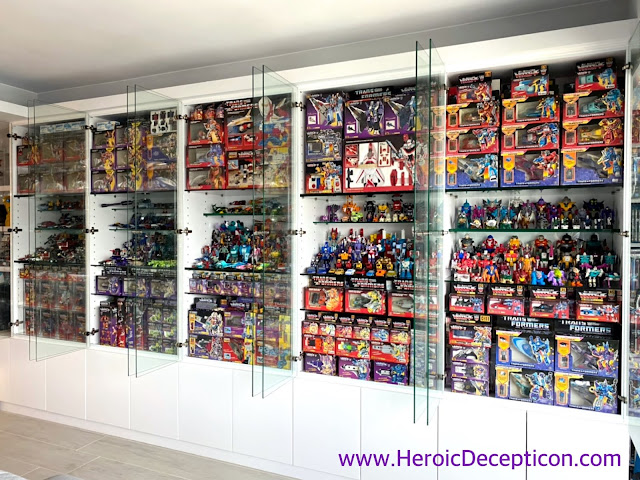 The middle "column" is for 1986 (Transformers: The Movie) characters and Combiners, both Autobots and Decepticons, where the boxed pieces features non-tamara toys such as Deluxe Autobots, etc. The fourth "column" from the left features the remaining TFTM cast, Season 3's cast, where the boxed pieces features Triple Changers, some of my favourite TFs. The fifth "column" from the left are the toys from the latter post-1986 years and contains a mix of Pretenders, Masterforce, Victory figures. 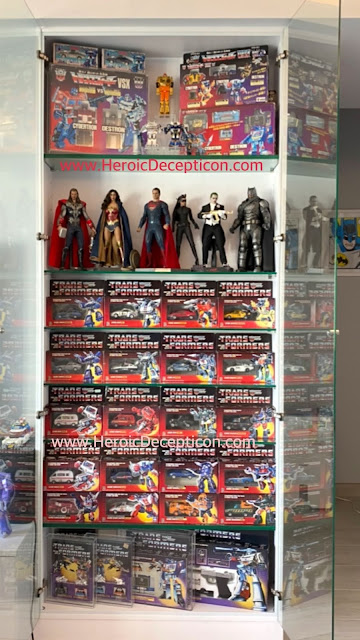 The above pic shows a stand-alone shelf opposite the long large ones. This showcases the pieces that are either very special or close to heart. Top shelf contains the trinity of holy grail gift sets, the VSX, VSY and VSZ, all of which are pristine and unused. One shelf down are Hottoys figures some of which belongs to E. Then, we have all 18 of the 1984 and 1985 original Autobots "cars" and in package (also unused) versions of the Season 1 Decepticons.

Below, is a close up of the shelves containing loose TFs, which I guess in photos, are more interesting to look at than a figure that is trapped in a package. 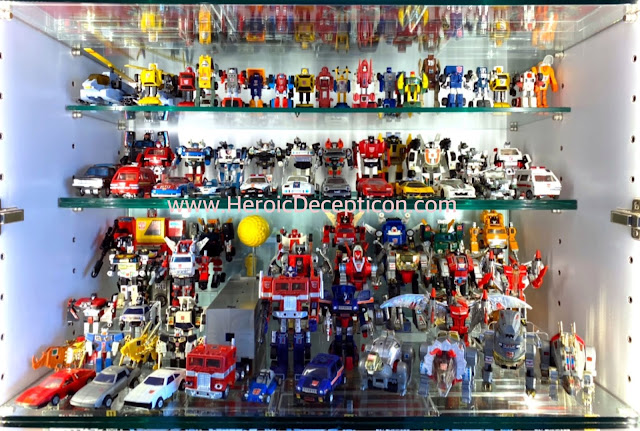 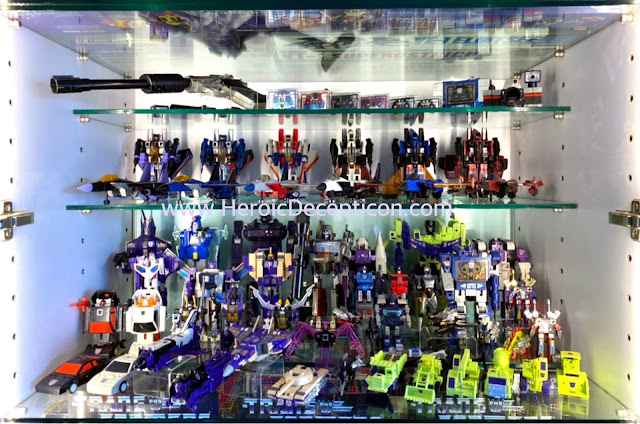 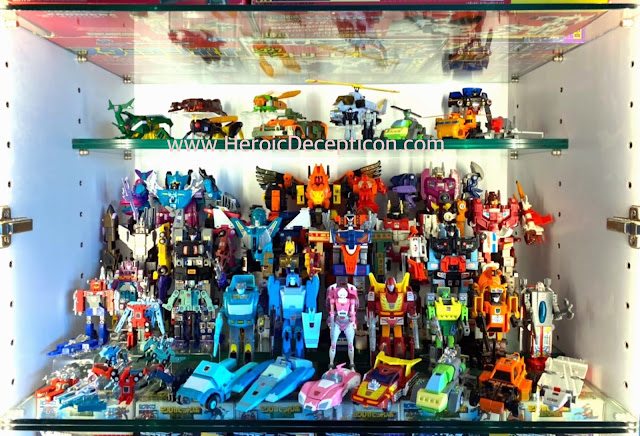 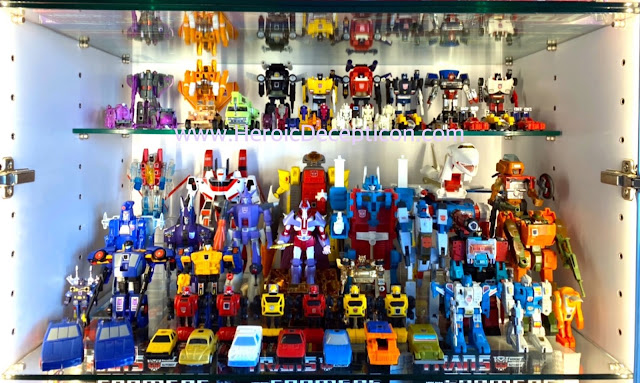 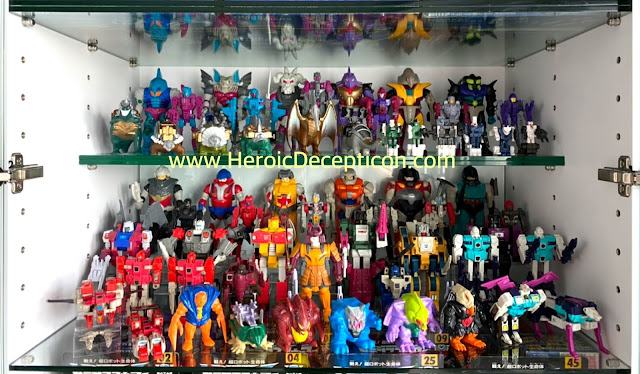 There it is for now, an update after some years.

Thoughts and comments welcomed of course.

I plan to write more.

Posted by Heroic Decepticon at 10:45