Another series of shots that are inspired by the great HeraldofUnicron...

As far as possible, I have tried to photograph a character in its USA Hasbro box, its Japanese Takara box and also a loose toy in robot mode (since the in package toys are usually in vehicle mode). For some characters, where I have them, I would also try and include a loose toy in its alternate mode in the shot. 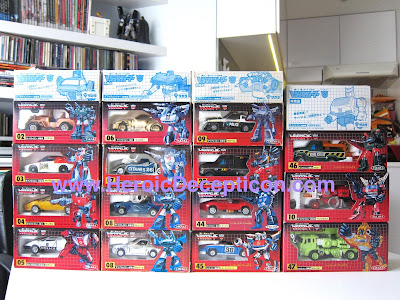 There is something about this shot, I just cannot put my finger on what it is...

In terms of inserts, I have tried to use either eHobby version or Encore version inserts because these are much more stable than the original bubble inserts. They have an overall different look, but are very stable. For characters with no eHobby / Encore reissue, I bought repro bubbles from BubbleFormer.com. 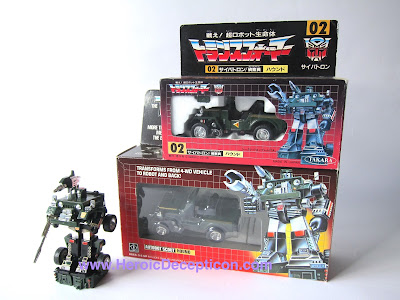 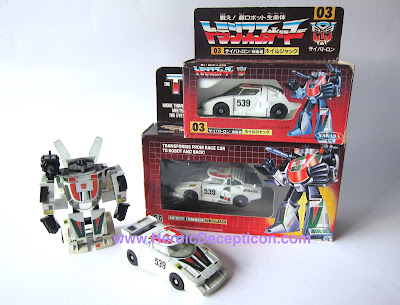 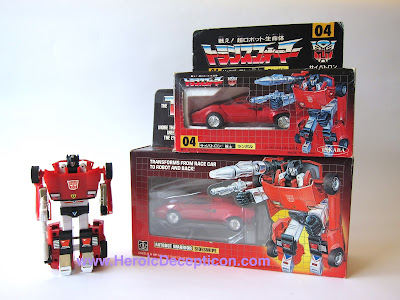 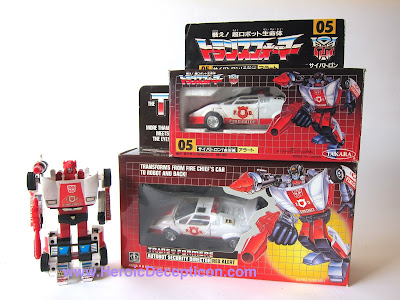 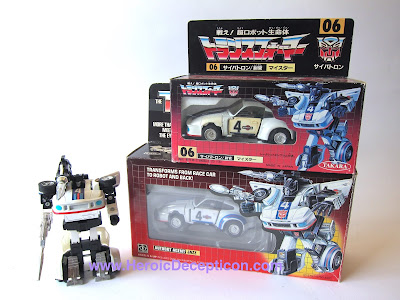 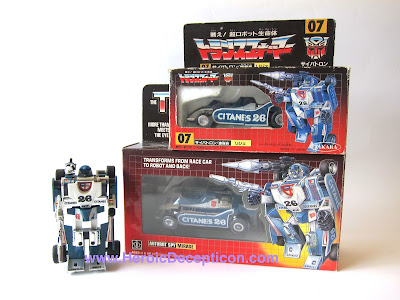 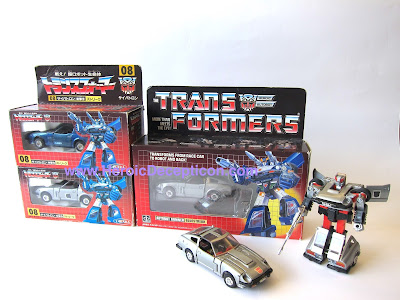 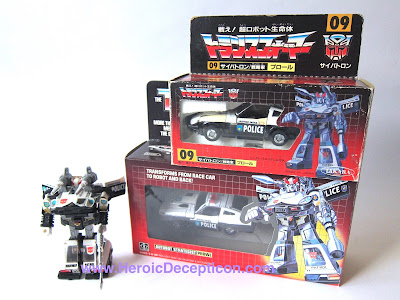 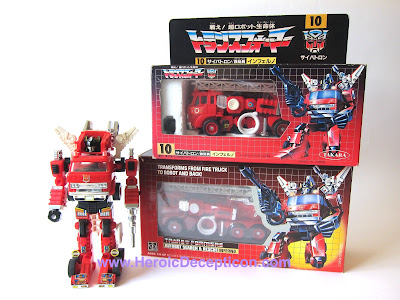 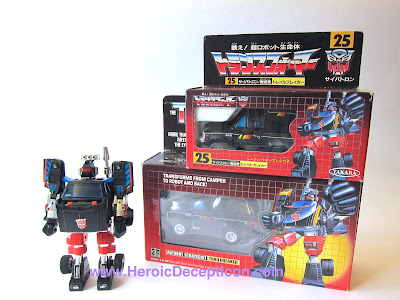 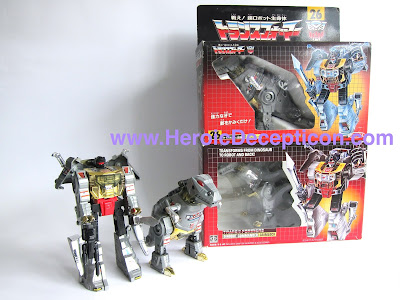 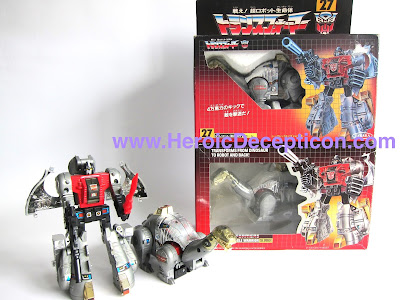 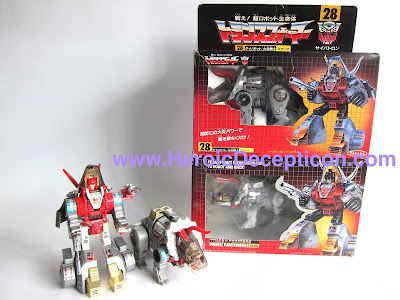 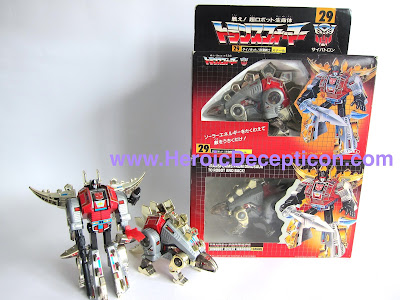 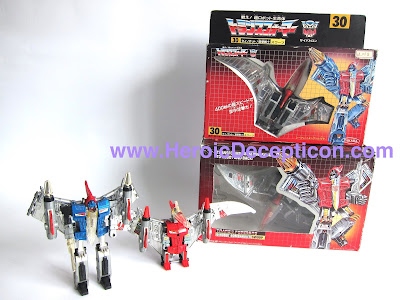 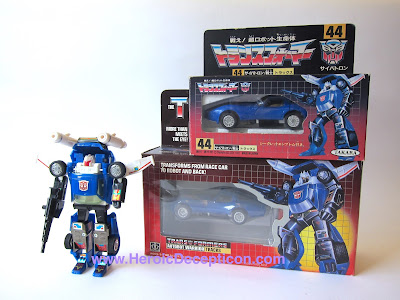 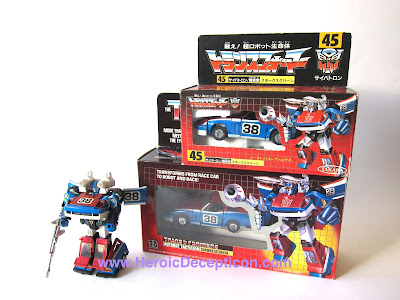 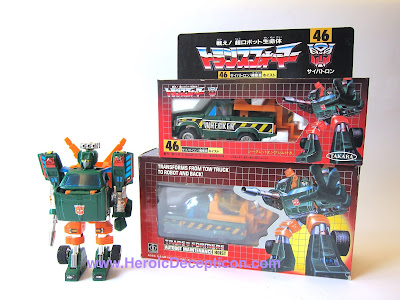 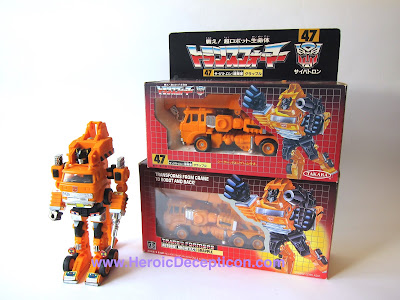 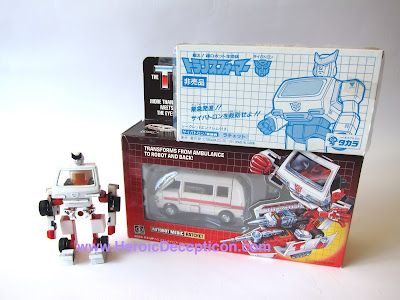 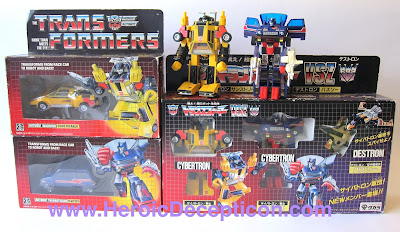 Posted by Heroic Decepticon at 12:36 3 comments: