I've been on many toy hunt trips. This time, I figured that rather than do a play by play, day by day, I'll just start and end with a 'bang' and go straight to the consolidated toy haul post.

Beginning from 14 December, E and I were:

I visited various places on my maps and also a few new ones in between. All in all, it was a great trip, highly enjoyable and a fun way to cap off the year. 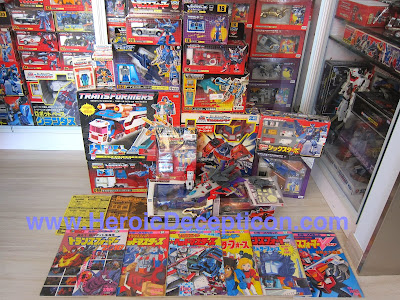 I am back from Japan

After a week and bit at Niseko (snowboarding), and a week and a bit between Sapporo and Tokyo, I am back.

Snowboarding was good, but sprained my master-arm, which is not so good.

Toy hunting in Sapporo was good.

Toy hunting in Tokyo was good.

Posted by Heroic Decepticon at 01:34 2 comments: 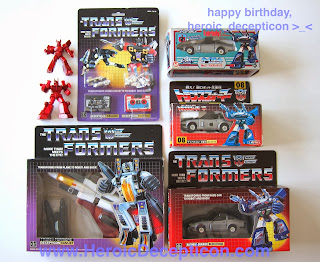 Today is my birthday.

Every birthday brings me one year closer to death. Happy Birthday to myself. Heh.

As many said, its not the destination, but the journey that matters. The journey is in turn enriched by the people around, and some of the really key ones are friends, collector buddies, if I may. Without them, I'm certain that my collecting life would lose a lot of its luster, a lot of its attraction.

A supportive wife, E, does wonders always as well.

This year's birthday happens to coincide with the exact day a year ago, when E and I moved into our new place. So, in a way, its 'extra' special.


The danger with inviting people to say something is that I'd end up inviting either too many, or not enough. Or I'd miss out inviting those who feel they ought to have been invited, but weren't and it then could be upsetting.

Now, if I then say that I have invited the collectors whom I talk to the most often, it may also cause offence to some who might think that I just haven't been talking to them enough! 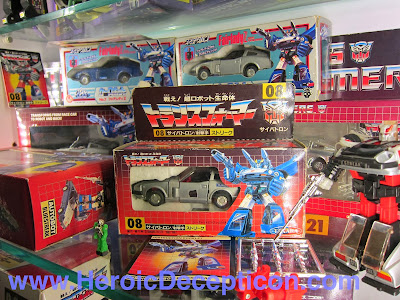 Because what's worth doing is worth overdoing

It's a difficult decision, but in the end, I invited 3 collector buddies who at some point or other had actually given me gifts, and, also E (naturally). How shallow of me. I know right?

Once I identified and asked these guys, and they have kindly responded, I faced the dilemma of how to place them - in which order? I assigned a name to a poker card and I drew them randomly (I wanted to draw names out of a top-hat, yes that would be cool, but I don't have a top-hat).

So here we go, other collectors' thoughts about me will be presented in this order - E, Arkvander, VF-1 and Maz.

Am I a good guy, a bad guy, or just a non-entity in their minds? Find out after the jump.