Today is the day when More Than Meets the Eye #28 will be released.

In other words, MTMTE Season 2 is going to start! After, to me, the non-really-exciting-event that was Dark Cybertron, I am so excited for MTMTE to continue!

Here I look back at some of my favourite MTMTE covers from "Season 1". 2 of my favourites were #7 and #18, but on the whole most of the Milne covers are pretty darn nice. There were some instances where I have opted for "Cover B" because I felt that convoyed the interior story a little better.

So here they are, my favourite MTMTE covers from Season 1. 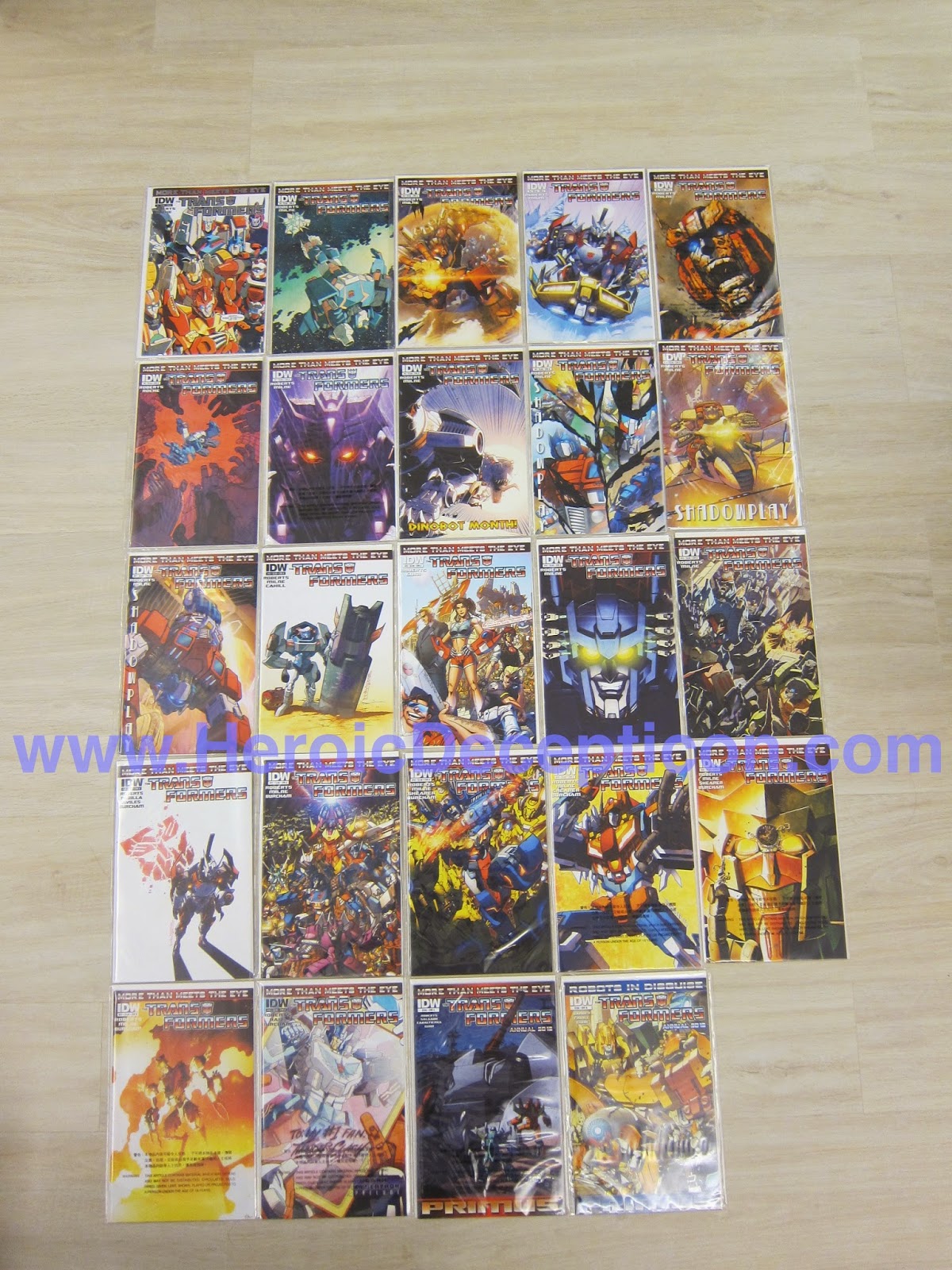 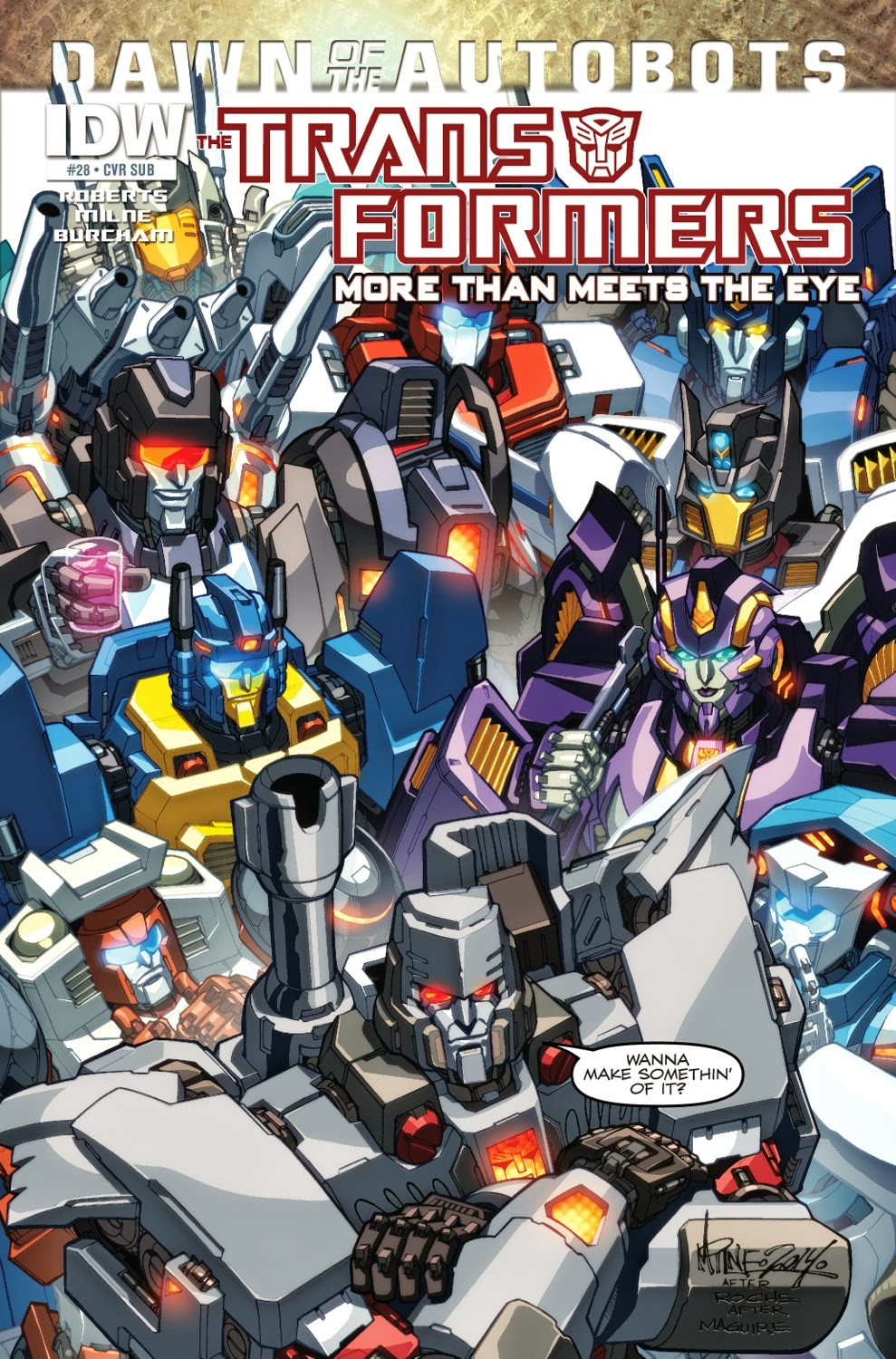 Posted by Heroic Decepticon at 08:46 6 comments:

So for this post, because I am lazy and actually 20 mins away from leaving to the airport to go to Fukuoka, I thought I actually wouldn't write anything and let the photos do their talking for one of my favourite G1 pieces, that was never available in Singapore when I was young, Skywarp! 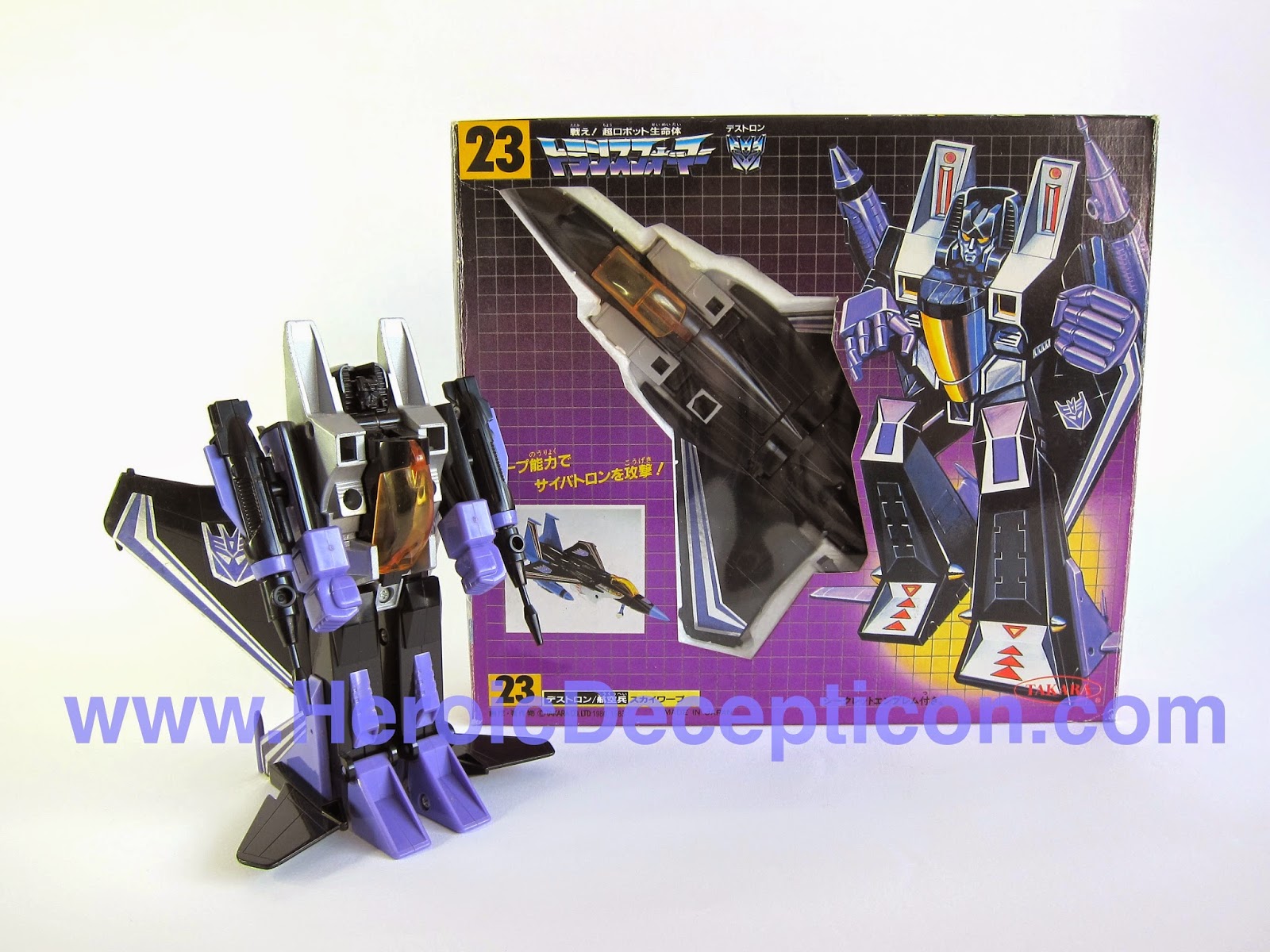 The first seeker is none other than Starscream himself, the Decepticon Air Commander - he is #9 of 36. 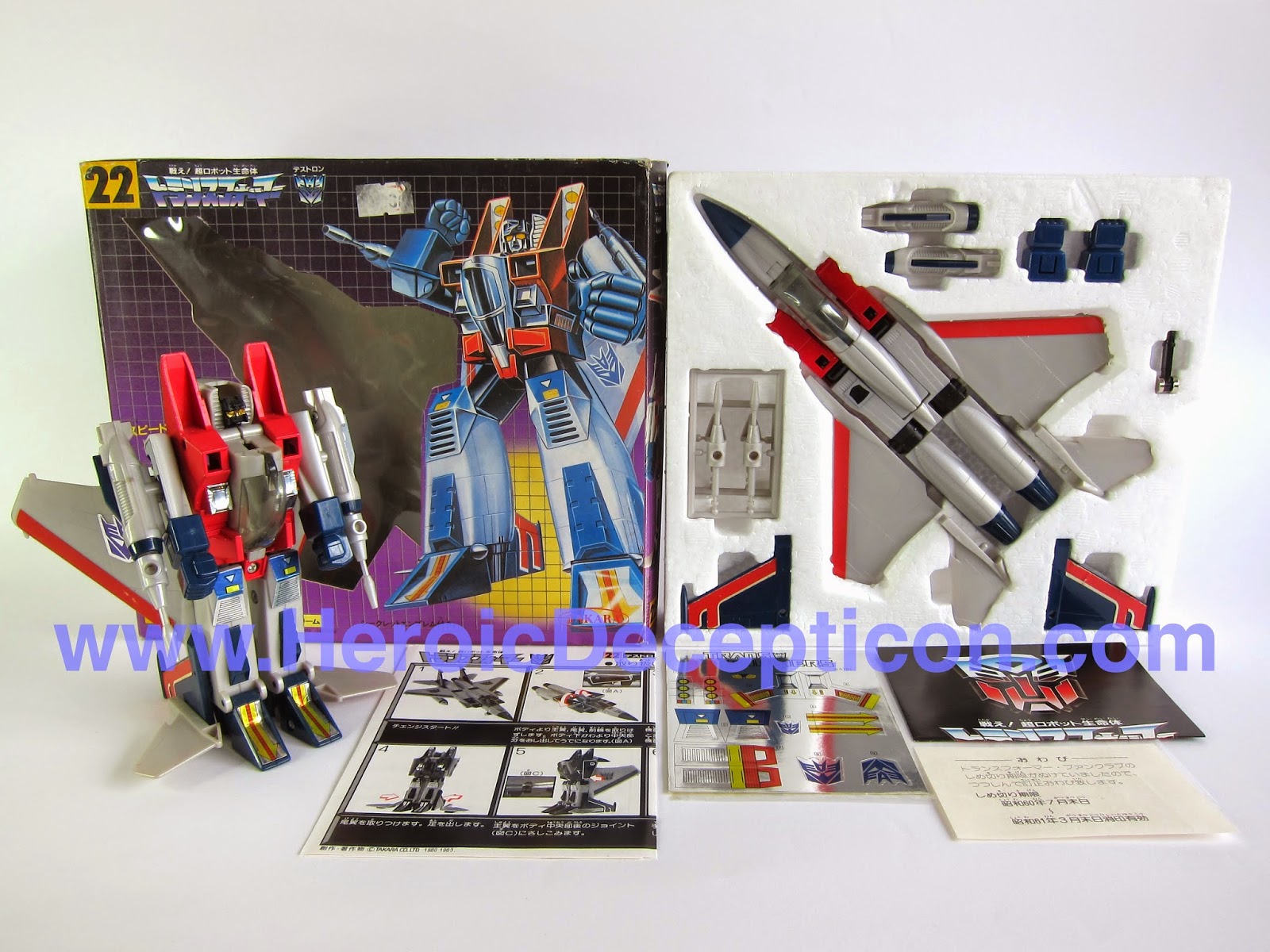 There is not much I can say about Starscream that has not already been said. So, I will be brief and say 2 things:

(1) this post is dedicated to the Cave Collector, one of the most enthusiastic Starscream fans out there (or 'Starscream slut', as he likes to refer to himself as).

Now onto the photos...

One of my all time favourites. What more can I say? 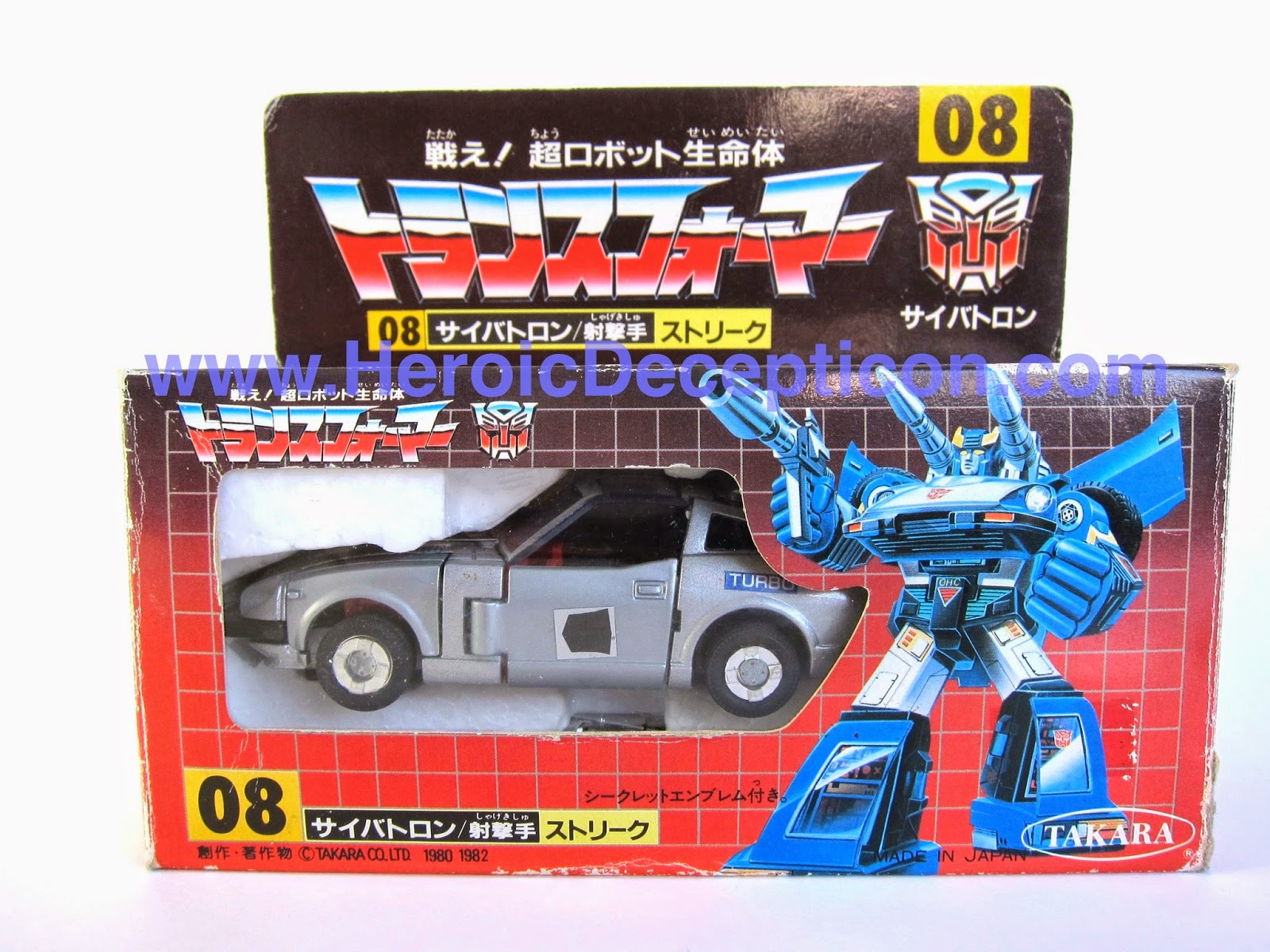 One of the key reasons I really love this guy is because of the box art - look at it, it's absolutely stunning. Thanks to Ginraii for doing the below pic for me. 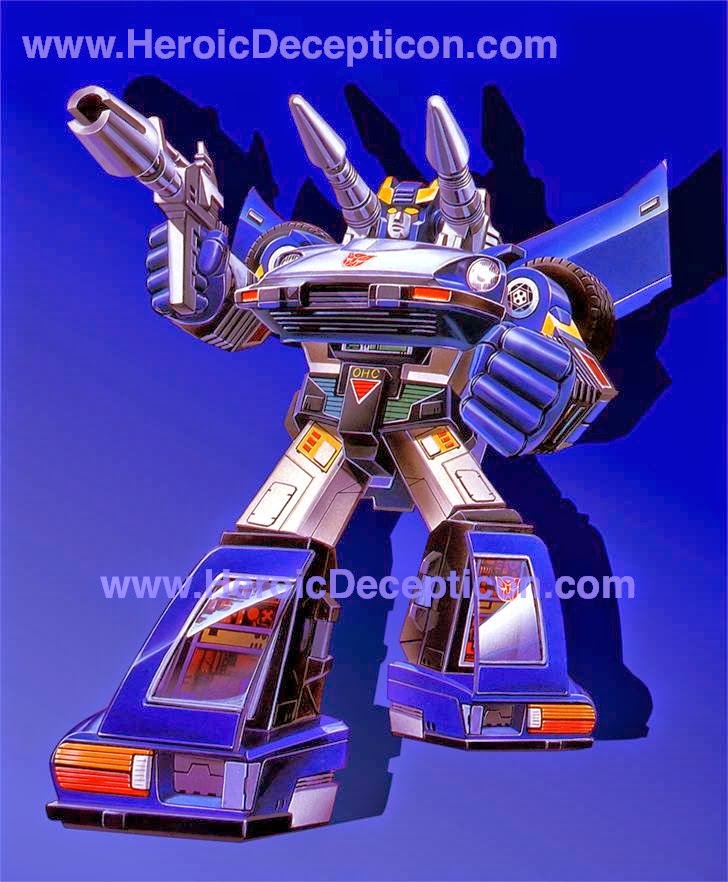 So, this is the Takara Japanese boxed Bluestreak, one of the more difficult early Autobot cars to find in Japanese box. Certainly still commands a pretty hefty price, compared to say Prowl or Smokescreen, despite it being reissued just as many times as the other 2. 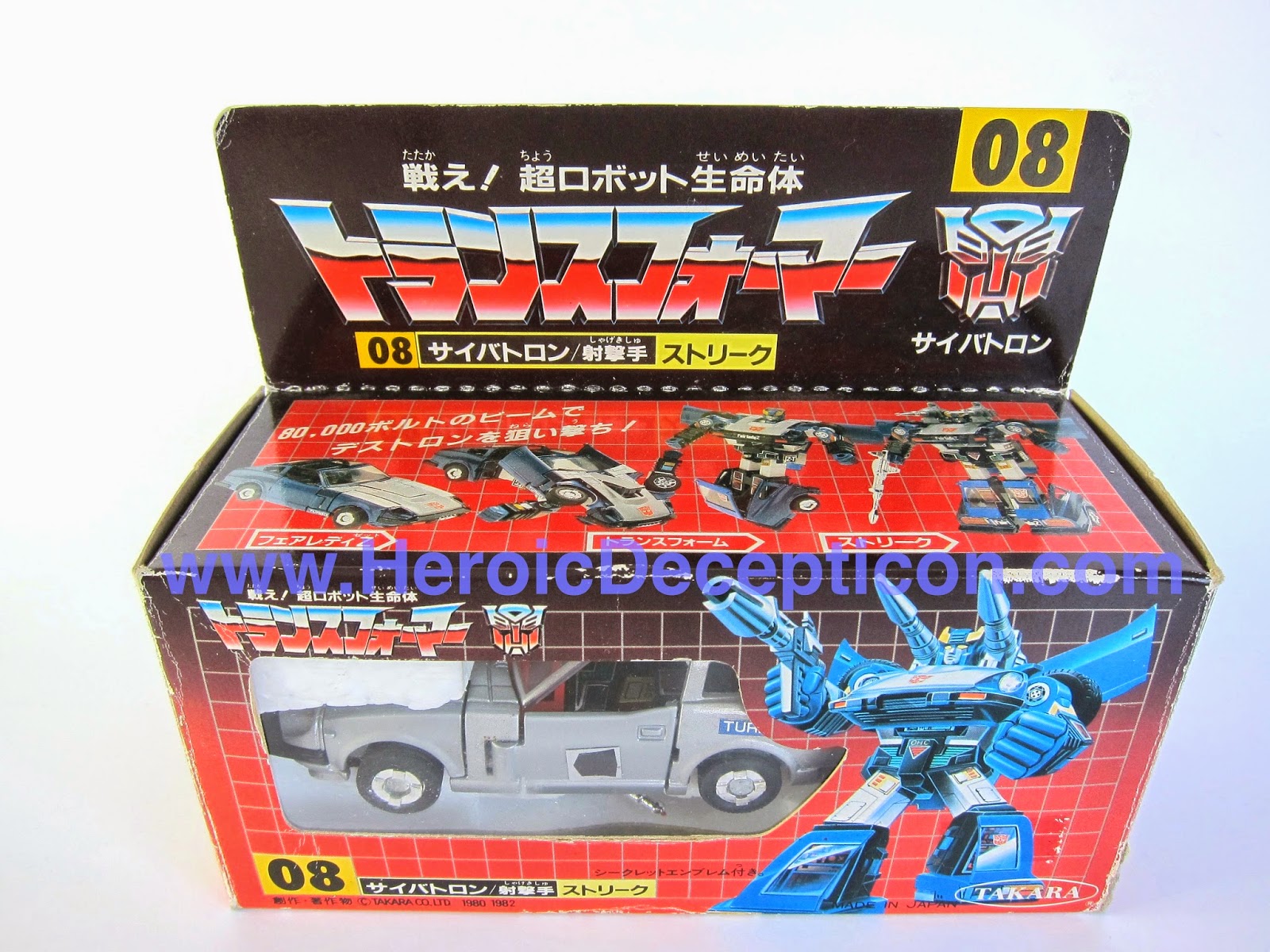 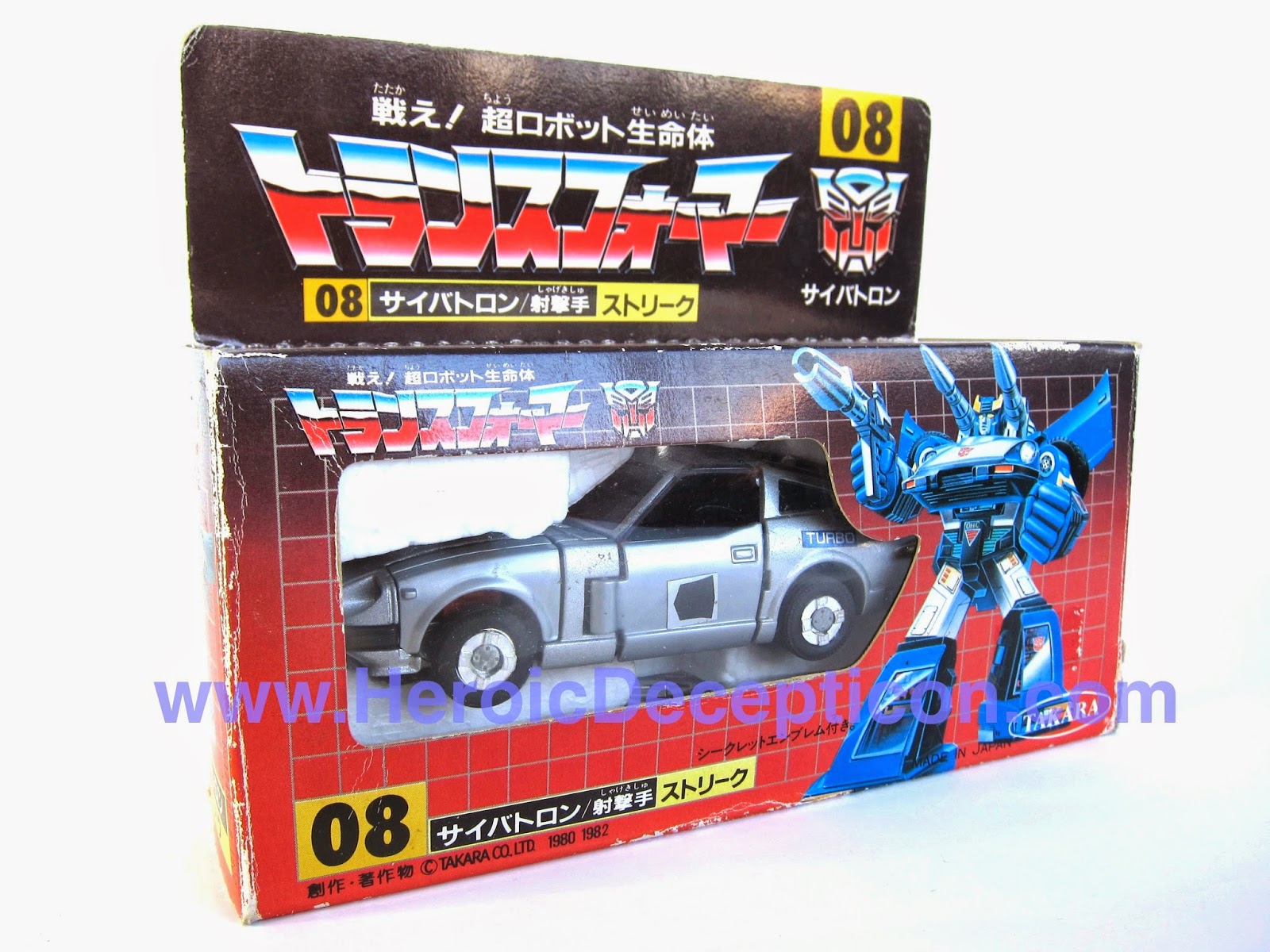 The rub-sign orientation for the Jap piece is different from the USA reb-sign figure - see below for comparison.

I previously wrote that I obtained the Takara 37-Devstar giftset here.

Below is a quickie shot of all my Devastator giftsets, while I was re-arranging my shelves. 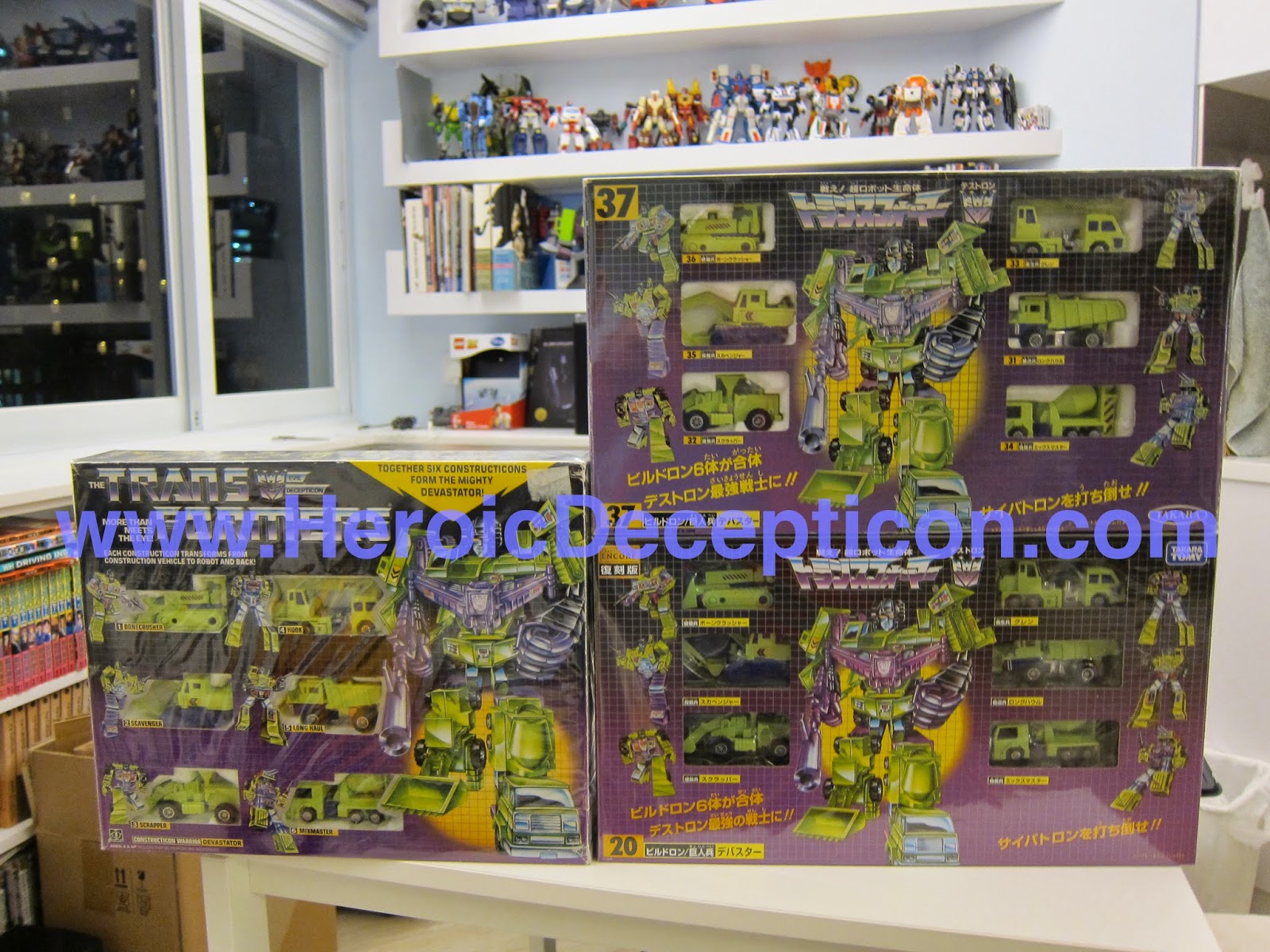 Posted by Heroic Decepticon at 19:36 3 comments:

The aim was really to get all of Japanese numbering "01" to "49", but because Blitzwing (number '43') and Astrotrain (number '48') are within the numbers, I 'had to' also get Octane, the remaining Decepticon triple-changer. 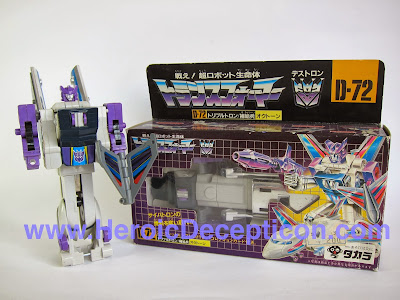 This is a very minty piece. Absolutely 100% complete and unused, with all paperwork and unused sticker sheet. A stunning specimen. 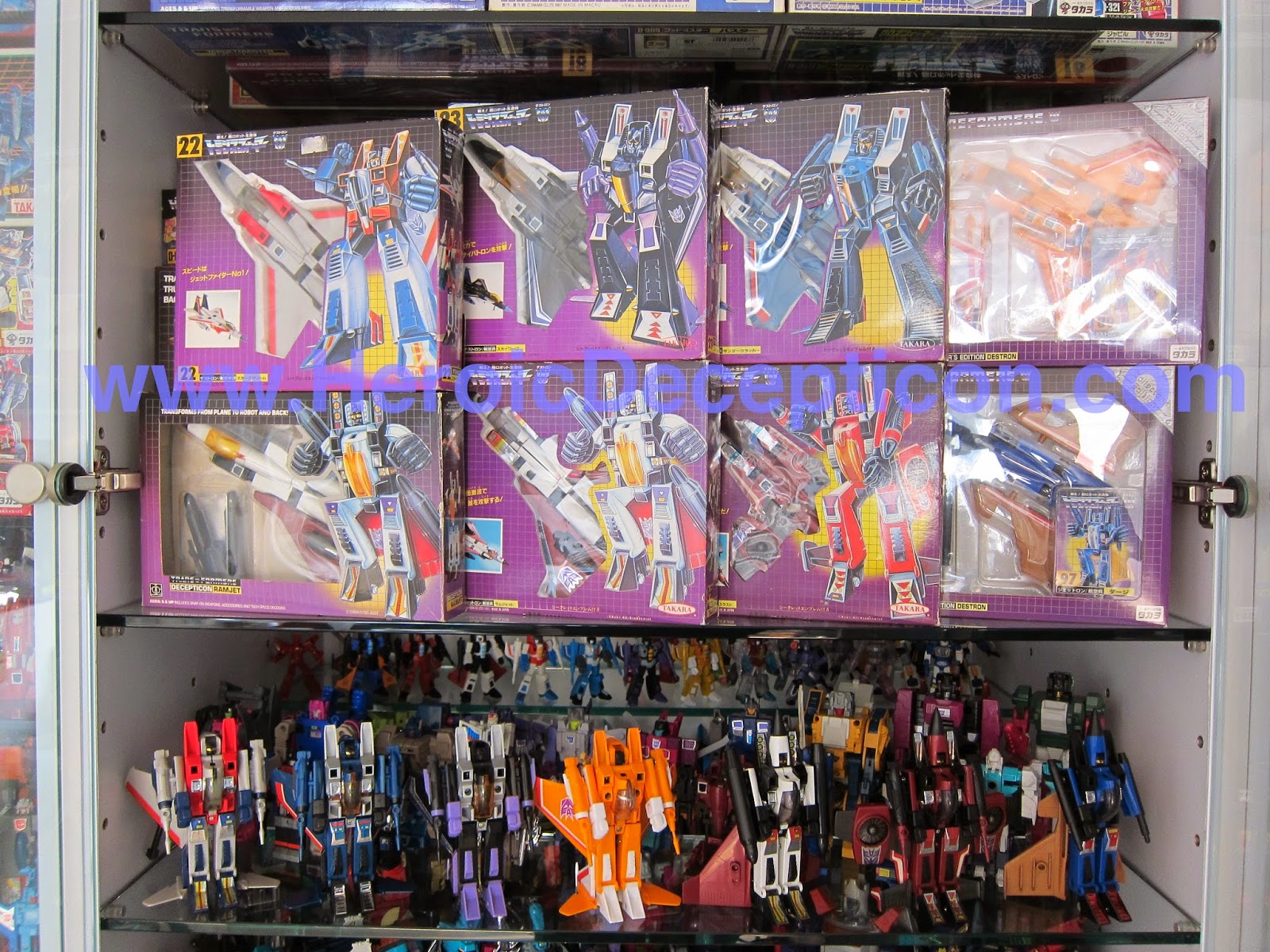 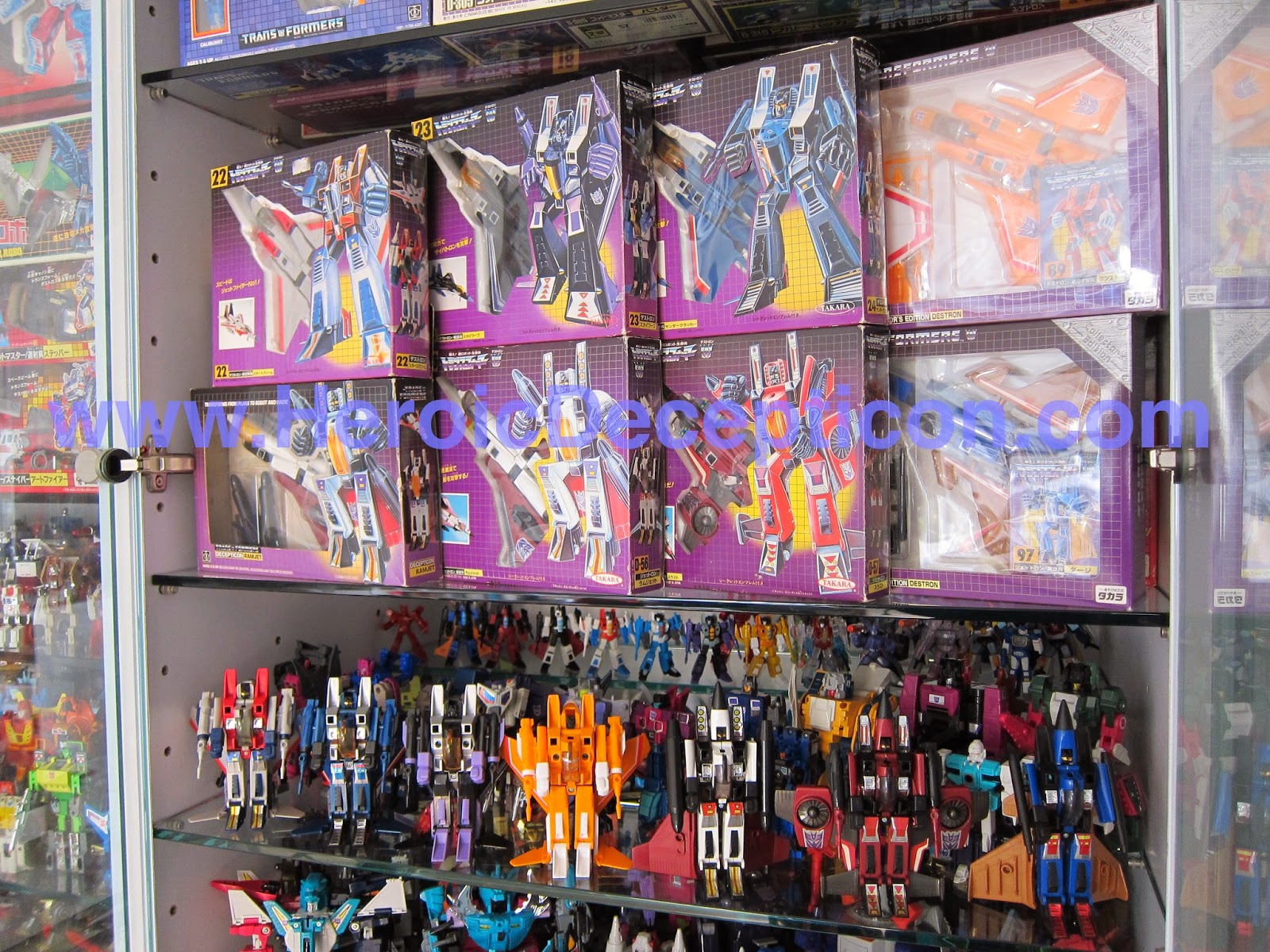 As many of you may know, I have started trimming down on my collection and therefore have sold a number of TFs.

Before some of these go, I'd like to record the Japanese Mail-Away Transformers that I have - these are the more significant ones, I feel, because they are packaged differently from their US-counterparts.

By the time of this writing, some of these will no longer belong to me. 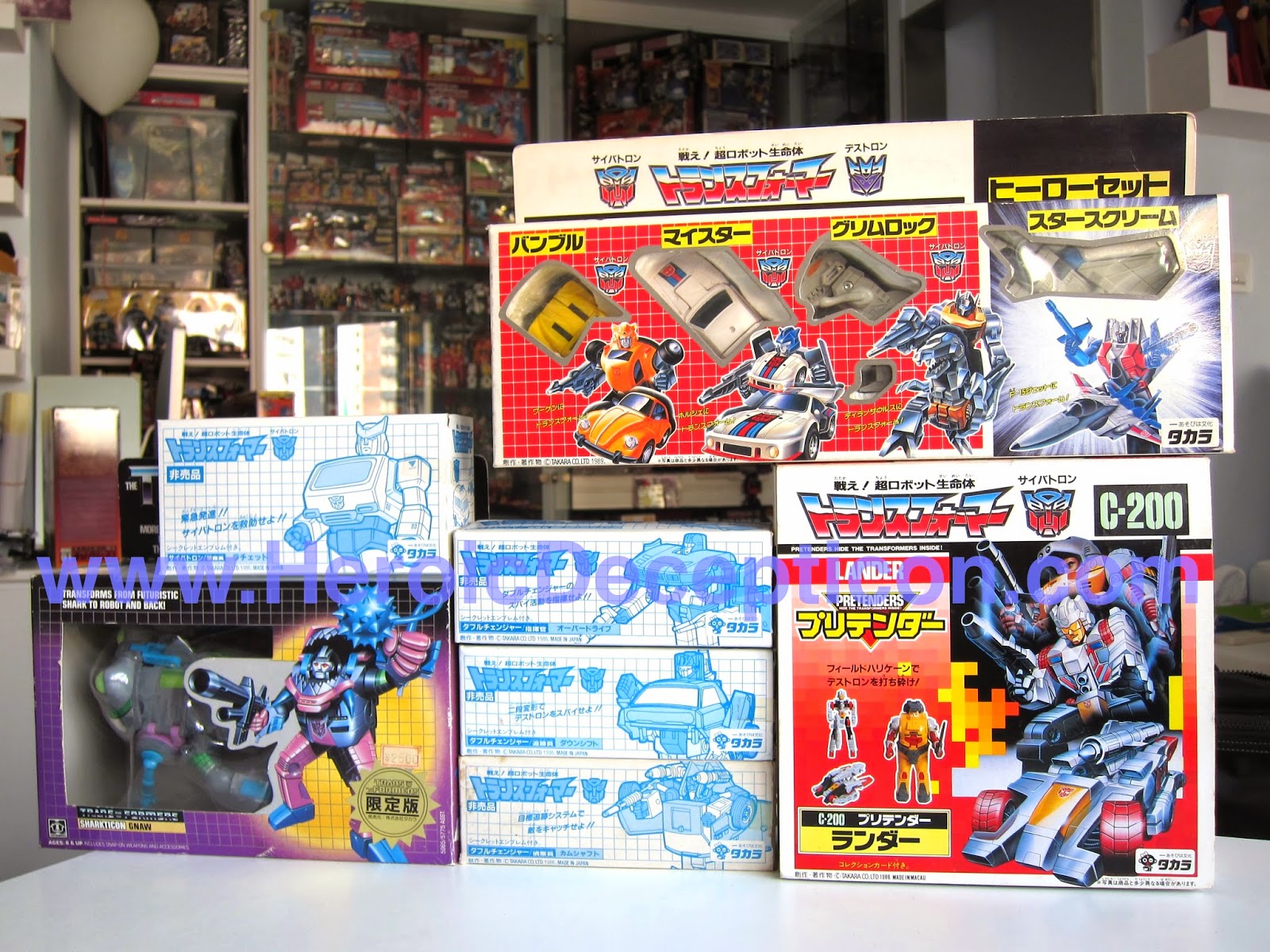 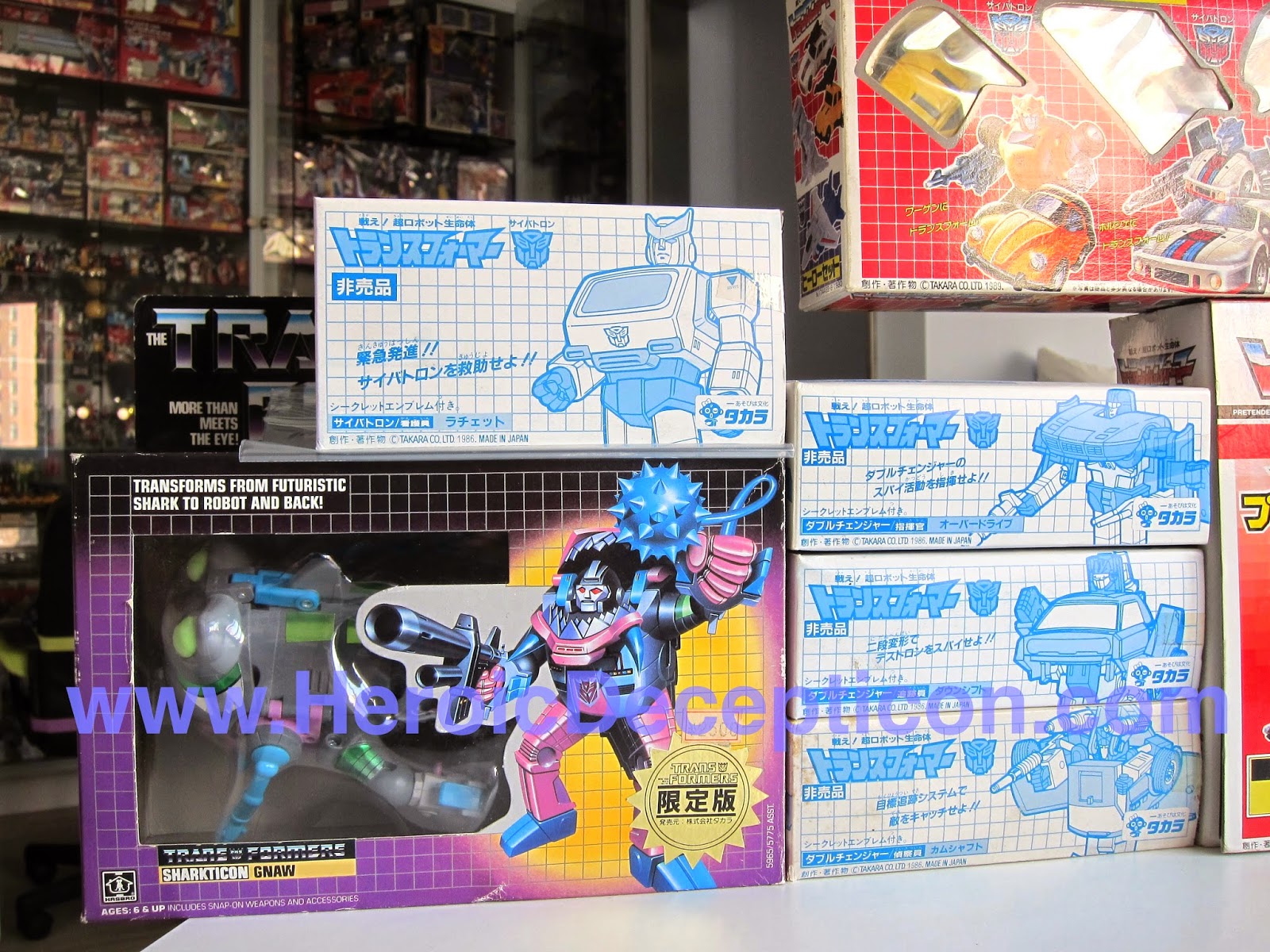 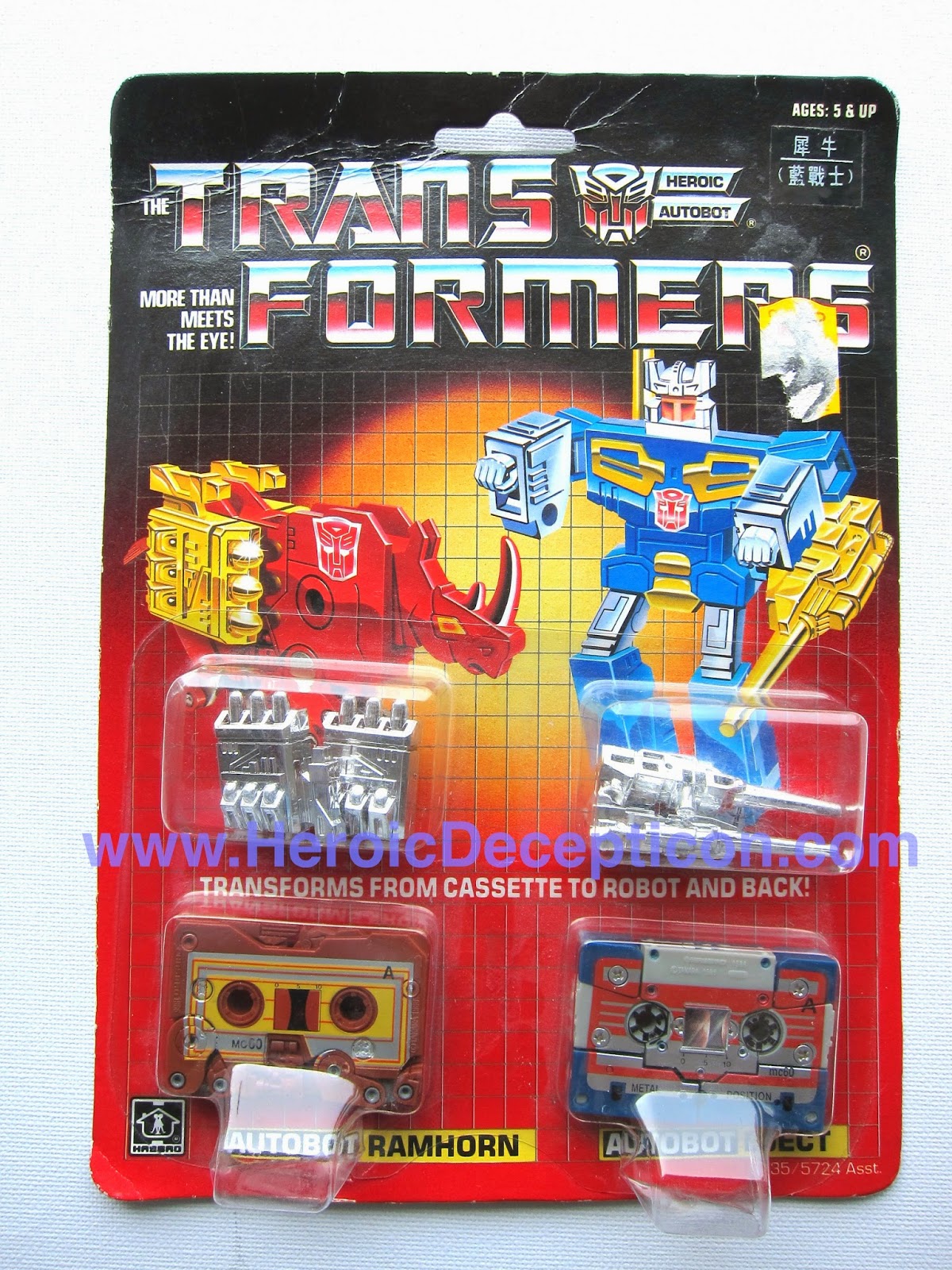 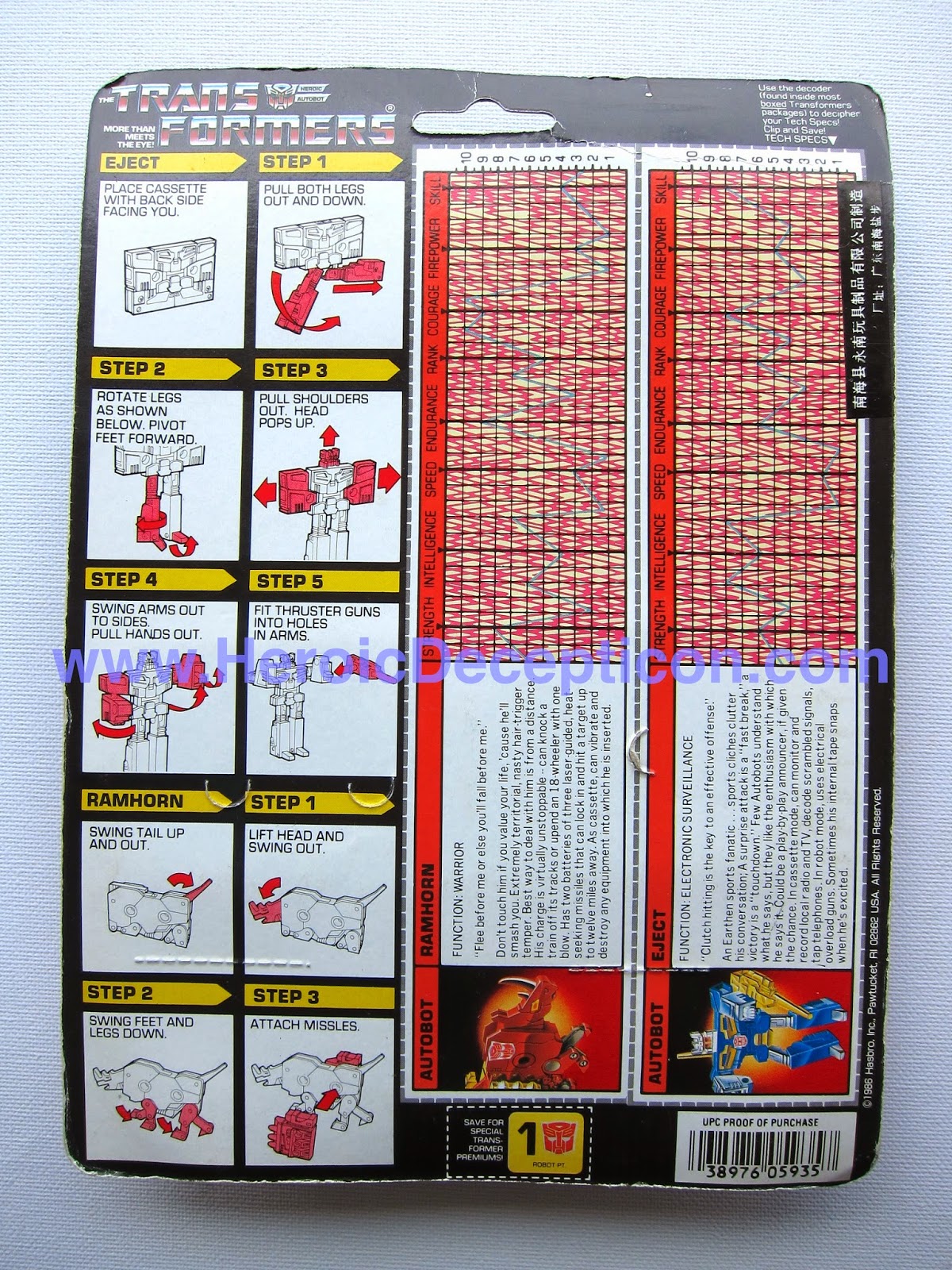