Them little monsters - a prediction of price increase

Continued from: Them little monsters

I have a theory about the price of them little monsters, which is the main reason I acquired them back here.

Here's the theory: there is every likelihood that Monstructor prices will rise even more over the next 3 to 4 months.

I'm comparing this situation with what I like to call the 'Sunstorm Surprise' in 2003/2004. Sunstorm was a 'wtf is this character' when released? But a few months later his price skyrocketed due to the first story arc in Dreamwave's TF G1 vol 3.

*warning, possible spoilers if you have not read Transformers Spotlight: Optimus Prime and/or Dreamwave TF G1 vol. 3 #4*
That's my prediction. Spotlight Optimus was published in Aug 2007, so I think a hike in price may start to occur in Dec or early Jan next year, but only time will tell. 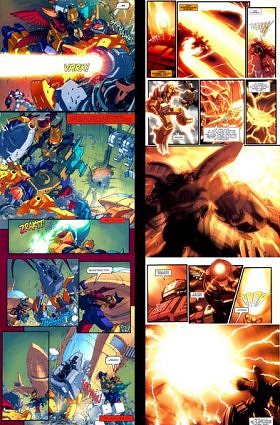 ***
Read all 'Them little Monsters' chapters:
Chapter 01: Them little monsters
Chapter 02: A prediction of price increase
Chapter 03: They are here!
Chapter 04: Gunning the monsters

***
Thread on OZ Formers Board here.
See what Botch the Crab has to say here.

Posted by Heroic Decepticon at 22:29