I hated him because he caused the death of Optimus Prime. Sure Megatron may have been primarily responsible, but if Hot Rod didn't interfere and get used as a shield, Prime would have shot Megatron before the latter could fatally wound him.

'Wow Hot Rod is cool. I like him' was what i found myself saying a few days ago. I was bewildered to hear myself say that after having hated Hot Rod for the better part of 20 years. What is happening to me? What is the reason for my change in heart? 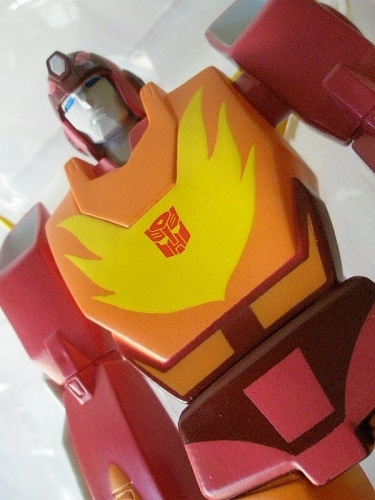 This baby is so hot that I can't take my eyes off him.

I am incredibly impressed with Hirofumi Ichikawa's design and Yujo Koike's sculpt of Hot Rod. So much so that I've decided to do a series in 4 Chapters to fully pay tribute to such an awesome figure.

Next: The Origin of Metalverse Hot Rod