The Grand daddy of Transformers - going to HK

Off I was to HK the next day. Little did DV know that I am very familiar with HK. There are only a handful of shops that stock vintage TF gems and they are not hard to locate. Sure enough, I found a shop that had a Grand Max cleverly hidden away on the second day of my trip.

I walked in and asked to see the piece but was promptly told that it was ‘not for sale’. Something’s starting to sound familiar here, in a good way. I convinced them to let me at least look inside the box. I gingerly handled the toy, picking up each part with the softest of touch, all the while maintaining an awestruck expression. My gf (at that time) rushed into the little shop when I pulled out the Grand Max unused and still sealed sticker sheet.

The shop-owner, maybe taking pity on me, agreed to sell it- for the equivalent of S$1500 (coincidentally the same amount DV mentioned). I walked out to think about it because that was a large sum of money. My at that time gf, mad about the sticker sheet (I don’t know why), kept pestering me to buy it.

I went in, negotiated the price down to S$1300 and bought it. I bought Grand Maximus, the Masterforce Solar System Commander, the grand daddy of Transformers!

‘DV, I found the Grand Max you mentioned. I bought it for S$1300’ I said smiling and radiating with joy. 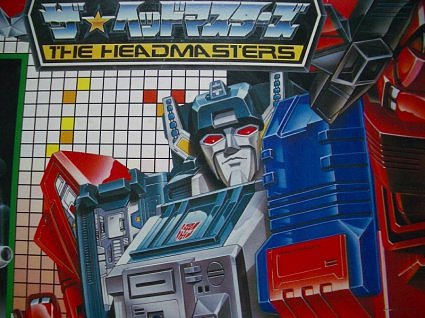 Apparently, C-311 is so rare that many of the biggest sites on the internet at that time didn't yet have pictures of him. I took some pictures, which quality I'm quite ashamed of, and contributed them to TFU.info. These can be seen here.

Scans of the box art were contributed to Botch's Box Art Archive here. 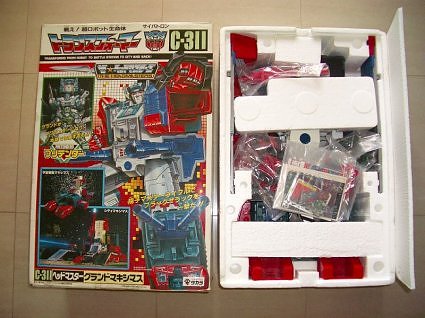 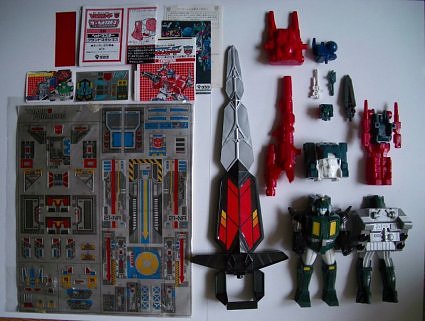 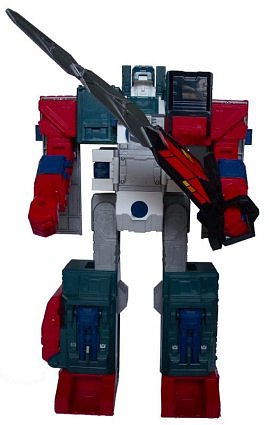