Arguably, the above 1987 pieces are more difficult to find and obtain on the secondary market than pieces from Masterforce or Victory, arguably.

I recently acquired Artfire from a friend in Australia, Robwin1974 of OZ Formers, through a trade (specifics of which are confidential for the purposes of this article!).

At first, I didn't think too much about Artfire. I thought that he was just a recolour of Inferno with mismatched colours! It was a 'get if I can' piece, which I passed up when I was previously in HK in April 2010. Today, I kept staring at it. The more I look, the more I like it. There is something about the red, white, grey and black colour scheme that just works. I'm really liking Artfire more and more...

Here he is in his very buffered mailer box. 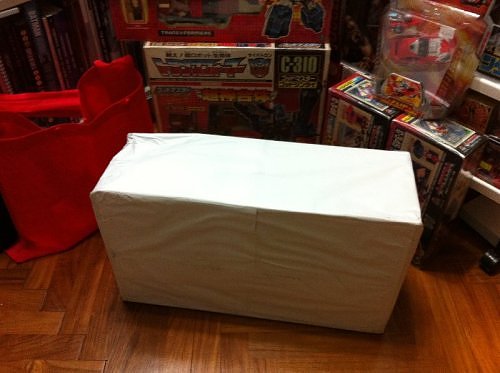 Out he comes, but still wrapped in bubbles 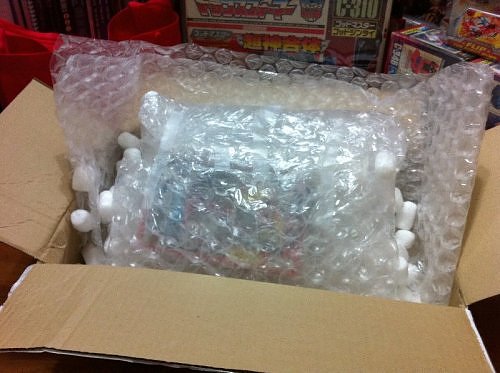 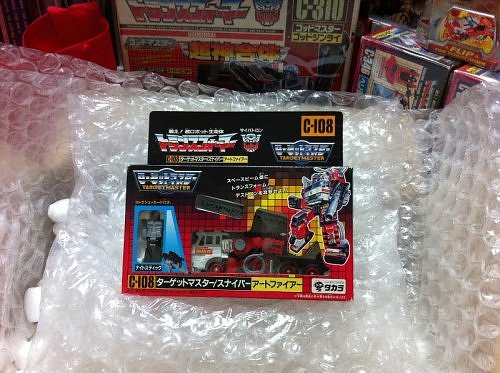 Before more photos, some details about Artfire, from TF Wiki:

"Artfire (アートファイアー Ātofaiā) is a Targetmaster sniper. He is patient, and thinks of his friends first, but there are times when he ignores orders because of that. His body can withstand temperatures of up to 8,000 degrees Celsius. His Targetmaster companion is Nightstick, who transforms into a 'space beam gun'." 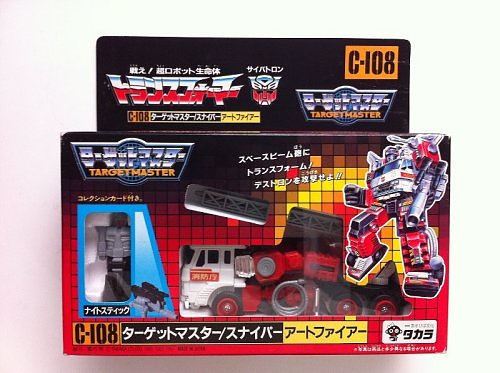 Close up of box front 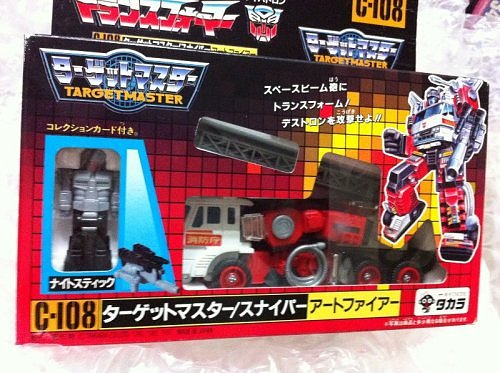 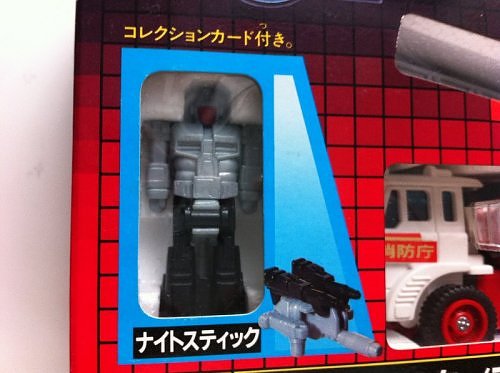 Close up of Artfire 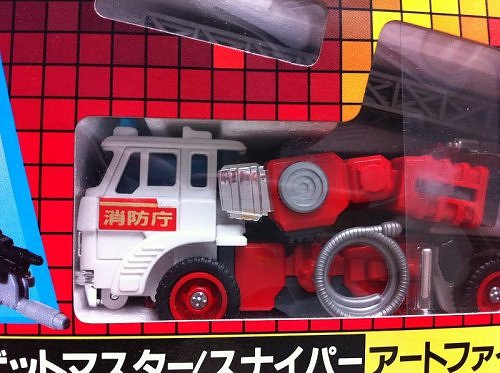 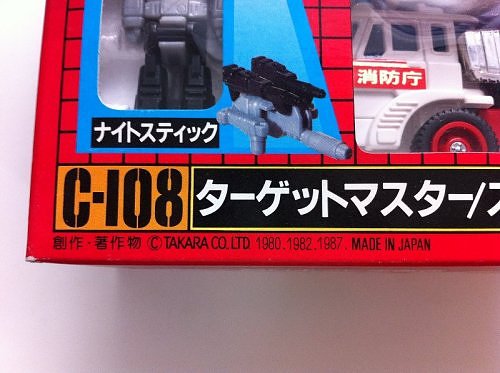 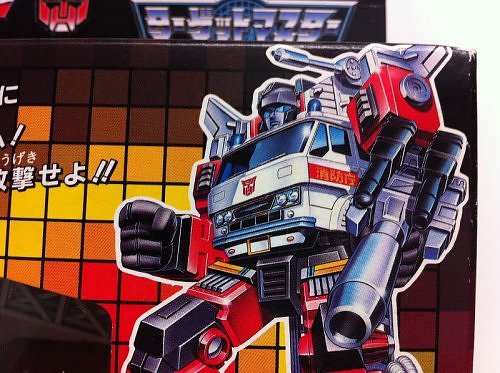 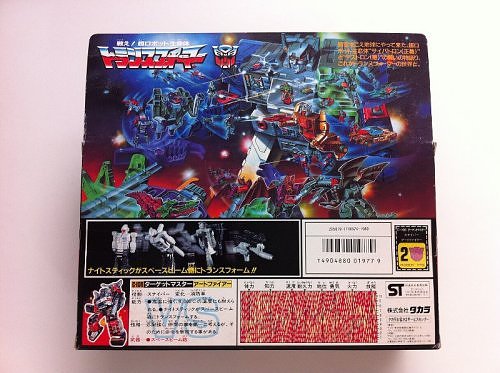 Close up of tech specs and Targetmaster function 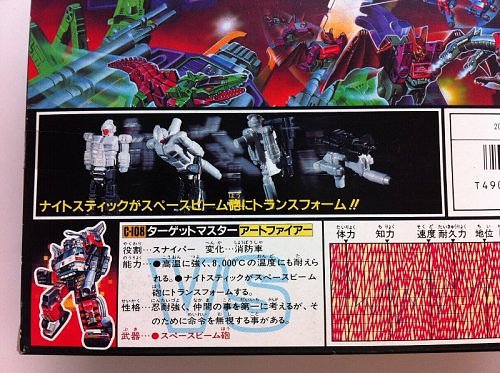 Posted by Heroic Decepticon at 02:37