Perceptor, one of the key season 2 characters and one that continued to play a central role post TFTM. I was always very fond of Perceptor and had secretly wanted him during my childhood (but never voiced my desire).

I really like Transformers that transform into everyday life things and devices like Reflector, the casettes, Soundwave, Blaster and Megatron (which could be an 'everyday life' kind of item depending on which part of the world one lives in).

Yesterday, I got this Perceptor fresh off the boat from Japan. The shop owner had hardly finished unpacking all the stuff he bought back from Japan and have not even began to label them with prices when I walked in, asked about Percetor and bought it. It was a very very good price for a vintage 1985 MISB piece and I am very happy with the purchase. 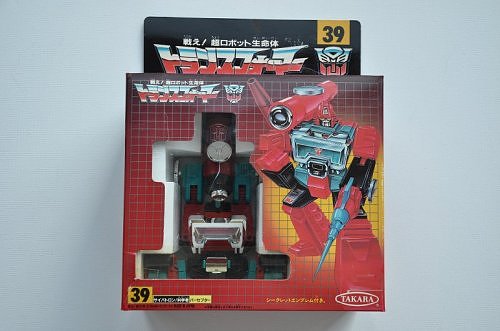 Sealed, but tape looks like its losing its stickiness 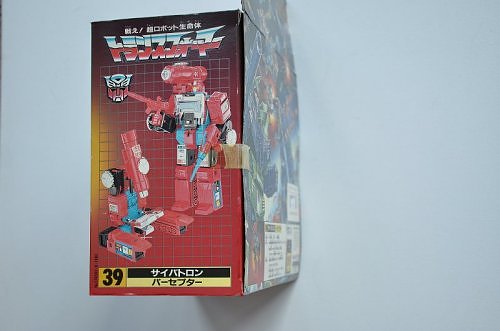 Back of box. A pity that there's a flap crease. 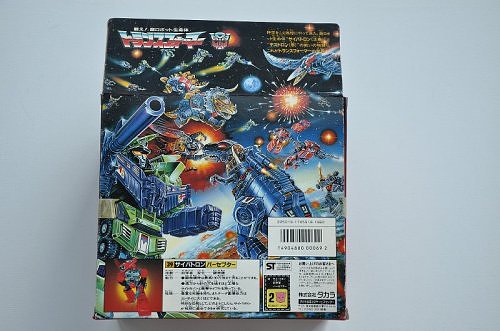 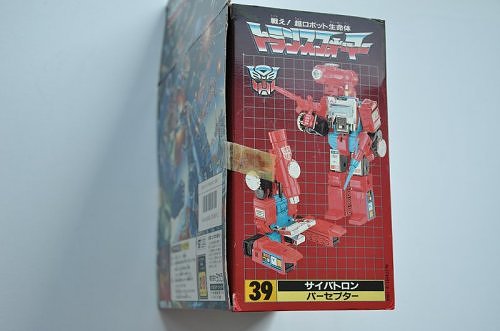 Silly as it sounds, the green magnified pictures at the bottom right of the box is what piqued my interest in Perceptor when I was young. For an unknown reason the green on the red of a Transformer box intrigued me - that, and its a working magnifying glass, to an extent. The extra images there also make the Perceptor box stand out as one of the more different and unique Transformer boxes because it has an image on it that is not of the Transformer in the box or other team members or related toys. 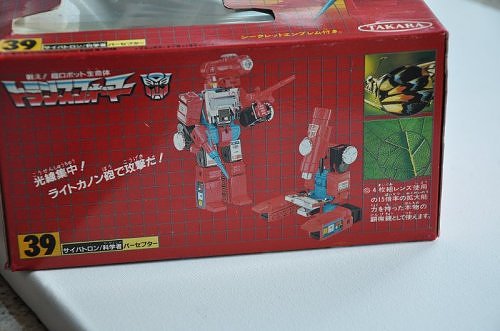 Posted by Heroic Decepticon at 22:11