Before getting to the pictures, I quote Dai Atlas' profile from TF Wiki:

"Dai Atlas (ダイアトラス Dai Atorasu) succeeded Star Saber as Supreme Commander of the Autobot forces. A skilled swordsman, his prowess with a blade is considered almost equal to that of his predecessor. Dai Atlas has sworn to defeat the forces of the new Decepticon Emperor of Destruction, Violen Jiger, and protect the Zodiac at all costs.

His son Speeder accompanies him in battle as his Micromaster partner."

Note to self - despite the profile, Dai Atlas does not come with a blade or sword or any such appendage.

Here are some detailed pictures of Dai Atlas out of his box. 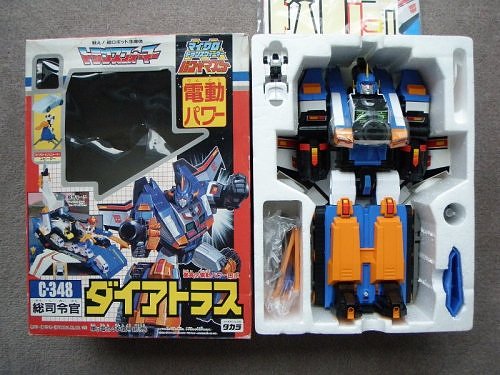 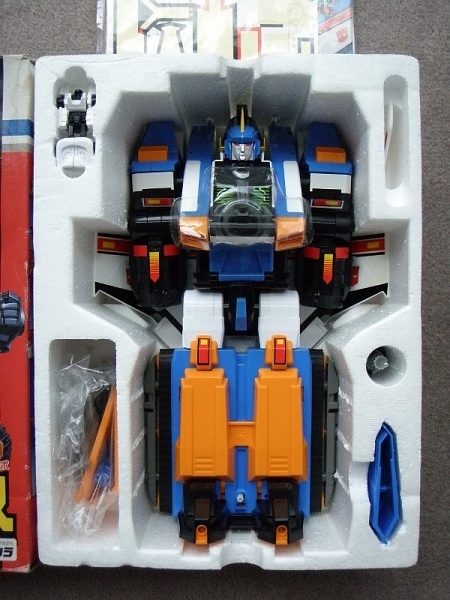 There is this piece of rounded plastic which supposedly is for preventing Dai Atlas' chest from puncturing the box's plastic window. Didn't work so well in this case. 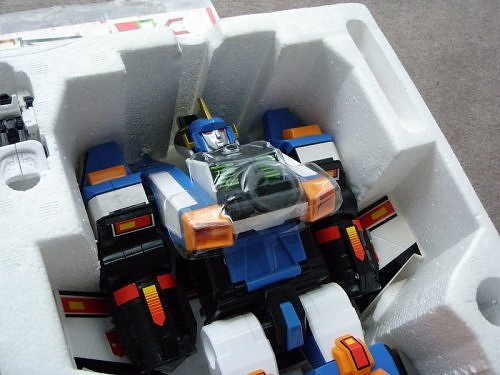 This figure has lots of parts, many of which are tiny, and a lot of paperworks 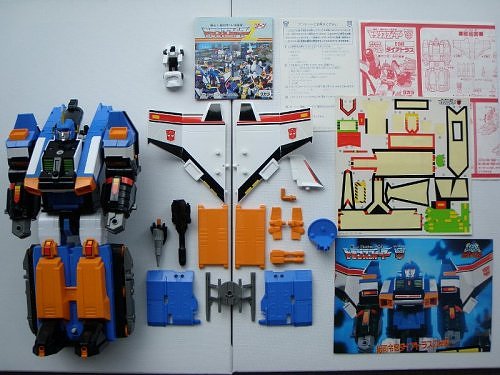 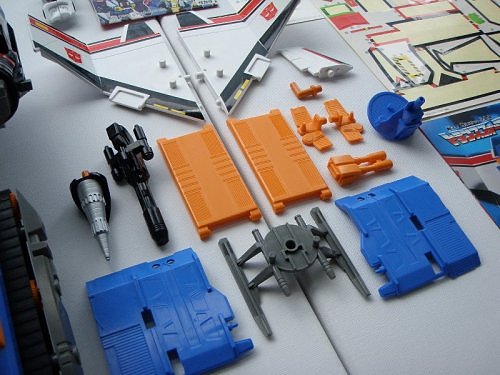 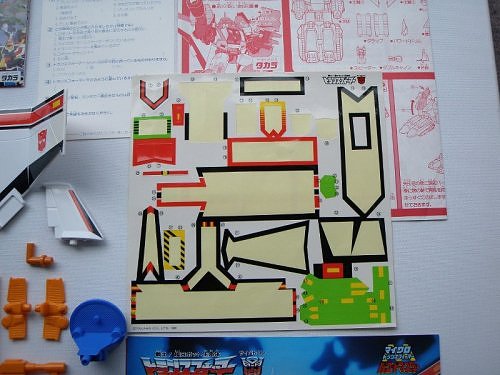 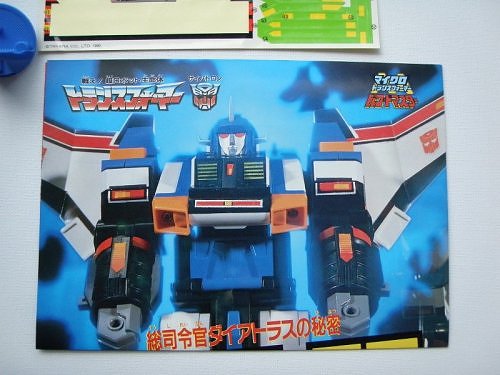 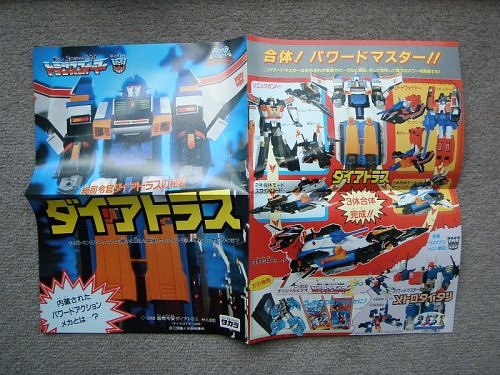 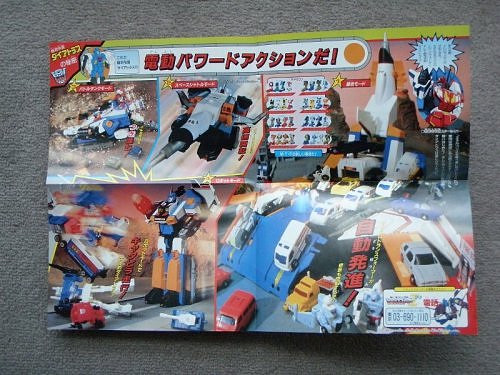 See the rest of Big Powered