I have since opened my Marvel Legends Series VI Juggernaut after I posted this. It is one sweet figure.

This is one hulking-behemoth of a figure... 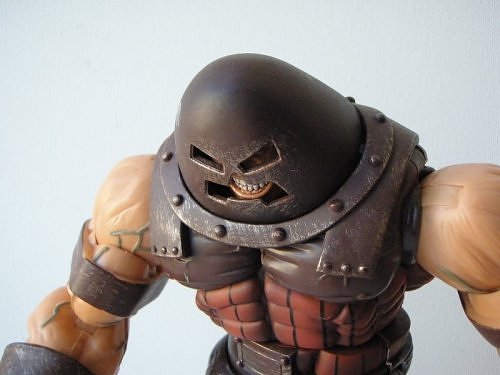 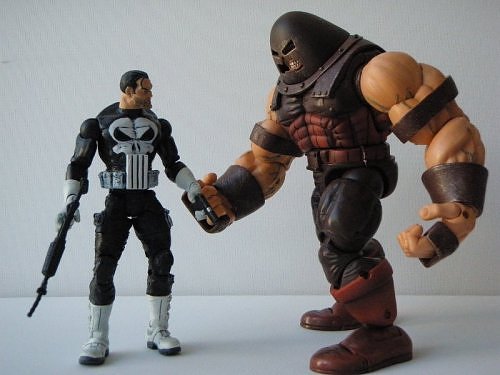 Punisher vs the Juggernaut. Nah, puny punisher is not going to survive... 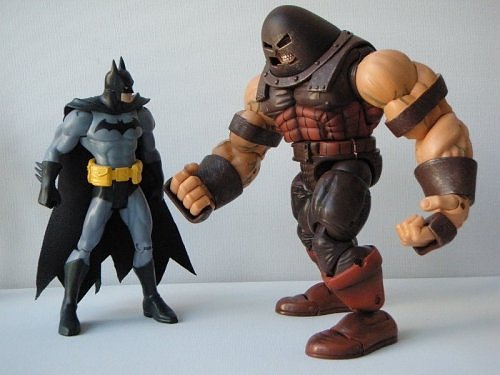 Batman vs the Juggernaut. I gotta say, Batman might have a chance (he'll find a way, he's the Batman after all), but then, they live in different universes. 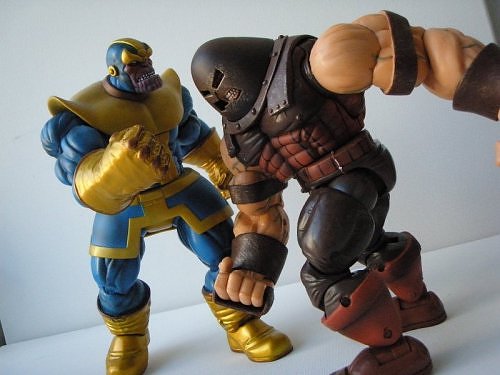 Now, that's more like it. Thanos vs the Juggernaut. I'd have to root for Thanos for the sheer genius and physical powerhouse that he is (he did go toe to toe with the Power Gem wielding Champion in Thanos Quest don't forget) 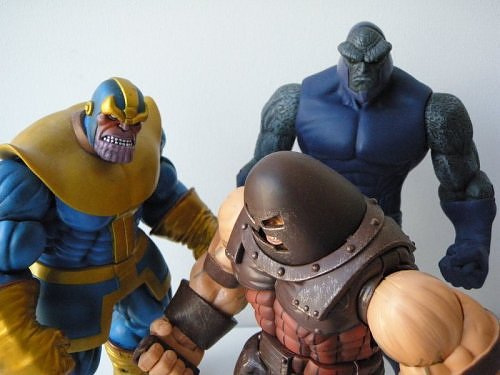 Thanos, Juggernaut and Darkseid, three of my favourite rouges.
Posted by Heroic Decepticon at 17:27