Introducing D-333: Killbison, the Brestforce member that is composed almost entirely of gold plastic - the bane to toy collectors.

Gold plastic syndrome (GPS) is a situation where toys made of gold plastic, become over time, brittle and would or could break without much provocation.

It has, I was told, something to do with the gold additive in the plastic compound that causes GPS. The additive does not mix well with plastic in general and cools at a different rate from the plastic after molding - this results in micro pockets of air within the internal structure of the plastic that greatly weakens its overall strength.

Since the gold plastic is inherently defective and not strong enough, it breaks apart even under a tiny application of force; sometimes gold plastic even crumbles without an provocation.

Transformers renown for suffering from GPS include Bristleback, Skyhammer and Slog among others. Of course, Killbison, being composed almost entirely of gold plastic could very well be prone to GPS as well.

Oddly enough, Killbison does not seem to suffer much from GPS, if at all. I can safely say this because I own four Killbisons in total - 3 here and one MIB that is shown below. I transform them roughly sometimes and they hold up pretty well.

Who knows, maybe Liokaiser members are so powerful they are immune to common ailments like GPS...

Enough rambling from me, I shall get on with today's highlight: C333, Killbison MIB. 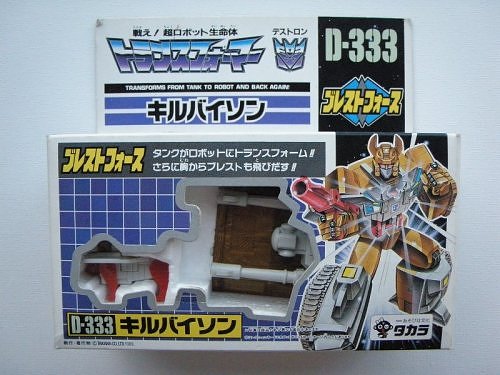 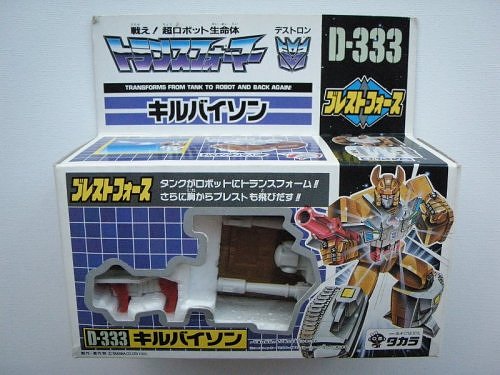 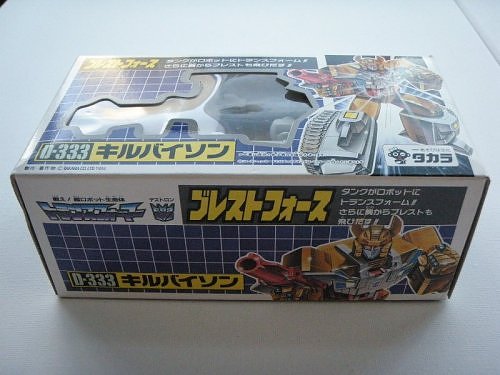 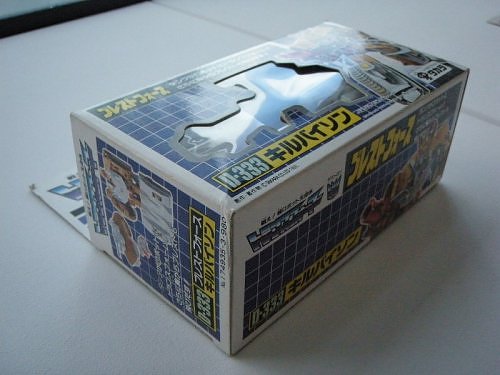 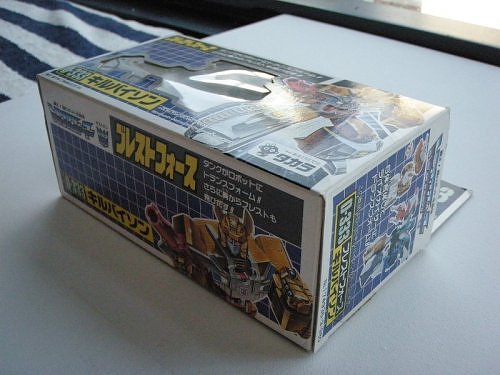 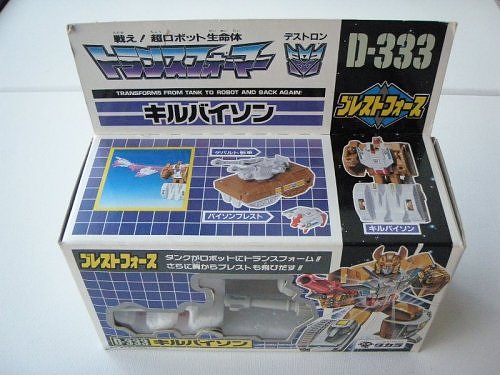 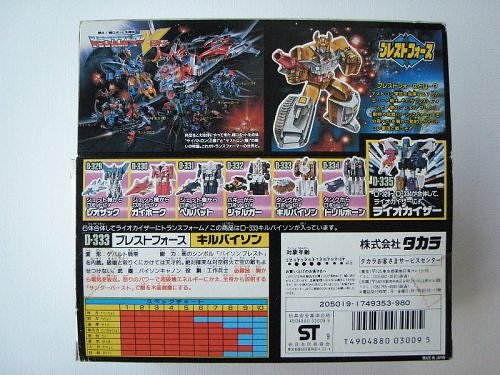 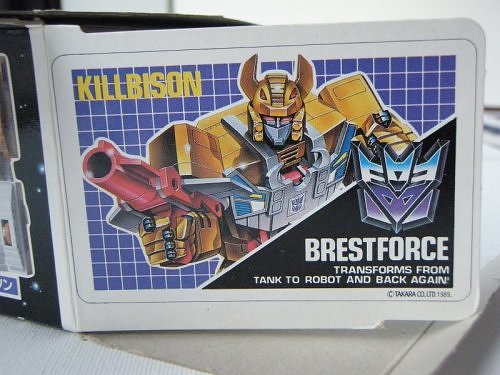 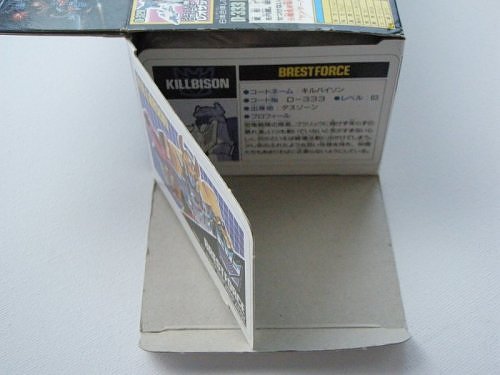 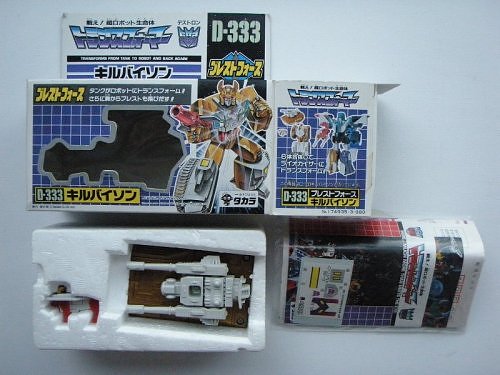 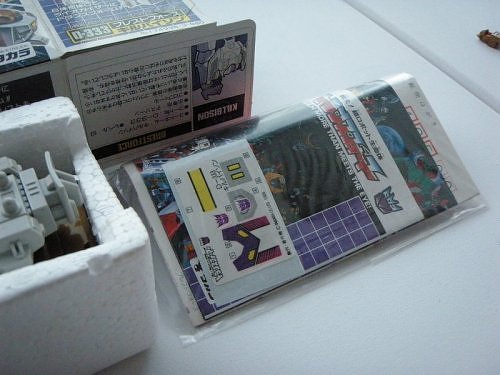 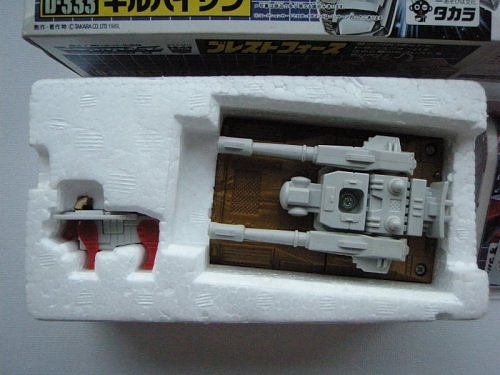 Posted by Heroic Decepticon at 22:55