According to Cybertronian: The Unofficial Transformers Guide:

"For no currently discernible reason, of the three new-mold Decepticon Targetmasters, Triggerhappy seems to be the hardest one to find."

I do agree with the authors' conclusion because as 'early' as 1999, when the craze was for TFs from series 1 to 3 mostly and the later TFs like Headmasters and Targetmasters were in a lot less demand, Triggerhappy was already quite rare.

I say this because Triggerhappy was the last G1 Transformer a fellow collector and friend of mine needed, and he just could not find it. He was willing to swap a complete Liokaiser giftset with me if I got him a complete (loose) Triggerhappy. Needless to say, I became very, very interested in finding a complete Triggerhappy. I managed to acquire one for SGD$110.00, a darn hefty price back then when usually only the series 1 and 2 TFs cost that much (before the deluge of reissues).

The rest, as they say, is history.

Like my collector friend, and like Dlin, I too have no idea why Triggerhappy is the rarest of the 3 new mold Decepticon Targetmasters. Perhaps it was short-packed like TM Scourge?

In any case, I count myself fortunate to have obtained a really fine Triggerhappy MIB (thanks to Ken!) together with my other Targetmaster acquisitions, like Misfire below.

Here are some pictures, enjoy! 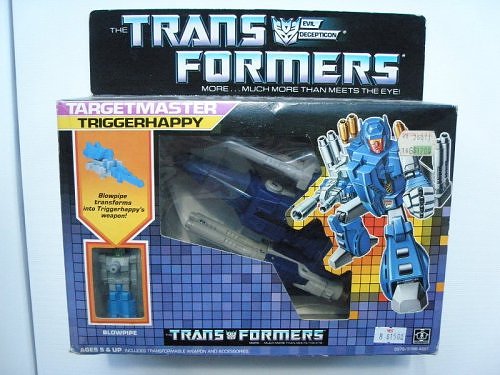 MIB Targetmaster Triggerhappy. There are 2 price tags on the front of the box, which I will use my method of removing price tags and stickers to remove when I have some time. 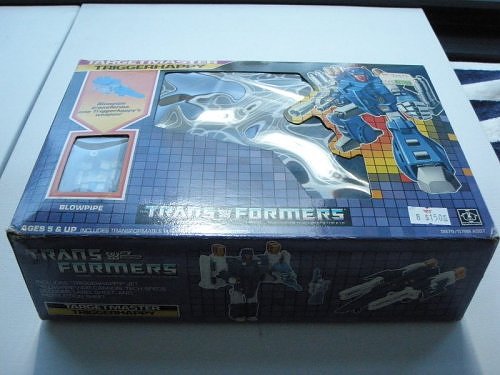 Slight damage to the box at the bottom left corner. 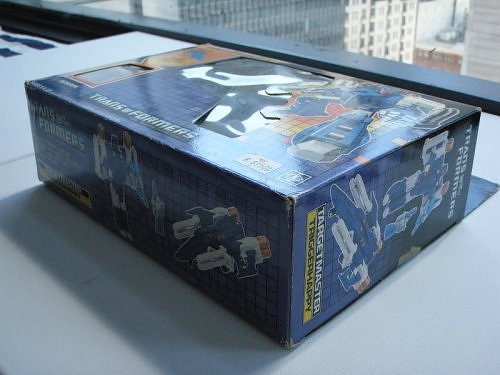 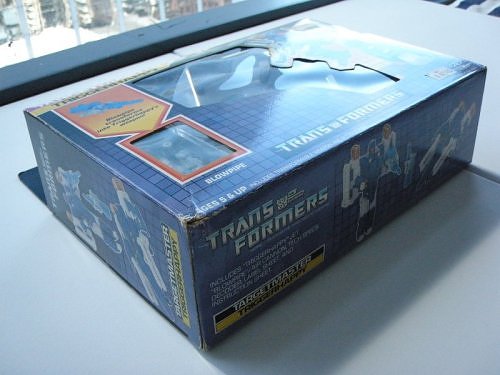 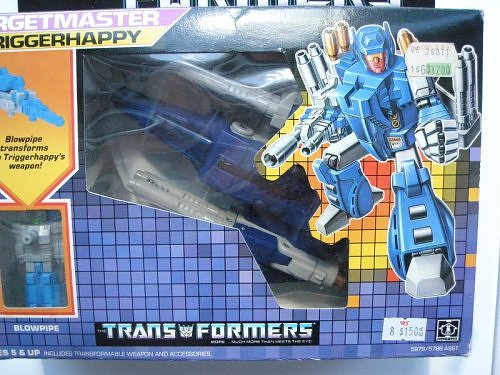 Triggerhappy and Blowpipe still in their bubbles 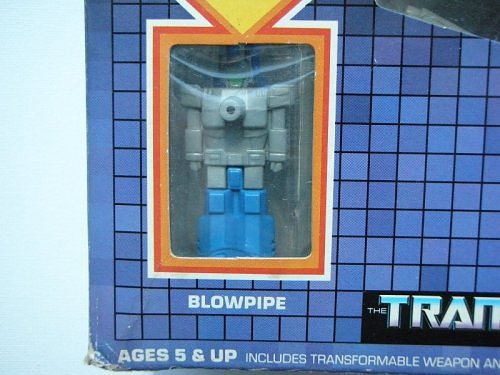 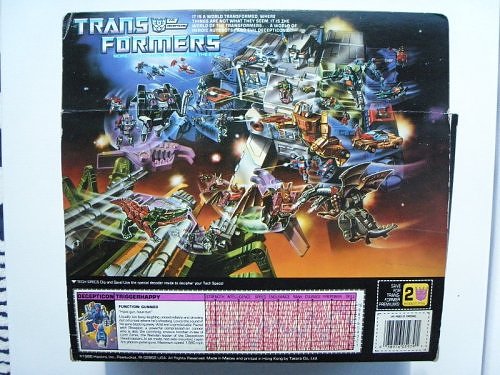 Slight flap crease on the back of box 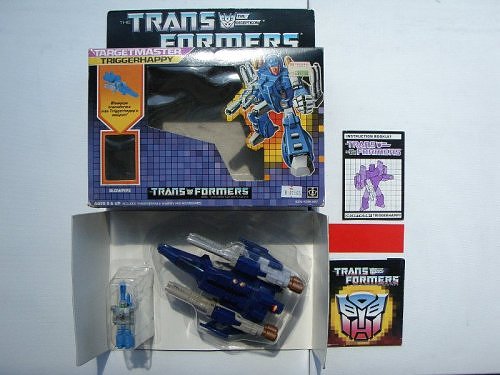 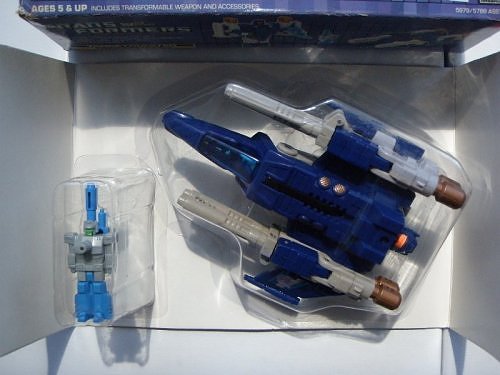 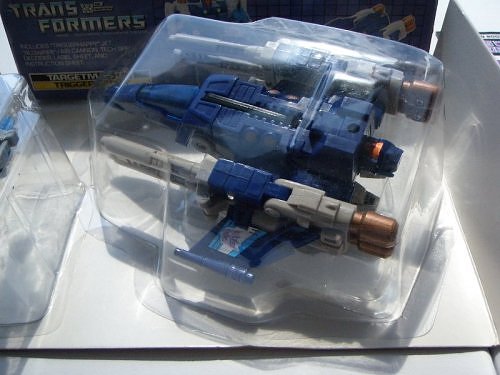 Triggerhappy and Blowpipe are not sealed on the bubble, but they have been so slyly removed that one can hardly see any trace of where the bubble has been sliced open to remove them. 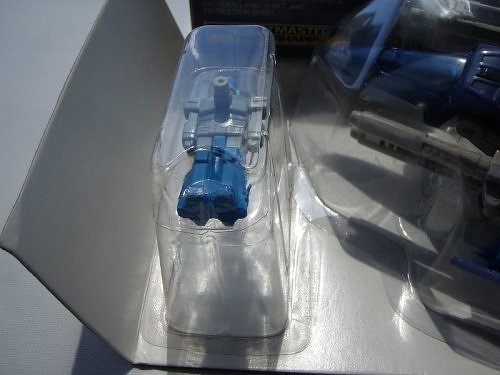 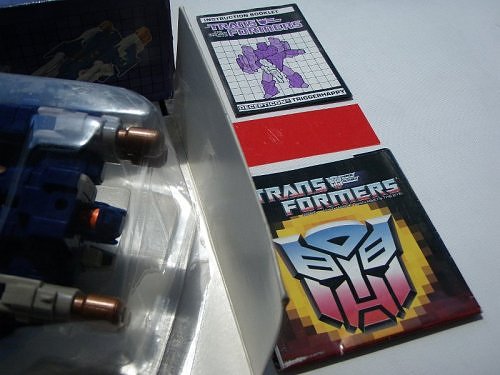 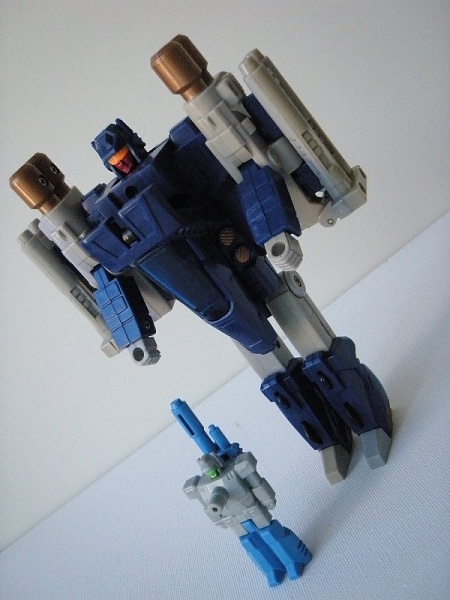 Dlin & Tietjens commented that "the hinges for the dual cannons tend to loosen quickly with use, so the cannons' weight makes them sag down". Fortunately, this is not the case for this Triggerhappy! 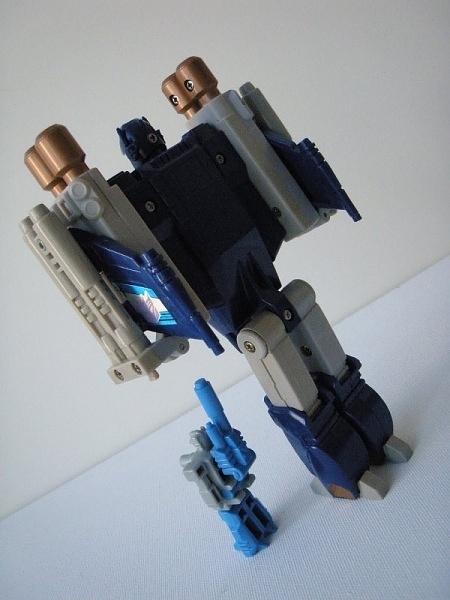 Posted by Heroic Decepticon at 20:33