The Takara boxed Cybertrons and Destrons Headmasters and Targetmasters MIB

I did these shots, maybe a week or two back, but other than sharing with a few friends on What'sApp, didn't manage to post about them here. 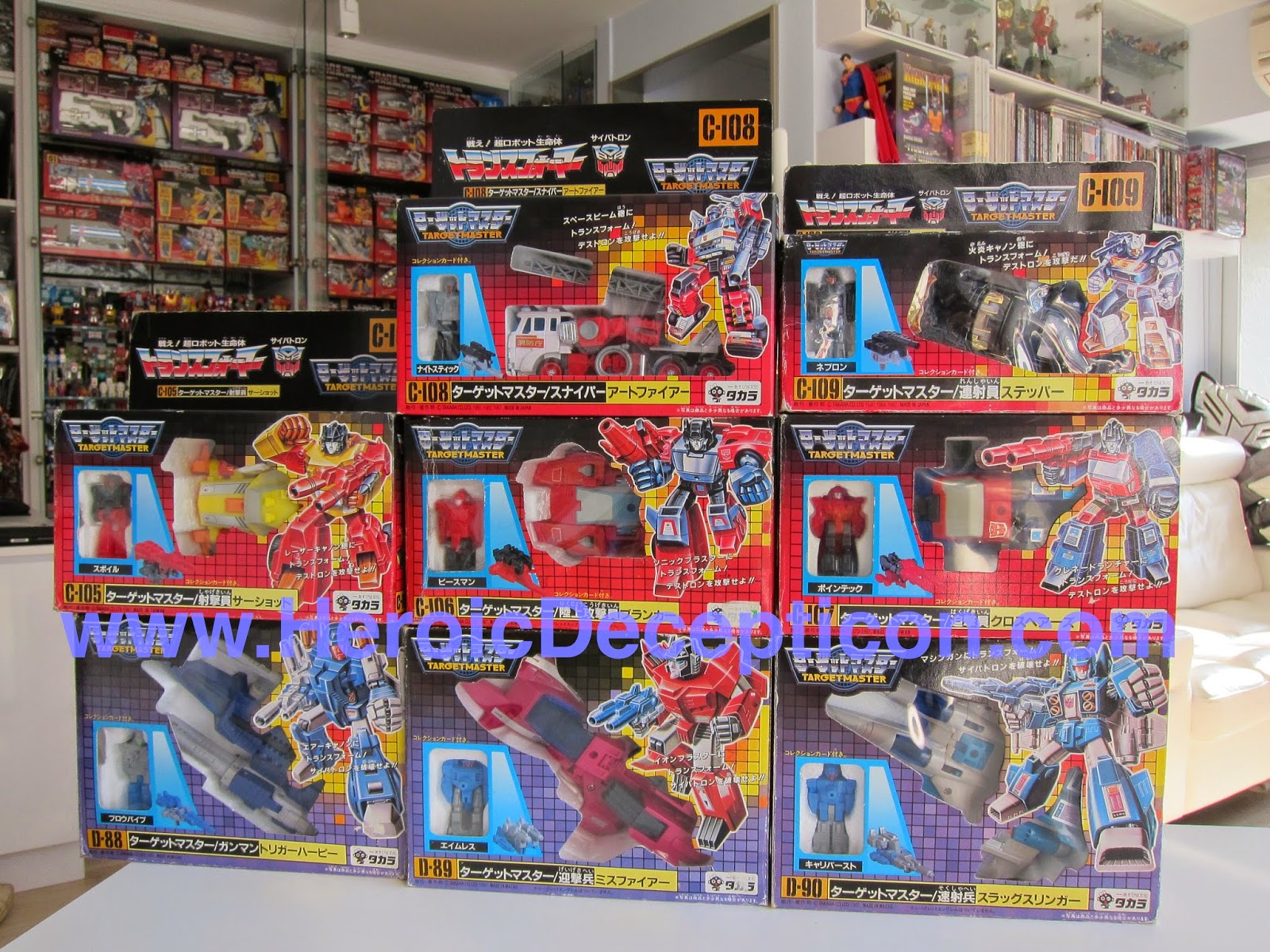 Ok, so I've missed quite a number. Oh well, better luck next time - I have included links to these pieces on my blog at the end of this post. 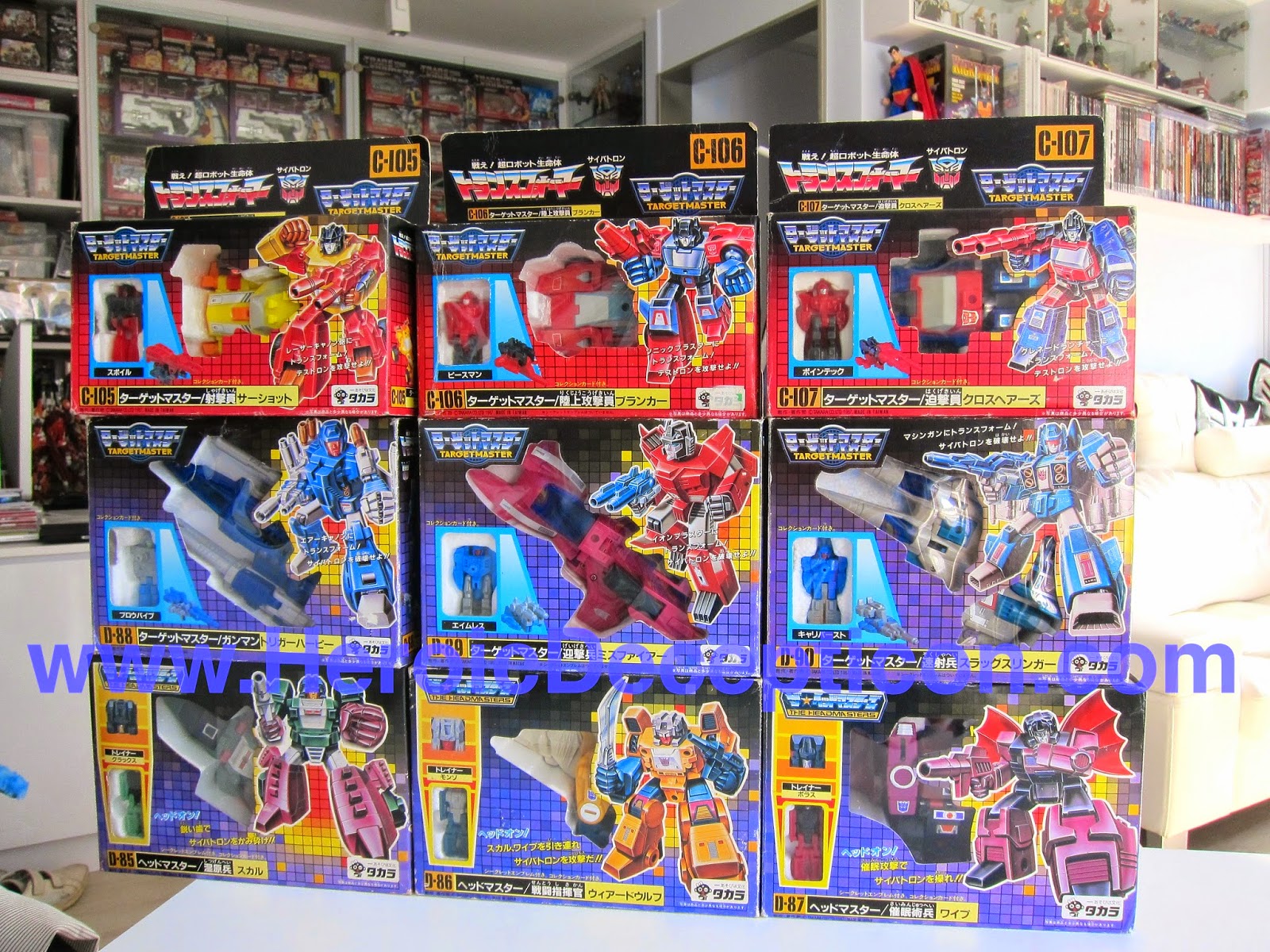 The nine pieces on the right are similar with the above photo, but here I have added in the Cybertron Headmasters.
Right side Top row: C-101: Chromedome; C-102: Hardhead
Right side Bottom row: C-104: Brainstorm; C-103: Highbrow 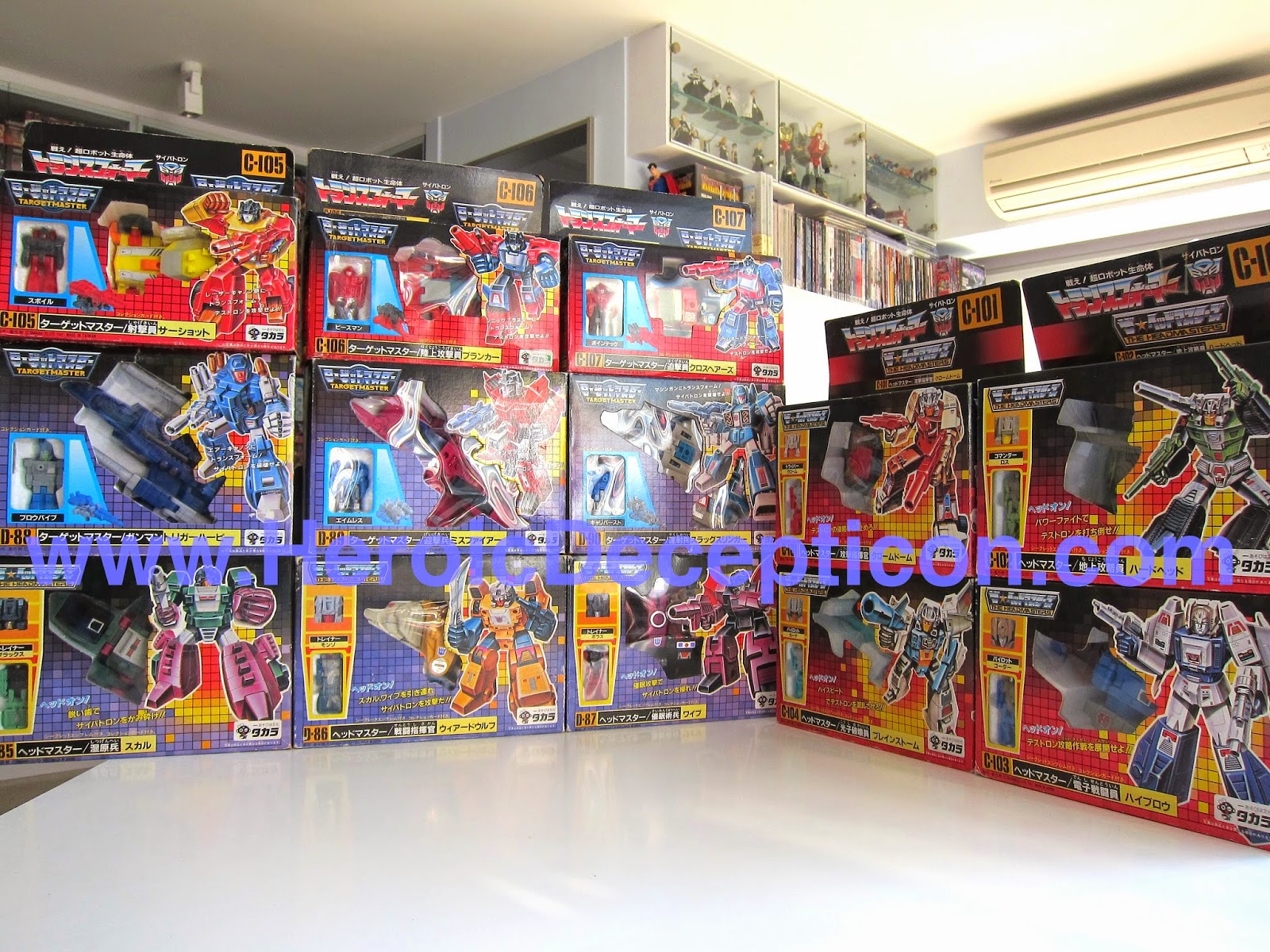 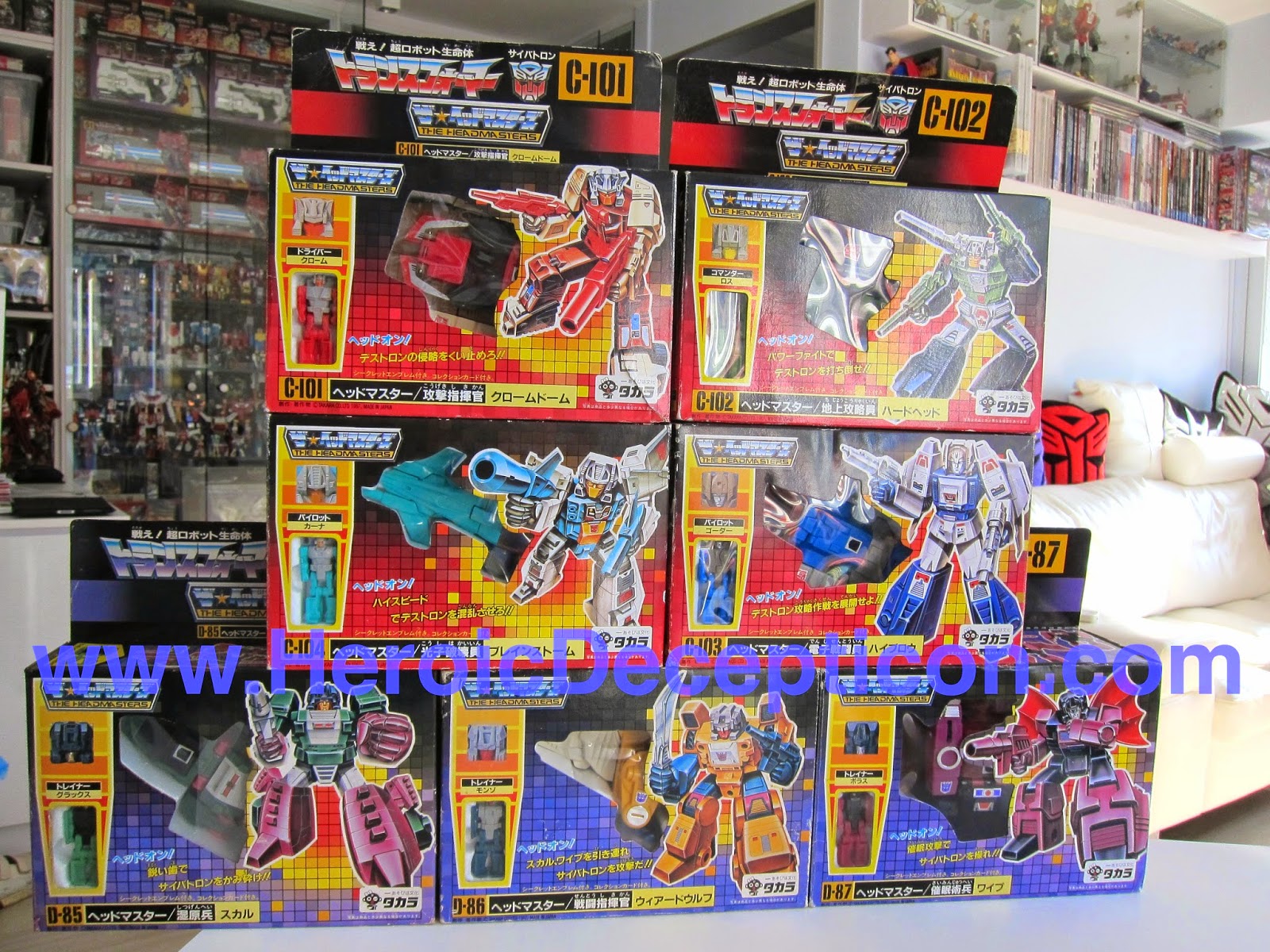 Here is a shot of the Takara boxed Destron Targetmasters (top row) with their US Hasbro boxed counterparts (bottom row). Thanks to Ken for the USA box Targetmasters - more shots of them can be seen here: Triggerhappy, Misfire and Slugslinger. 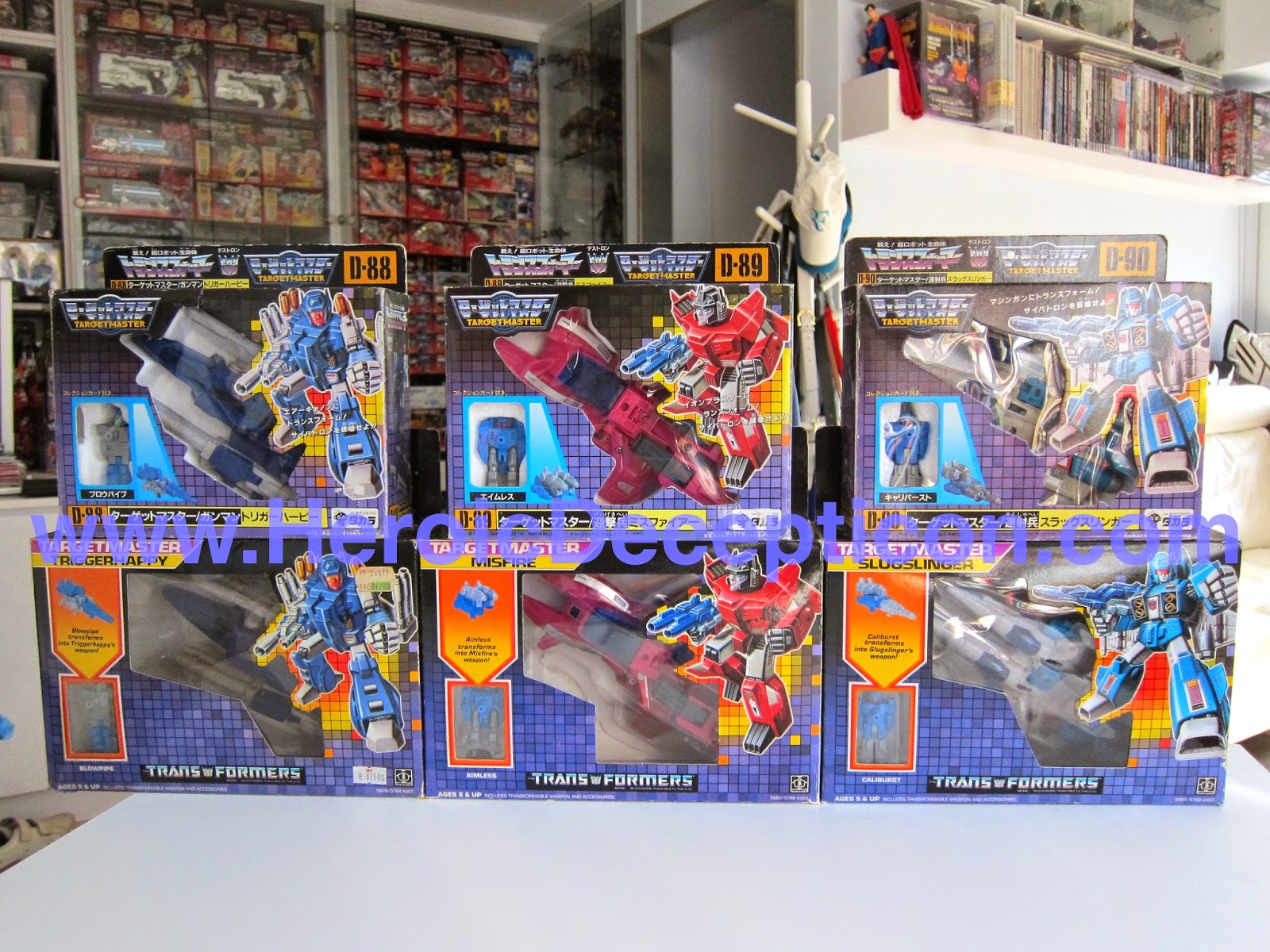 The next two shots are sort of the 'money shot' in this series - they consist of the complete Takara boxed Targetmasters, yes, all of them. Japan has a lot less Targetmasters than the USA. For example, all of the following were never released in Japan in any form: Autobot Targetmasters Hot Rod, Kup and Blurr; Decepticon Targetmasters Cyclonus and Scourge; and the 'junior' Targetmasters Quickmix, Scoop, Landfill, Quake, Spinister and Needlenose. 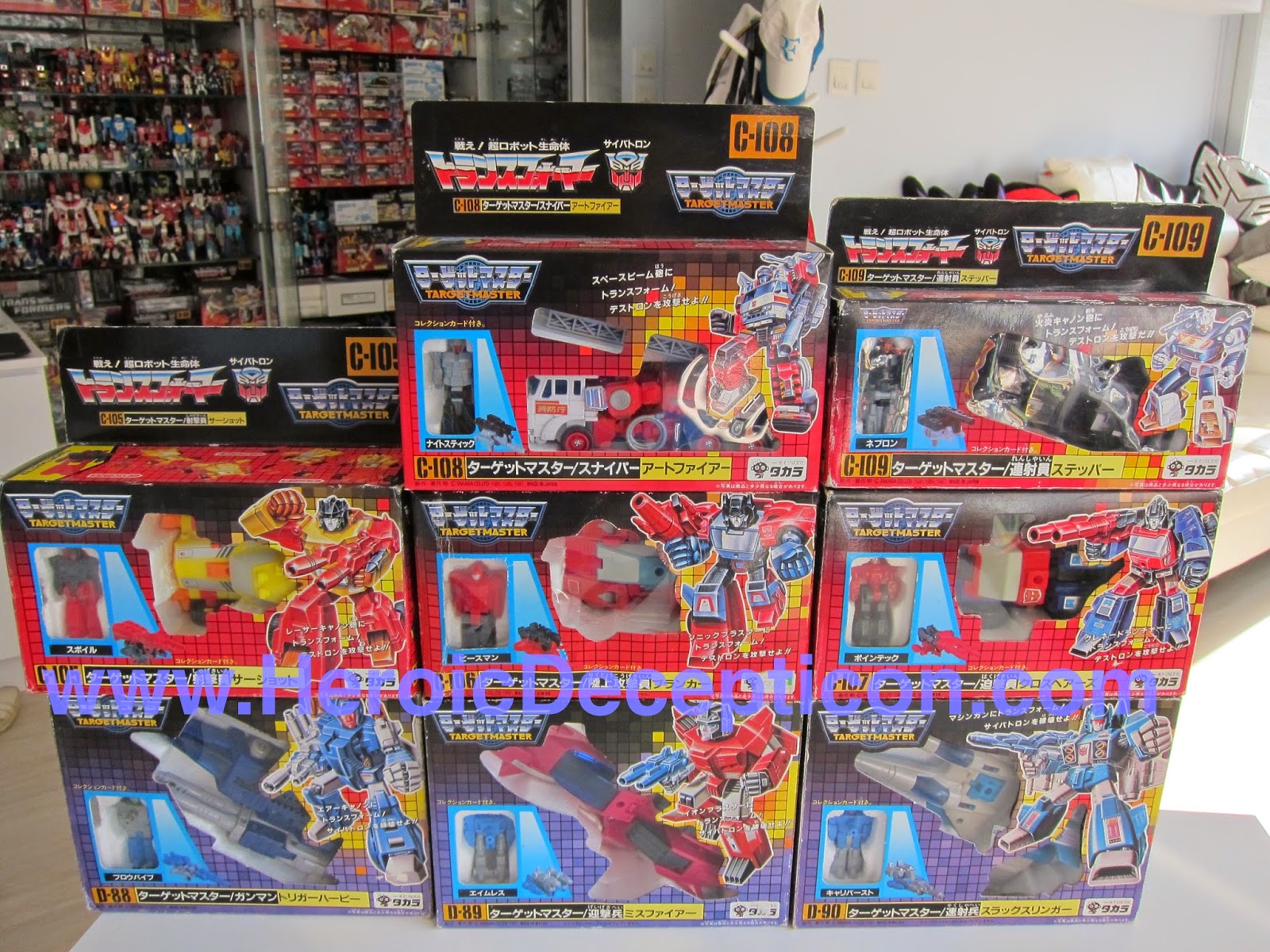 Related Posts: For other Headmasters that I did not include in the group shots above, see here...