The post follows on from my previous post titled "Early Takara Japanese Autobot 'cars' MIB", where I photo-ed almost all the early Takara boxed Cybertron cars.

In this series of shots, I attempted to photograph all of the Cybertrons (Autobots) that are within the '01 to 49' Japanese numbering. As you will see, the results are a little awkward owing to the varied and different box sizes.

I have, for completeness, also included 4 mailaway toys in the group shot (but somehow I forgot to put the VSZ set into the shot). Shamefully, I have to admit that the only piece I am missing from this shot is #13-Cliffjumper MIB (it's not difficult to find, but I still have not tracked down a piece yet). 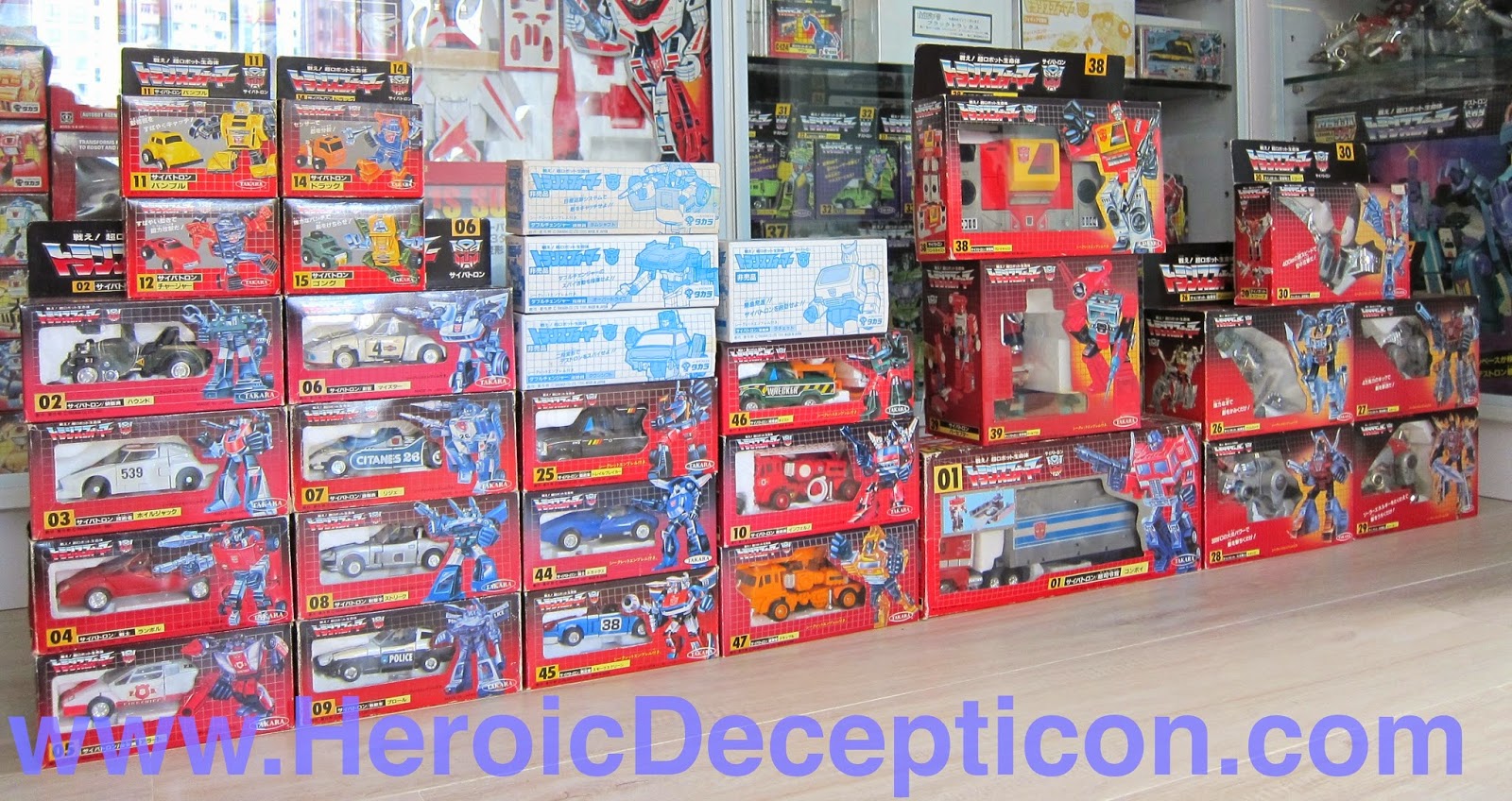 These are all the 'cars' and 'minibots' that would have been shown in the previous post already. 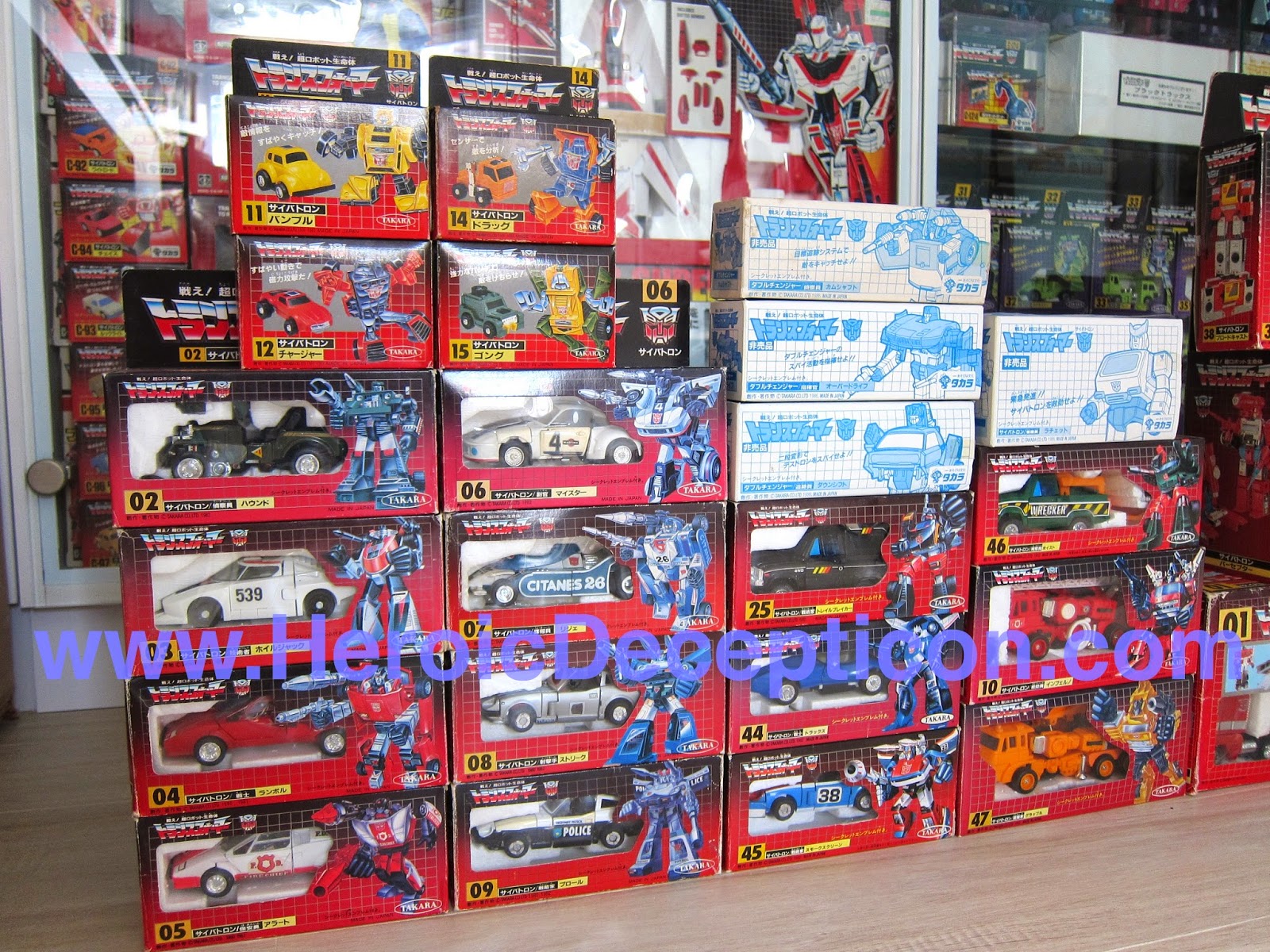 Here are some that I have not previous showed. 38-Broadblast MIB (aka Blaster) and 39-Perceptor MIB. 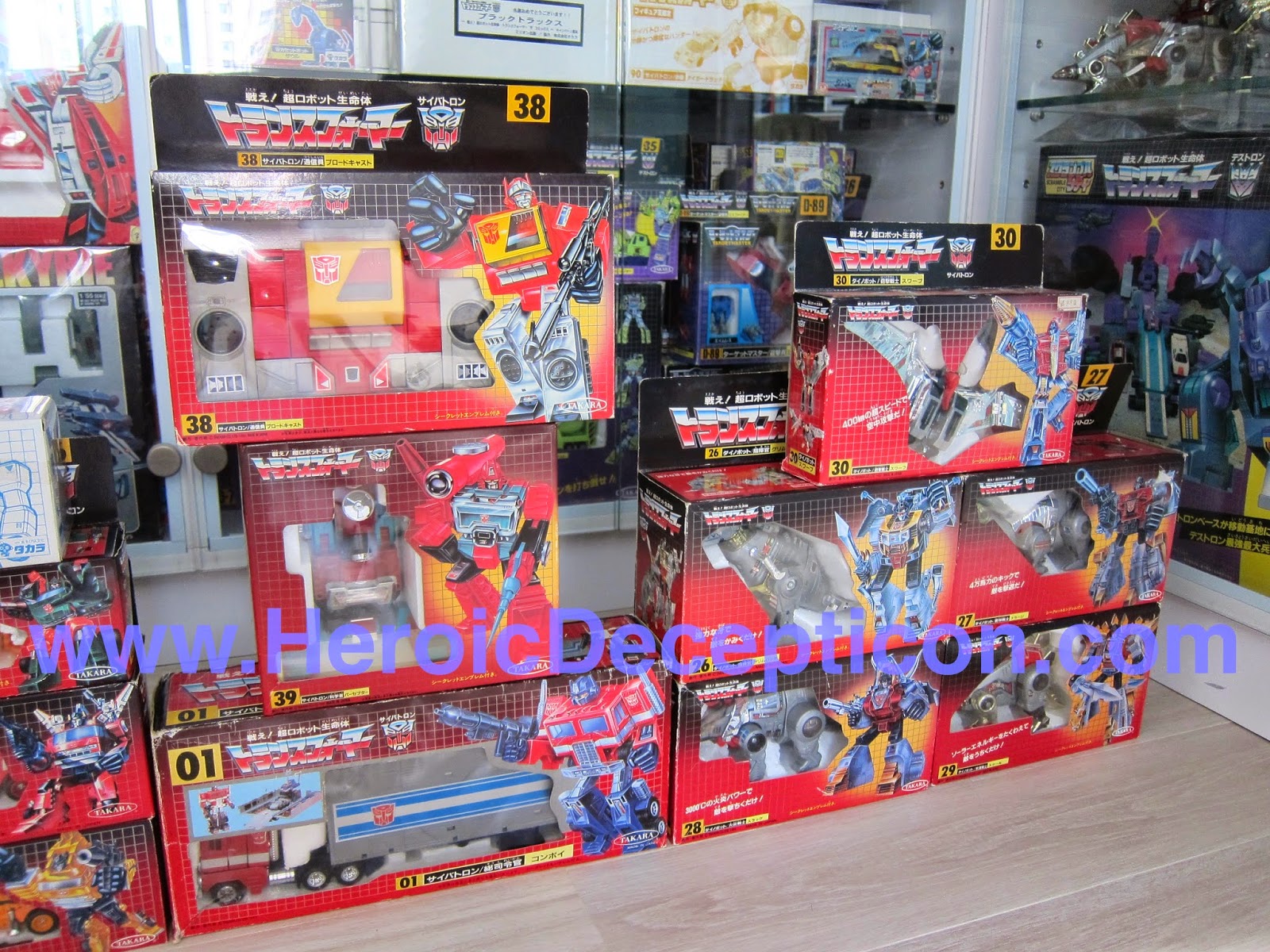 Both 38 and 39 pieces were bought from different shops within Sino Centre in Kowloon. 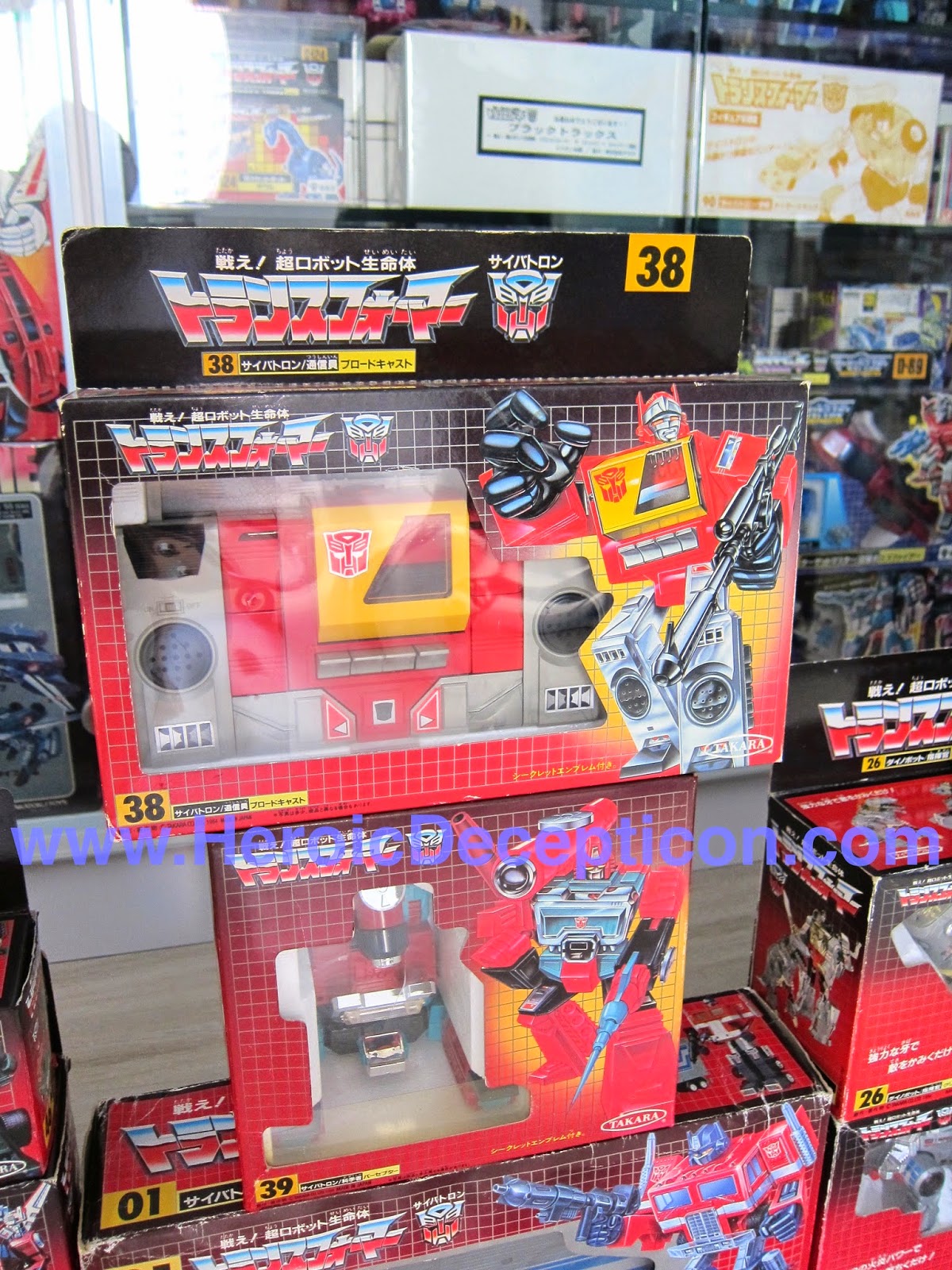 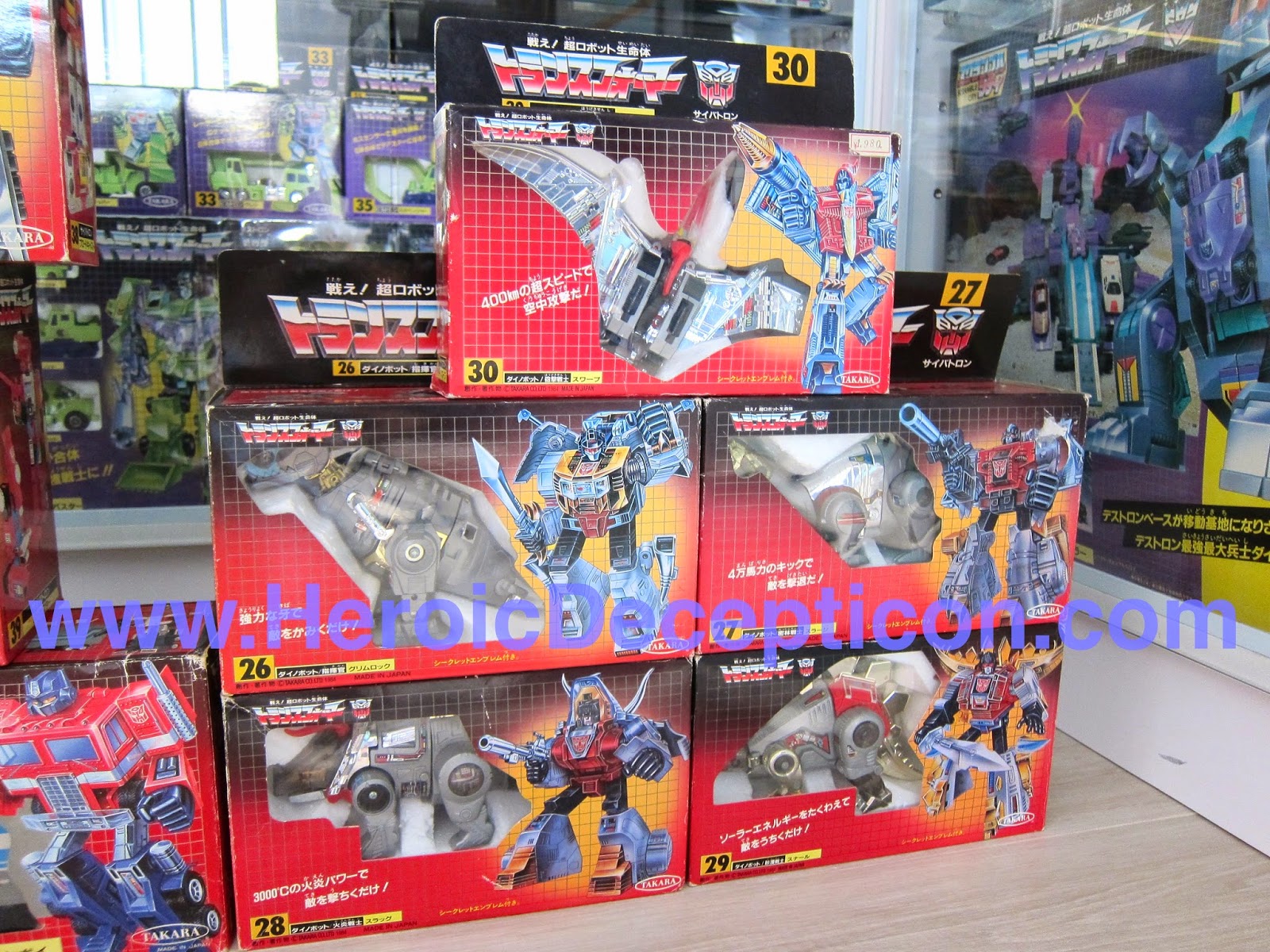 Posted by Heroic Decepticon at 07:15