A week or so ago, i was walking around the toy shops and stopped by a shop that I typically do not stop at - because they don't really sell Transformers or TF related stuff. 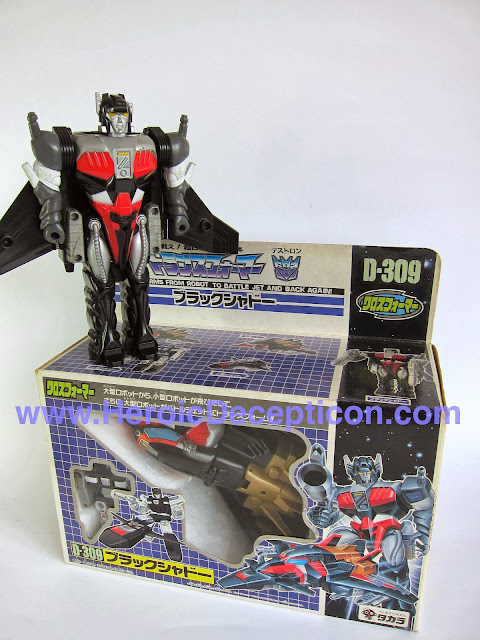 One (ahem 2?) of Megatron's Phase-Sixers


Was looking around and in one cabinet, at the very bottom level and all the way to the back, I saw a Black Shadow pretender shell. I quite surprised myself because the cabinet was not even lit.

I quickly enquired about the piece. At first the shop owner said that if there is no price tag, then its not for sale and for display only. I was like 'no, no, its just that black piece; it looks in bad condition but I am "mildly" interested....'. He took it out, looked it over and said, 'yeah, ok, I'll sell it. But there are no parts or weapons at all. You sure you want it?'.

'Hey, this is the main and most substantial part of a toy that is easily worth US$1000 on the open market, if one can even find it', I thought to myself, and continued 'for the price he is asking, its a no-brainer to buy straight-away even though I already have a very mint piece'. 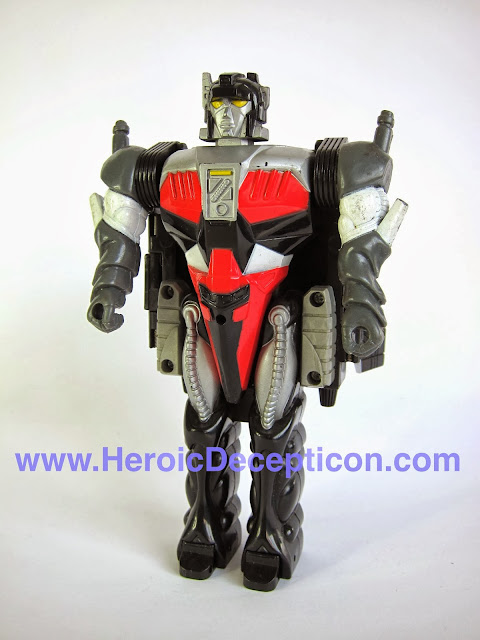 So, I bought the piece. As can be seen from the photo above, one of his antenna is missing, broken actually. But oh well, it was such a good deal that I could not pass it up. I could restore the toy, no problems.

Most G1 collectors would know this, but Black Shadow (and Blue Bacchus) are 2 pieces in the Transformers: Victory line that are notoriously difficult to come by. Awhile ago, I'd say that they are rare, but not very expensive, but now, I think they are both rare and very expensive. Even back in 2009 / 2010, Black Shadow in box is already almost touching the 1-grand mark. I shudder to think of what his appearances in Last Stand of the Wreckers and More Than Meets the Eye would have done to his price (think Overlord, or on a lesser scale, Rotorstorm). 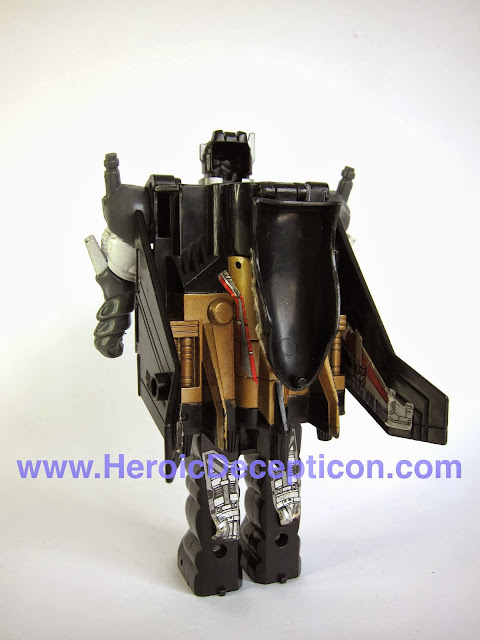 Thanks to MTMTE and Roberts and Milne, I could even tell myself that this is the Black Shadow that is fighting the D.J.D. and got an antenna broken off. Yeah, I know worse things happened later, but I won't put this toy in the grinder, promise. 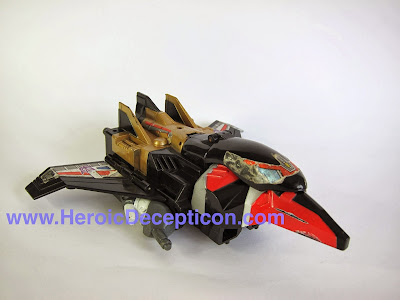 Gratuitious shot of him in interstellar jet mode.

Posted by Heroic Decepticon at 20:22