I was writing about this and thinking - what a different topic this is from the posts of the past couple of weeks. There has recently been so much to write about - G1 (as always), Japanese G1 (as always), comics (MTMTE), convention stuff (Charticon) and others.

Today's Transformer collector is spoilt for choice, and a very busy person it seems!

This is about a Third Party Product ("3PP"). I don't intend to go chapter and verse into what these are because they should be quite familiar even to the average collector. 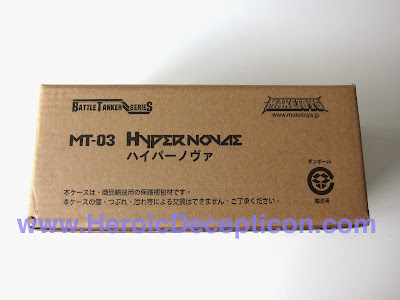 I recently (meaning when it was first released) acquired the MakeToys MT-03: Hypernovae, aka Nova Prime. Like FansProject and MMC, MakeToys is Third Party company whose releases are now synonymous with quality, great design and just pure awesomeness. The one downside is that their products are expensive.

MT-03 set me back close to USD$175. I consider that pretty steep for an unofficial product. 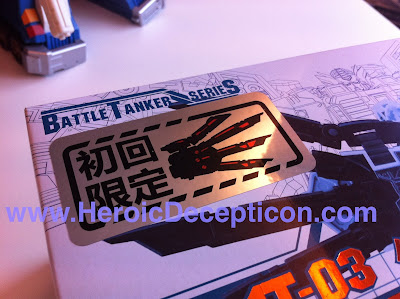 This is the very first release of MT-03 and therefore, it comes with exclusive clear orange parts and silver stickers.

Here, I have taken it out of the brown mailer box - 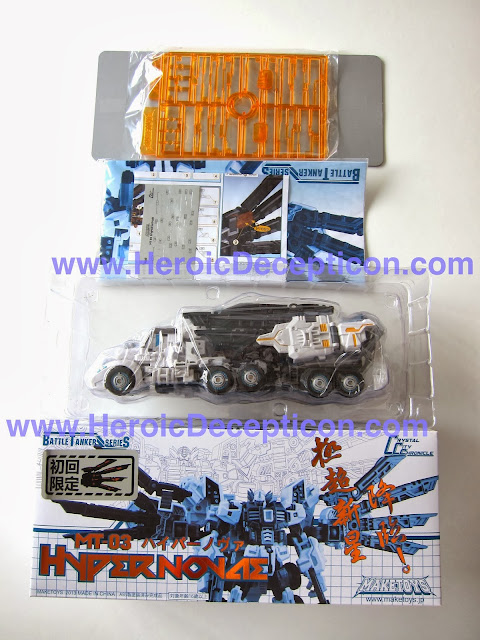 I won't go into too much details in terms of photos, well, because the internet are rife with them anyway.

Here is Hyper Novae in his 'tanker' mode. At least I think its a tanker, since they have labelled this toy as being part of their 'Battle Tanker' series. In any case, it looks convincing enough as a cybertronian vehicle with a cab and tailer of some nature. The white cab just rings Ultra Magnus to me... a repaint anyone? 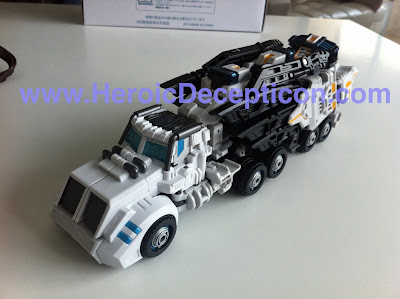 This is Hyper Novae in robot mode... aka Nova Prime. Combination is required - the cab transforms into a robot (ie: its the TF United Laser Optimus Prime mold) and the trailer becomes parts that can be clipped onto the main body to became not-Nova Prime.

To be honest, the robot mode is stunning, with the usual MakeToys details and stellar paint apps. 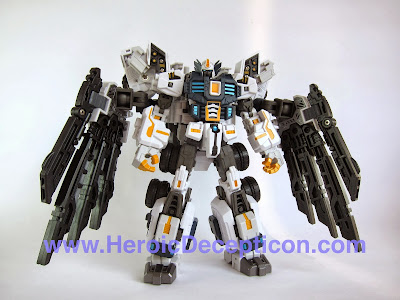 I must say, there really is a strong resemblance to the IDW Nova Prime designs by Don Figueroa. 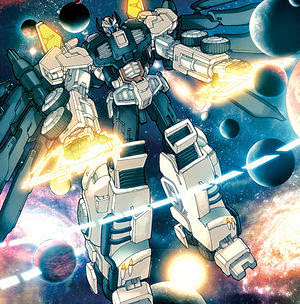 Here is a shot of Hyper Novae with another MakeToys release, the ever expensive Green Giant (aka not-Devastator). 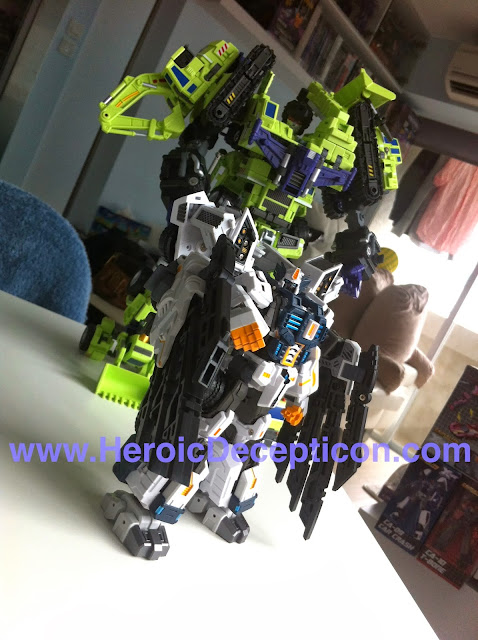 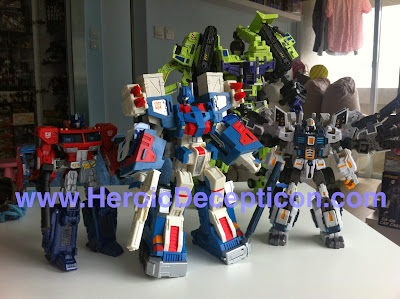 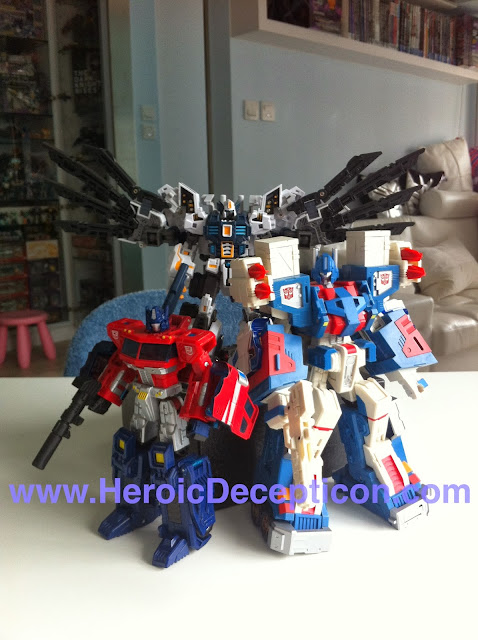 Height comparison with Henkei Prime. They do look good together. 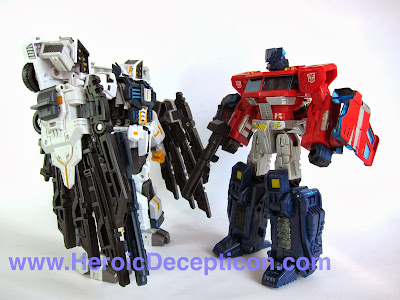 Well, it should be more like the shot on the left no? When Nova Prime was leader, Optimus was actually just Orion Pax. I'm going to say here that I am unlikely to do a post on Generations Orion Pax, so if there is interest to see more of that figure, check out Optimal Omega's blog here. 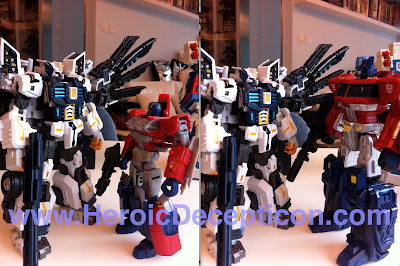 Posted by Heroic Decepticon at 08:13