It's taken me awhile to get these together. The key reason that that at or around 2009, I decided that I didn't really need to complete Operation Combination as all vintage pieces - I settled for the reissue six-combiner robots.

It was at that time that I sold off Sixbuilder, Sixturbo and Sixtrain to an Australian collector. I also sold off TF-07 to him. Thus, there were holes on my Operation Combination collection that one could drive a truck through.

So here it is, the complete Operation Combination run of TF-01 to TF-10, all MIB and all unused. 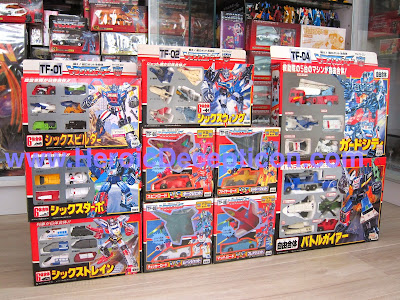 What follows are shots of my placing the 10 pieces in a variety of ways, to fully showcase them. For the benefit of the reader, this is what Operation Combination consists of: 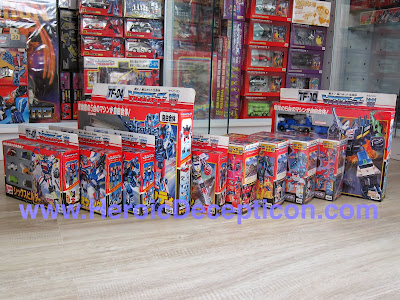 While writing this I realised one thing - all 10 pieces of the Operation Combination line are giftsets! That is right, this final year of Generation One Japanese Transformers consists entirely of giftsets! How strange, but also how nice. 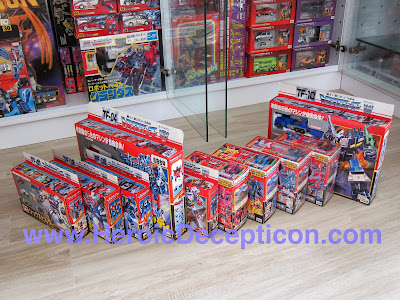 One interesting point to note is that Sixliner, the very first six-combiner, is not actually part of 1992's Operation Combination line-up. It was actually part of Transformers: Zone, from the previous year, 1991.

In the photo below, you can see Sixliner in the background - it is the box below Swoop's on the left hand side of the photo. 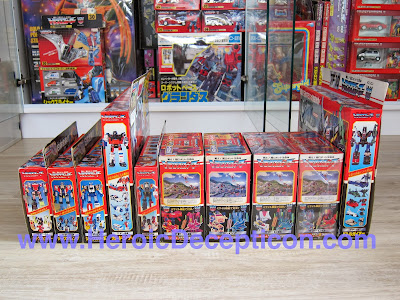 The Operation Combination line, being only 10-pieces long (or short), is considered a very small line compared to the number of released on other years that came before it. Typically, each year had a vast number of releases, the high point, perhaps being 1987 - the Headmasters year in Japan, where they are just so many toys.

However, despite it consisting only of 10 pieces, it is arguably one of the hardest Japanese Transformers years to complete. 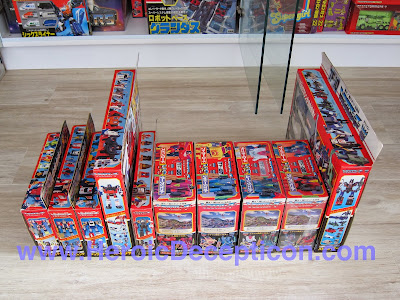 The six-combiner giftsets which relatively more difficult to find than more common pieces, are not that scarce in quantity. They generally hover around the US$150 to $200 mark on the secondary market. The road and jet teams (TF-06 to TF-09) are pretty common and I wouldn't expect them to be difficult to track down, even in an unused state.

That leaves 2 key reasons for why Operation Combination is difficult to complete - TF-04: Guard City and TF-10: Battle Gaia. These 2 combiner giftsets, repainted from Defensor and Bruticus respectively, are for some unknown reasons, extremely difficult to come by and therefore also relatively expensive.

Both Guard City and Battle Gaia commands high prices on the secondary market, if one can find them. Battle Gaia is arguably the final Transformer in Japan's Generation One line up, likely released in small quantities back in the day, which is probably the reason why it is one of the most difficult pieces to track to down. 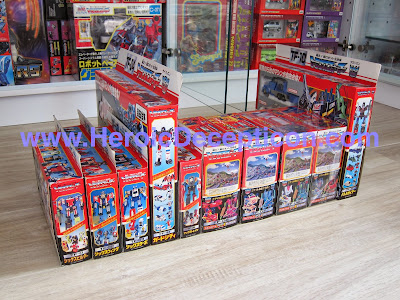 I hope you enjoyed this journey back to 1992!

Posted by Heroic Decepticon at 16:59