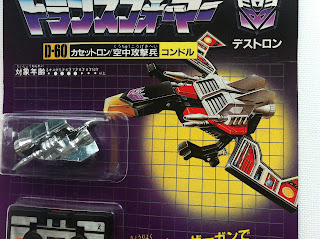 This is the second piece I got from FC from Italy from the Calm before the Storm list here. Like many things from the list, this was something I've wanted, but kept at the back of my mind for years and years as I strived to complete as much of G1 as I could before revisiting some of the odds and ends I wanted to pick off.

Why a carded Condor (aka Laserbeak, I'll just refer to him as Laserbeak) when I have the US version MOC and also almost all the reissues of this toy? Reason - this is exactly how my Laserbeak came when I was young. A US carded Laserbeak, for some reason, was never available in Singapore.

For some time, I thought the cartoon just repainted Buzzsaw red to taunt me, just like Rumble was purple/ blue in the cartoon. Neither Rumble (in cartoon colours) nor Laserbeak could be found is stores back in the 80s Singapore! What gives?!?

Somehow, my uncle managed to find a Japanese carded Laserbeak for me. That is how I got Laserbeak when I was young and the Laserbeak I got came on a card like this D-60: Laserbeak.

The carded Laserbeak is something that to this day, I find extremely beautiful and becoming, from the vintage-ness of the card layout to the extremely intricate and detailed box art that is shown to great effect, it is a piece that still makes my heart skip a beat. 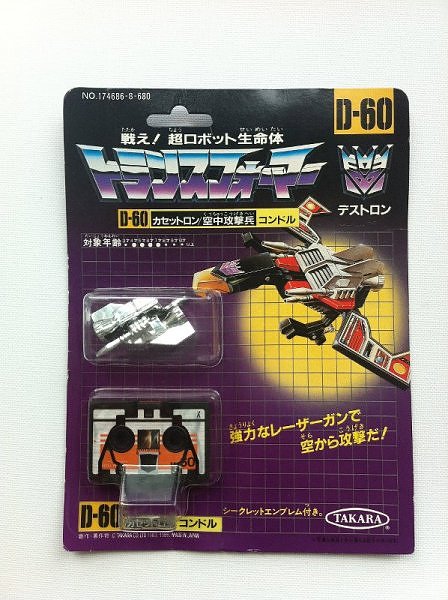 What do you think?

Here's a close up shot of the extremely well detailed and beautiful box art. After Bluestreak and Ravage, this must be close to being one of my favourite pieces of boxart. Definitely in my top 10. 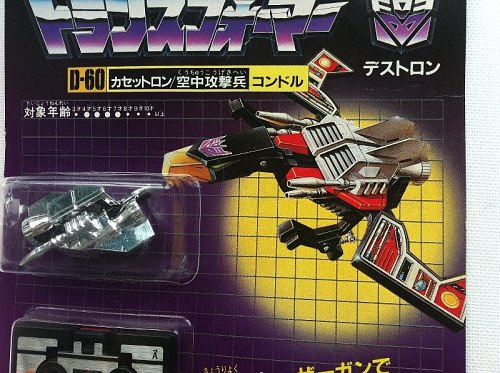 Close up of the cassette. The one downside to this toy (which cannot be seen if MOSC), is that there is no Decepticon symbol on its head. Instead, there is a raised ridge running across the length of its head. Why this is so, I don't know. What I do remember was that this annoyed me back when I was young and I actually switched Buzzsaw's head (which has a Decepticon symbol) with Laserbeak's head. 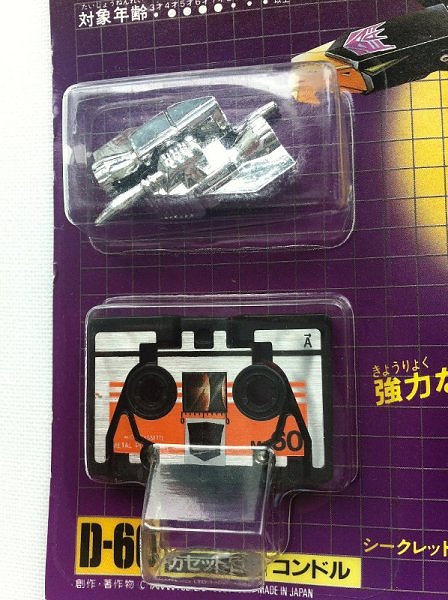 Back of card. Notice anything unusual? 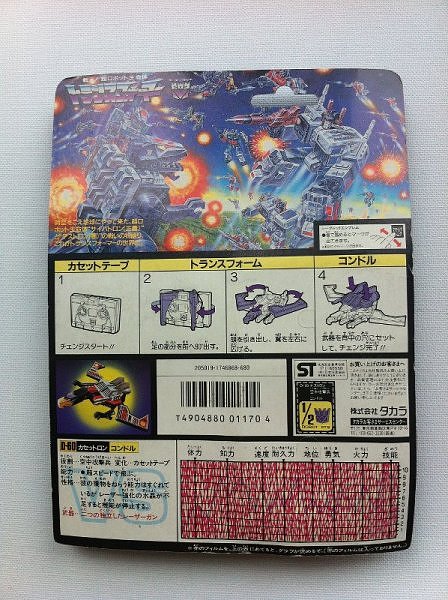 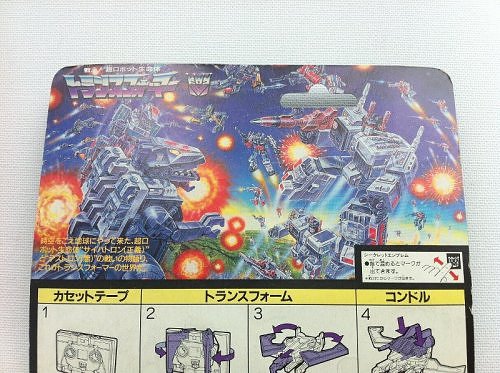 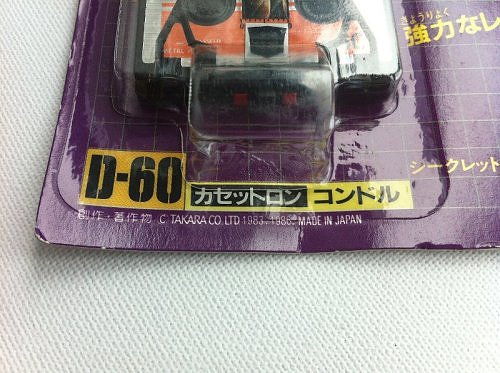 Here's a shot of both MOSC toys I got from FC. 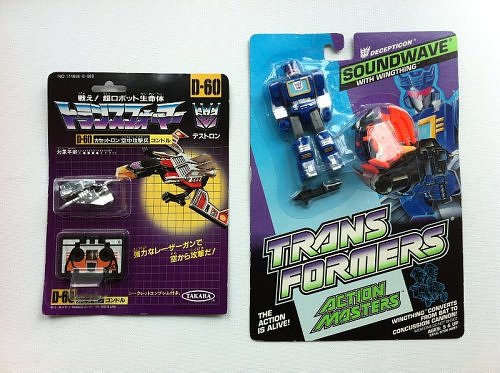 Posted by Heroic Decepticon at 15:15