A year or 2 ago, inspired by other threads on the 'net and on OZ Formers, I talked about how to whiten Transformers. Little did I know that I would need to whiten yet another Transformer - G1 Jetfire, whom on retrieving from storage in Singapore and bringing back to HK, I discovered was horrendously yellowed.

I almost wanted to junk it in the bin and purchase another Jetfire, before calming down and deciding to whiten him.

First I took him apart. See photo on right and look at how yellowed some of the parts are. It's almost as if someone took a yellow marker and marked out certain parts a dirty very unsightly yellow.

I also have some Inferno and Tracks parts to whiten (also in the photo). These were more 'green' than yellow. Anyway, their original colour was supposed to be white.

Below is a close up of just the Jetfire parts. Looks yucky, almost like baby vomit. Eek. 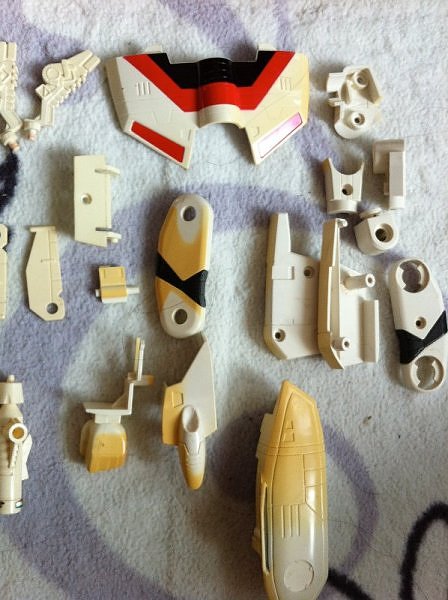 Chucked the parts into a jar. This time, I'm using 6% H2O2. See the bubbles forming on the parts? That's a good sign. 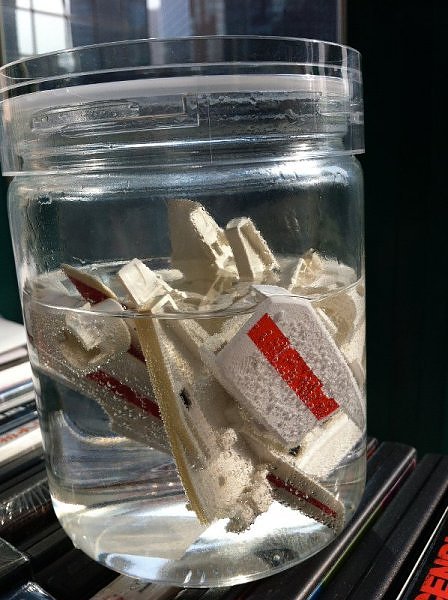 After about a week or so (there is very little sunlight here in HK, so the whitening is from soaking and a little bit of activation of the H2O2 from the sun. Would have been a lot quicker if there is constant sunlight). 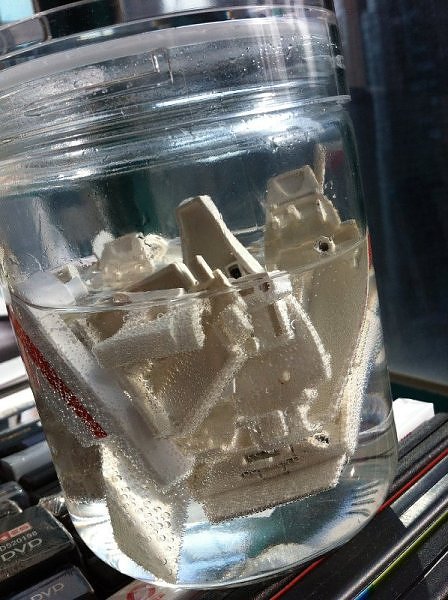 Results - yesterday, I reassembled my G1 Jetfire. Looks a lot like his handsome old self now. 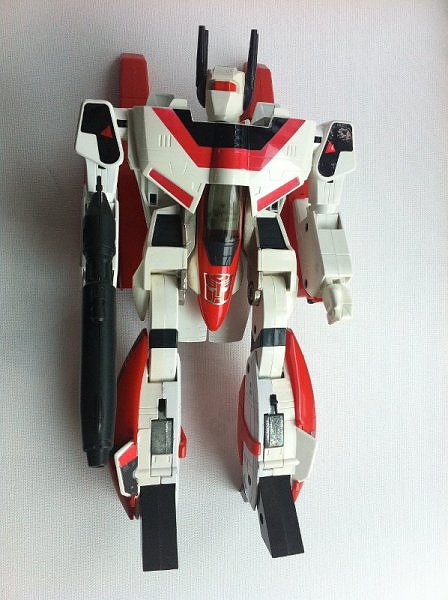 Having a conversation with MP-10: Optimus Prime about how he shook off the effects of Cosmic Rust. 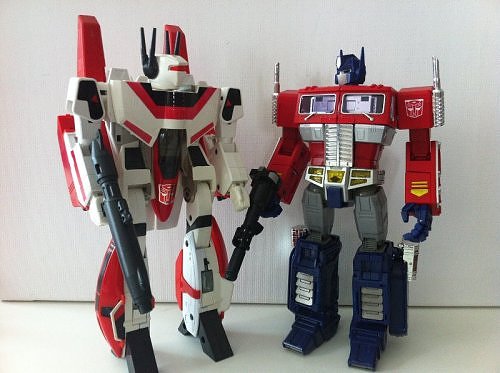 'You should talk to Perceptor' 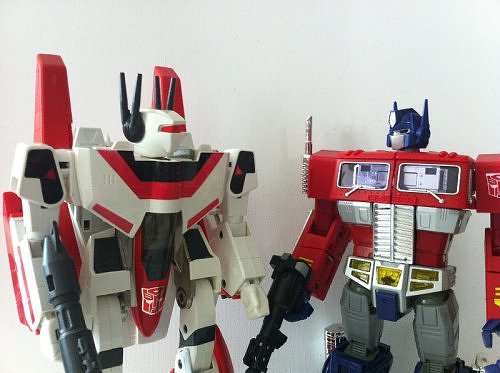