This is my third Predaking set. The first is the Takara Japanese boxed set from my childhood back in 1986; the second is the 2004 reissue Predaking; and this, the third.


Rather than leave it MISB like the 2004 reissue, I decided that I should open this set up. Secretly, I really wanted to experience the fun of applying the stickers, especially the 'eye' stickers that only this set has.

Here is the combined form with stickers applied.

Man, this is a really nice piece with perhaps 1 notable flaw - the arms of Predaking are too heavy and causes it to sag slightly. Perhaps the Japs had the right idea when they released their 1986 Predacons without die-cast metal parts.


This is a shot at 7am in the morning, yeah, pretty dark, but his colours go well with Black Zarak in the background. 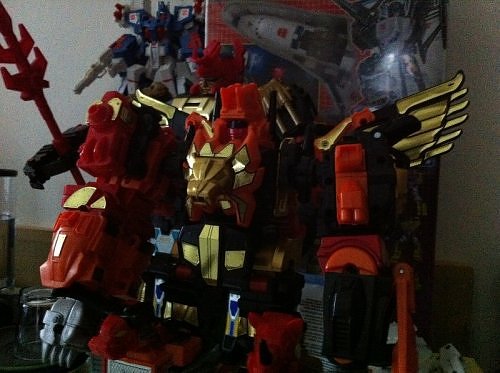 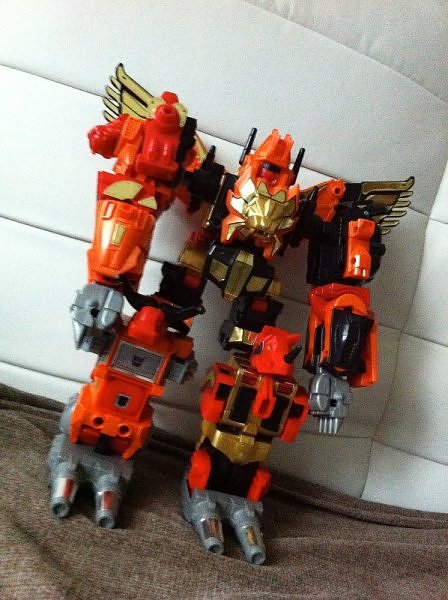 Another shot to show his impressive stature 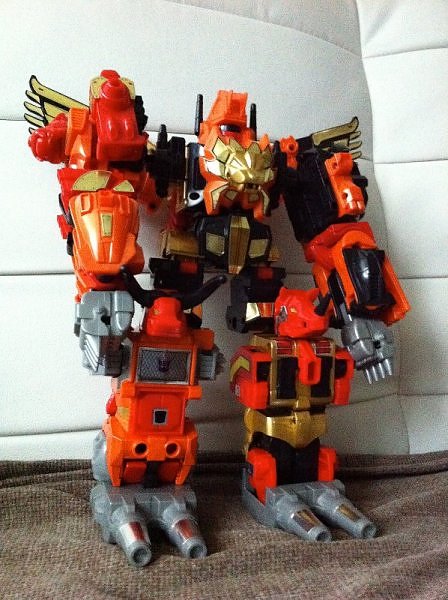 Close up of upper torso area 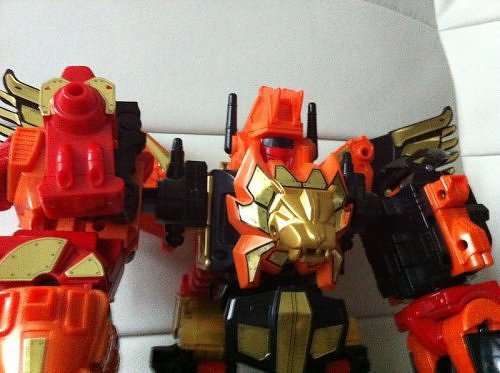 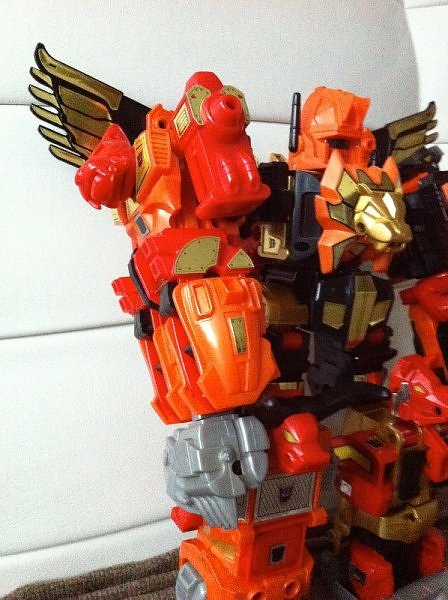 Predaking with Black Zarak... mmm... their colour schemes are very complimentary, especially since the 2010 Predaking has gold parts instead of yellow. 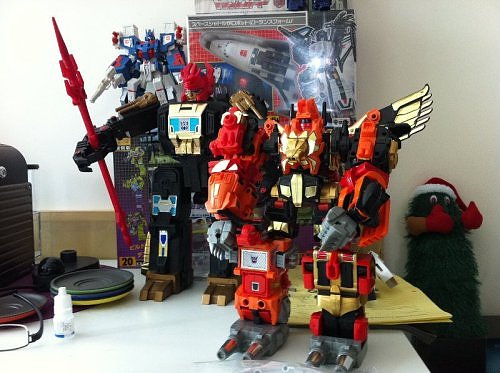 Posted by Heroic Decepticon at 16:02