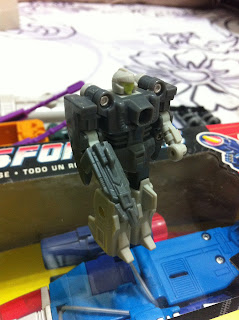 On Monday this week, a job lot of Transformers reached me from a buddy from the UK.

He is the only 'professional seller' that I have trust in and that I consistently have bought from over the years. His eBay store can be seen in the following link and its stocked all year round with G1 Transformers - Sector-17 Trading Post (eBay useID "specimen-17")

This is in fact my fourth Doubleheader and therefore my fourth attempt at completing him. In my first attempt, I only acquired the shell and helmet; the second attempt I acquired a 'complete' figure who turned out to be missing the small gun and an arm of the inner robot (got partial refund); the third attempt I acquired yet another 'complete' figure who turned out to be missing, yet again, his small gun; and finally in this fourth attempt I got his entire complete figure. What a journey.


Here he is complete. 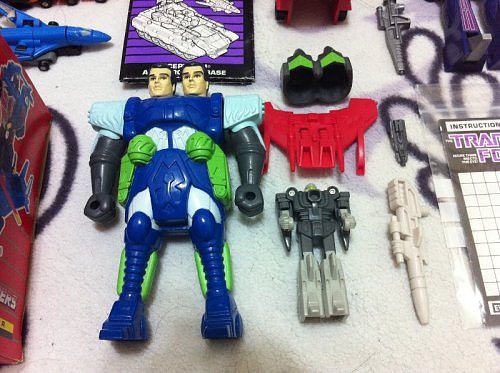 You mean you didn't see the small gun? 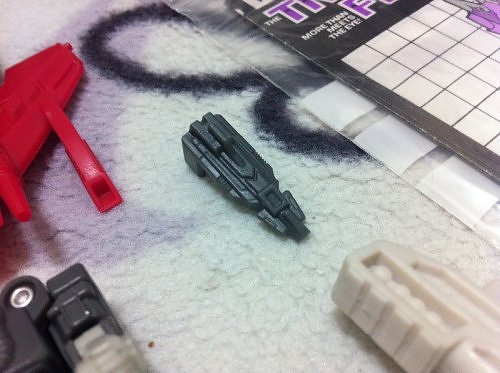 You sure you didn't see the small gun? 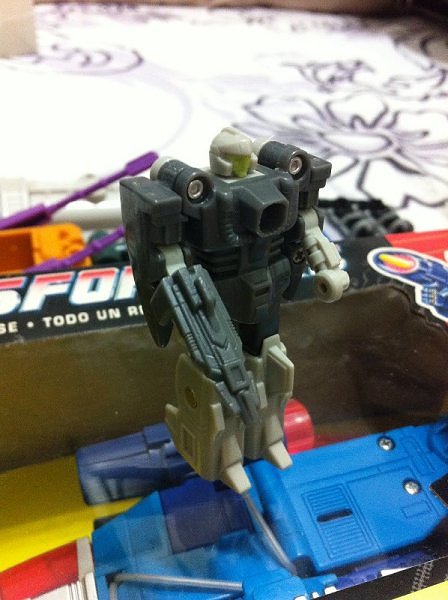 Ok, enough about Doubleheader. This lot is actually impressive in and of itself.

Here are all the pieces in this job lot. 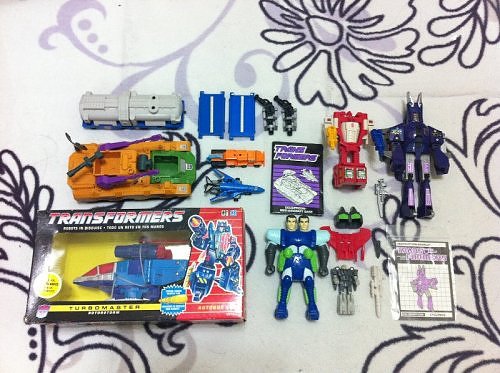 There is the MM Tanker Transport, MM Anti-aircraft base, Rotorstorm MISB, Quickmix, Doubleheader and Cyclonus (blue ear version). Like I said, a pretty neat lot. And yeah, Doubleheader is not the coolest piece in this lot. 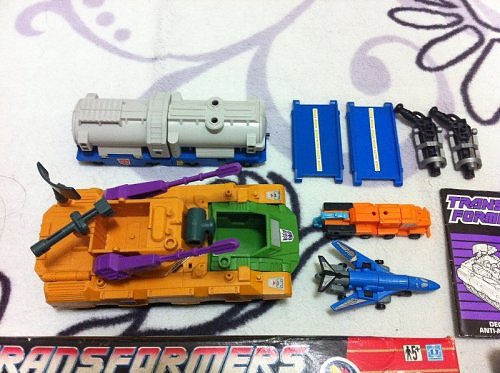 Close up of MISB Rotorstorm. This one to replace the one I got from Newausbot78, who is an irresponsible seller who failed to deliver what he promised. Since this one is MISB, nothing should be wrong with it, yes? 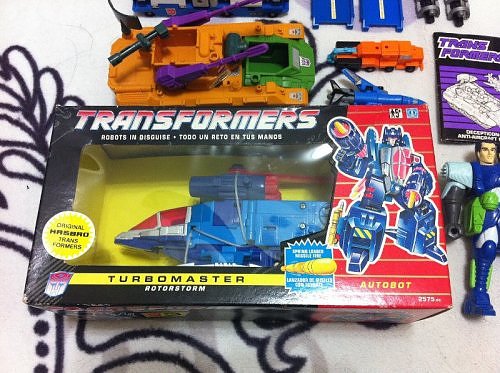 And then there is his blue-ear-ness, the scourge of the sky, Cyclonus... 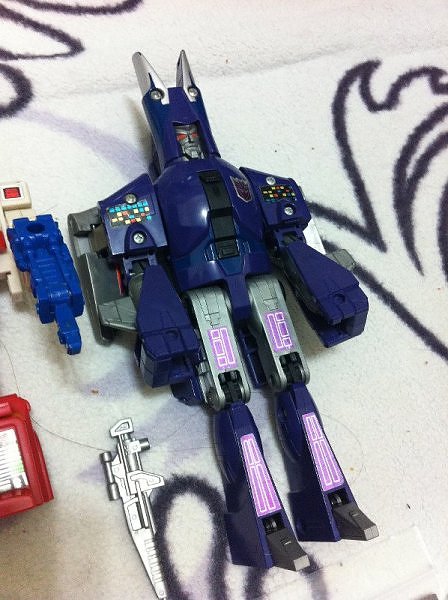 Keen eye-ed collectors would see that this is the fabled blue-ear version, which is released as part of the first Cyclonus assortment back in 1986. Subsequent assortments and the movie poster version of Cyclonus are the more common non-painted versions (ie: no blue ears and no blue waist). Here's another close up. 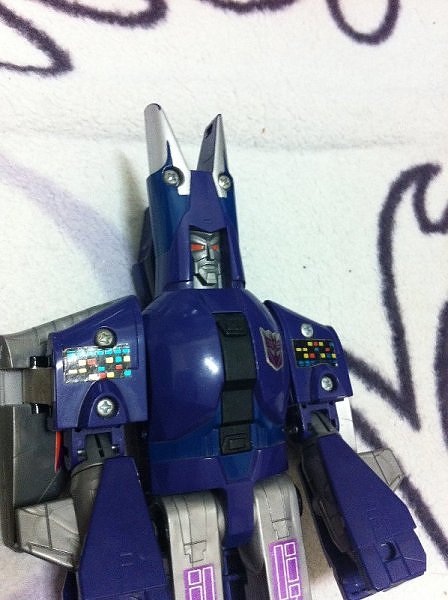 Posted by Heroic Decepticon at 14:04