I'm just expanding on and rounding out the story of my acquisition of the ultra rare Marlboor Wheeljack MIB, unused that I talked about a little here in my daily update from Osaka.

I was very excited on my last day there. There were still lots to get because I miscalculated the time the previous day and did not get the bulk of what I have intended to get from Hero Gangu. I started my day at 10am, went for breakfast and then scouted the route I would walk to the train station after checking out from the hotel and with all loot in hand.

Not 100% sure whether I will buy the God Primus MISB, D-101: Soundblaster or D-17: Soundwave. The latter 2 will have to depend on its condition.

Either way I sliced it, I would still have to use about ¥75,000 from my credit card, which was no big deal practically, just that I conceptually don't like using it. heh.

All calculations in mind, I started my toy-hunting day at around 12pm, the time when the majority of the shops there open.

I went to Hero Gangu first and spent about an hour there. It was very quiet on a Monday morning and there was hardly a soul in sight. I asked the sales girl about a whole lot of things, all of which she could not answer. I also asked about a few toys that she said "were not for sale".

At about 1-ish, the owner of Hero Gangu came in. It was then that I finalised my purchases. I bought about 3-4 MIB Transformers, some 3rd party products and a whole lot of LDs. The owner was very kind and offered to give me a ¥8,000 discount. This was the first time I've ever gotten a discount from a shop-owner in Japan!

We started chatting about Transformers after I paid. I asked him about the dino-cassettes which were my original mission in Osaka and also about the other 3 pieces of G1 that I needed. He basically said they were hard to find and that he did not have stock.

Then, I pointed to the Marlboor Wheeljack and asked him "is that for sale?"

"How much?" I asked cheekily.

Rather than answer, he punched the numbers onto a pink calculator with pop up numbers.

"Indeed, it is expensive," I thought to myself.

"Where did you get it from?" I queried.

"It's dead stock from a Takara factory that I got when I started my business. I used to have 13 Fairlady Z (in blue) MIB unused and another 5-7 of this Marlboor Wheeljack MIB, unused. I have sold them all over the past 8 years. This is the last one. It is very rare in terms of pre-Transformer cars."

For the price it's commanding, I'll bet its very rare! In truth, while I have heard about this mythical piece, I had no idea as to its rareness nor was I able to gauge how rare it is relative to other figures.

I know, however, that it is rare enough to warrant a photo. So I asked if I could take a photo and the owner said "sure, welcome, take as many photos as you like".

I snapped this and another shot with the string of numbers on the top of the box (somehow, I thought I needed it, but will not realise how impt they were till I did my research). 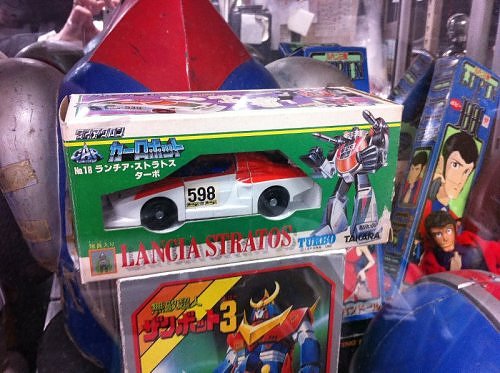 Soon, I said "Thank you for your time, very nice talking to you", and left for Entertainment Jungle, where I picked up D-16: Megatron, God Primus MISB and a loose Henkei Ratchet.

I was back in the hotel at about 1.15pm took 45 mins to (re)pack and waterproof all my purchases ready for the trip home.

I couldn't get the Marlboor Wheeljack out of my mind. So I used the hotel's free internet to do some research as to its rarity and possible collectibility. I spent about 25 mins browsing the net and researching this gem. Fortunately, I snapped a picture of the box top because the string of numbers for Marlboor is supposed to be different from the regular Diaclone Wheeljack.

In the end, I satisfied myself as to its rarity. Never one to pass up a rare collectible, I decided to go back and check it out in further detail and if it checks out, to pick it up.

Shop-owner showed me the toy, but said that I cannot touch it! Whoa. Nuts. I'm about to sink that much money in a figure that I'm not allowed to inspect. He said "no touch, if not will yellow". Okay, makes enough sense to me. I was very satisfied with the piece and the mintiness and completeness of the paperworks.

Since pre-Transformers were never sealed with sticky tape, this piece is as good and close to MISB as can be gotten.

I picked it up with about 10 mins to spare before I had to head to the airport, meaning this was my final acquisition in Osaka.

Here are a few more creamy minty pics of his C10-ness... 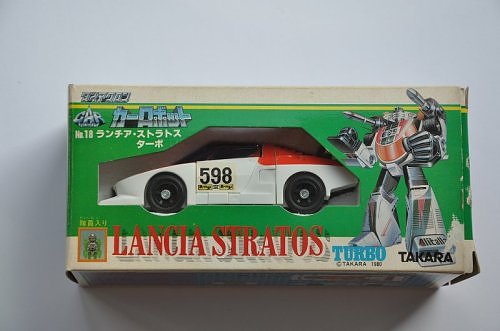 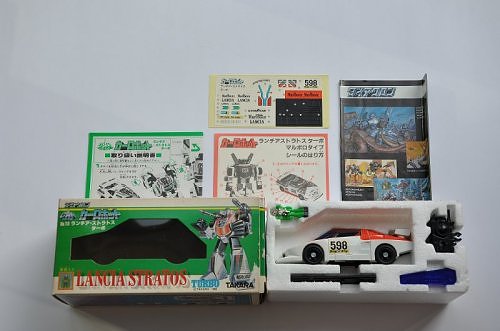 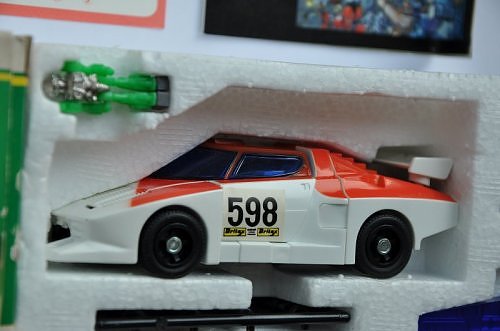 Posted by Heroic Decepticon at 19:49