I saw this at a shop on Monday. I knew it was one of the rarer (or rarest) Diaclone pre-Transformers, right next to a blue Bluestreak or a 'Malboor' Wheeljack - a Car Robots No. 3: White police car Sunstreaker.

This one I saw was bone white, with tight joints and overall minty with the exception of the 2 white stickers on the arms being slightly yellowed and some light sticker wear for some stickers. It also came with a box that was in decent condition (I have seen far too many banged up Diaclone boxes that is not worth the paper its printed on).

I was hesitant at first because I did not know how much this usually goes for. I know its rare, but I don't know how rare (ie: the value it commands). So I went 'reserved' it with the shop and went on forums to try and find out. I was told that last one to come up at auction in quite a while ended at US$550, and it was yellowed in many portions. I was to understand that auction gauge was correct, an MIB Car Robot No.3 Sunstreaker would be in the region of US$500, or more if its white.

I was offered a pretty good price for this one. Today, I went back to the shop after work and grabbed it.

I took it out to transform.

After transforming the white Sunstreaker, I can say for certain that either due to mold degradation or some other factor, none of the Transformer versions Sunstreakers felt and transformed quite as well as this Diaclone one (I used to own a Sunstreaker when I was a kid back in 1984. I also have many Sunstreakers since I started collecting again in 1999). For this Sunstreaker, the joints and interfaces were all just right, precise and fits neatly, even that troublesome back flap that just comes loose and wayward for almost all the Transformers Sunstreakers I have come across, snaps right into place.

If a person wanted a well engineered and manufactured Sunstreaker, clearly this is the version to go for (alternatively, the red Diaclone Sunstreaker would also be as good I suspect). 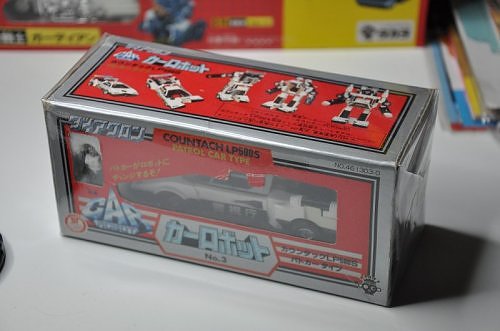 Other than the corner crease, the box is in pretty good nick. 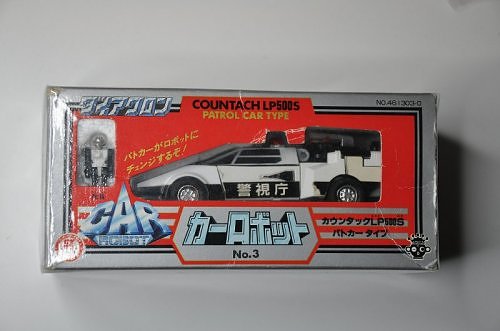 Top of the box, showing a transformation sequence which no doubt inspired G1 box designers. 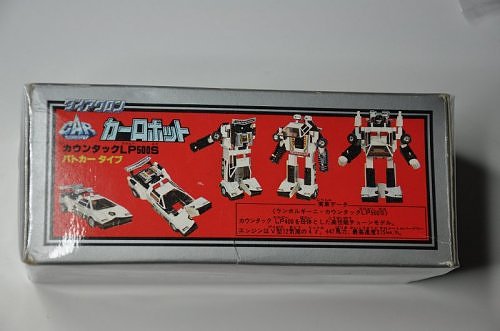 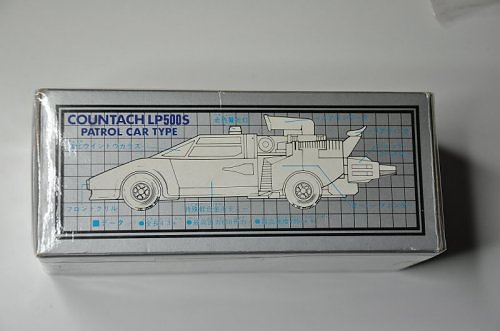 Back of the box showing other car robots which are destined to become Ironhide, Trailbreaker and Ratchet. 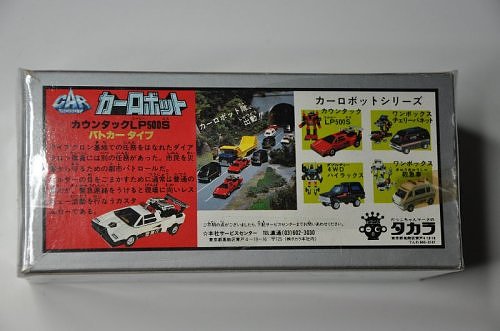 White Sunstreaker with "Goodbye" versions of Optimus Prime and Megatron 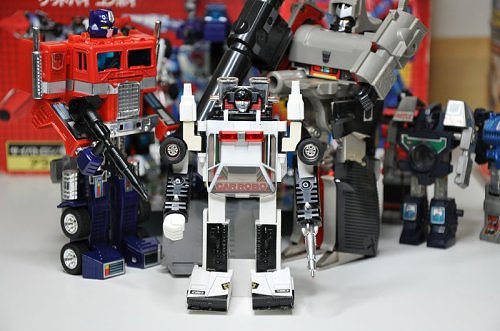 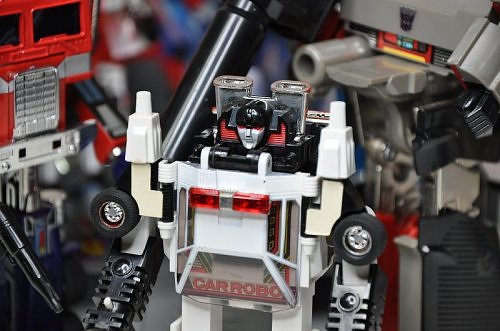 Posted by Heroic Decepticon at 22:34