*Kudos to Deadpool/ Den-O for guessing right before I even started penning this chapter!*

Due to the slight discomfort I spoke about in the previous chapter, Fortress Maximus was to be my next acquisition. Also, knowing myself, it must be an MIB one at the very least- no matter the cost.

I turned the thought over in my head a couple of times. 'Which one?' I asked myself.

Certainly not the RiD reissue, since I have 2; Certainly not Grand Maximus, since I have that guy. So its a toss up between either a USA boxed one or a Japanese boxed one. Normally and as I always do, I will go for the US boxed one but in this instance there was more to consider.

A year ago, I had the chance to acquire a US boxed Fortress Maximus from Hong Kong. At SGD$750, but with a broken Cerebros and yellowed/ yellowing parts, I declined to buy it. One of the reasons actually, was also that the US Fortress Maximus box art was, I thought, less than impressive.

Now, when I'm definitively getting a Fort Max, I'm faced with the further choice of either still going for the US boxed one or the Japanese boxed one. I quickly decided that the Jap box Fort Max is the way to go because: 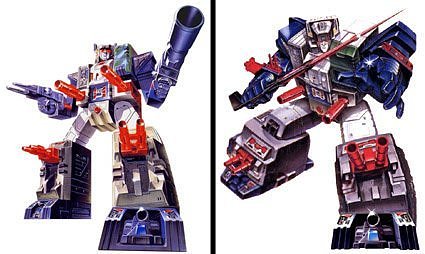 ***
Real all Fortress Maximus chapters!
Chapter 01: The New Quest
Chapter 02: The Acquisition
Chapter 03: It is here