Events of specific importance, like me getting Optimus Prime after my final exams in 1984 or me getting Grimlock for doing well in Primary 5 or my brother ceding all his Transformers to me in 1989, will be documented in separate posts.

In the 80s, my brother and I collected such toys as He-Man (MOTU), Secret Wars, Super Powers, M.A.S.K., Transformers, Visionaries, Centurions, Ghostbusters, Bone-Age, Dino-Riders, Silver Hawks, TMNT, Starcom and for a time, even She-Ra: Princess of Power. Of all the boys toys available to me back then, Transformers stand out as the most prominent.

This was a time where a bowl of noodles cost $0.40 and a can of Coke cost $0.50- that is to say you could have a meal for $1.00. An Autobot car at $29.90 equals the cost of 30 meals! Transformers were not only from another planet; their asking prices were out of this world as well!

Despite all this, my brother and I still managed to get our hands on more than our fair share of Transformers thanks to the generosity of Dad, Mum, our 4th Uncle and our 2nd Auntie. Thanks guys! 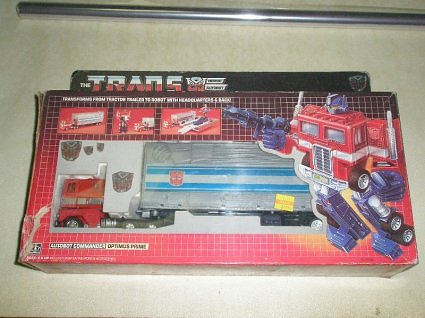 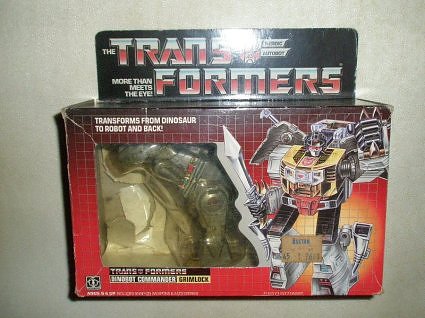 My brother and I were perceptive, or some can say strange, kids. We did not rip out toys right out of their packages, no. For carded Transformers: We used a pen knife to slice off the bubble to remove the toys, without ripping into the cardback at all. If we still had the backing cards we would be able to scan them in for perfect G1 box art. For boxed Transformers: We sliced tape with a pen knife; we then made incisions on the backing card with that same pen knife and removed the toy from the back without ripping off the 'bubble'. All our Transformers can be packed back into their bubbles and displayed as MISB even after play. See The Art of Opening Transformers.

We enjoyed Transformers from 1984 till around 1989 when our interest waned just slightly after the Japanese Victory series. By 1989, my brother relinquished ownership of all his remaining Transformers to me, which in itself is really great if not for what happened next. By 1991, we were in our early teens and had convinced ourselves that toys are no longer cool. There are cooler things like comics, books, role playing games, basketball, roller blading, skate-boarding, cycling, camping, snooker, partying... and girls.

We stupidly, really stupidly, authorised our Mum to give away all, yes ALL, our toys to a worthy cause and to people that need it more than us. And my Mum did just that: she gave to the Salvation Army every single one of our He-Man (MOTU), Secret Wars, Super Powers, M.A.S.K., Transformers, Visionaries, Centurions, Ghostbusters, Bone-Age, Dino-Riders, Silver Hawks, TMNT, Starcom and She-Ra toys.

I look back at this period with extreme sadness and pain, tormented till this day. Thinking back, that is one of the worst decisions I’ve had the misfortune to make.

Post 1991 and pre-1999, the only Transformers we had were the ones we managed to stash away. For me, these included Optimus Prime, Grimlock and all the Japanese box Predacons. My brother only kept his Japanese box Cyclonus. 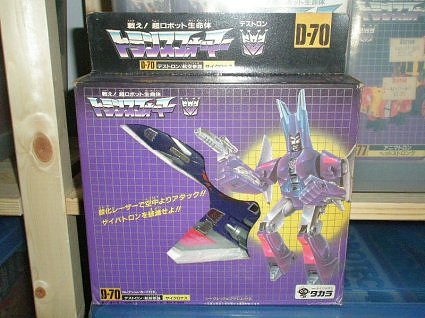 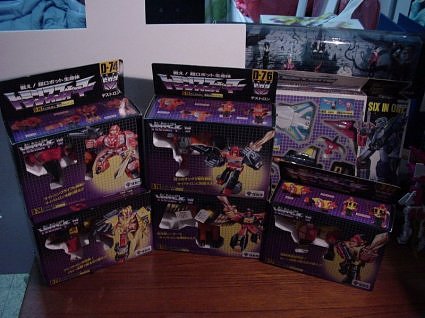 Japanese Boxed Predacons from my childhood (Mummy bought these for me from Zion Road Isetan)
Note: While I have seen lots of them back then, Liokaiser (at back) is unfortunately not from my childhood. 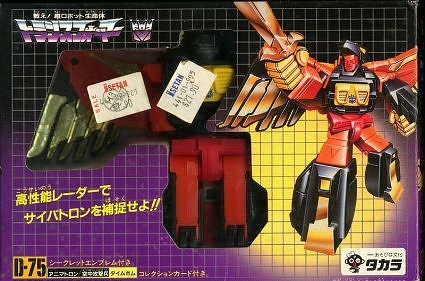