I acquired Targetmaster Slugslinger together with his two other Targetmaster brothers Triggerhappy and Misfire, and also his enemies Chromedome and Hardhead, all Mint in Box.

I really like this guy, but like all the 'new mold' (as Dlin and Tietjens calls them) Targetmasters of 1987, he seems like such a dork and to have sub-par intelligence and limited combat usefulness.

I like Slugslinger because he is a rare double-nosed jet and we don't see many Transformers that actually transform into that. Like his colour scheme. And adore the box art. Simply stunning. 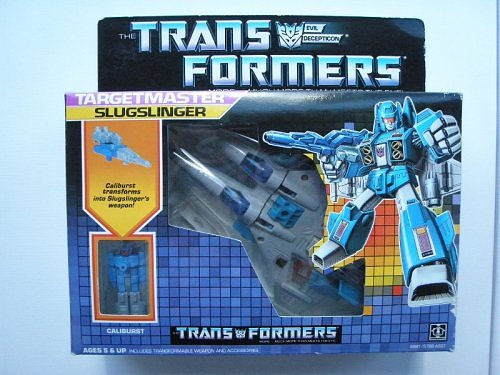 Stunning BoxArt. The toy also looks like it taking up much of the space of the box, rather than appear to be 'swimming' in a massive box like some other Transformers back in the day. 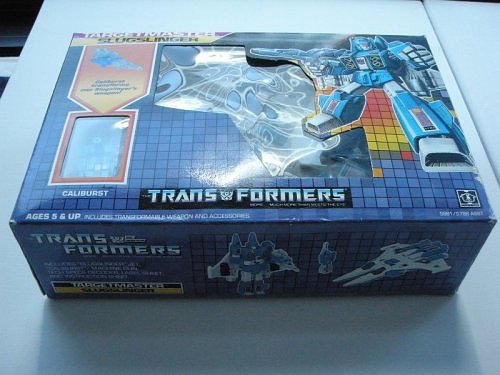 Notice the slight bulge of the box because Slugslinger and his plastic bubble insert is actually almost too big for this box size, but I guess Hasbro still packed him in this box for consistency because it was the 'standard' box size for the the 1987 Decepticon Targetmasters. 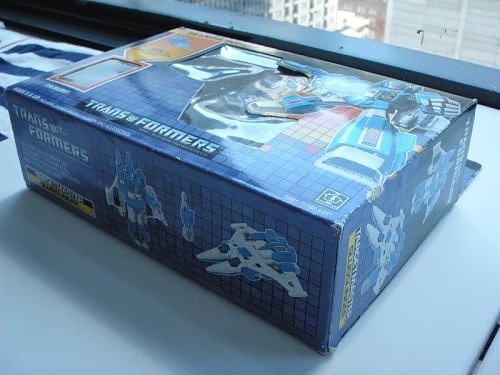 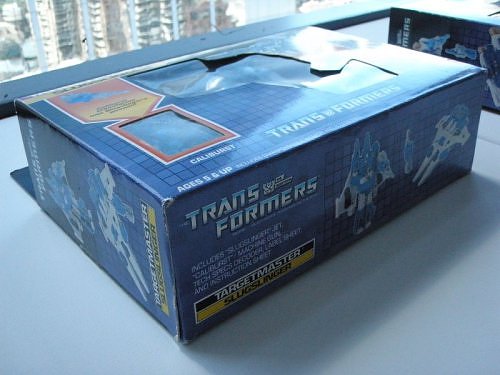 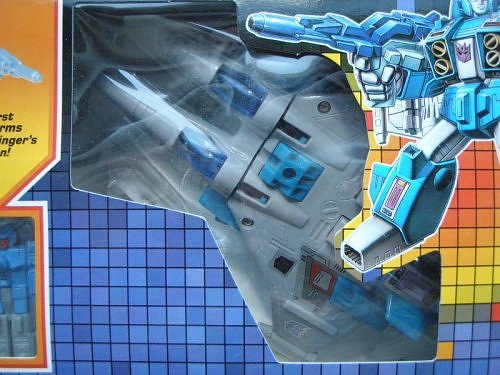 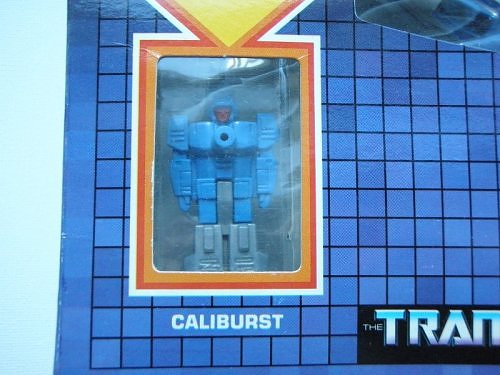 Caliburst in his plastic prison 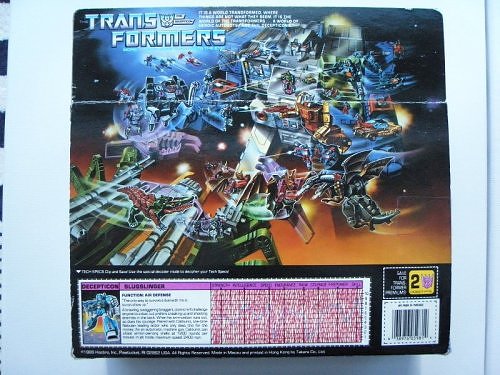 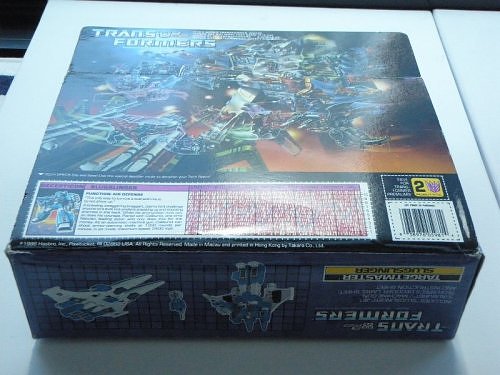 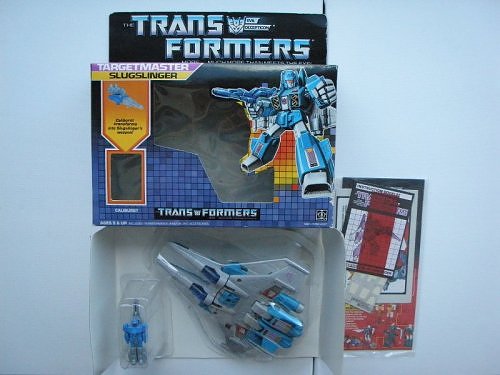 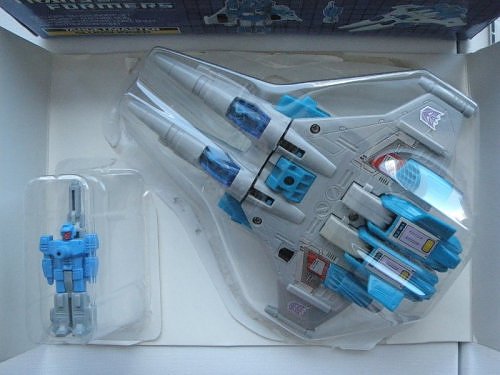 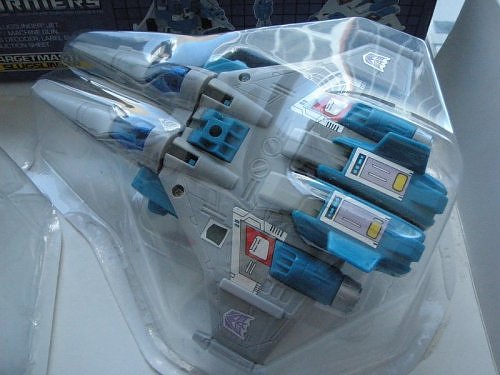 Very near C10 Slugslinger with near perfect stickers. 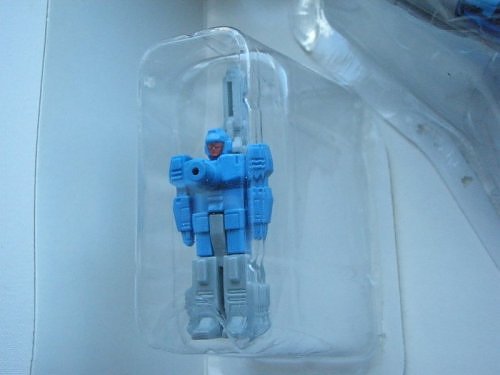 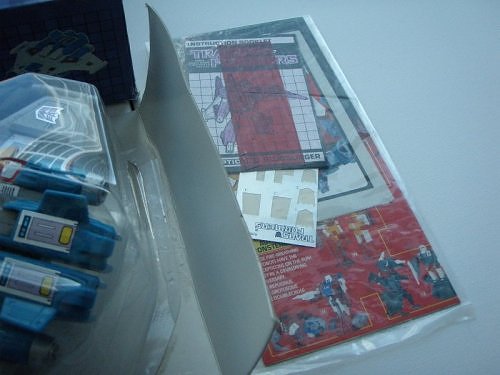 Used sticker sheet and all paperworks and promotional material that originally came with Slugslinger. Notice the catalogue is rectangular in shape and not folded into a square like the catalogues that were packaged with smaller Transformers back in the day. 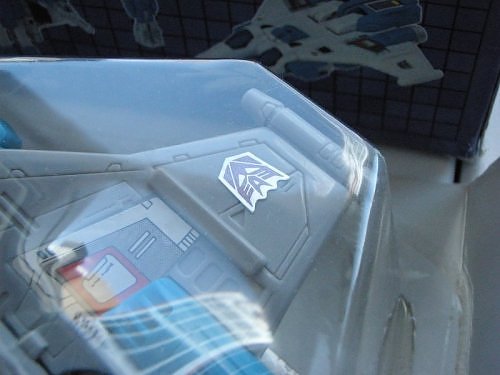 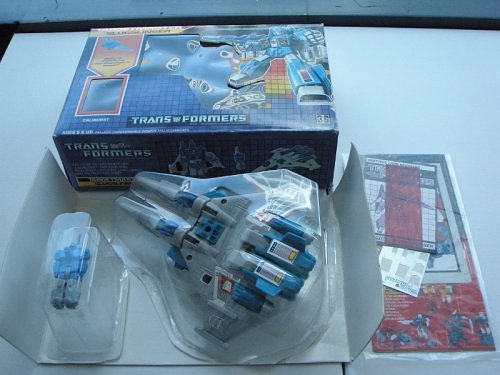