I recently acquired Cloudburst MIB, at the same time, and from the same seller whom I purchased my MIB Targetmaster Cyclonus from.

I bought Cloudburst by-the-by, just as something more to buy from this seller so that Targetmaster Cyclonus won't be shipped alone and also to amortise shipping cost from England. On hindsight, it was actually a pretty good move because this Cloudburst cost AU$50, shipped to Australia.

While it is no criticism to this toy, which I think is one of the nicer 1988 Pretenders, I was actually not that interested to acquired Cloudburst. I can't put a finger on why. But maybe its because he was the only Pretender my brother and I had back in the late 80s and because its articulation was so revolutionary among Transformers of the time, we played that toy to its death. Perhaps I'm less interested in obtaining him because unlike the other Pretenders which I never had, it no longer held any mystery for me.

Still, I'm glad I bought this MIB Cloudburst. It is in such great condition and definitely a lot nicer in condition than my childhood Cloudburst. 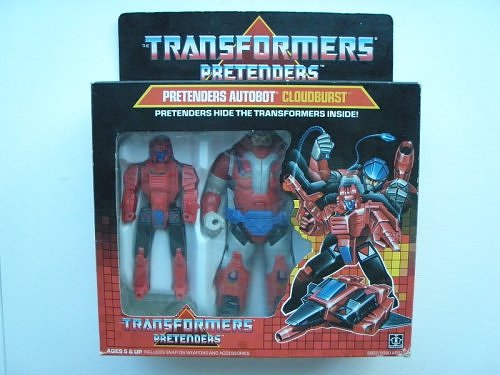 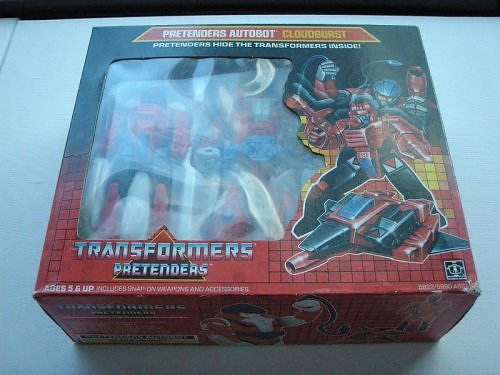 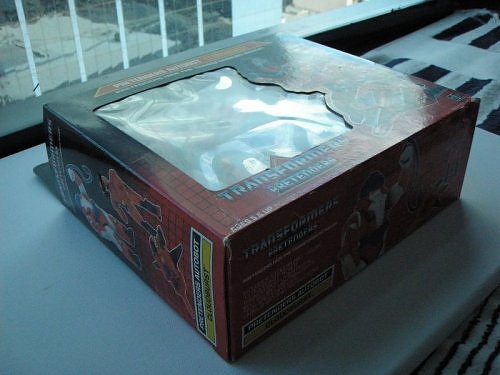 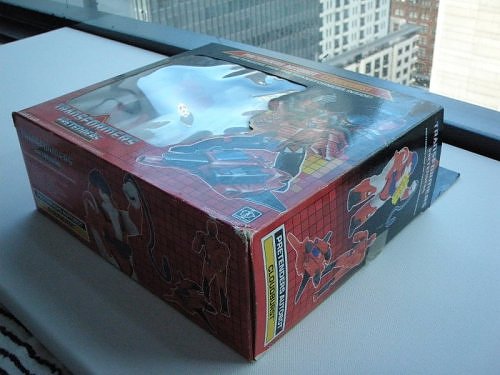 The bottom corner here appears to be slightly damaged. There is a price tag which says £9.99. 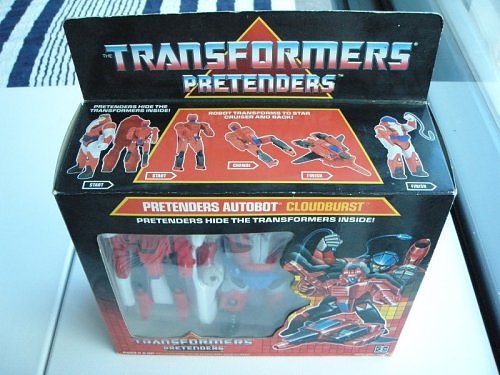 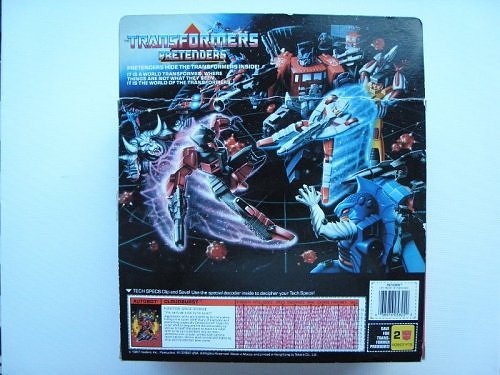 Love this back of box BoxArt. Perhaps the nicest back of box art from 1984 to the end of G1. At the time, I remembered how elated I was to see from this BoxArt Powermaster Optimus Prime! After two years, which was really toy for a kid and in terms of toys, Optimus Prime is back and he's no loner dead! 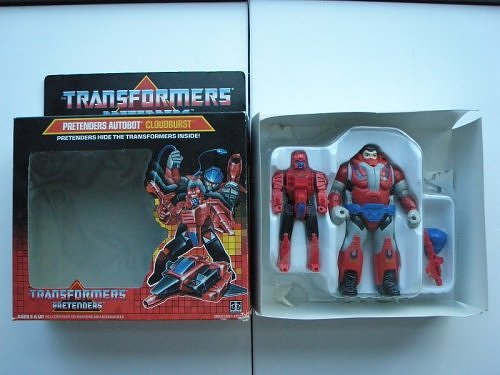 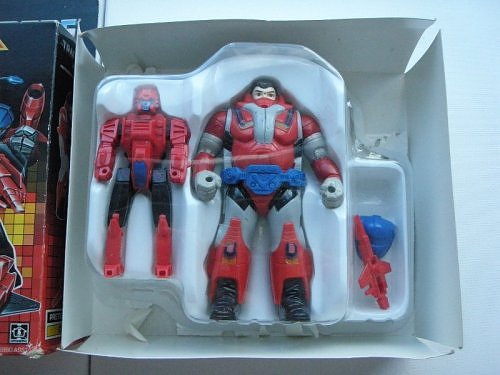 Nice Cloudburst and his insert tray.
Posted by Evil Autobot at 07:08