Hardhead. Definitely one of the 'in' characters in recent Transformers mythos. He played a pivotal part in the IDW Transformers: Devastation arc and was later given his own Spotlight as part of the finale in Transformers: Revelation.

Understandably, the Hardhead in comics looks quite different from the G1 Hardhead, which was supposed to be a Cybertronian tank. Among the 1987 Headmasters, I like Hardhead the best. The Hardhead toy is the largest Autobot Headmaster from 1987 and is the only one among the 4 to feature chrome paint on it. The 'driver' compartment is also large enough for Duros to sit inside with his arms out stretched (something that can't be done for most other Headmasters). To top it all off, Hardhead transforms into a really nice tank! 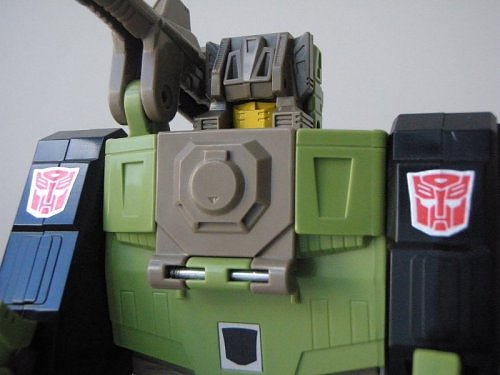 I never did get a Hardhead when I was younger. I instead strangely opted for Chromedome when given an opportunity to purchase a Headmaster. I still don't know why I didn't go for Hardhead back then.

As mentioned a few posts back, I recently acquired the three 1987 Decepticon Targetmasters: Misfire, Triggerhappy and Slugslinger from a US seller. At the same time, I also worked out a deal on the side to purchase Chromedome MIB, Highbrow, Brainstorm and the subject of this post, Hardhead MIB, from him.

Among the 5 MIB Transformers I bought from him, I must say that Hardhead is probably in the best condition, both in terms of the toy and the box and inserts.

Here are some pictures to support my assertion... 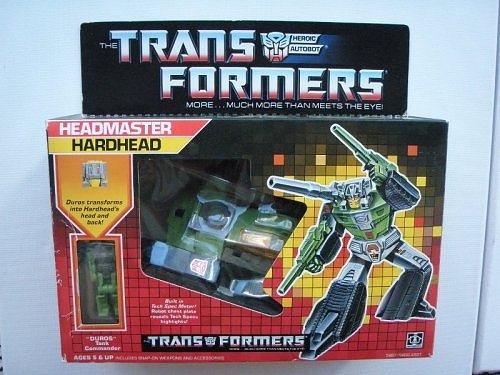 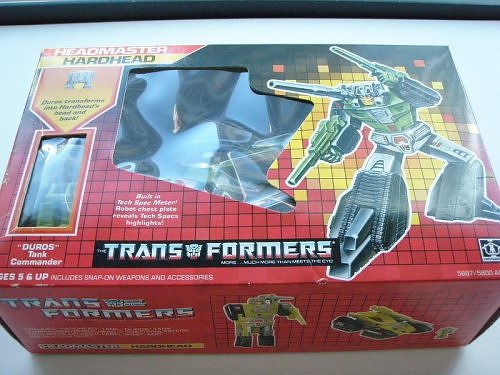 Very nice and smooth box with a slight flaw at the bottom middle of the box. 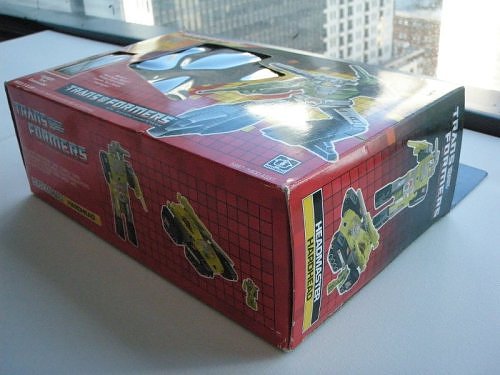 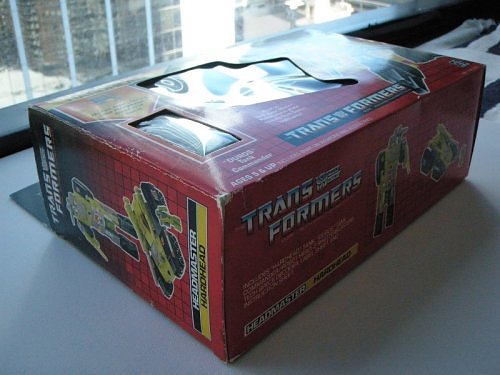 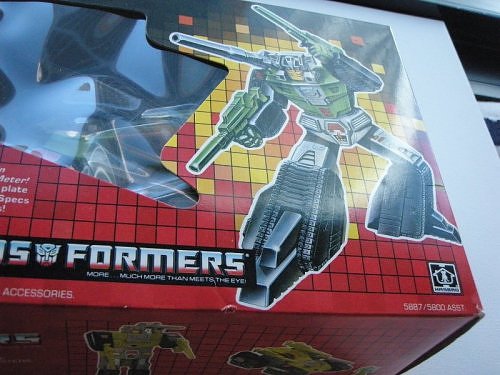 Beautiful box art - as with the 1987 Headmasters, Hardhead had very nice box art which is of a higher quality, in artistic terms, compared with the majority of the earlier year Transformers. 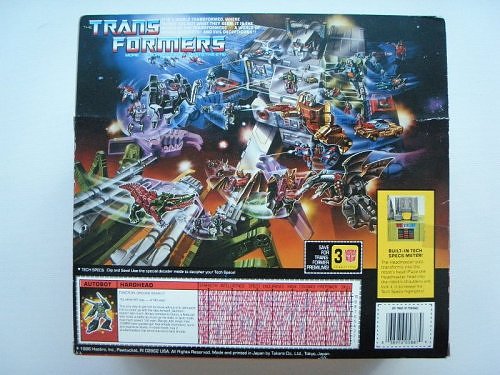 Back of box with a very slight flap crease. 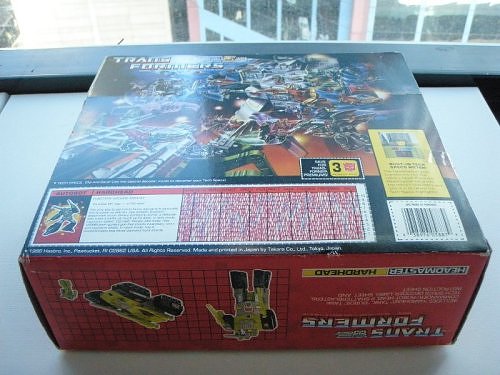 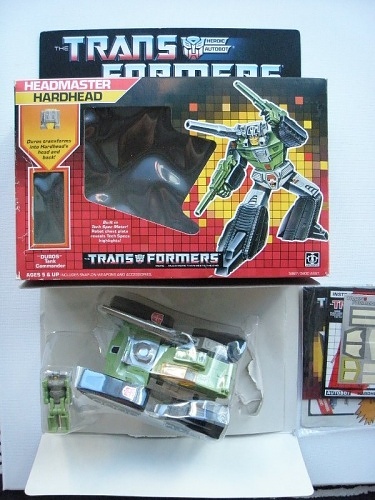 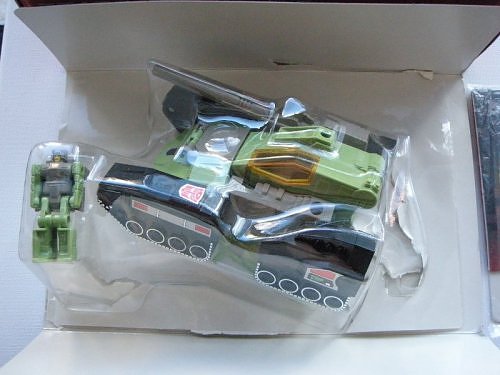 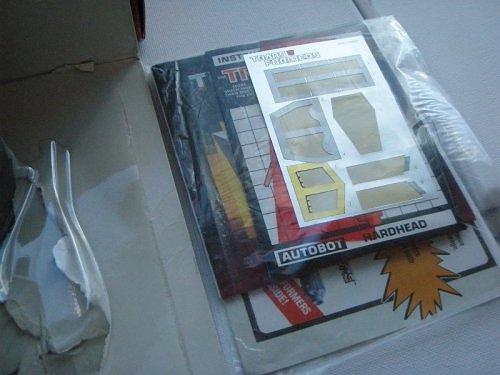 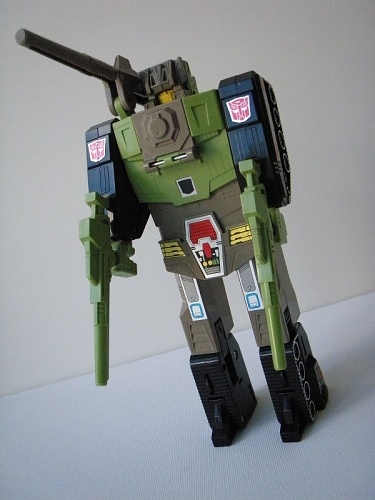 Hardhead robot mode. This guy have very near perfect stickers. 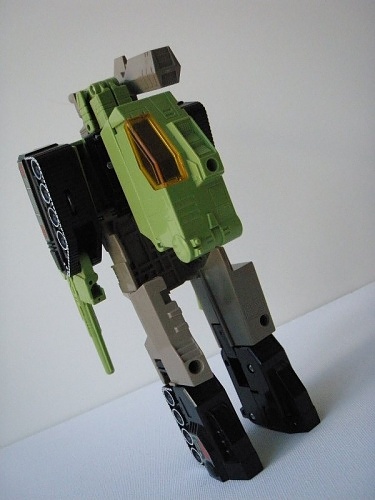 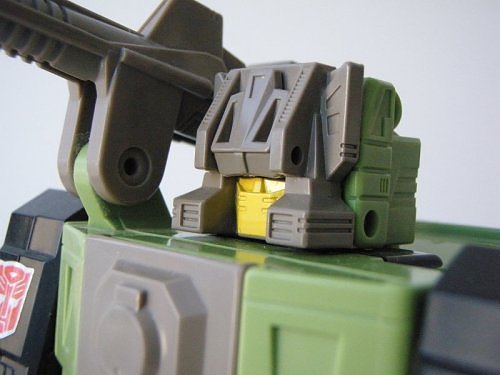 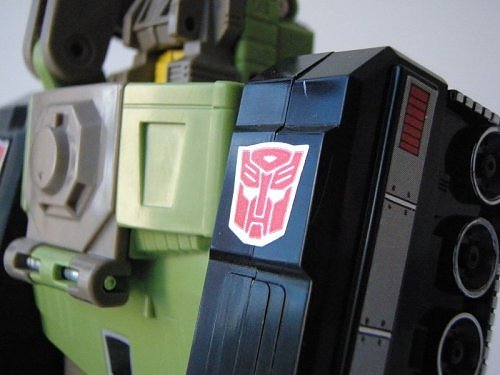 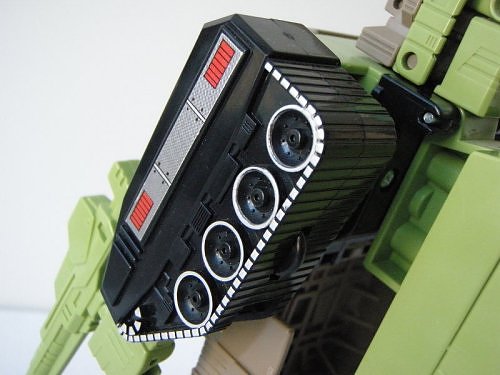 Unlike other Hardheads I've seen previously, this Hardhead does not exhibit any chrome wear on his tank wheels and tank tracks- easily one of the hardest parts of the toy to keep mint and without wear. 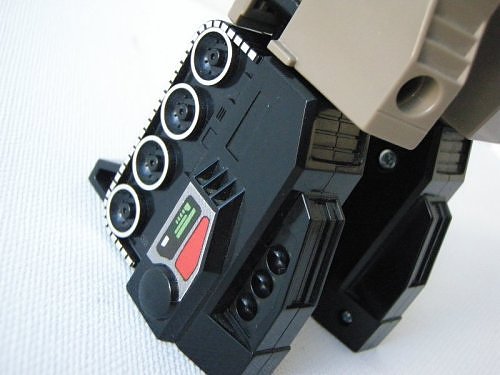 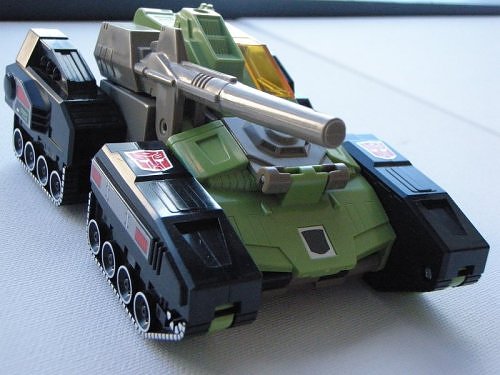 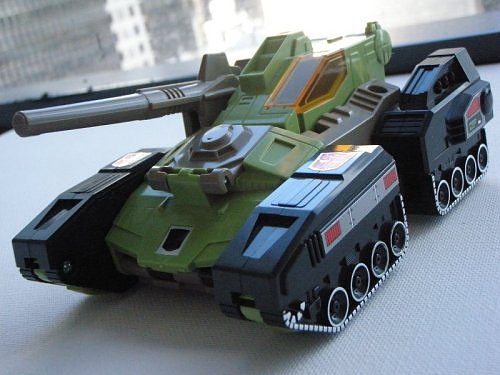 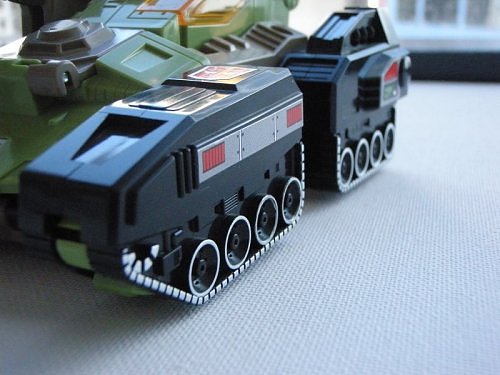 No chrome wear on tank tracks and wheels.
Posted by Heroic Decepticon at 00:01