I will talk about the first half of 2007, then about the second half. I would like to think of 2007 as the year the world is ‘enlightened’ by the experience of Transformers with the advent of the live action movie.

The first quarter of 2007 had been terrible. I was feeling miserable because of xxxx related matters and as a result hardly looked in the Transformers’ direction. Thinking back, I probably could have looked the way of Cybertron. There is every chance that it might make me happier? For the record AR was always there for me and tried to cheer me up. Thanks!

The second quarter of 2007 was much improved. I went on a trip back to Singapore and Hong Kong and acquired quite a massive lot of toys and Transformers. I did it like a live journal (no pun intended) and updated my findings and acquisitions onto the Ozformers forums on a daily basis here.

The Transformer highlights included MP-03, MP-04, MP-05 (2 of these babies!), Masterforce Ranger MIB, Jap box Pounce & Wingspan MIB, Mega-SCF exclusive Skywarp and WST Grimlock & Slag. The price of Mega-SCF Skywarp is probably the most note-worthy titbit in this lot but I am equally happy with my MP-05s.

I spent the May and June period ‘preparing’ for the upcoming Michael Bay Transformers movie. I was sort of looking forward to it although I found the re-tooled robots rather revolting (more thoughts here). First we get a perfect Megatron in MP-05, then we get this fugly amorphous silver cockroach that wishes he can pass off as Megatron in the Movie – and voiced by Hugo Weaving no less. 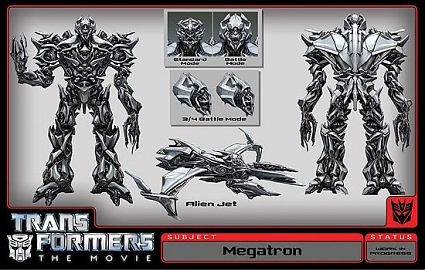 Strangely, I was mildly impressed with the movie toys and and went on insane toy hunting expeditions together with my colleague AR - the fun was more in the hunting than the toys. In the end, I acquired about 90% of the Transformer Movie toys of which I find Ironhide and Wreckage particularly impressive.

The movie toys were alright, but still nothing compared to G1 and that is exactly what occupied me the rest of the year.