Did you hear the Sound, of that Wave

This is a simple story of my childhood Soundwave.

Many primary school classmates I knew wanted Soundwave. So did I. After weeks (or was it months) of clamouring and convincing and finally cornering, I got mummy to agree to buy Soundwave for me.

She knew she had to buy it for me and she knew I wanted it as soon as possible. What she did not know was that I was so desperate for a Soundwave, that I would make her buy the first one we came across- no matter the cost.

I made her buy one from OG People's Park and it cost $49.90. Little did she know that the exact same Soundwave was available at Metro Marina Square for a mere $29.90, a difference of a whole $20. She did not know, my brother and I knew- but because of my desperation to get Soundwave, we kept quiet.

As it came to pass, mummy found out about it. We on our side were silly (or naive) enough to admit that we knew, but didn't tell her. Now $20 was lots of money back in those times and I really cannot blame her for flaring up and blowing a fuse.

Her anger came in waves; we were running scared from the sound. She rightly, taught me a lesson I would remember to this day. 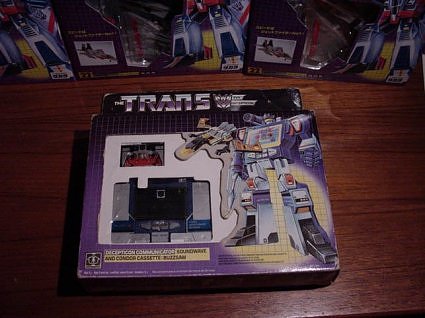