After many phone calls and much arrangements later, I finally have BT-18 'in hand'! It is actually still back in Singapore, but its safe.

Instead of doing that VL said: 'Eh, a new Binaltech is coming out soon. Heard its a clear version of something. Do you want to reserve? I don't give you change and take it that you put $10 down as deposit how 'bout it?'

I thought for awhile and said 'Why not. Okay.'

Fast forward to September '07 (5 months forward) and many eBay acquisitions later. My interest in getting the BT-18 waned because my cousin, CF, enlisted in the army and there is no one to help me pick it up. 'I already bought so many Transformers over the past 3 months. Maybe I should just forget BT-18. It's too much trouble' I thought to myself.

This just means one thing: I better make sure my reservation still stands.

I called VL immediately on reaching home from work to confirm my reservation status. I was relieved that my reservation still stands and that I was high enough up to list to actually be entitled to one. According to VL, only 2000 pieces (I think it should be more like 20,000 maybe?) of BT-18 were released/made; he ordered 50 but eHobby only gave him 21; and he had a 60+ customer backlog that is unlikely to be entitled to a piece at all.

So, reservation holds, that is one problem down. I still have to figure out how to collect the figure from VL. I made a few calls and... never fear its mummy to the rescue! Mummy kindly volunteered to collect my BT-18 for me on 30th August '07, one day after i re-confirmed my reservation's status with VL.

A very big thank you to my dear mummy and to AR. This wonderful story couldn't have happened without you guys. 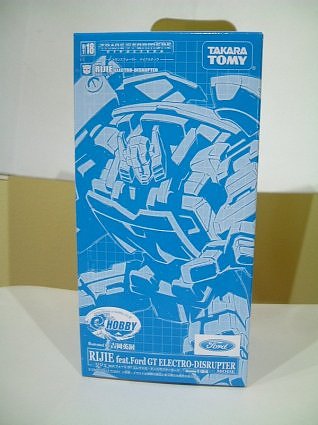