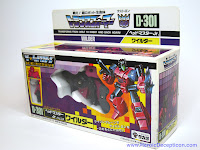 Today, I am showing an MISB specimen of D-301: Wilder.

I actually bought this at a local auction site yesterday evening.

Today evening, I met the seller at the train station near my work and completed the transaction - all within a span of 24 hours!

I'm very happy that transactions here in HK can take place, so fast, with no frills, no shipping costs and is such a pleasure!

I don't really have an awful lot to say about this MISB figure other than showing some photographs of how absolutely gorgeous it is. As can be seen by the little thumbnail on the left, this is the Japanese version of the USA figure Fangry, which is a small sized Headmaster compared with the likes of Mindwipe, Skullcruncher, Weirdwolf for example. 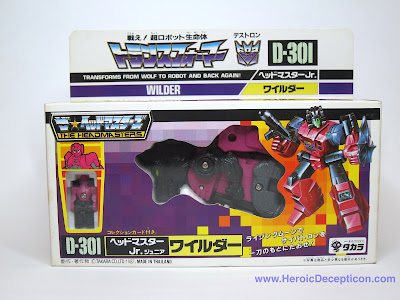 In Japan, these small Headmasters were released as part of the 1988 Transformers Chojin Masterforce line as 'Headmaster Juniors'. D-301 is called 'Wilder' in Japan. 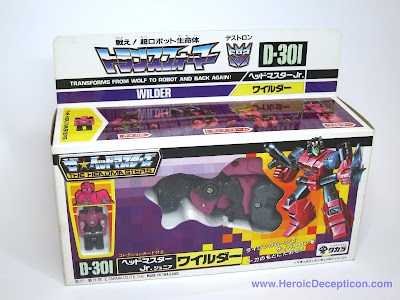 One of the rare few figures that has its box art entirely unobstructed. 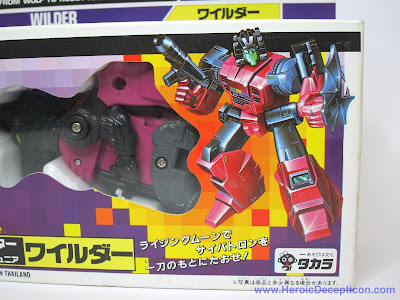 The Headmaster figure. According to Masterforce lore, this is actually Wilder, while the bigger robot is the thing Wilder pilots. 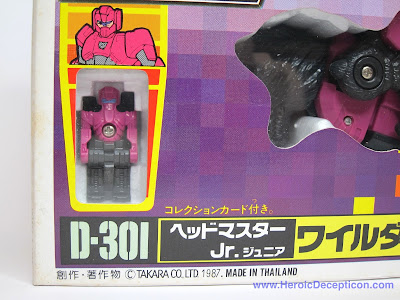 Pristine, sharp corners all round. Not bad for a 25 year toy. 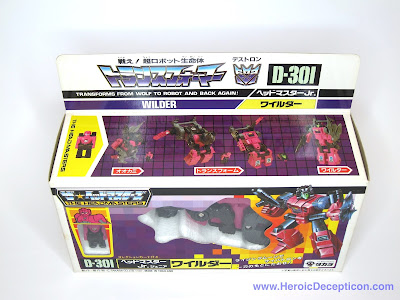 Believe it or not, the seller told me that he bought this (and 2 other Wilders MISB also) about 2-3 years ago, casefresh.

Does it look casefresh to me?

Just look at this pic. 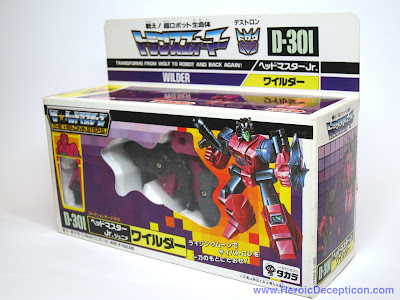 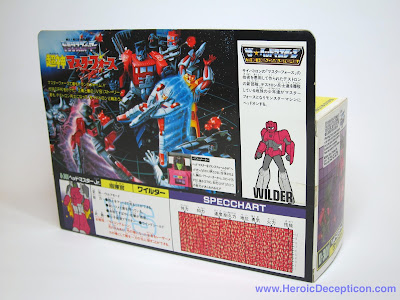 No really, the flap is that straight. 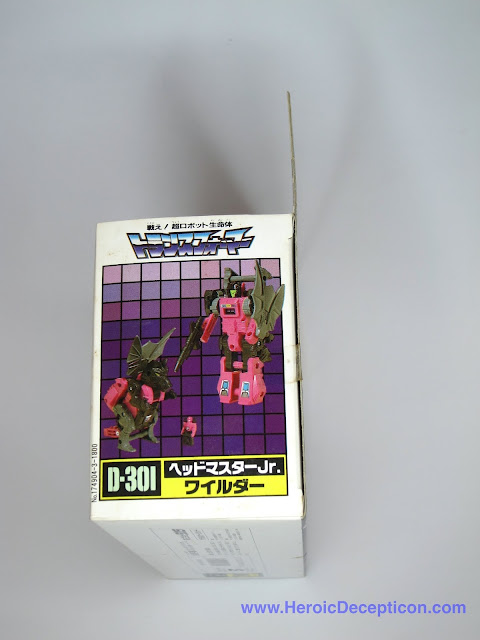 Bottom of the box, for good measure. 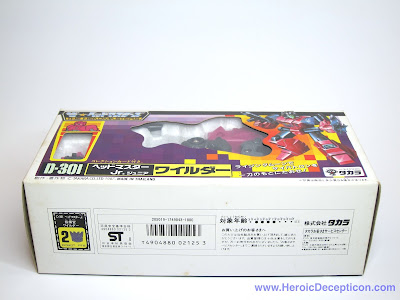 Here, photoed together with its Cybertron counterpart, C-301: Go-Shooter. 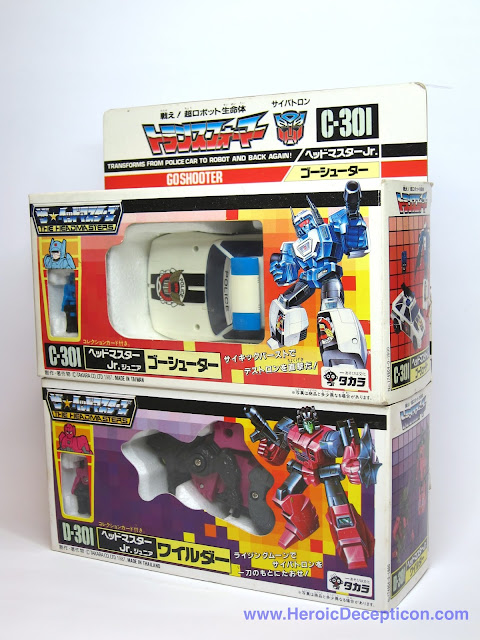 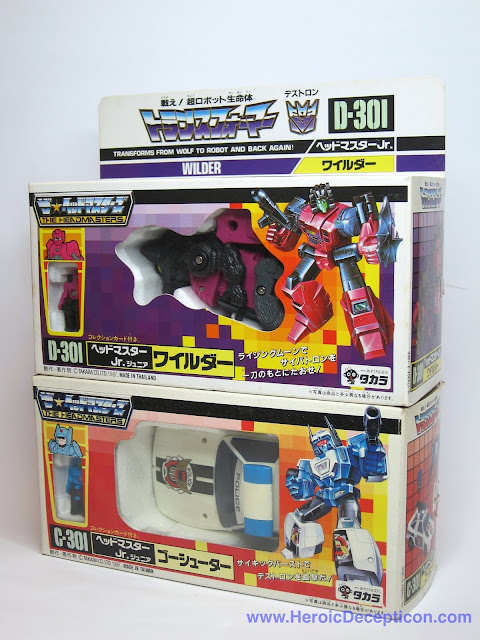 Posted by Heroic Decepticon at 01:34