Quite excited since I picked this up last night. Was probably one of the first persons at the shop to pick it up because I was talking to a shop-owner friend in his shop when I saw the stock arrive.

Having already pre-ordered this, and incidentally having the receipt in my wallet, I popped over to the next shop to pick it up.

Here it is. Out of the box already! The MakeToys Mobine Series - Paladin / Chaos, a toy meant to be The Fallen, from Dreamwave's War Within: The Dark Ages comic series. 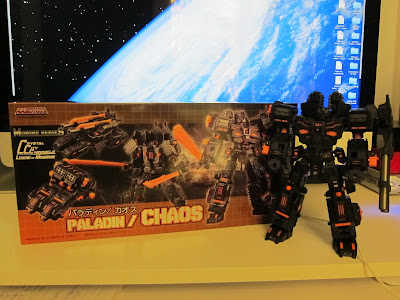 Having removed it from its box, I thought I'd share some thoughts on this here. The thoughts are going to be random, hence why I titled this a 'kindof review' - it's not really a review.

Here he is in robot mode. I gotta say, for a character that is evil, my, the toy is pretty majestic. You'd think that having a colour scheme that is 90% black might be a little 'boring', but no, Chaos is far from boring. There are lots of little orange details on appropriate parts of him, very likely intending to simulate the sort of fire that the Fallen has always portrayed with. 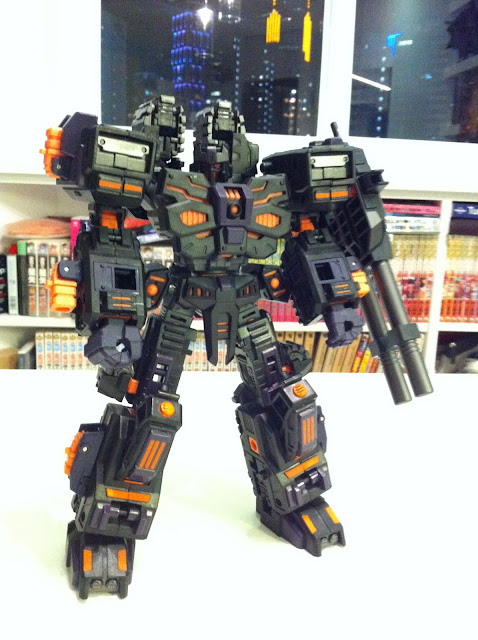 Oh, and he comes with a kindof huge sword too, which is a plus. A quick google image search shows me that the sword design is pretty faithful to the sword he had in the comics. Very nice, MakeToys. It also goes without saying that the poseability is top notch, as usual for MakeToys products. 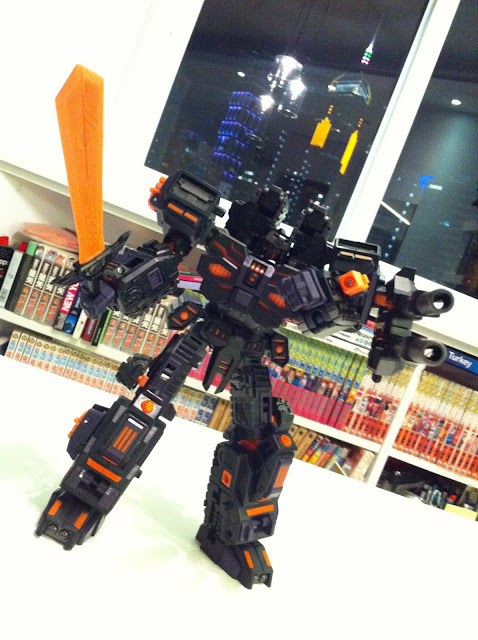 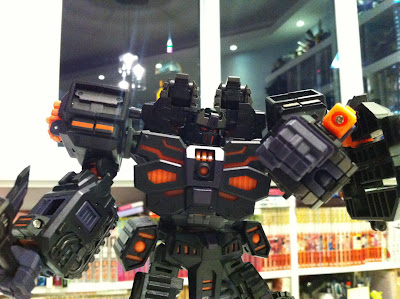 Close up of head sculpt - absolutely exquisite. Here you can see it is more than just black, there are blacks, oranges, dark shade of lilac, red and gun-metal dark grey. The colour palette is very nicely selected and subtle. From far, it looks like a all black toy, but it is only on holding it and closer inspection that I realised it has such a rich colour palette. 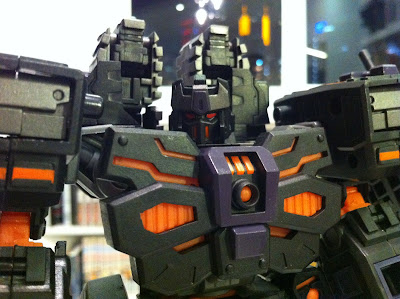 Here is a size comparison with MakeToys' Green Giant (ie: not-Devastator). As you can see The Fallen is a fairly large and tall toy. 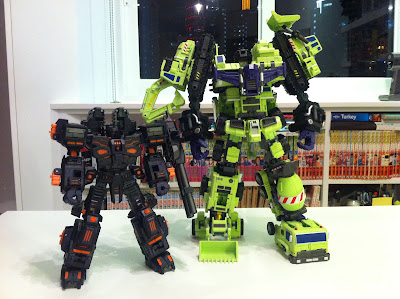 To be honest, I really didn't much care about The Fallen as a character before this and just pre-ordered the toy on a whim. But the toy is so awesome that I think I am growing to like the character.

Oh, one other thing, for all those who owns the Titanium Fallen by Galoob, I think it's time to throw that piece of crap away and get the MakeToys Paladine / Chaos figure, as the definitive Fallen in your collection!

PS: It does transform, but I like the robot mode so much I have not got off my bee-hine to take photos of its tank mode.

This is a shot from the top with the arms down. 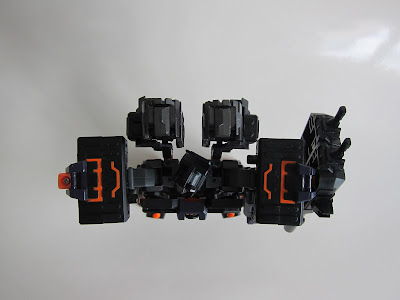 A shot from the top with the arms lifted up, facing front - not need to move the backpacks, lots of space in between as can been seen. 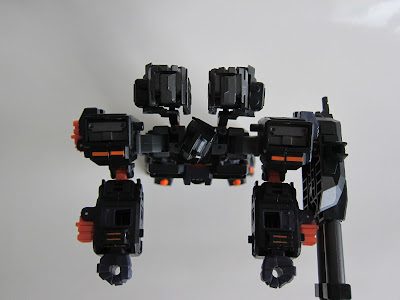 A shot from the side showing the arms in a 'T', but there was no need to move the backpacks in any way. 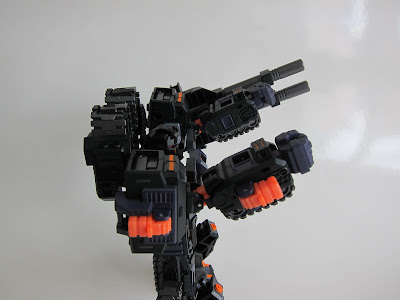 Same posture as above, expect this shot taken from the front. 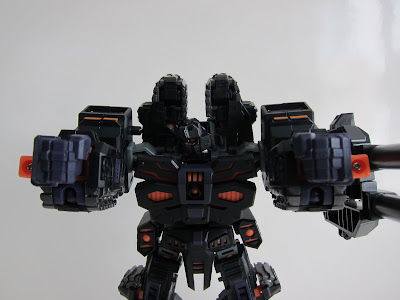 For completeness, shot of the back. 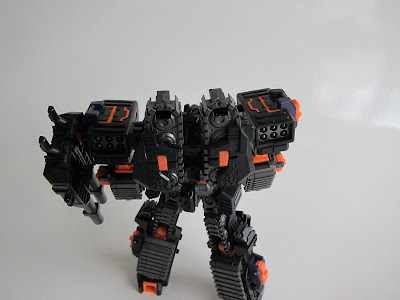 Can even do an action pose with the arm 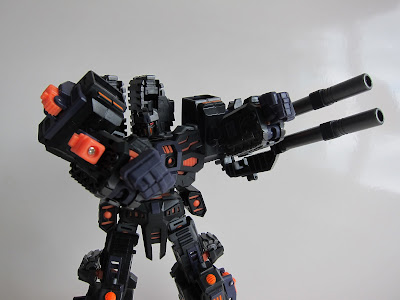 Some more pictures since I was at it. 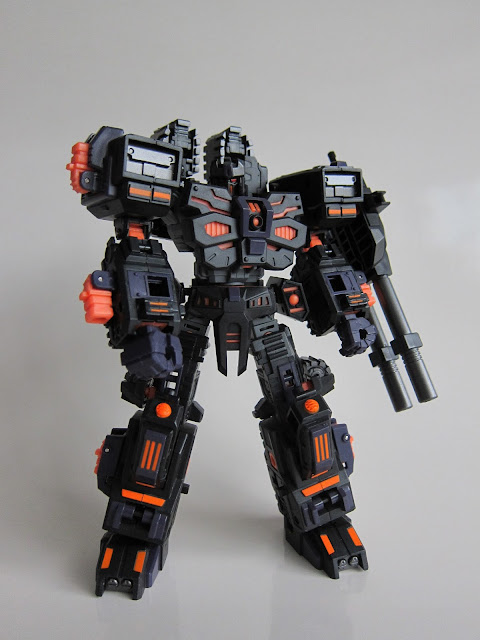 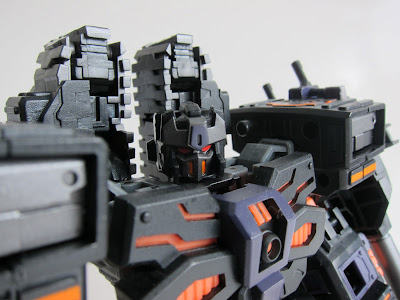 Posted by Heroic Decepticon at 23:10