This Reflector post is dedicated to devstar37, a friend, a gentleman and a good guy. Here's hoping it will all work out! 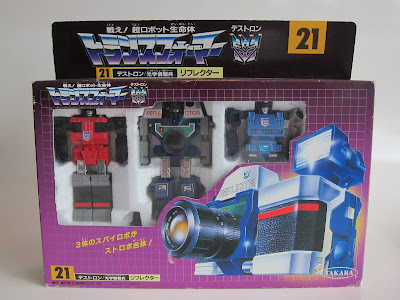 For awhile, I have been writing about SCF figures. They have been awesome, but then I've not gotten around to writing about the G1 pieces that I love and that I have been acquiring. This is one of them - Japanese boxed 21-Reflector, considered by many to be one of the rarest of the early year Japanese Transformers and a character I am very fond of.

Significant also because it was a regular release in Japan, unlike in the USA where it was a mailaway exclusive in a completely white mailer box. The Japanese 21-Reflector comes in a 'standard' G1-styled box, with stunning box art, as is common place in that golden era of boys' toys. 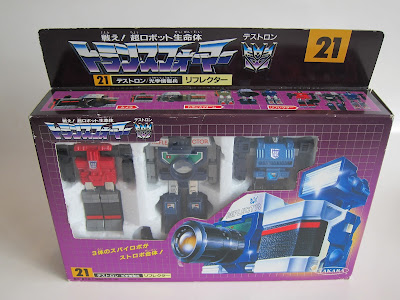 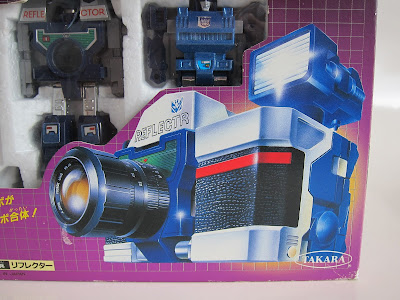 This is a shot of the side of the box. 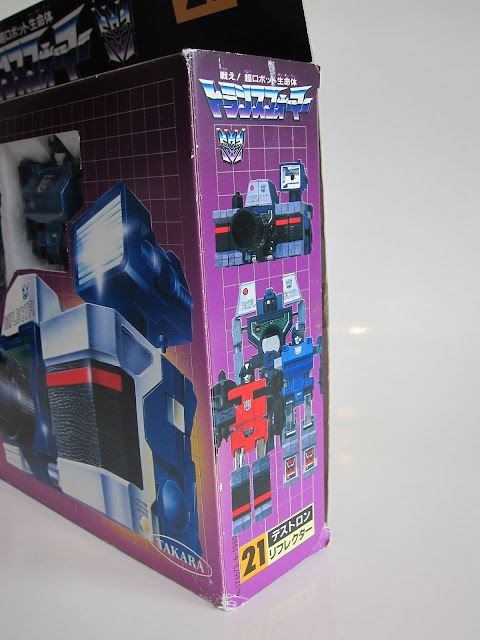 This is the other side of the box, featuring the same graphic as the opposite side. 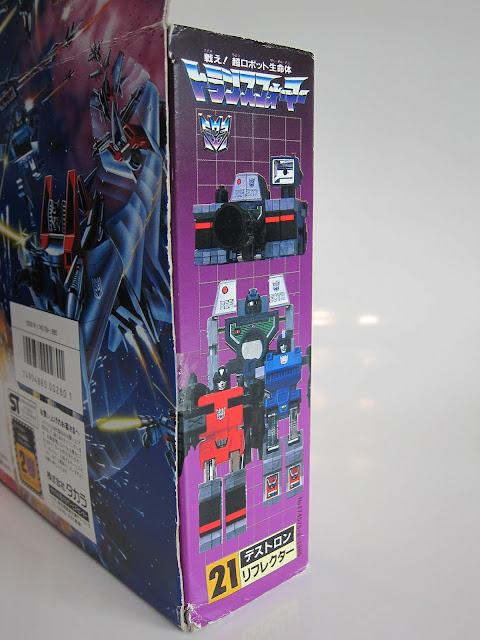 Bottom of the box, showing both modes. 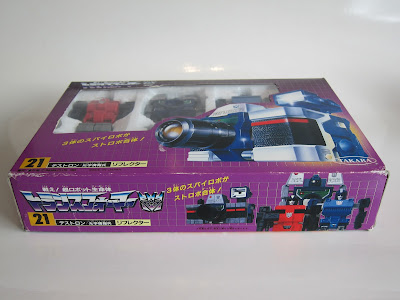 This is a zoom in of the bottom of the box. 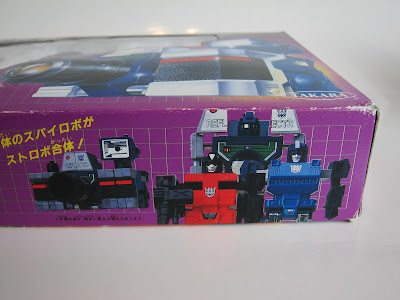 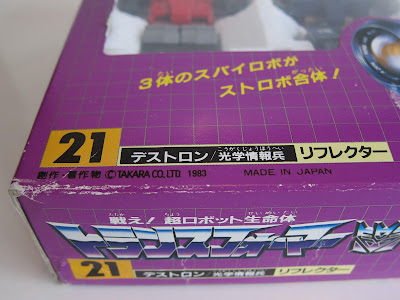 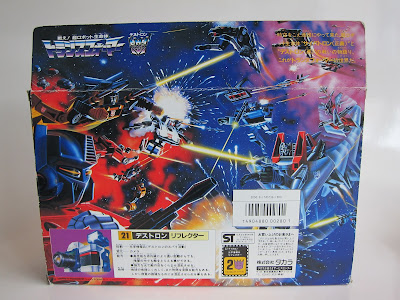 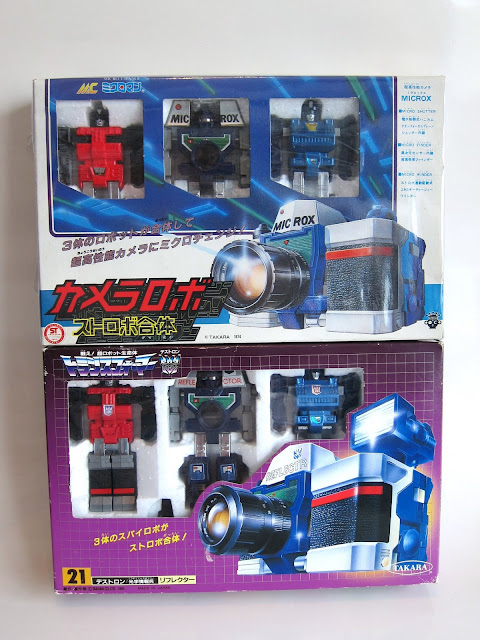 This is a shot of:

In a manner of speaking, this is the Reflector 'money shot', especially dedicated to devstar37. 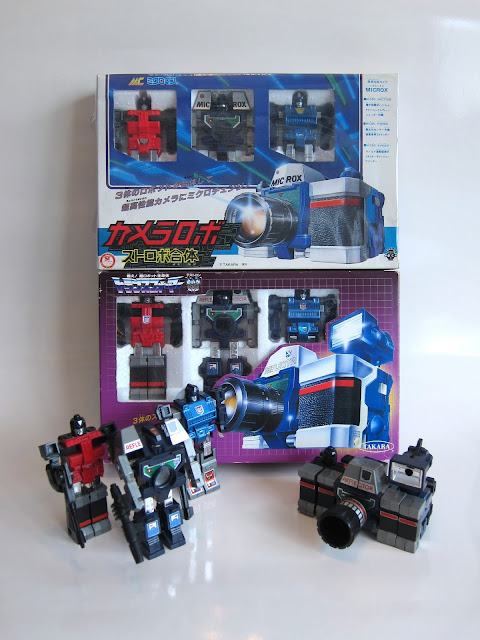 A close up shot of the loose toys. 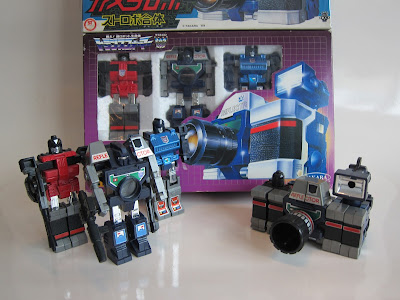 Close up shot of Reflector in robot mode. 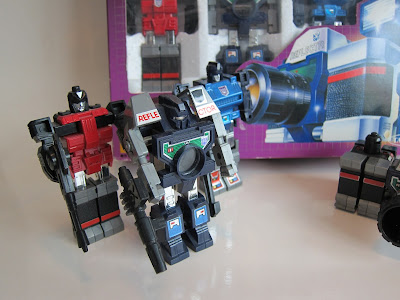 Close up shot of Reflector in camera mode. 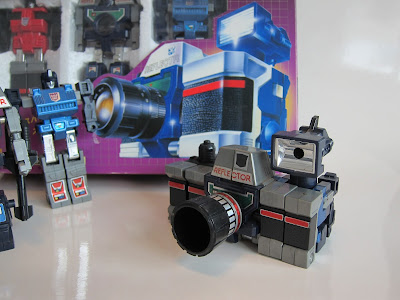 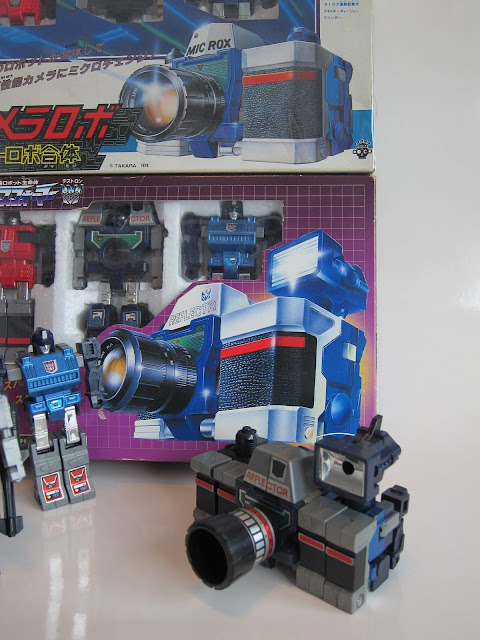 A comparison shot between Transformers 21-Reflector and MC-05: Reflector. 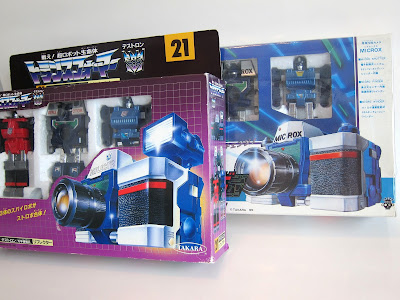 Posted by Heroic Decepticon at 00:09