A month ago, I talked about Negatron, which h-beest told me about.

There he is, the brown robot (from left to right: Shockwave (behind), Barrage, Megatron, Scrapper (behind), Hook, Negatron, Rumble, Soundwave, Frenzy (foreground)). 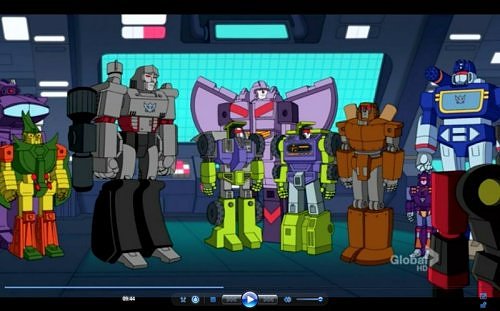 I wrote stuff about Negatron, but the one thing that really left me dissatisfied was that I did not manage to find pictures of him in his all important vehicle mode.

h-beest has now provided me with screen captures of Negatron in vehicle mode, a mode so elusive that perhaps it is only captured here online for the first time ('nuff said).

She also provided the conversation that went with this scene...

Megatron: "Do as I command and we will defeat the Autobots once and for all!"

Negatron: "No, not gonna work."

Megatron: "Gaw come on, what did we talk about!"

Negatron: "Autobots always win. You think Optimus Prime is gonna be dead dead, but then he's not dead."

Megatron: "I'm taking this from a robot that turns into a canoe?!"

Negatron: "When there's a battle on a gently moving river, you'll want me." 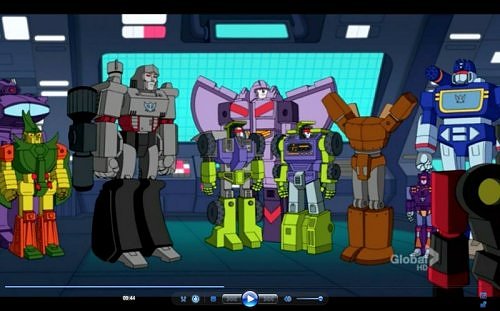 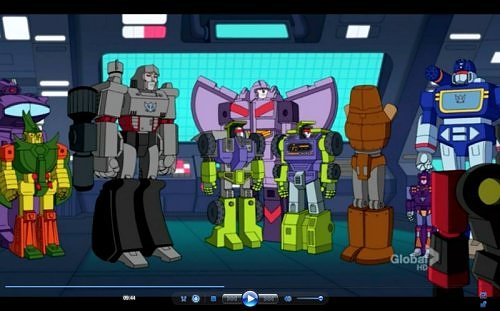 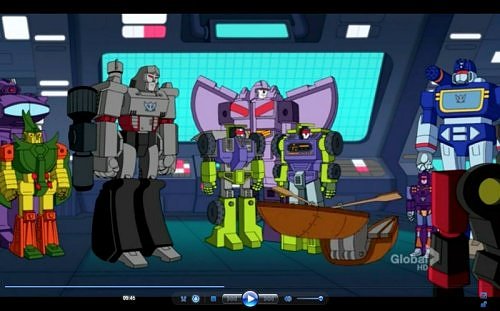 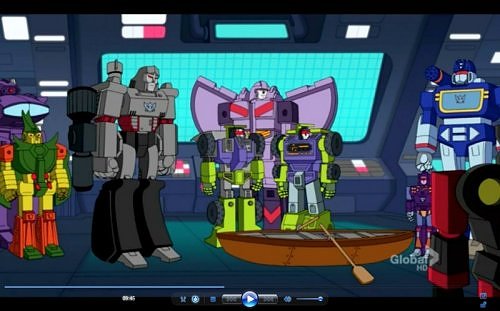 Email ThisBlogThis!Share to TwitterShare to FacebookShare to Pinterest
Label: Admin, Generation One, Transformers