Review - Maketoys "Microbots" Bomber (not Powerglide) and Hover (not Seaspray)

Went down to YMT after work today and discovered that the Maketoys "Microbots" Bomber and Hover MIB has been released (aka not Powerglide and not Seaspray respectively).

Thought they looked interesting and would fit into my Henkei collection, so I bought a set. Price? HKD$250 (USD$32.10).

Some quick thoughts and shots.

Front of box - featuring some pretty attractive original art. This is the side where not Powerglide is facing front and not Seaspray has his back facing us. 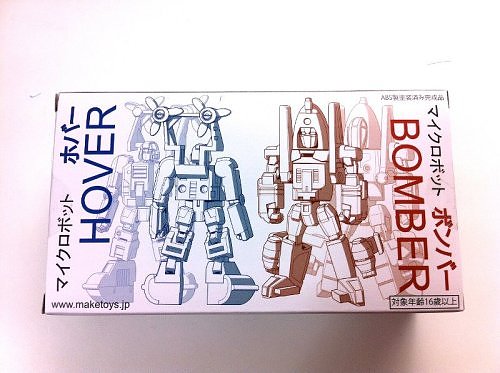 The 'back' of the box is the reverse of the front - where not Seaspray is facing us and not Powerglide has his back to us. 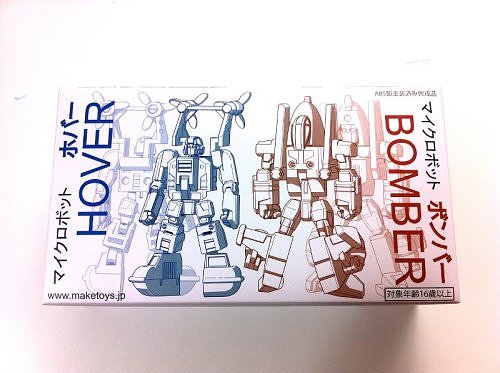 Top of box features different art and is coloured. These guys are called "Microbots", probably used as an alternative to "Minibots", or maybe as a reference / allusion to the G1 Episode Microbots? 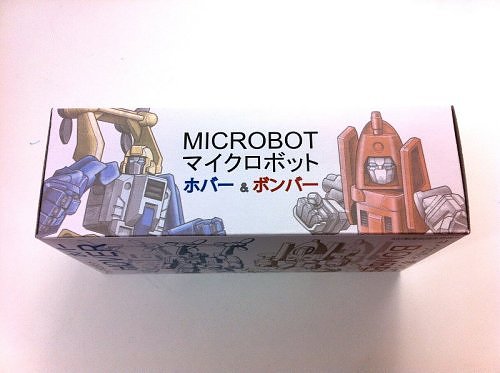 Bottom of box with Maketoys' details. They appear to be a Japanese company or at least have their website with a Japanese domain. 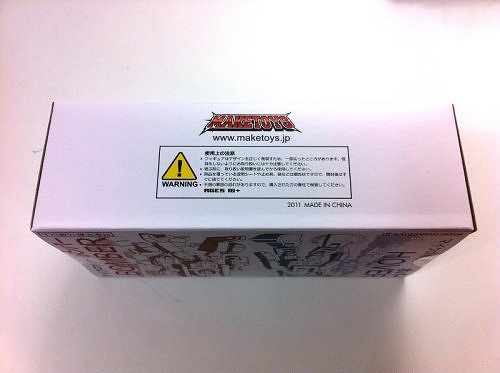 Side of box featuring a full frontal image of not Powerglide. 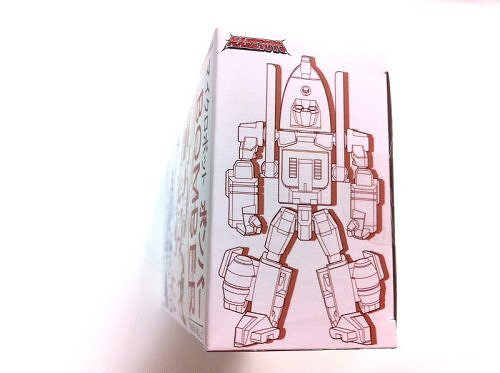 Side of box featuring a full frontal image of not Seaspray. 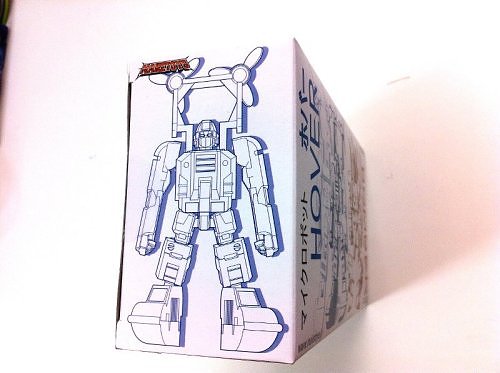 I think a great deal of effort has been spent on the artwork. Looking at the box again, no 2 faces actually uses repeat artwork - the artwork for each face of the box is unique to that face. Kudos to that.

Box with Commander Class: Powerglide. To be honest, I think the Maketoys Powerglide looks nicer. 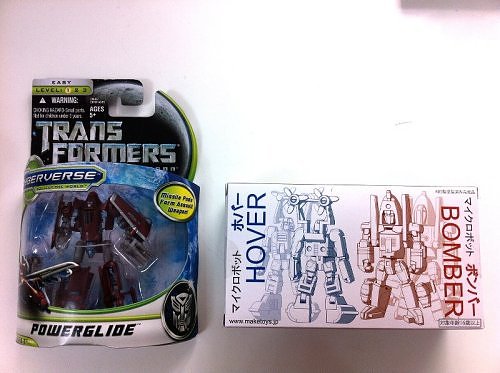 These are the contents. 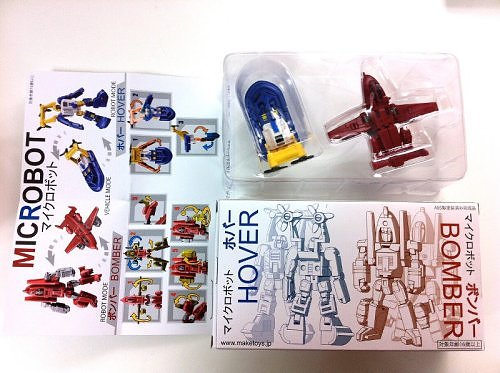 The plastic tray is simple and effective, but does seem to contain more air than solid matter - much like Hasbro type boxes. 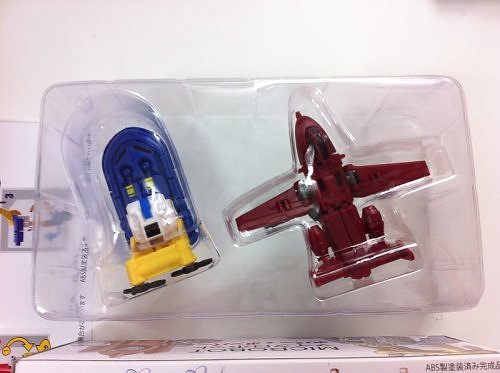 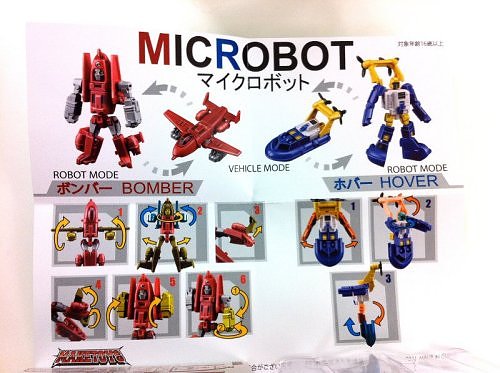 Here are the 'Microbots' out of the insert. They are very very good representations of their G1 designs. I certainly have no complains here. 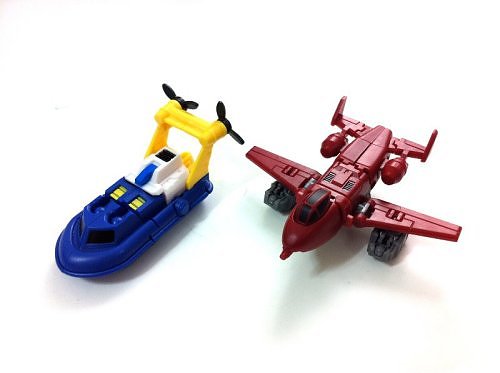 Not Powerglide. The design is very reminiscent of G1, but some of the parts do not seem to click together in place no matter how I try, making it not very enjoyable in plane mode. It's still an above average experience, but not stella. 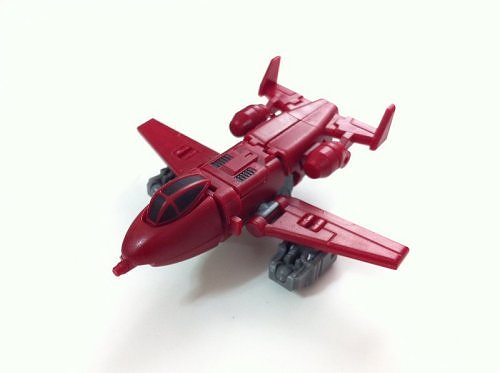 The underside of not Powerglide. 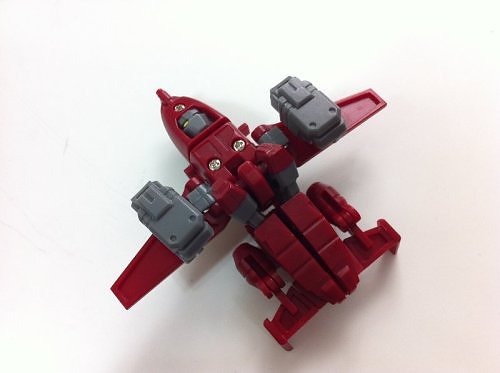 Not Seaspray. Compared to not Powerglide, this is a much better vehicle mode - every part fits together snugly. 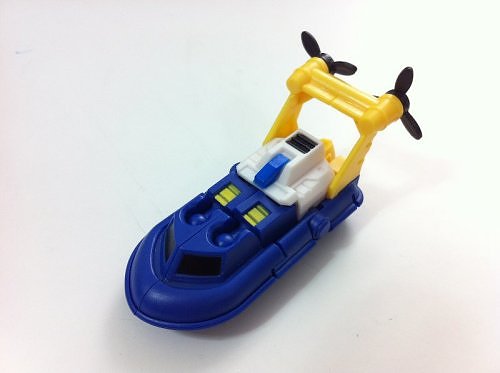 The underside of not Seaspray. 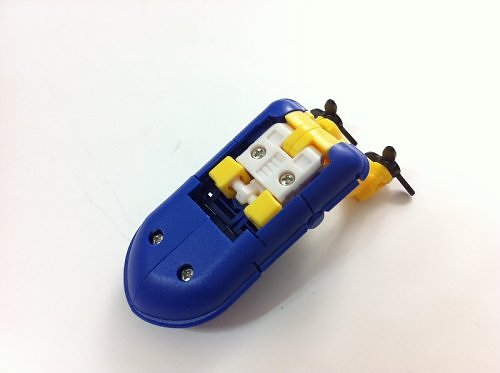 The plastic quality of these 2 pieces are actually quite good. Certainly not as dense and high quality as early year G1 plastic quality and has a certain roughness (ruggedness) to it, but is highly acceptable and certainly no poorer than the current type of plastic used by Hasbro in recent releases.

Here they are transformed. The transformation for both are actually fairly simple but yet effective. I didn't need to refer to the instructions at all and transformed both in under a minute. This is actually a good thing because it economises playtime - complex transformations are actually less desirable (ie: think Commander Class Powerglide or Guzzle). 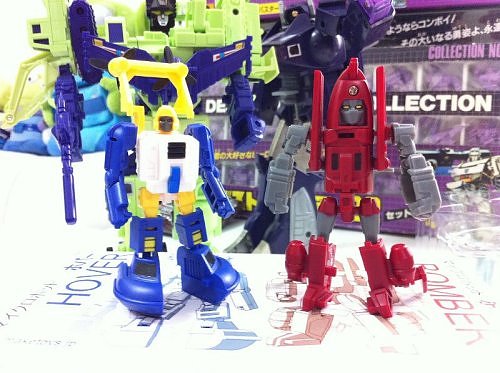 Full body shot of not Powerglide. I like the robot mode. It's a very good representation of its G1 design and has superior articulation. The head sculpt is also amazingly detailed for its size. 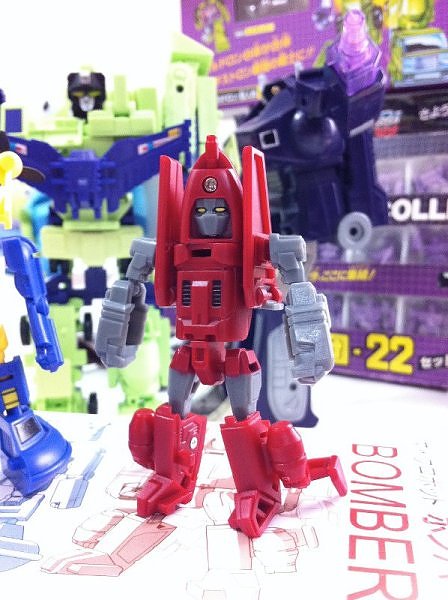 Close up of not Powerglide. Like I said, nice head sculpt - good move having the screw on the forehead like his G1 toy. 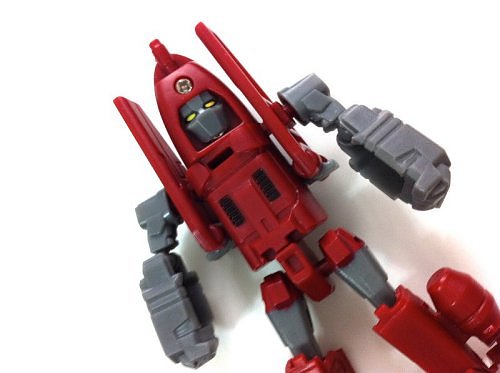 Full body shot of not Seaspray. My thoughts on him are very much along the lines of not Powerglide above - an excellent G1 reminiscent representation. 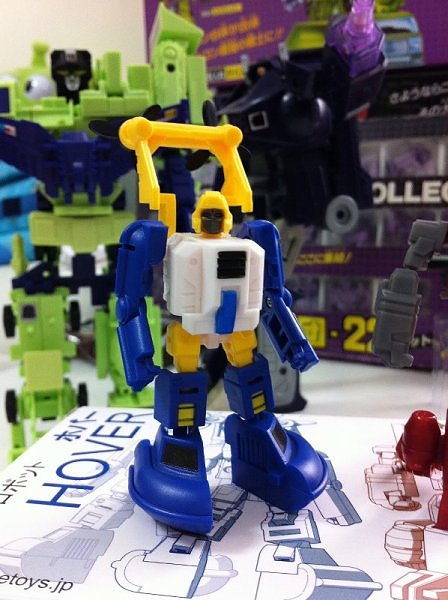 Close up of not Seaspray. The detailing is excellent. The head-sculpt is amazingly detailed, even more so than Powerglide - it is a very accurate representation of his G1 self. The eyes are also painted blue and the paint job is excellent. One thing though, I wonder whether Maketoys considered making not Seaspray slightly "fat" like his G1 cartoon design? heh. 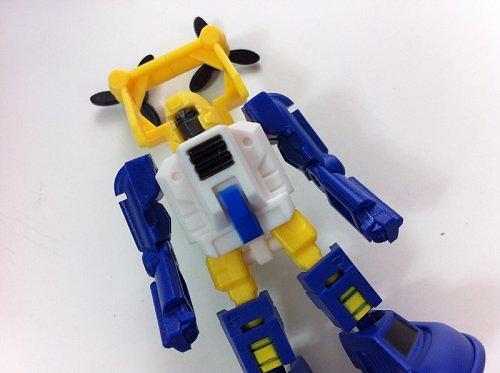 Size comparison with Generations Warpath who is almost twice each of their heights. It's okay, I can live with that. 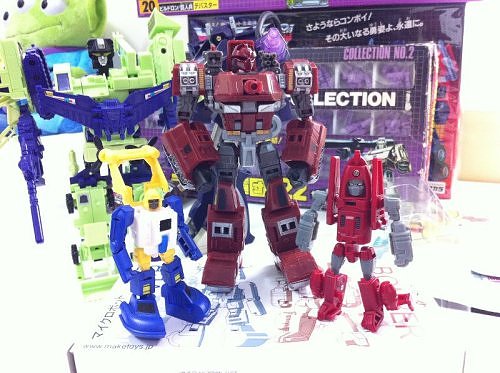 Size comparison with Encore #20: Devastator (just cos its conveniently on my table, heh). 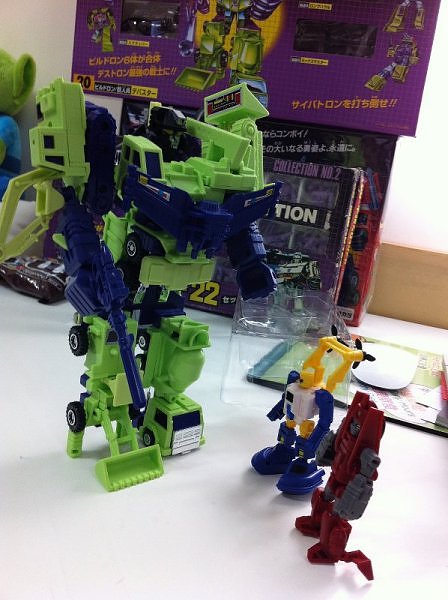 Overall
Generally, I think both are very enjoyable toys and nice to play with. Both are accurate to their G1 designs as well. I would rate them each 8.5 out of 10.

For the price vs their roughly Scout class size, I think they're just a tad expensive, but worth it due to the really superior articulation (ie: better than Scout class Windcharger at least), their quality and their sheer G1-ness. 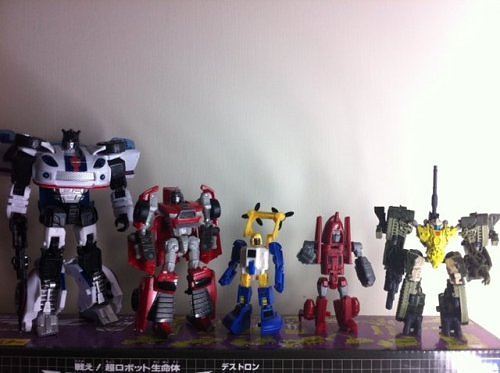 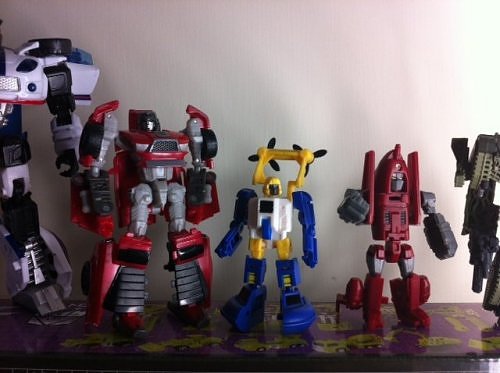 Posted by Heroic Decepticon at 03:30