This is the third piece - Pretender Splashdown MISB. Splashdown is 1 of 6 large format Pretenders that were actually "USA exclusives", in other words, these 6 has never seen a corresponding Japanese release. The six are - Autobots Groundbreaker, Splashdown, Sky High; and Decepticons Iguanus, Finback and Bugly.

Of this 6, Splashdown is commonly regarded as the most difficult track down and complete. It actually has quite a lot of accessories, which could be one of the reasons it is difficult to complete. So, to be able to get it in MISB condition, well, I pounced on it! 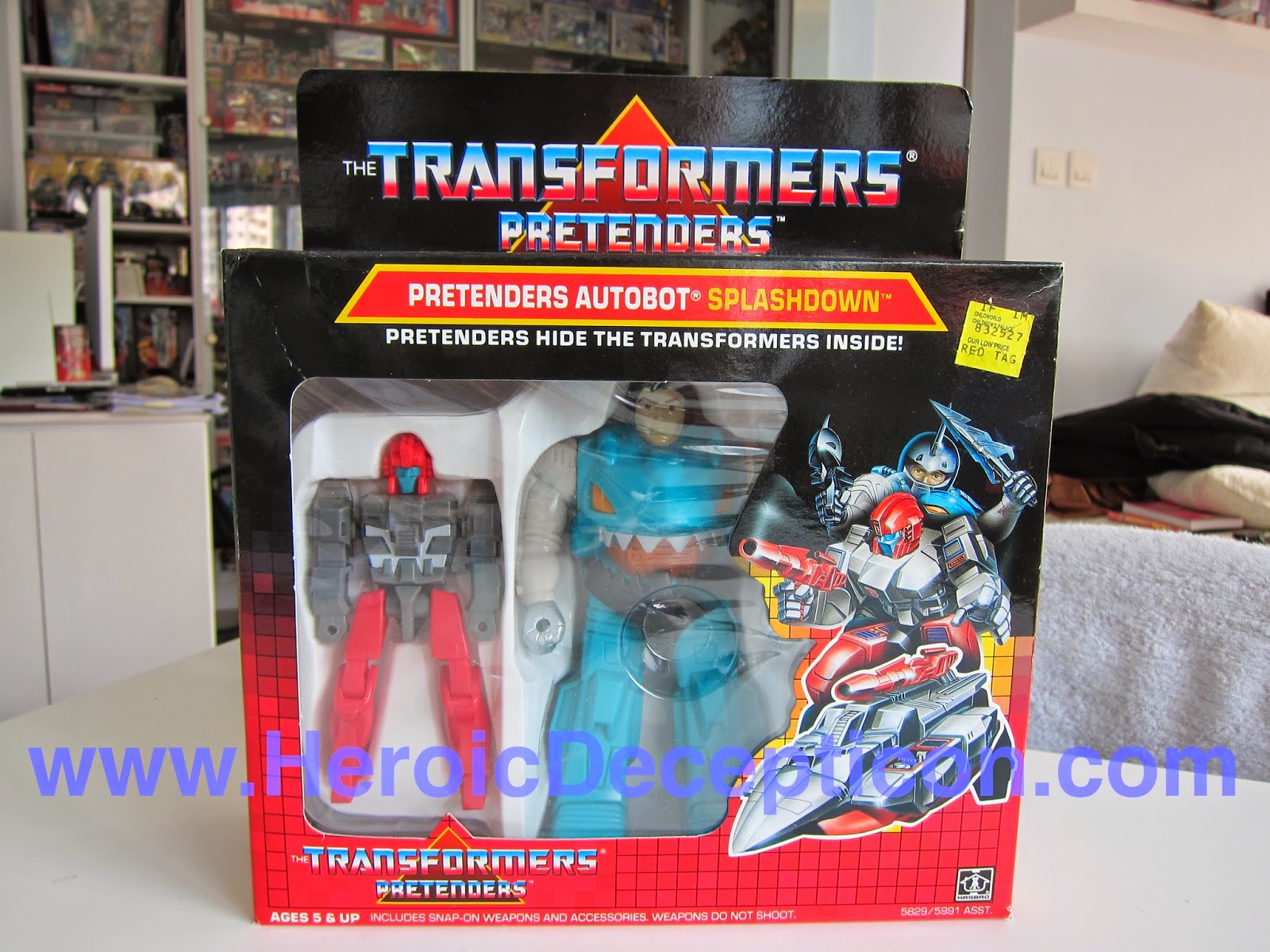 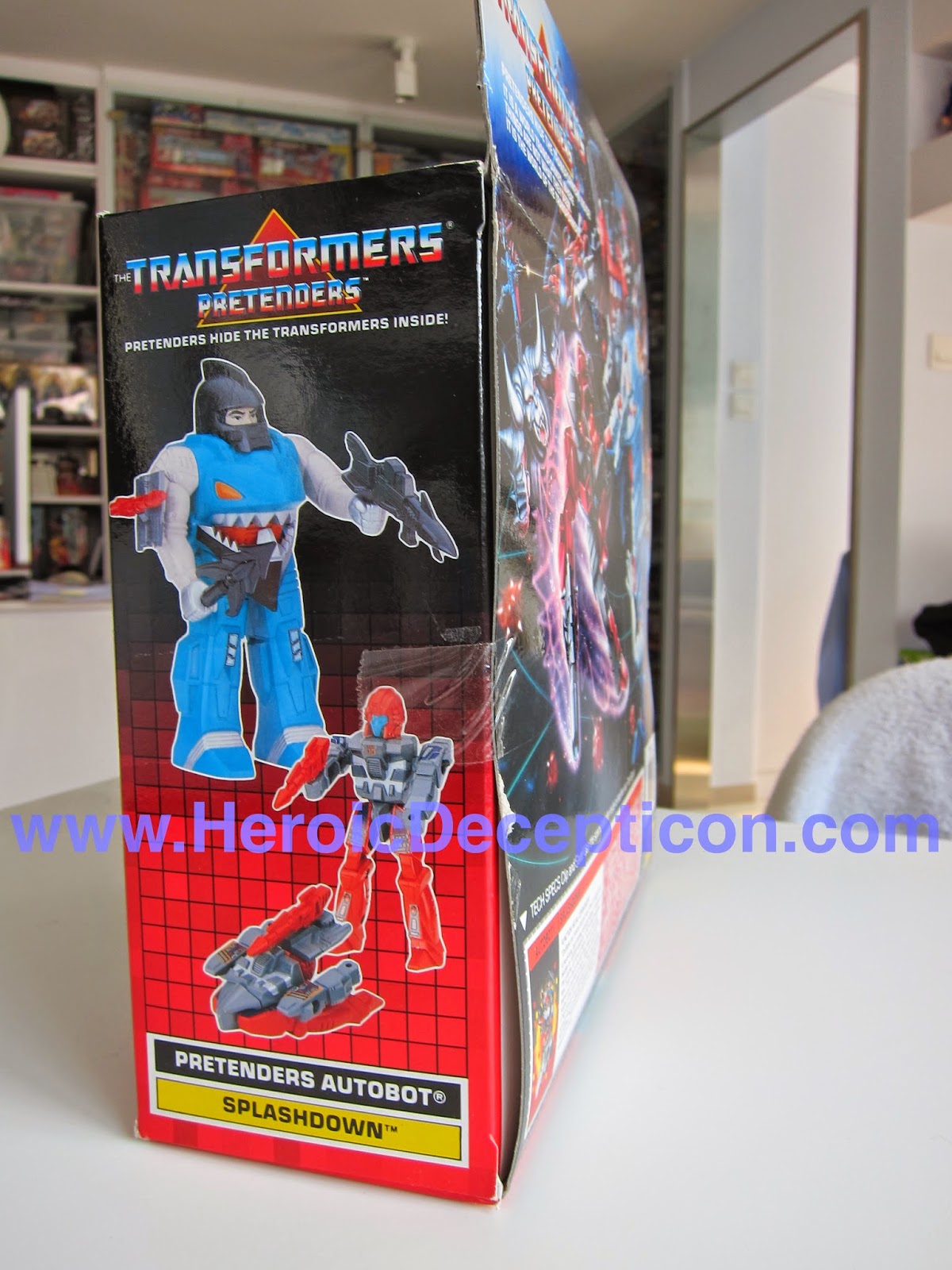 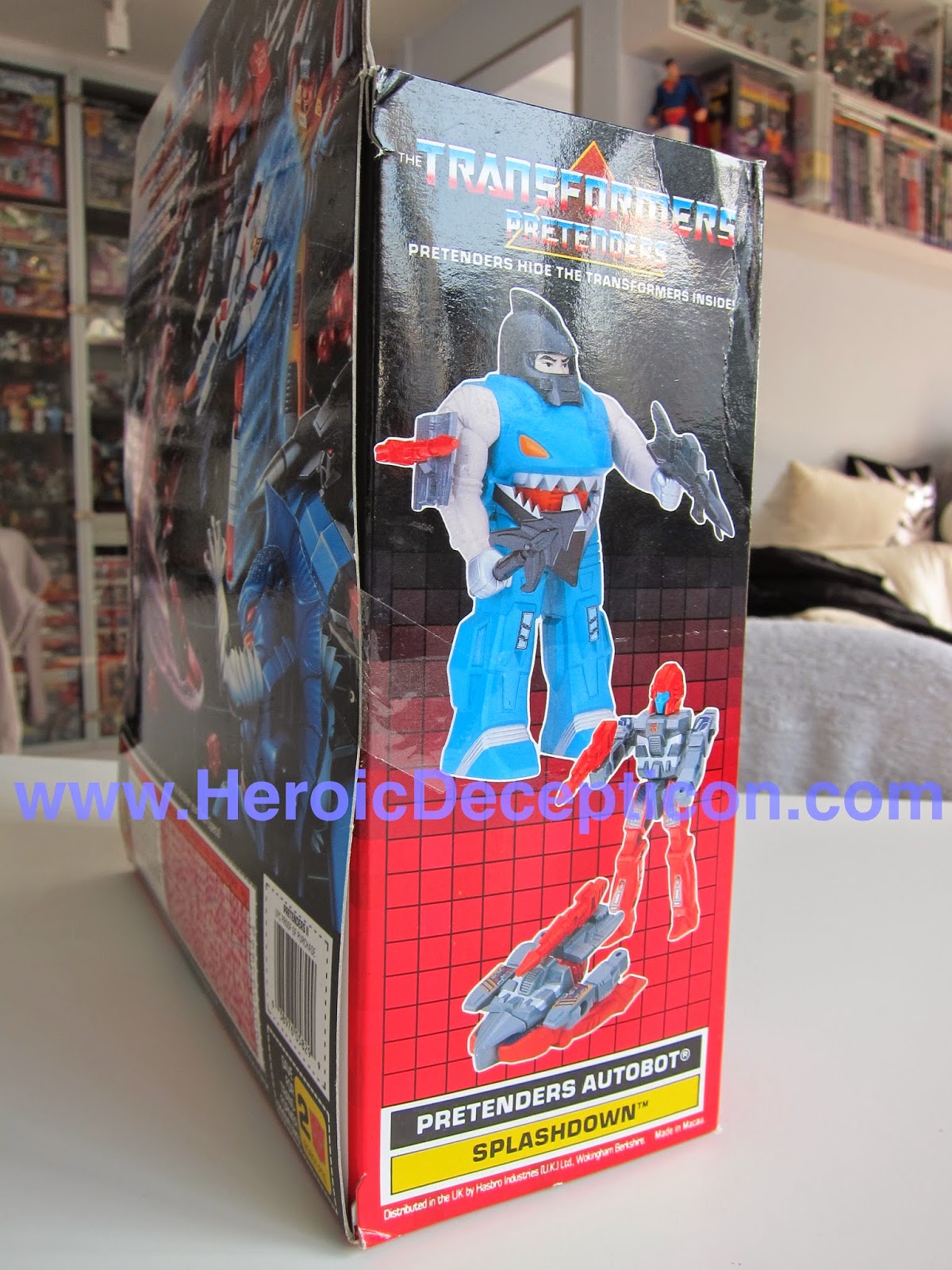 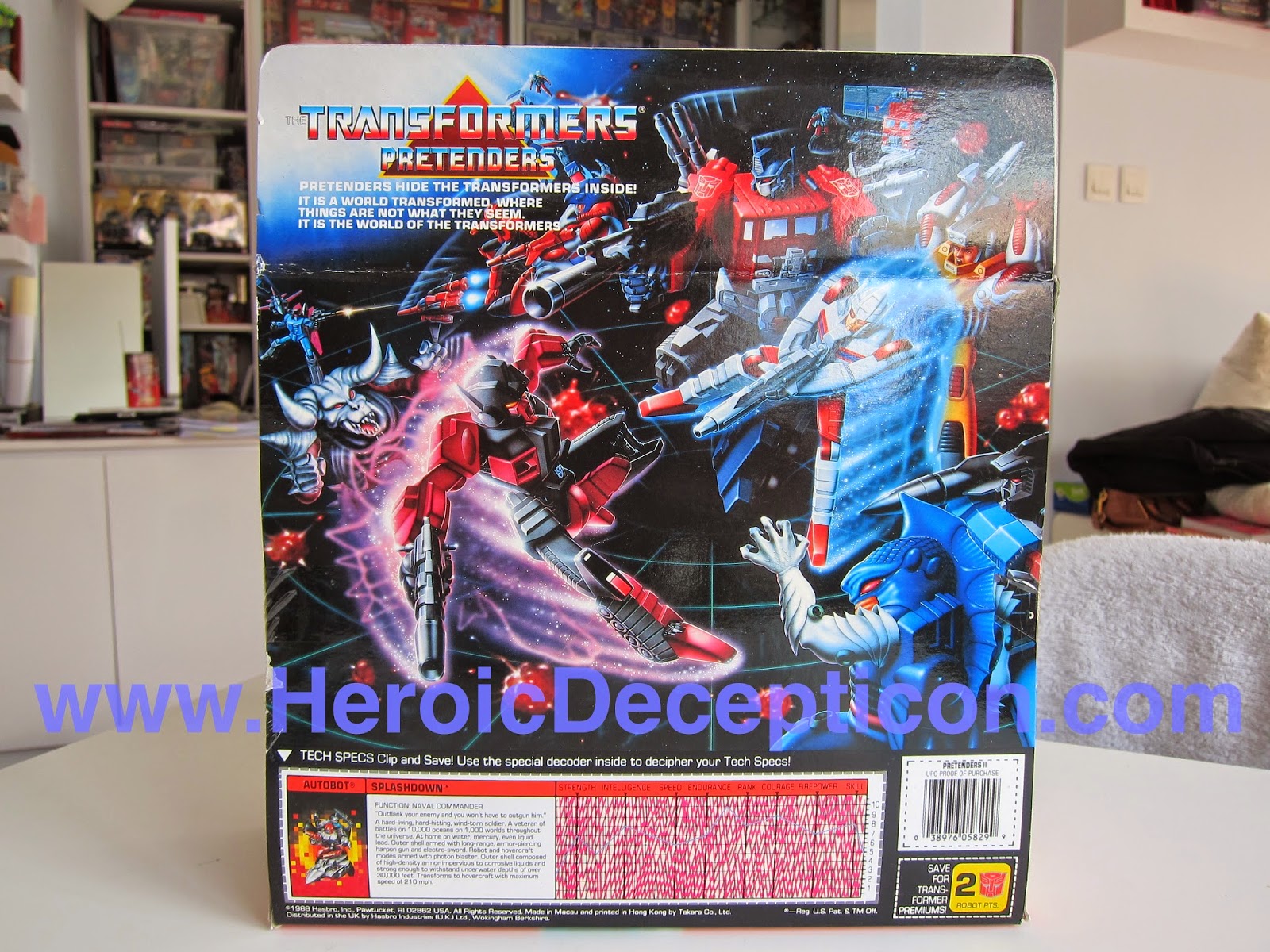 A group shot of the other MISB Pretenders. 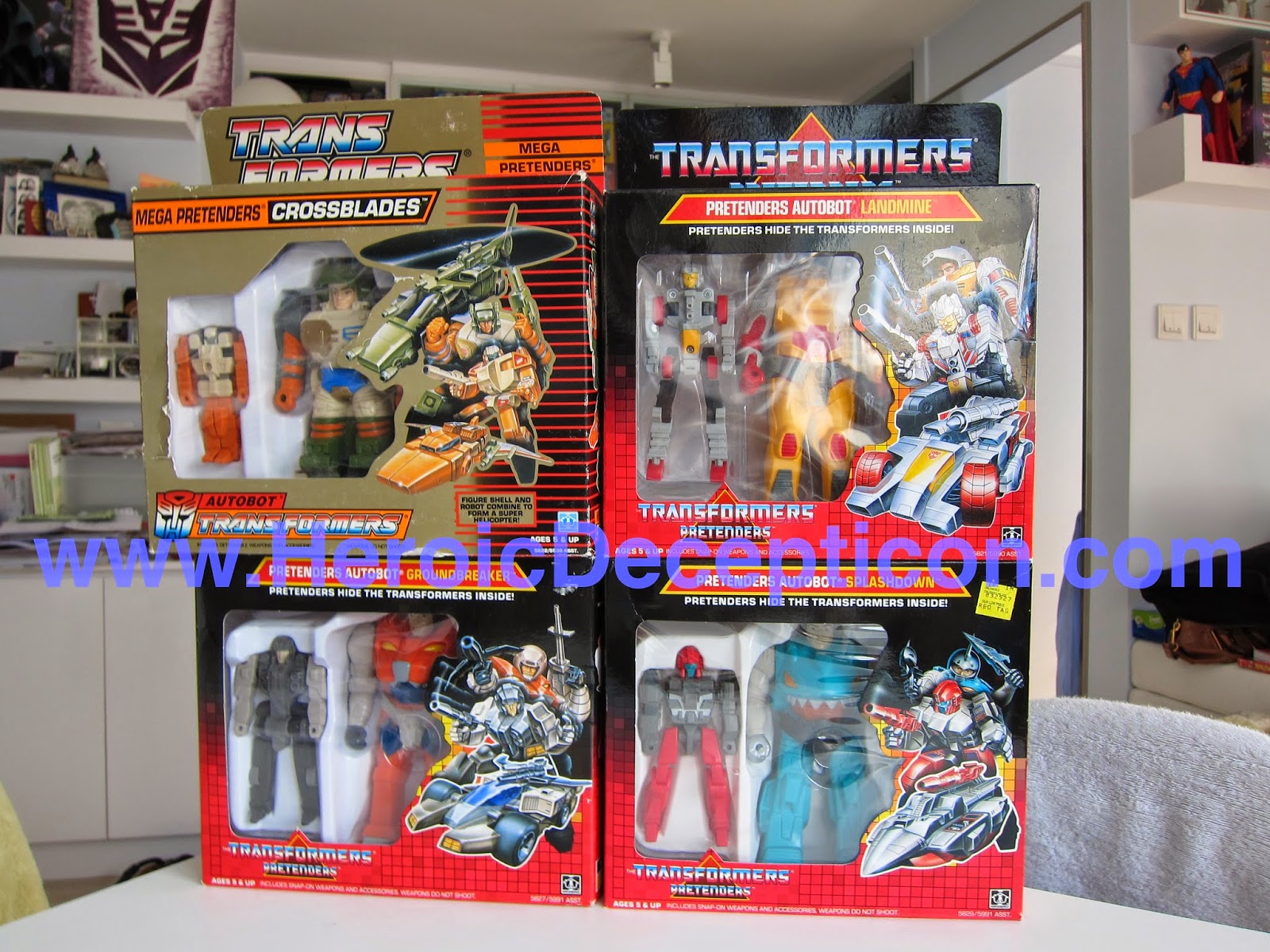 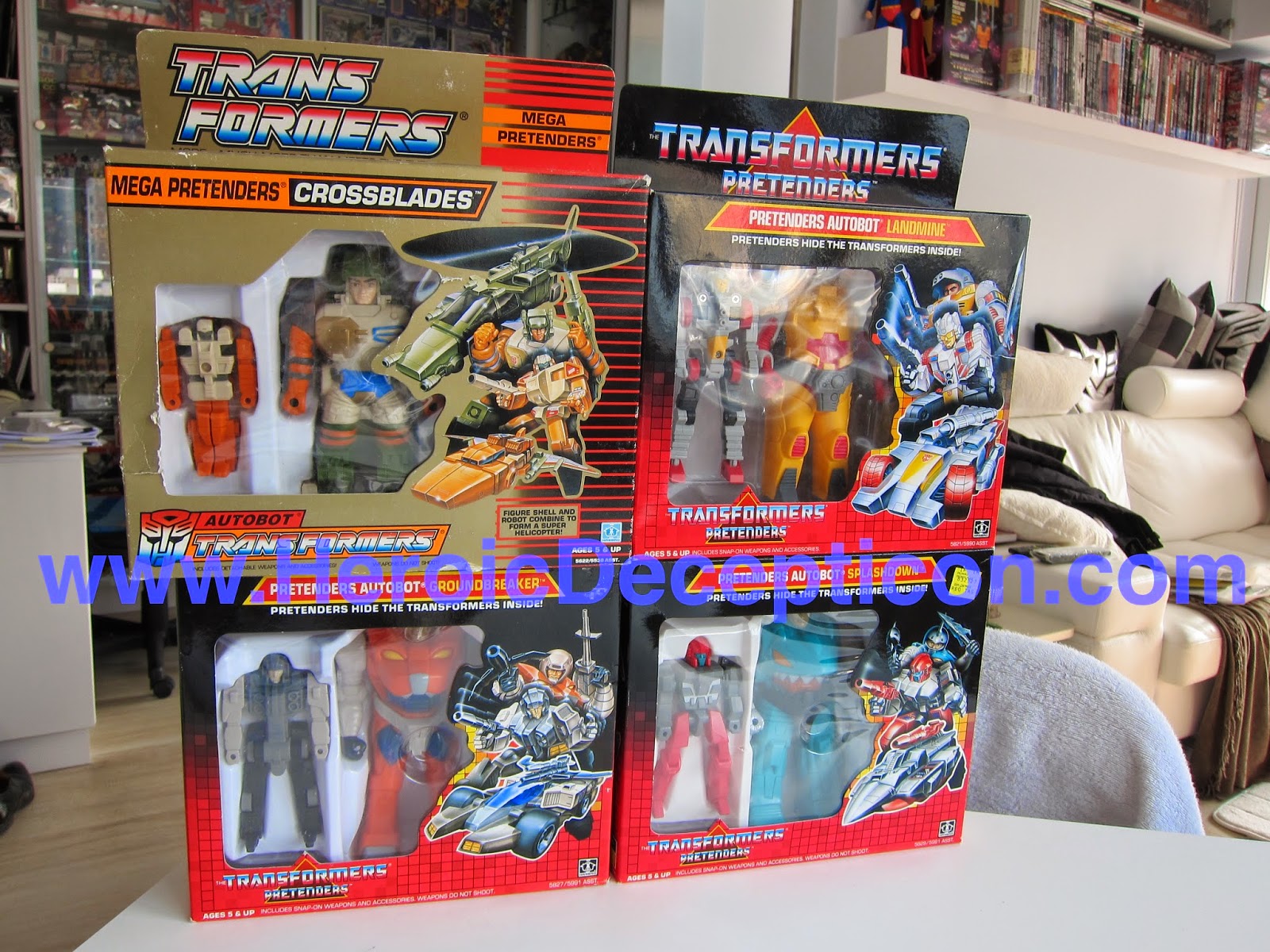 Posted by Heroic Decepticon at 11:59