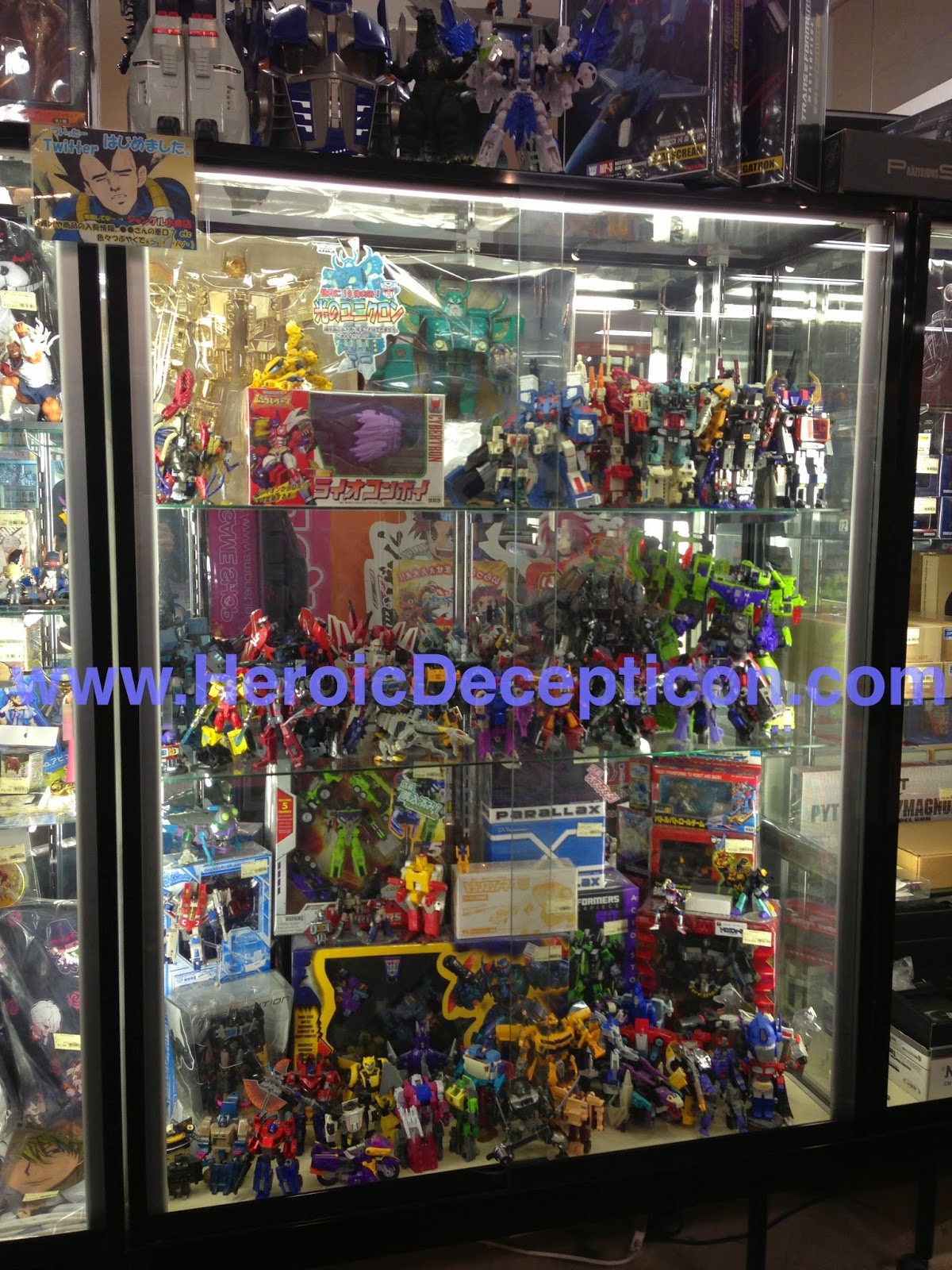 Day 02 was dedicated to Kokura, sort of.

A good friend, Bill, has paved the way for this part of Japan previously and told me that in addition to the Mandarake in Fukuoka, there is one in Kokura too, which is 25 mins away from Fukuoka by Bullet  Train.

This is the building that Mandarake is in and can be easily seen from the Kokura train station and can be reached via sky-walkways and a bridge. 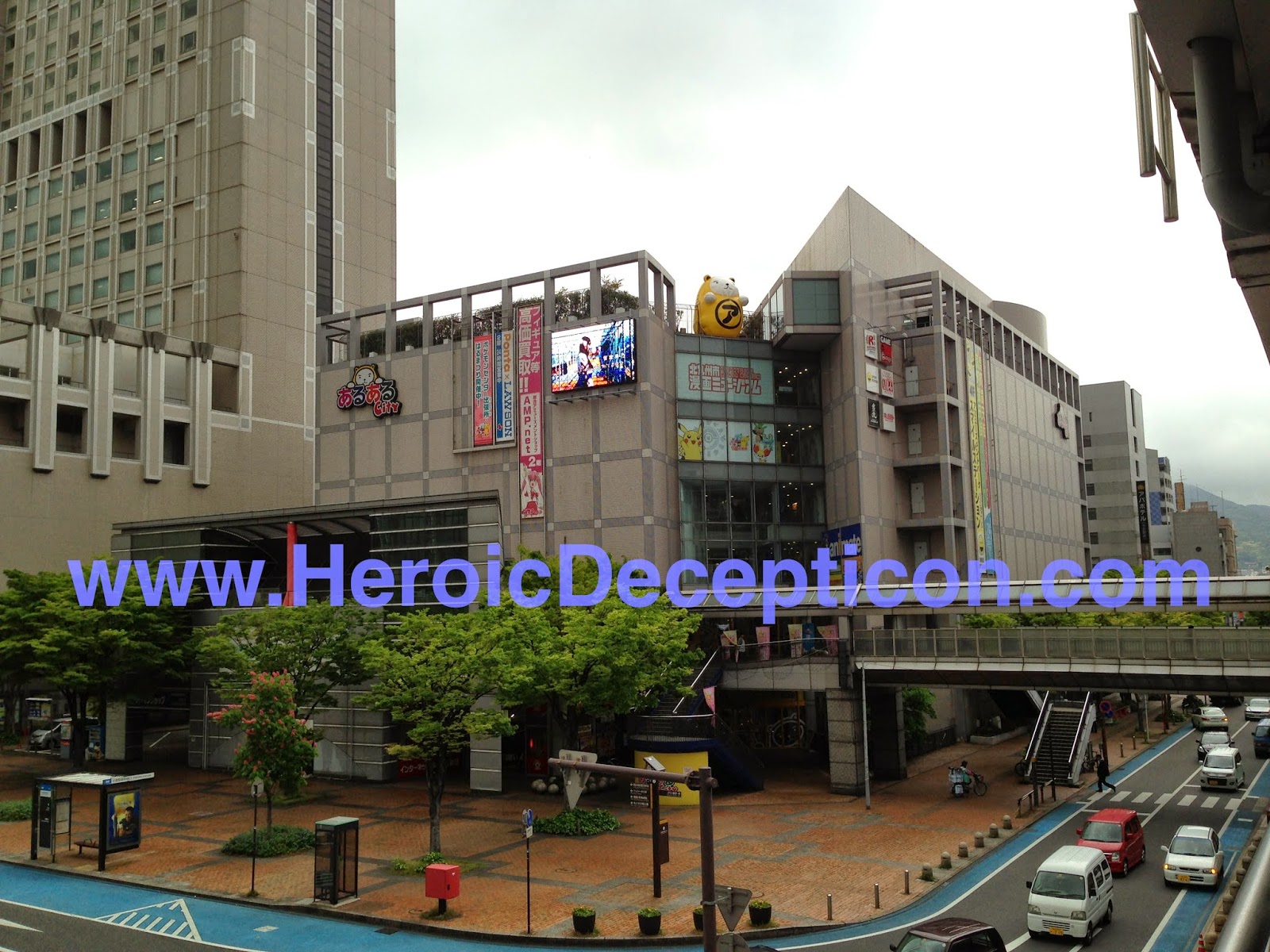 This is the directory. The whole building is populated by stores selling collectibles and pop culture stuff. Notably, there is Mandarake, Jungle, Robot Robot, Animate and others. 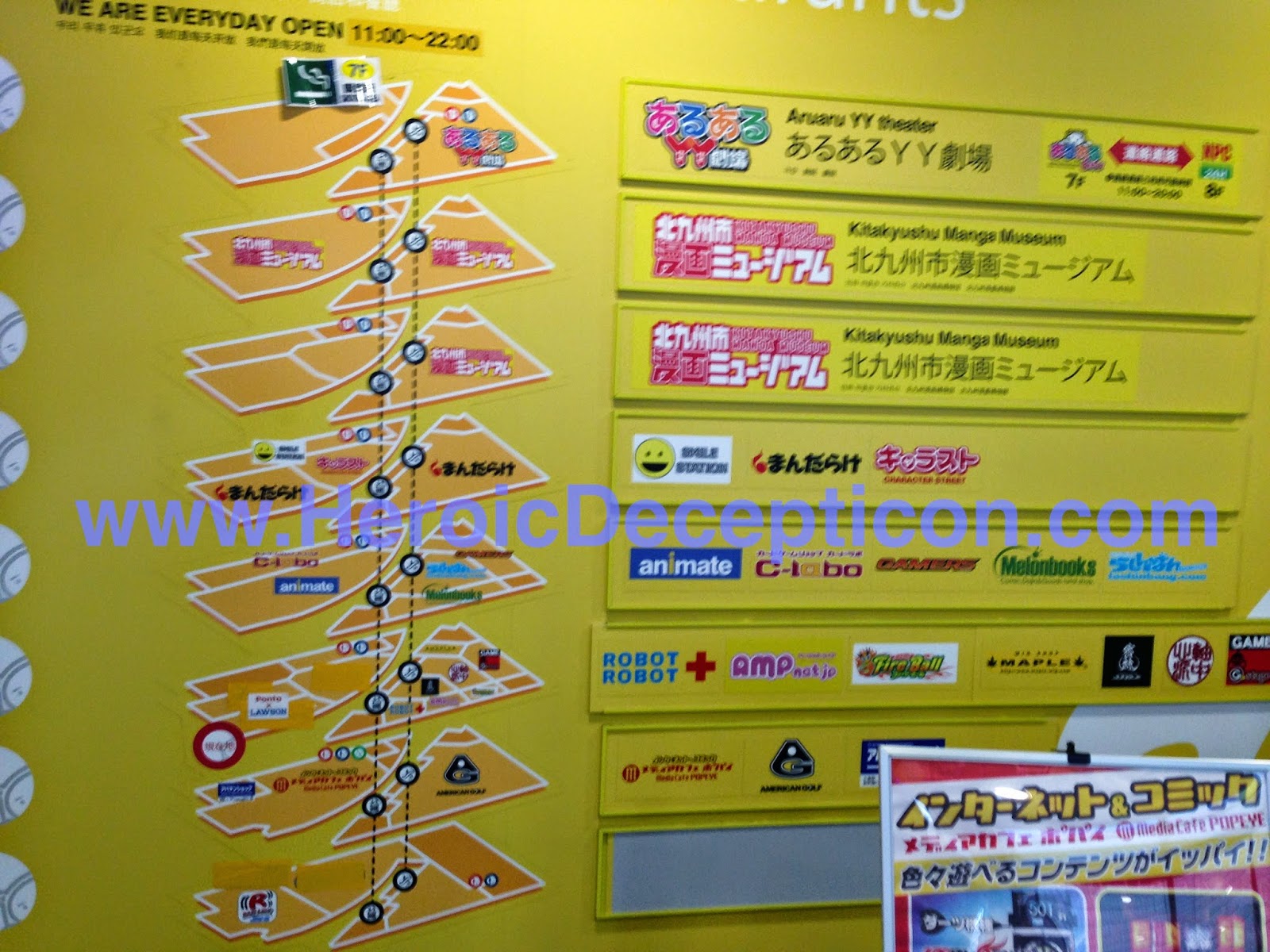 I went straight to Mandarake first.

Again, I went to the Macross shelf first. Why do I keep doing this? Must be Maz, I don't know! Not bad, there are 2 BanDai Strike Valkyrie giftsets (boxes look really nice) and a Takatoku Super Valkyrie giftset. I think the Strikes are a pretty decent price (in fact cheap!) and the Super is marginal. 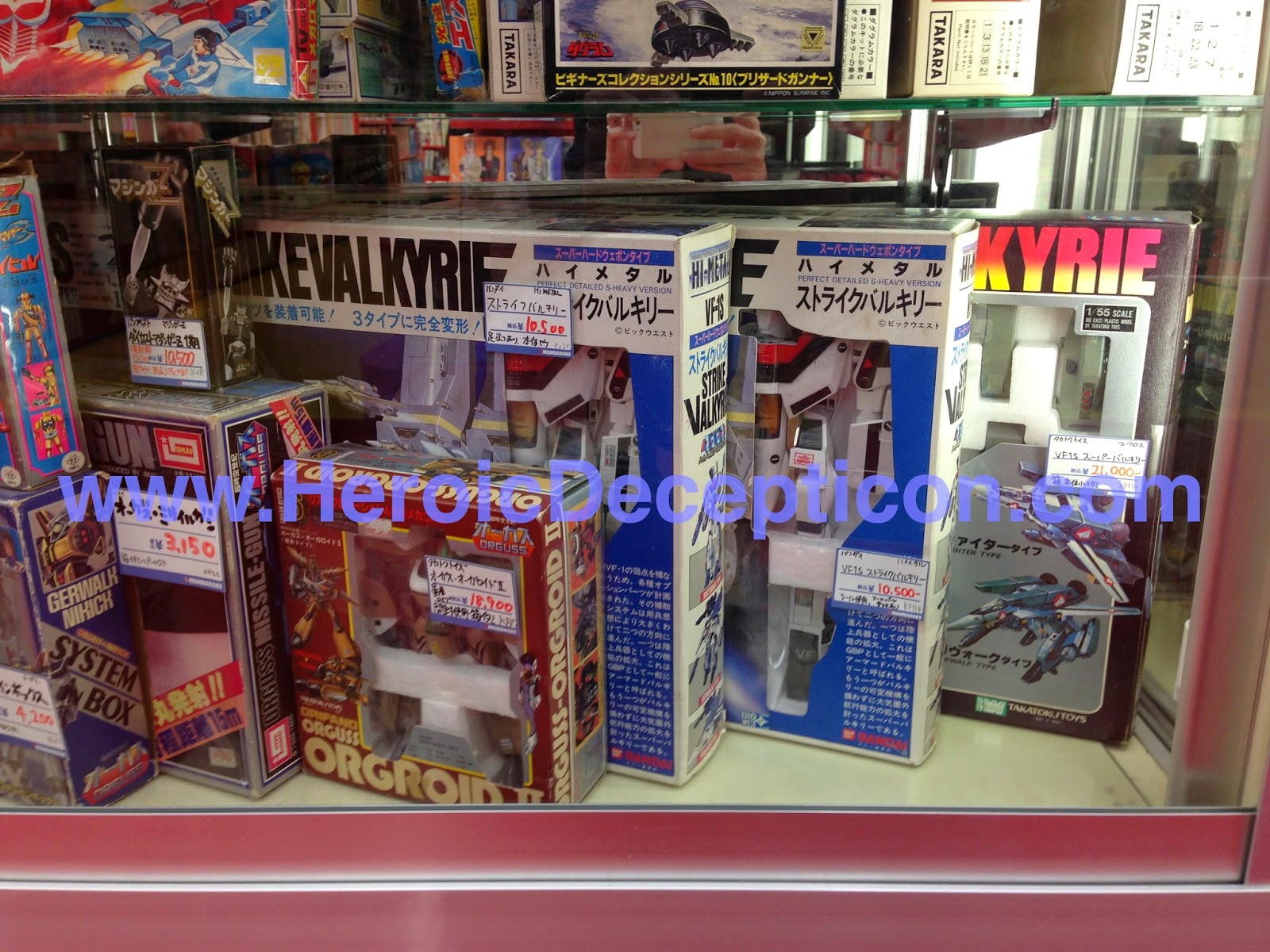 There 2 did pique my interest - the Gakken Legioss aka the Alpha Fighter from the Invid Invasion arc of Robotech. I've always preferred Invid Invasion to the Macross portion of Robotech and when young, Alpha fighters were a thing of legend in my mind - I have never seen them before and they were ultra rare to find even when I became a collector. I stared at these 2 for a long time, but decided to pass. 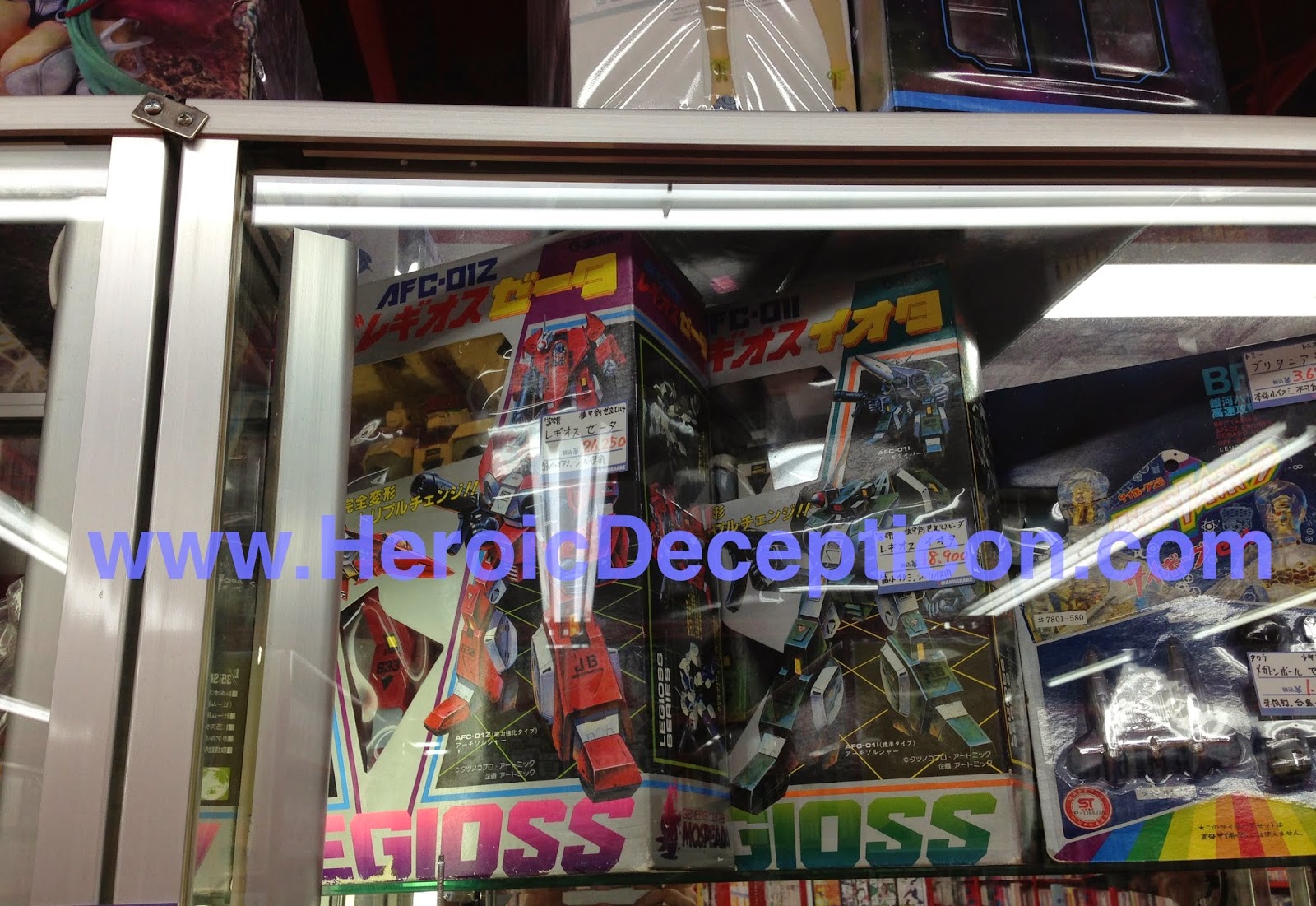 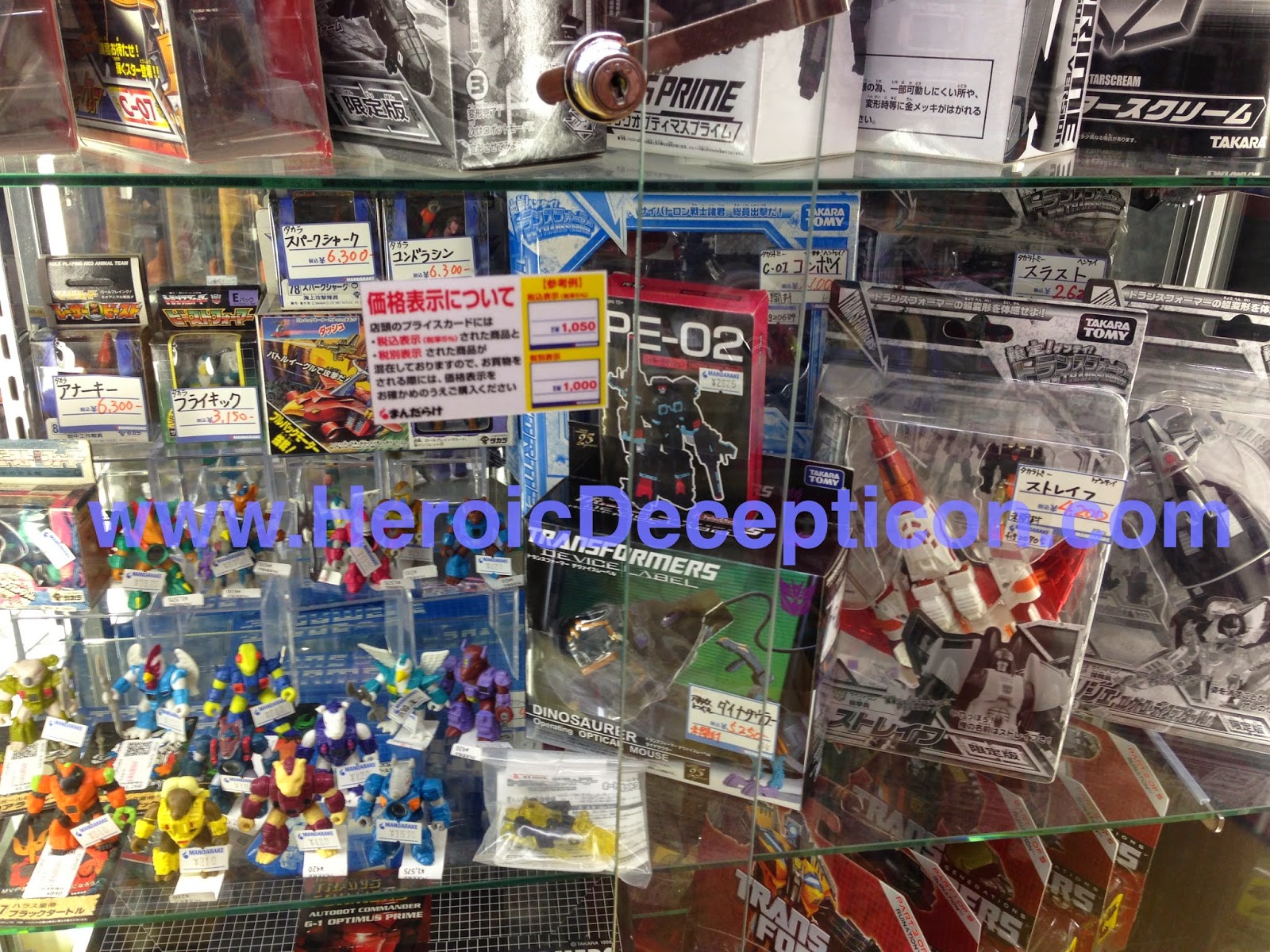 Classics / Henkei shelf. Nothing really interesting to me. The Henkeis were not exceptionally rare either. All are stuff that I already have. 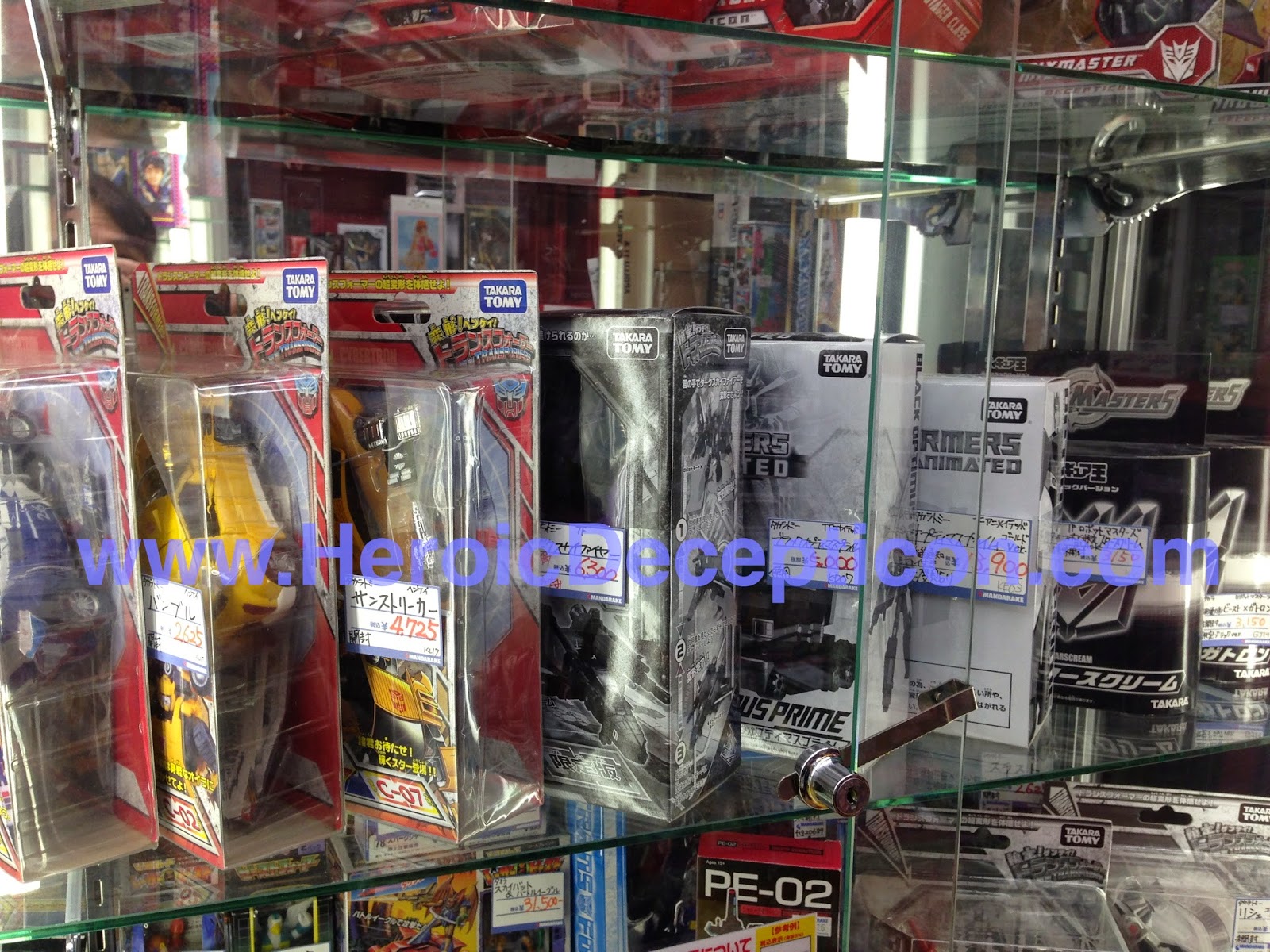 This is the proper G1 Transformers shelf. Again, really nothing of interest. Generally, the boxes are all shot to shit and the prices are appallingly expensive. Nothing of note, to me. 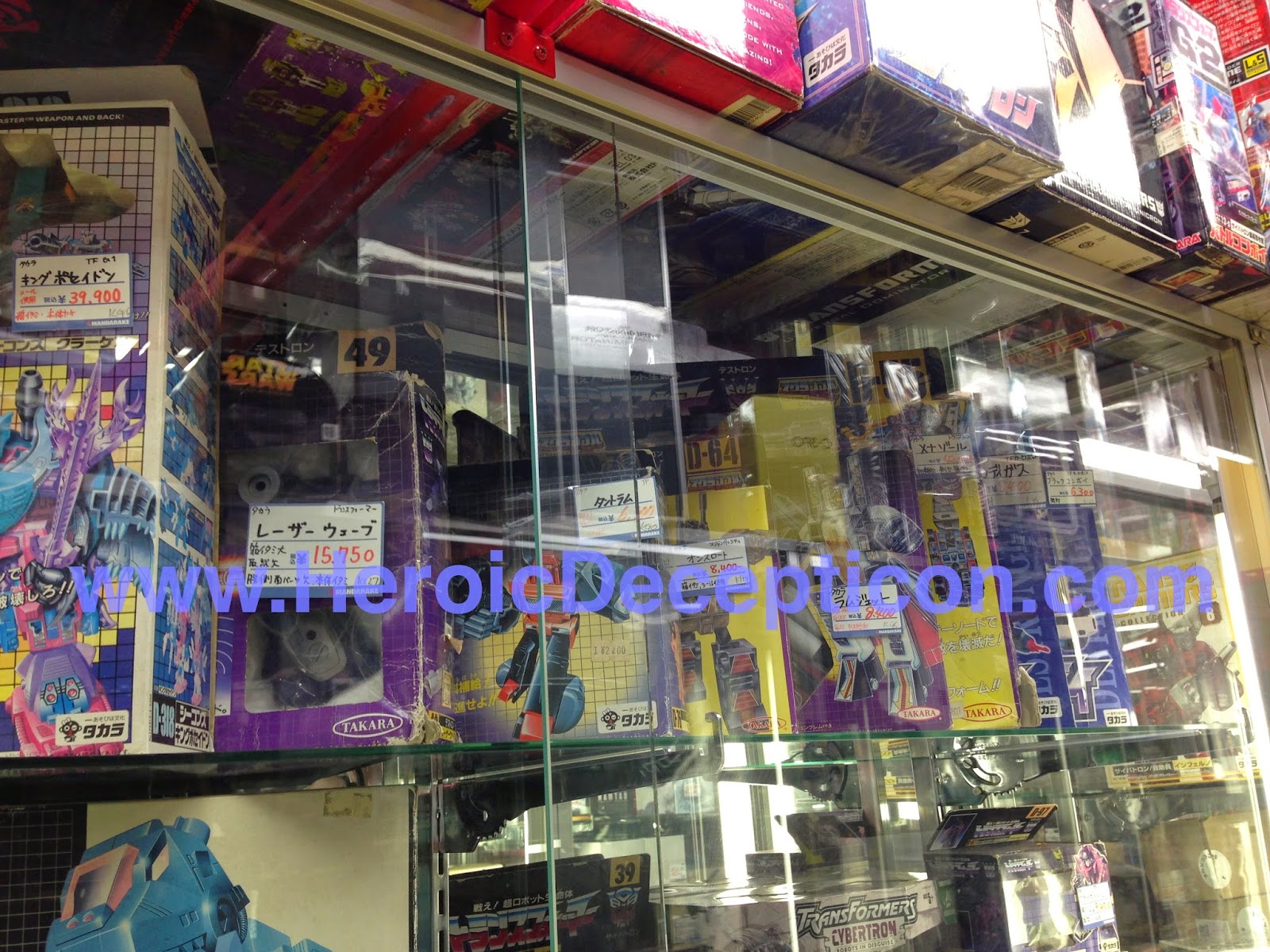 Another shot of the same glass cabinet but further down. 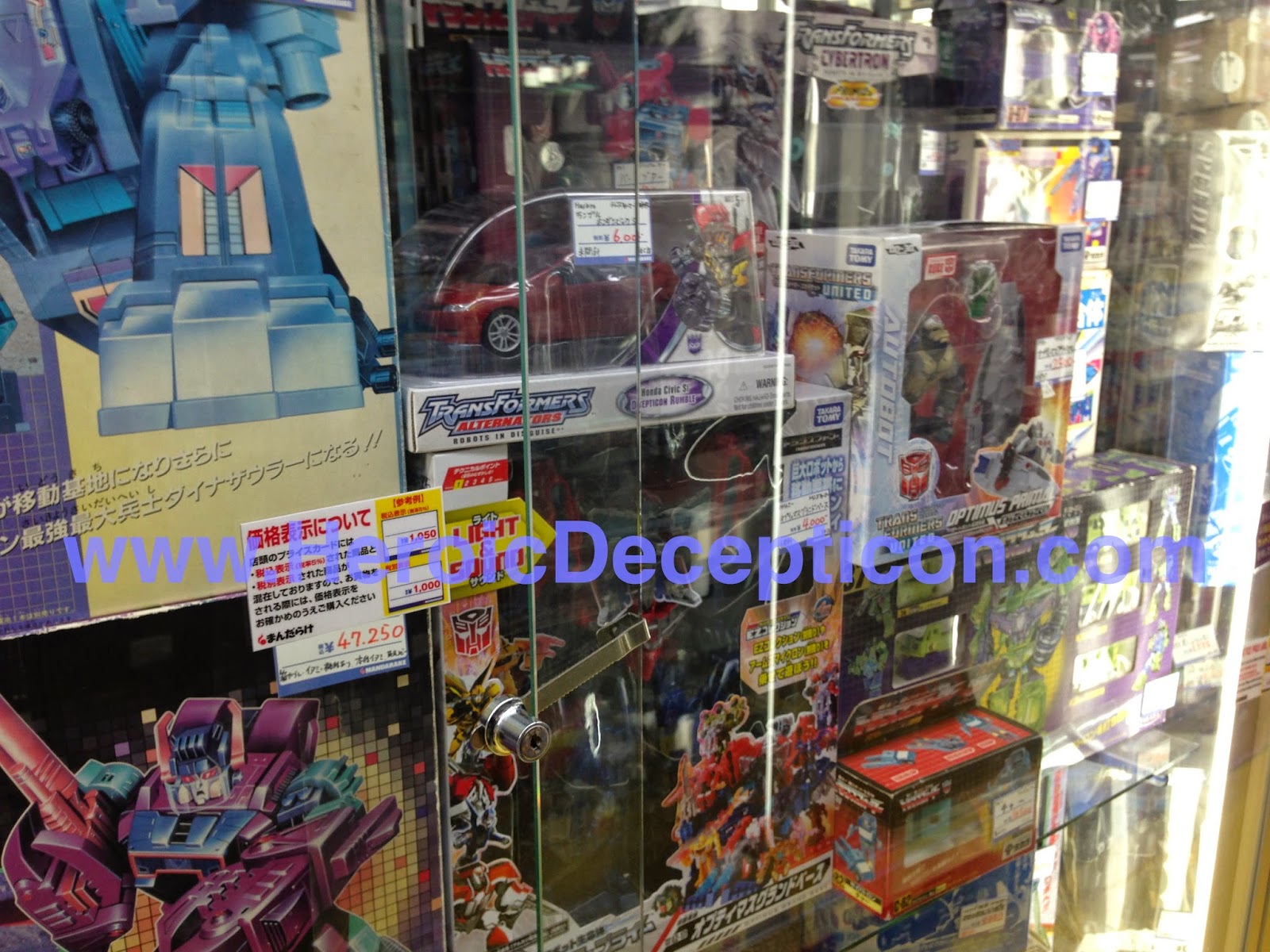 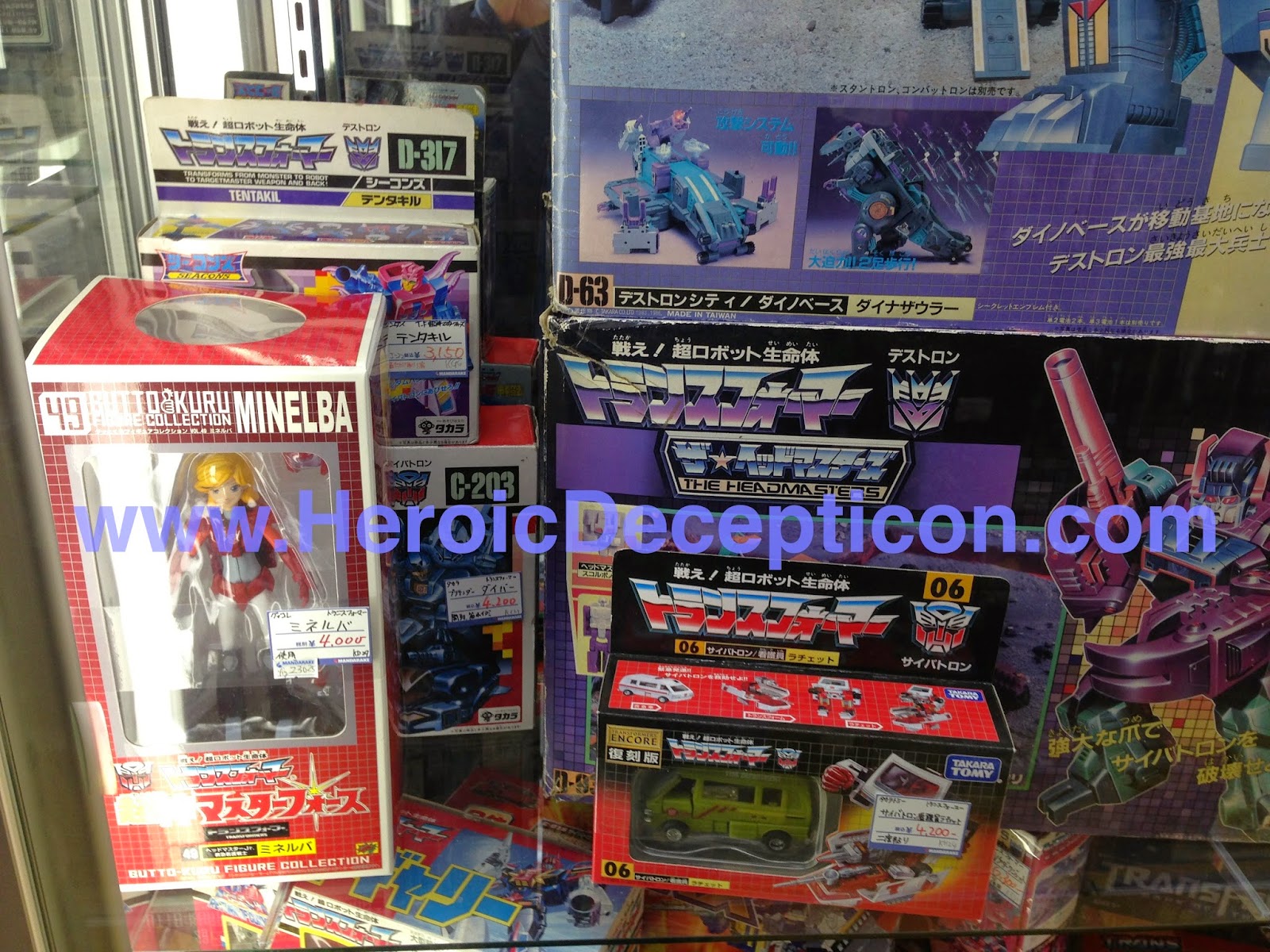 Sky Garry seems a pretty good price. But I've sold my unused and immaculate Sky Garry to Flywheels and have no intention of buying another. 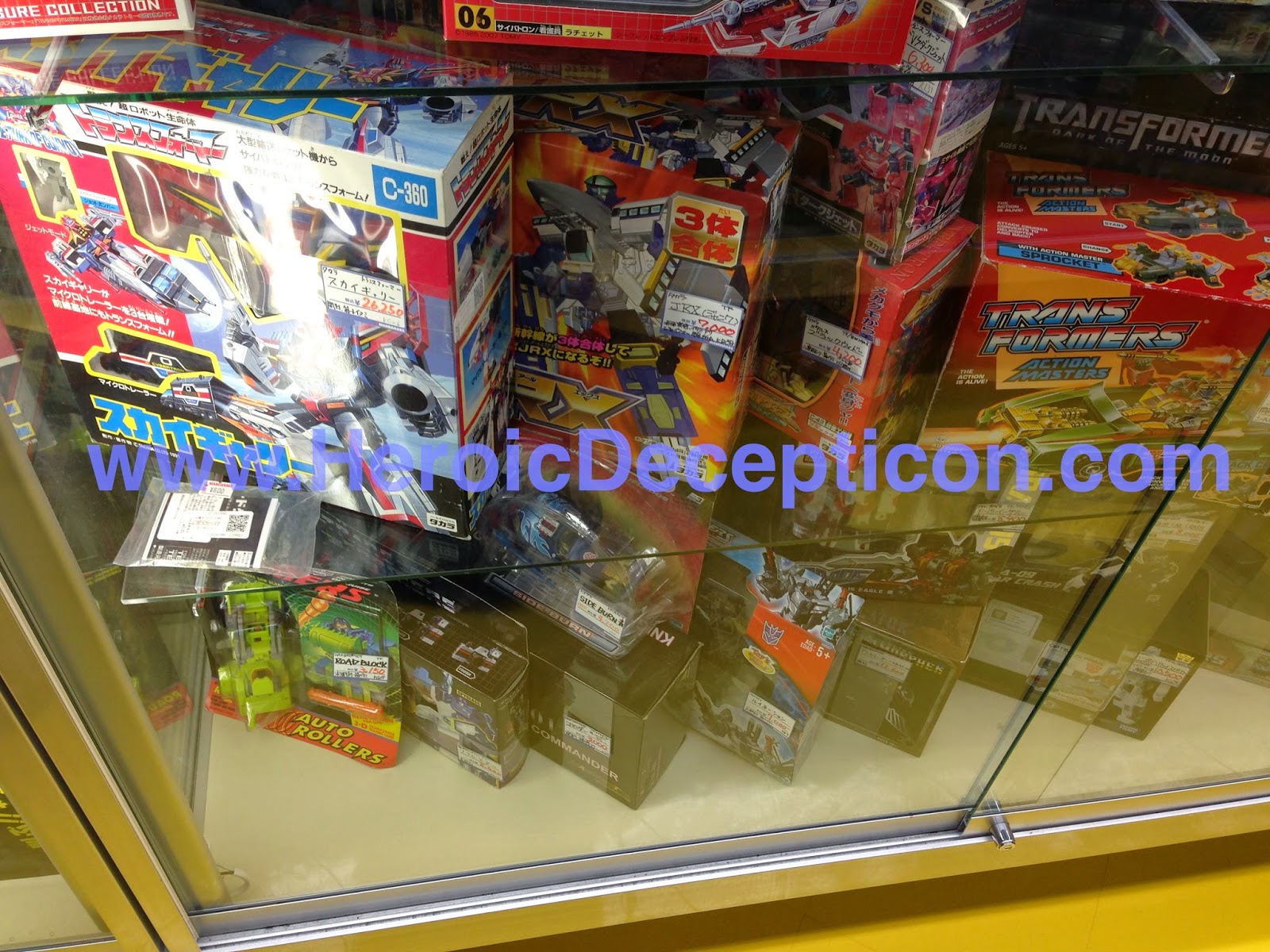 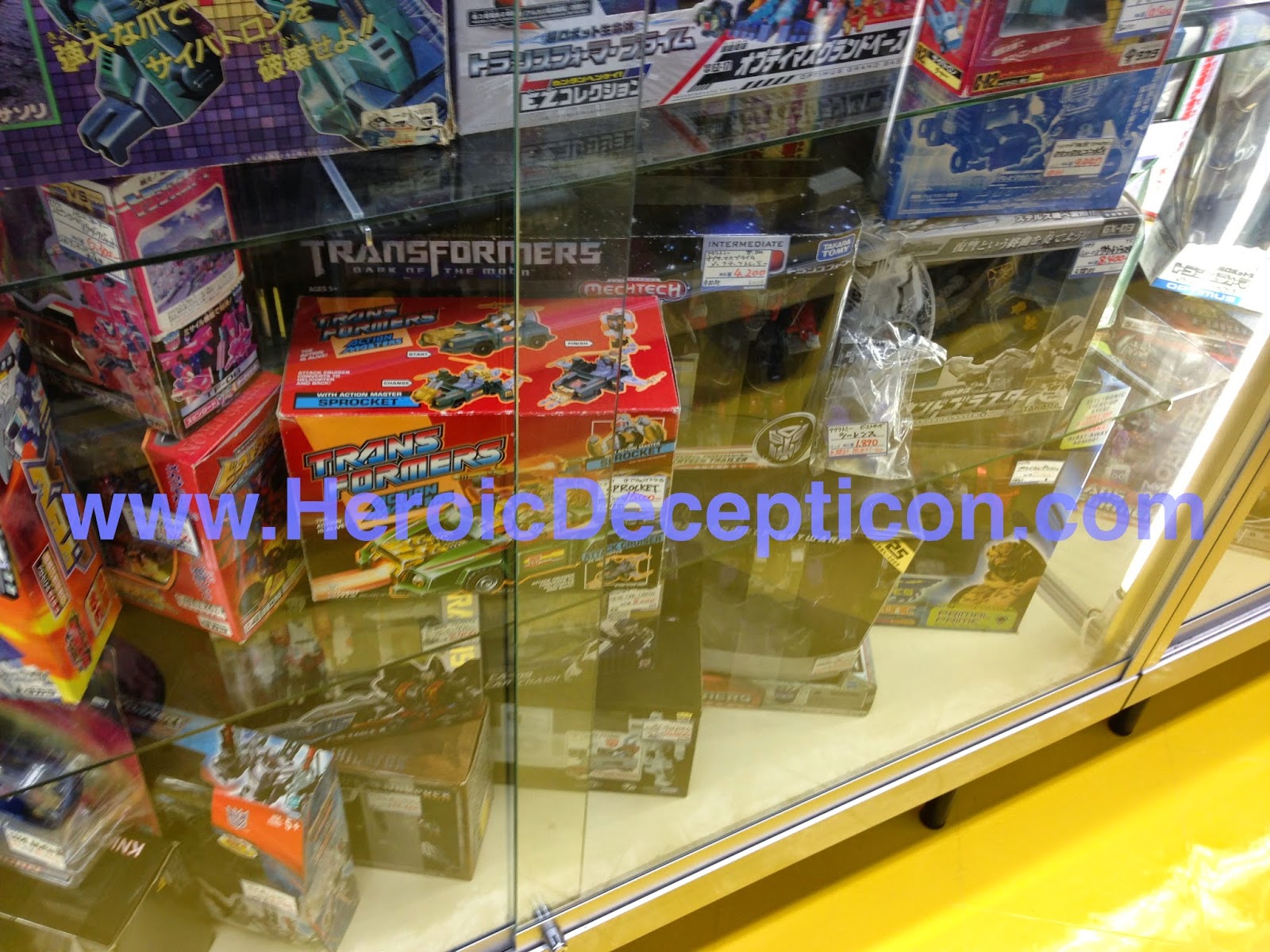 After Mandarake, I went around to the other shops. First stop was Jungle, which has quite a legendary branch in Den Den Town, Osaka. 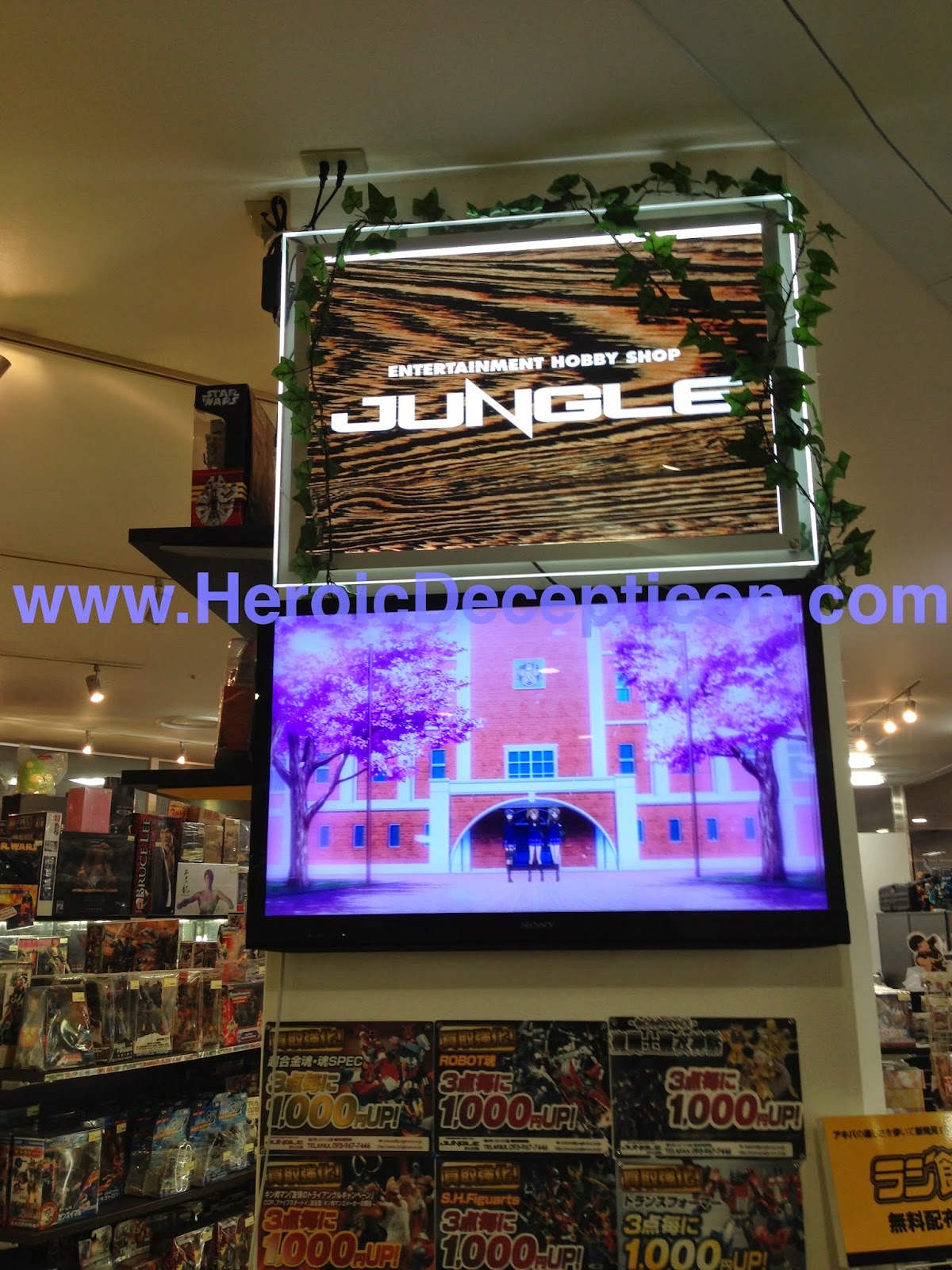 This one however, is a lot less impressive. Hardly anything of note in the store. Here is a shot of the display case which has a fair few rare pieces, but most are for display only and not for sale 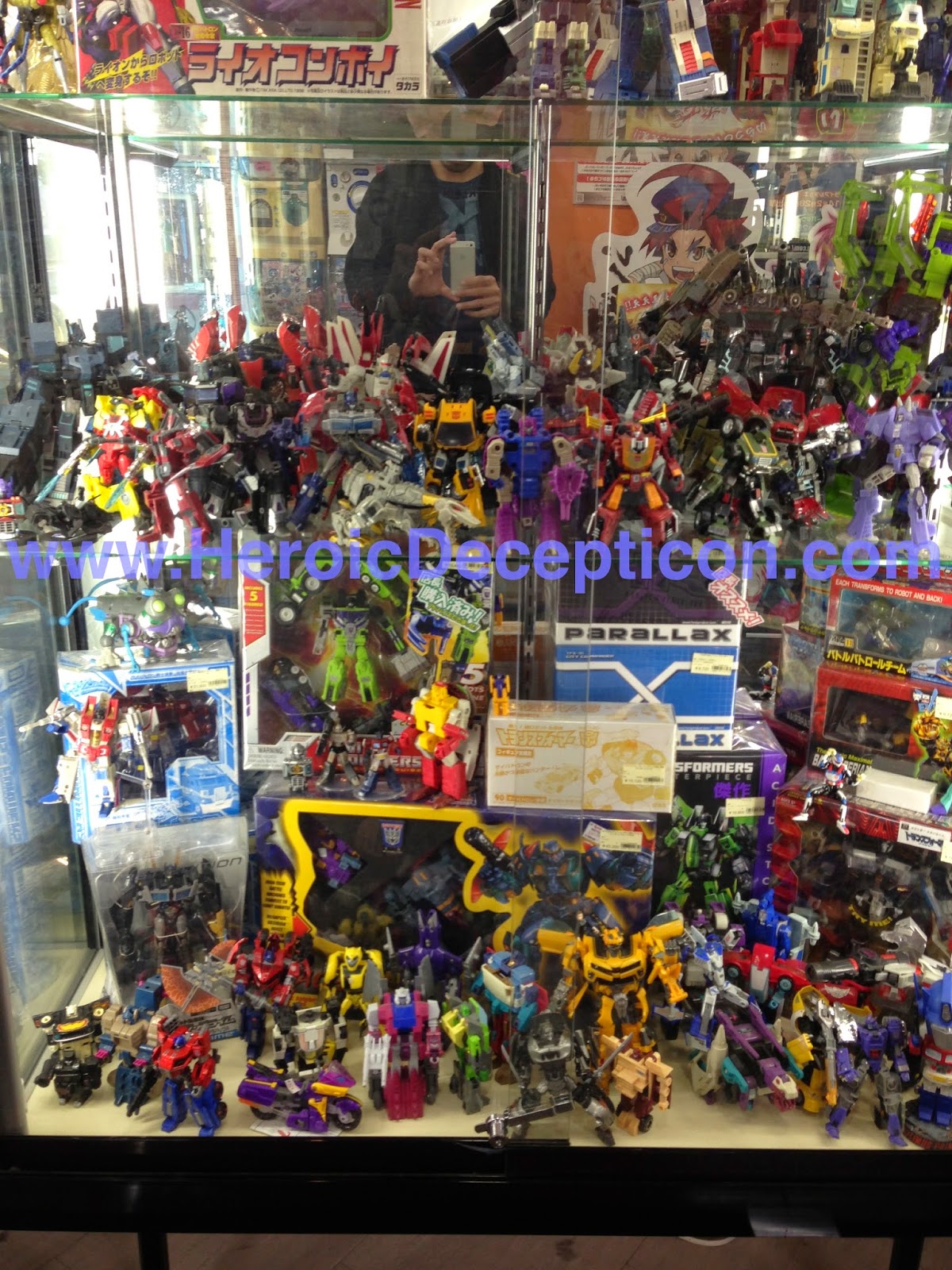 Close up of the rare stuff, for example the lucky draw Green Unicron. Why anyone would want a green coloured Unicron is quite beyond me (I know there is some cartoon relevance, but I'm just not moved to pay upwards of US$5,000 for a Unicron that is green of all colours). 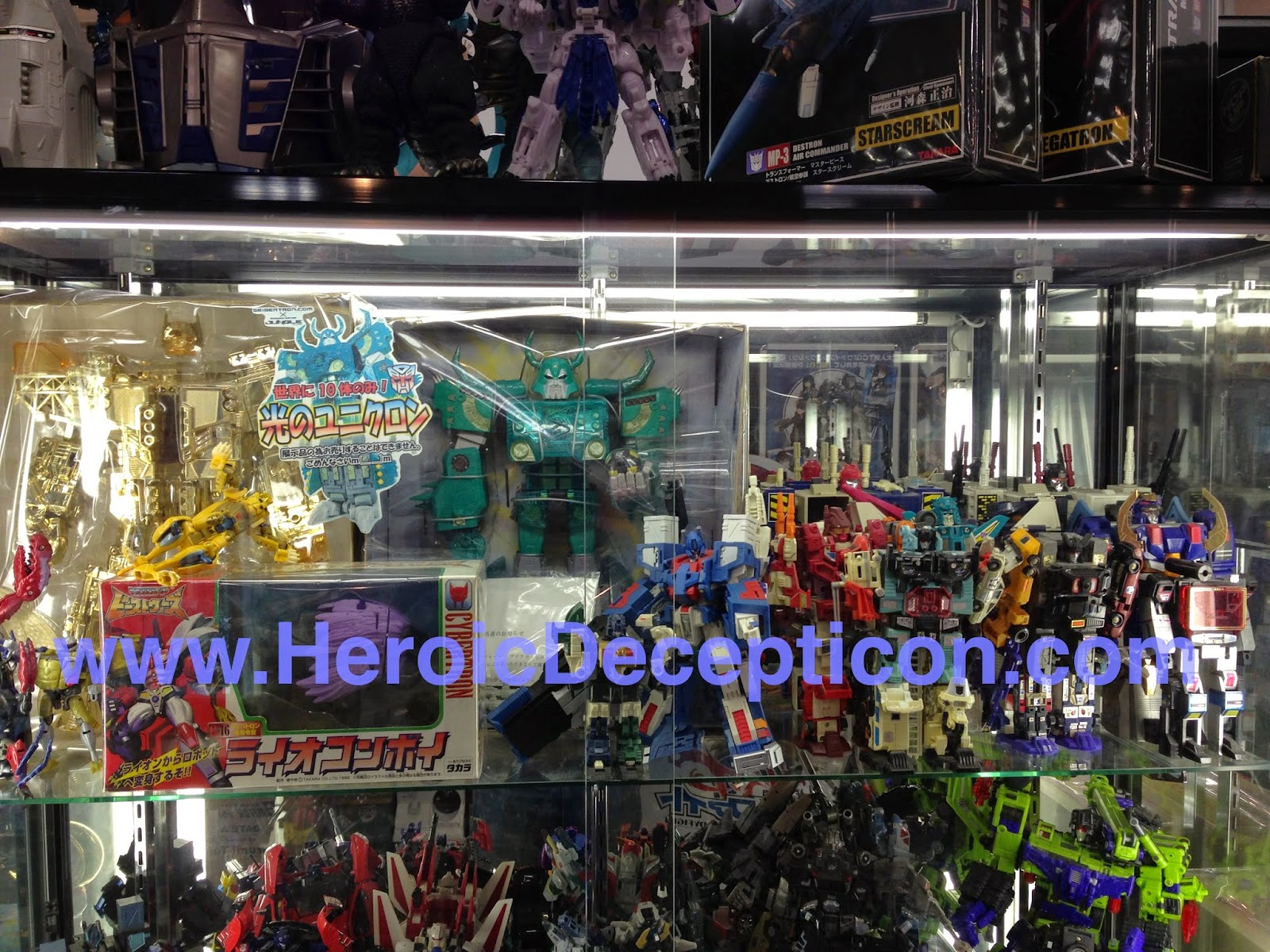 A shot of both the main displays at Jungle. 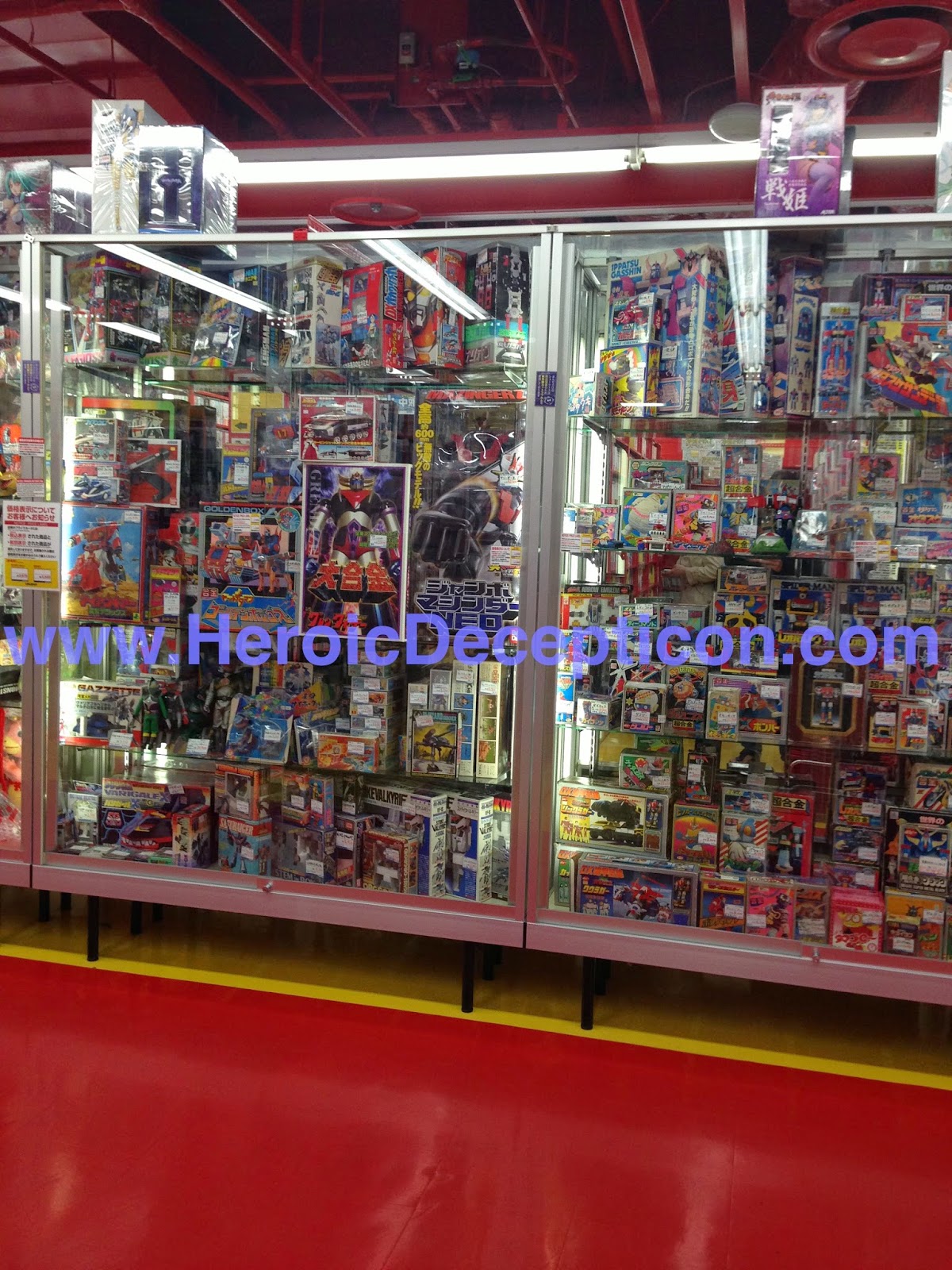 A shot of Robot Robot. 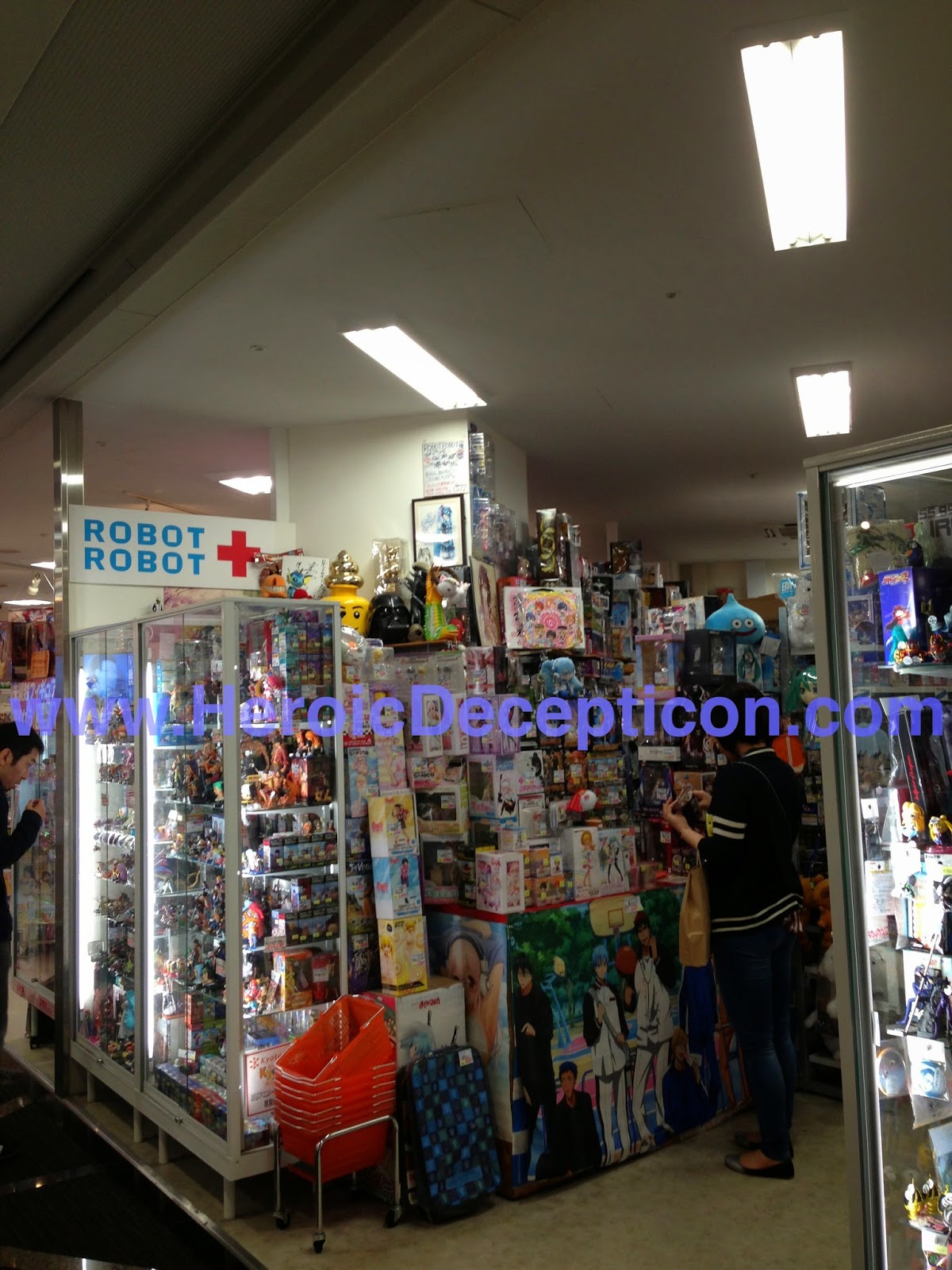 I've not take shots of any of the other shops because they sold mostly Manga type stuff or anime type stuff, which while interesting, just was not worth me snapping pics. Time was short, I had other places to be.

Next stop was Kokura Castle. A very nice place. 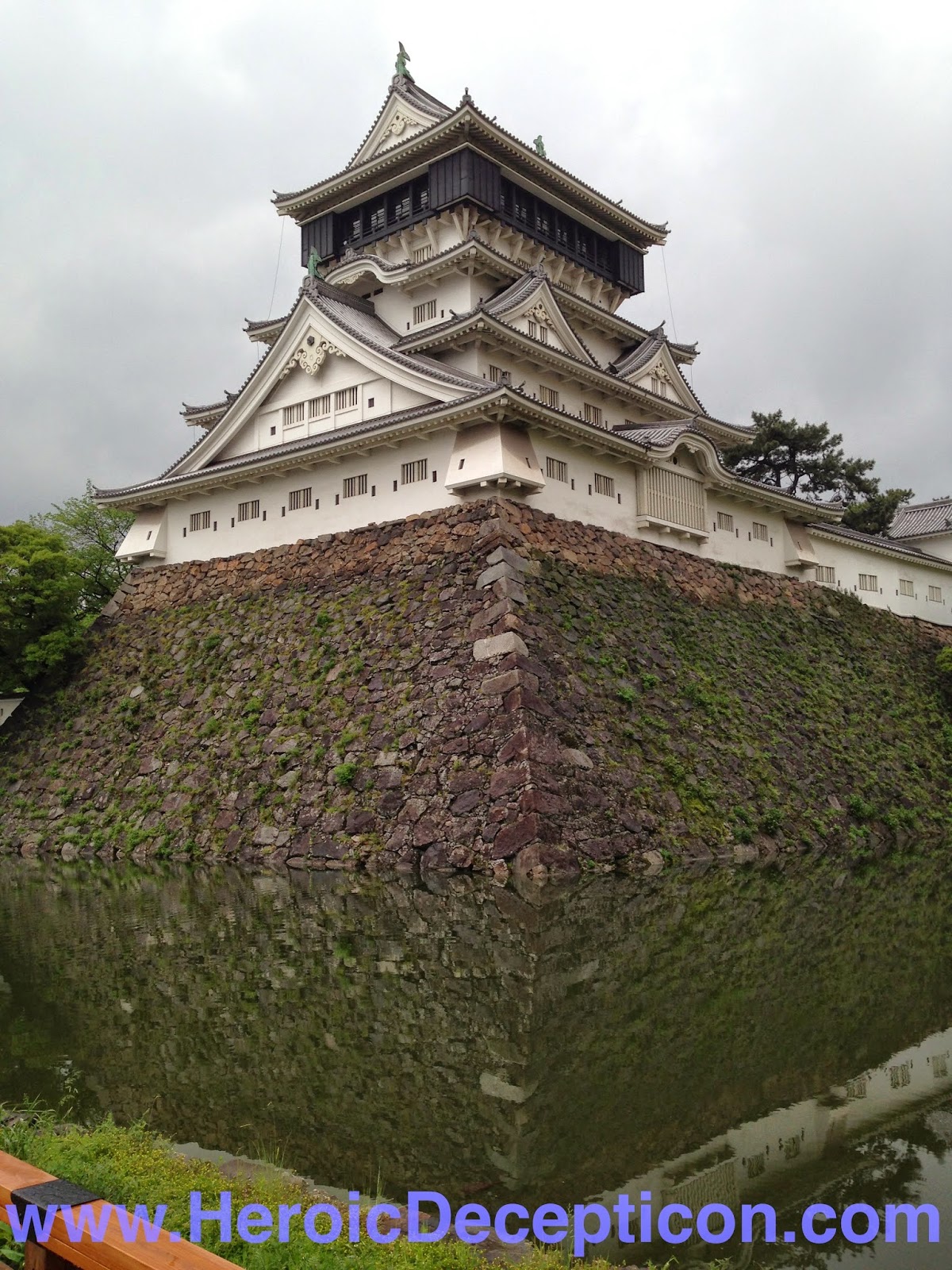 Dinner was a this restaurant called "和". E and I walked around undecided for close to 45 mins before just randomly walking into this place. The food was very good! 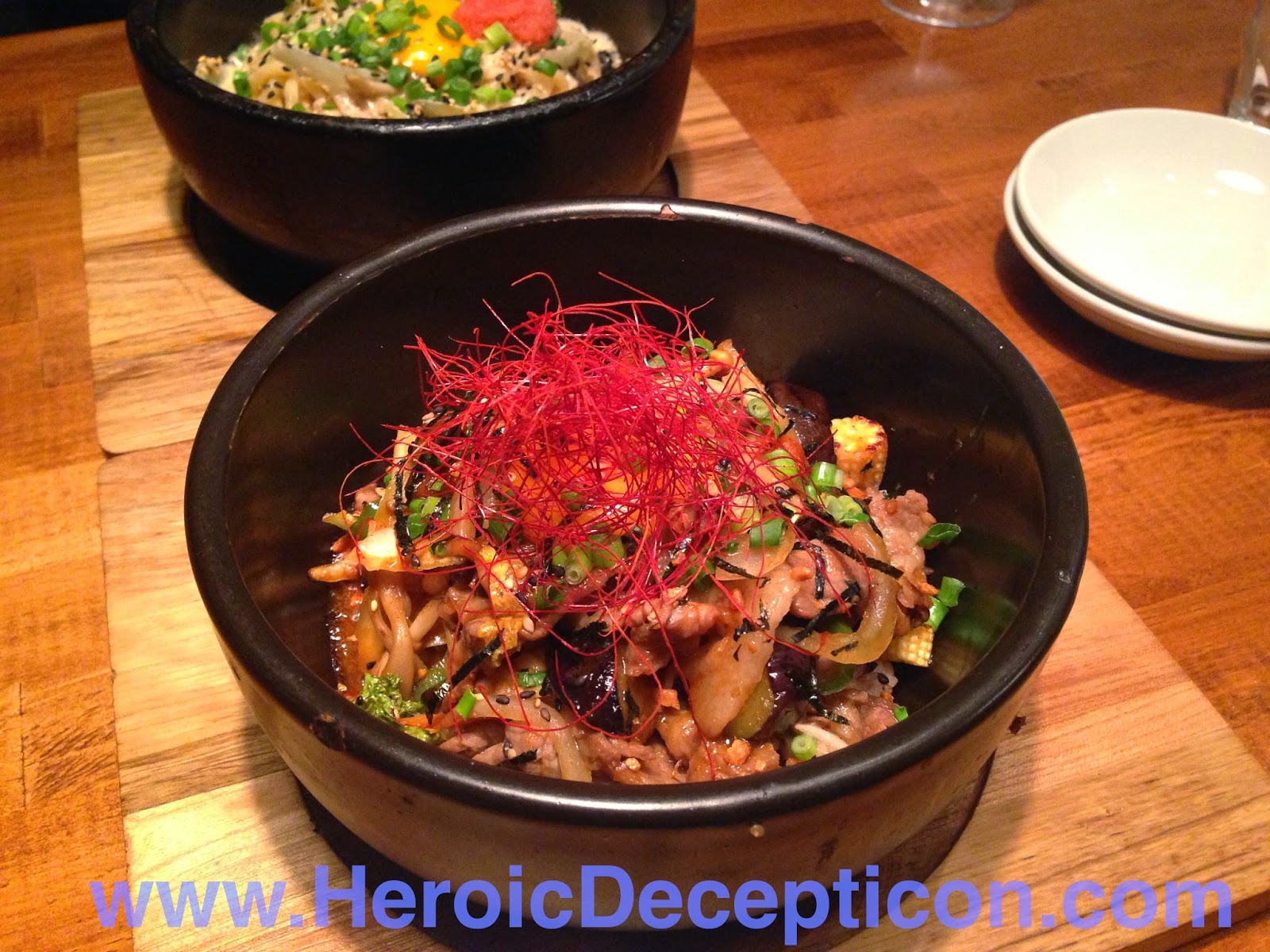 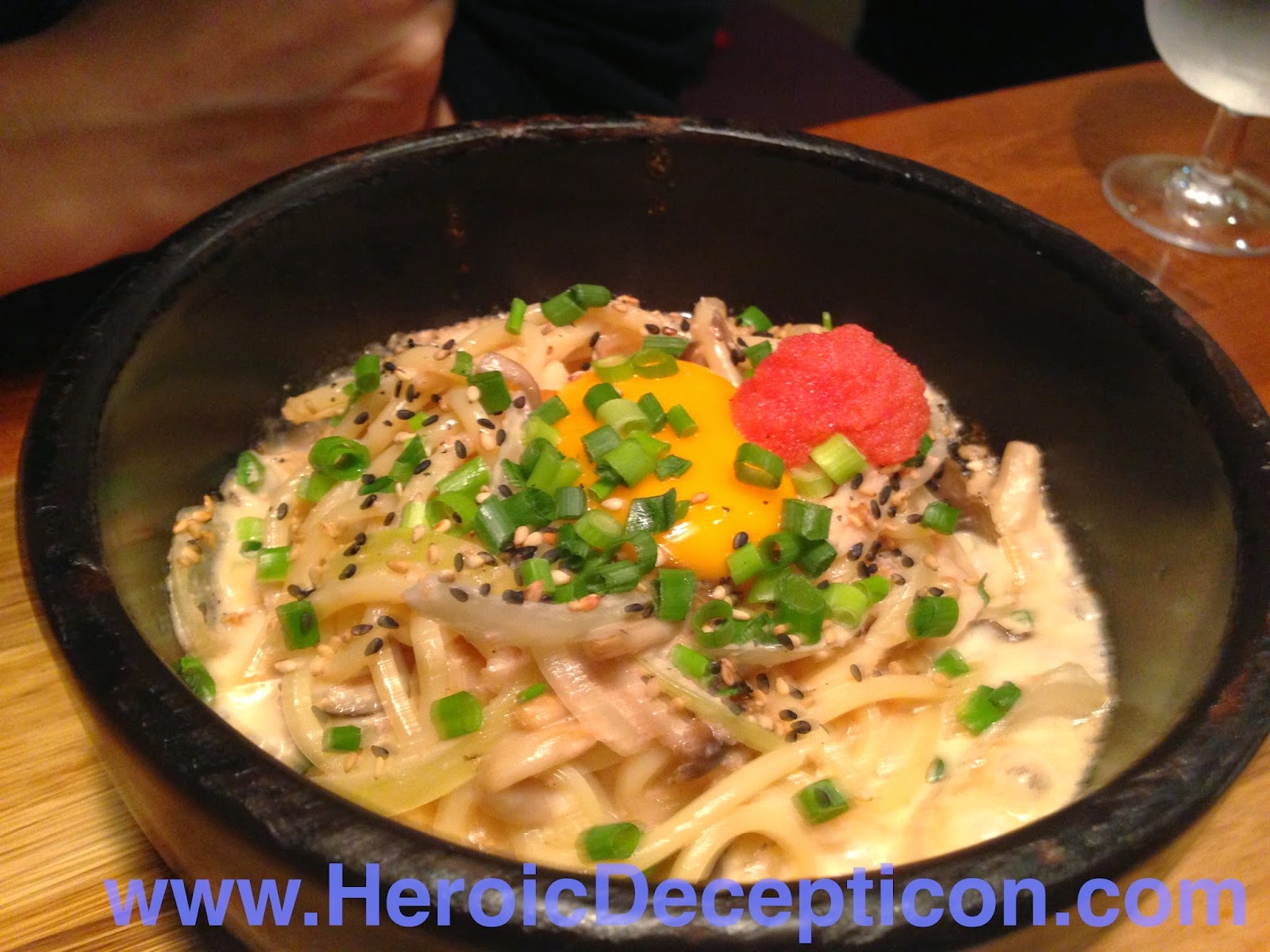 This was the only thing I bought today. It was for a friend in HK, not even for myself. It's getting worrying that by Day 02, I still have no bought a single Transformer. 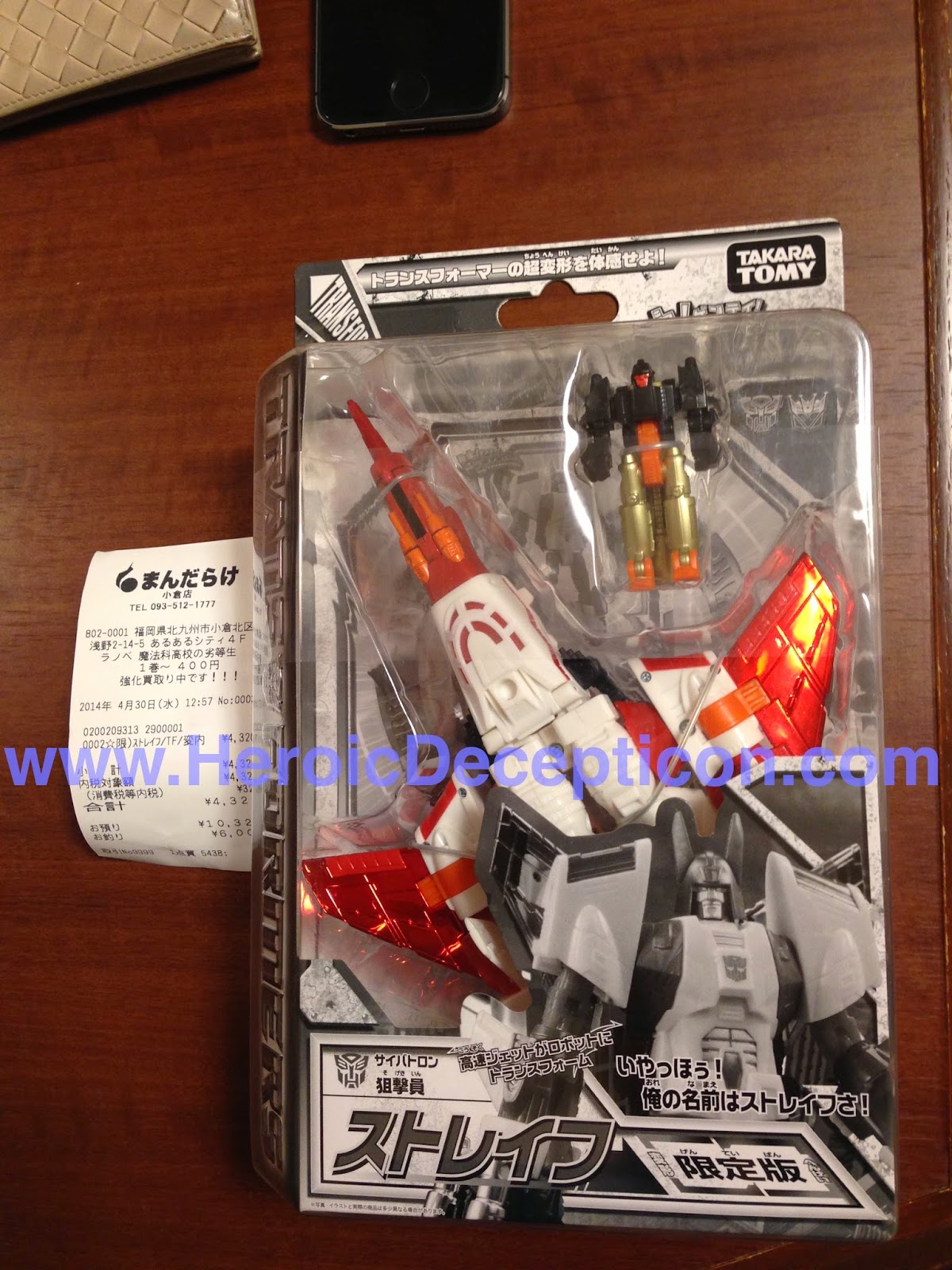 E was worried and started to toy with the idea of taking a train to Osaka to raid the stores there....
Posted by Heroic Decepticon at 12:11