Last week, I took my long awaited break, to a place I have long waited to go to - Fukuoka in Japan.

It was rumoured and I had it on good authority, that it is the new mecca of Transformers, since Tokyo and Osaka are nowadays picked clean collectors and scalpers alike.

So there I was. Day 01. Hit Mandarake Fukuoka rightaway with E. 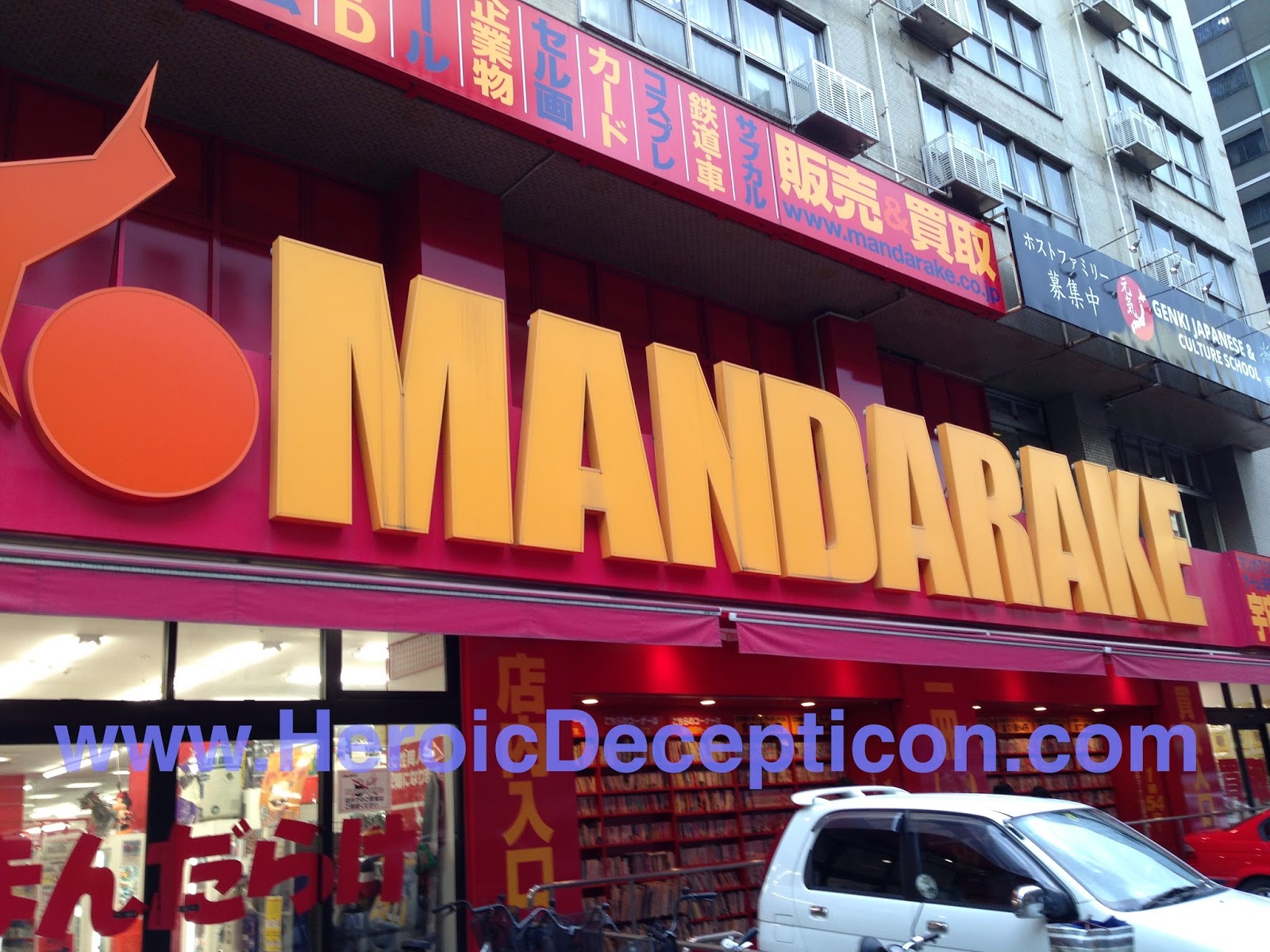 Looked at the Diaclone section first. Only thing that caught my attention was a overpriced Wheeljack in a faded box... 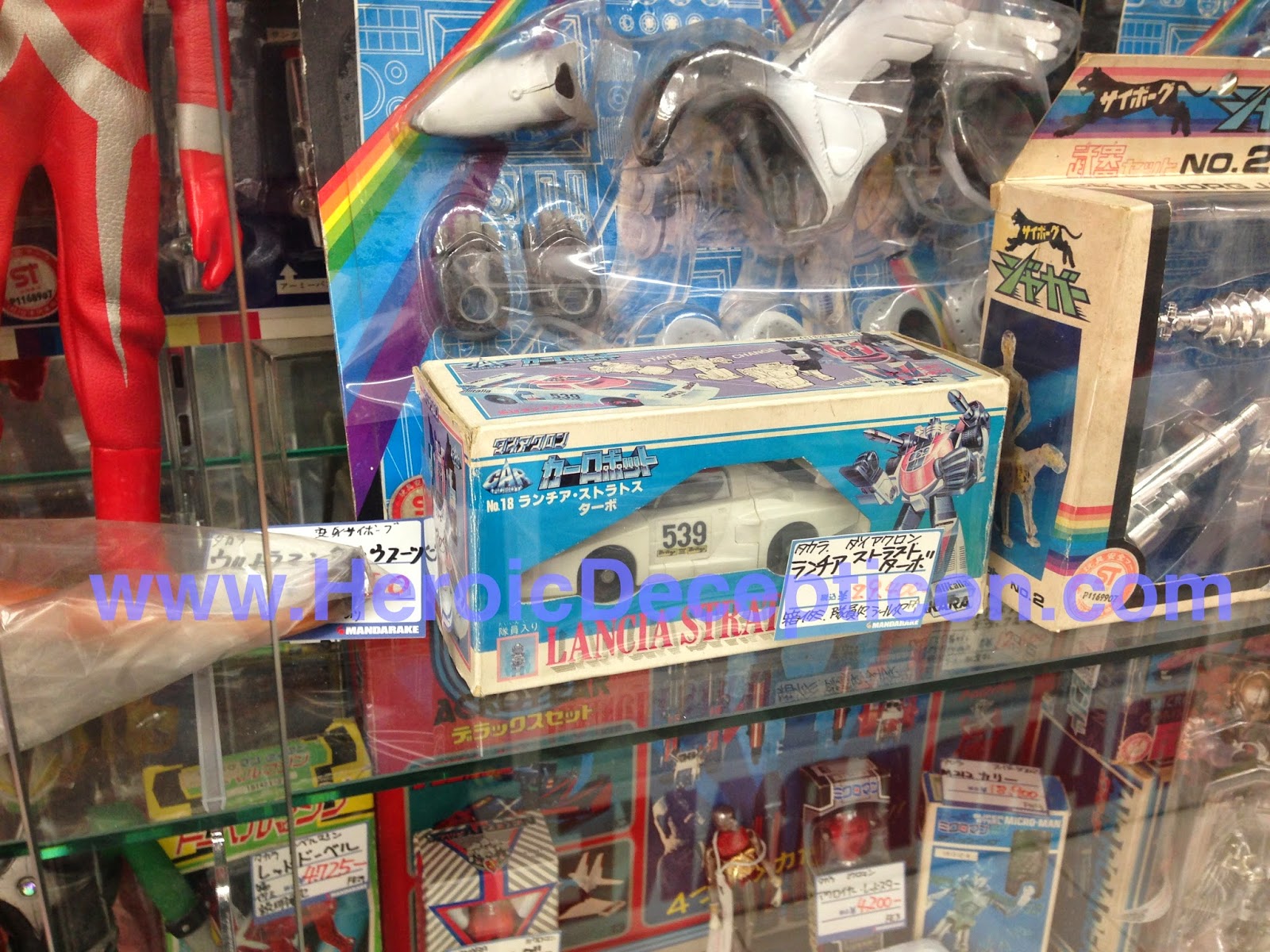 ... and a Powered Convoy in unknown condition for a hefty price. 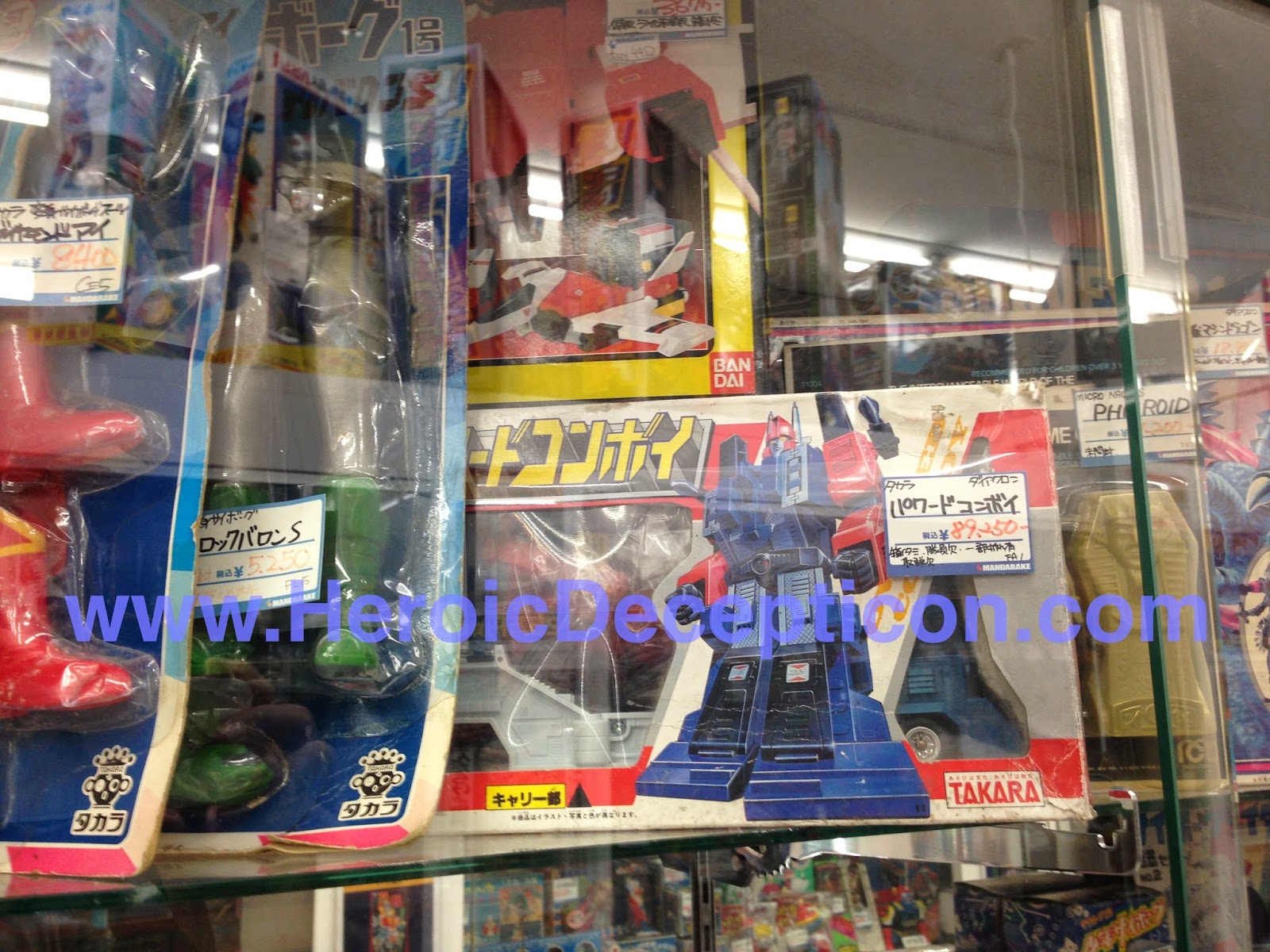 This is what the rest of the Diaclone glass cabinet display looks like. Not impressive really. 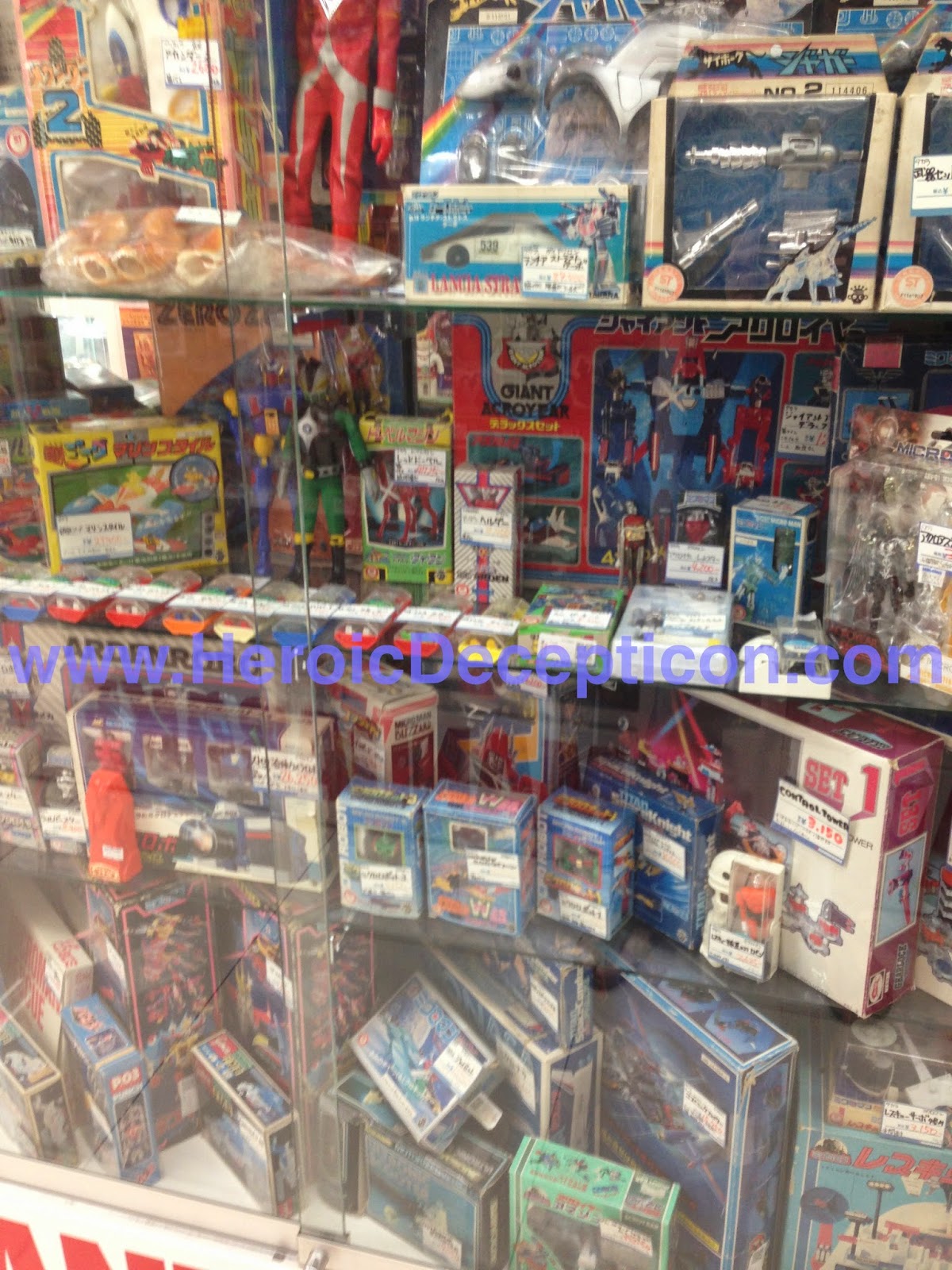 On to the Macross / Mospeada display. This piece, I was actually quite impressed with - the Gakken VR-052F aka the Cyclone from Invid Invasion (for those Robotech fans). It was in very good condition and something for me to think about. 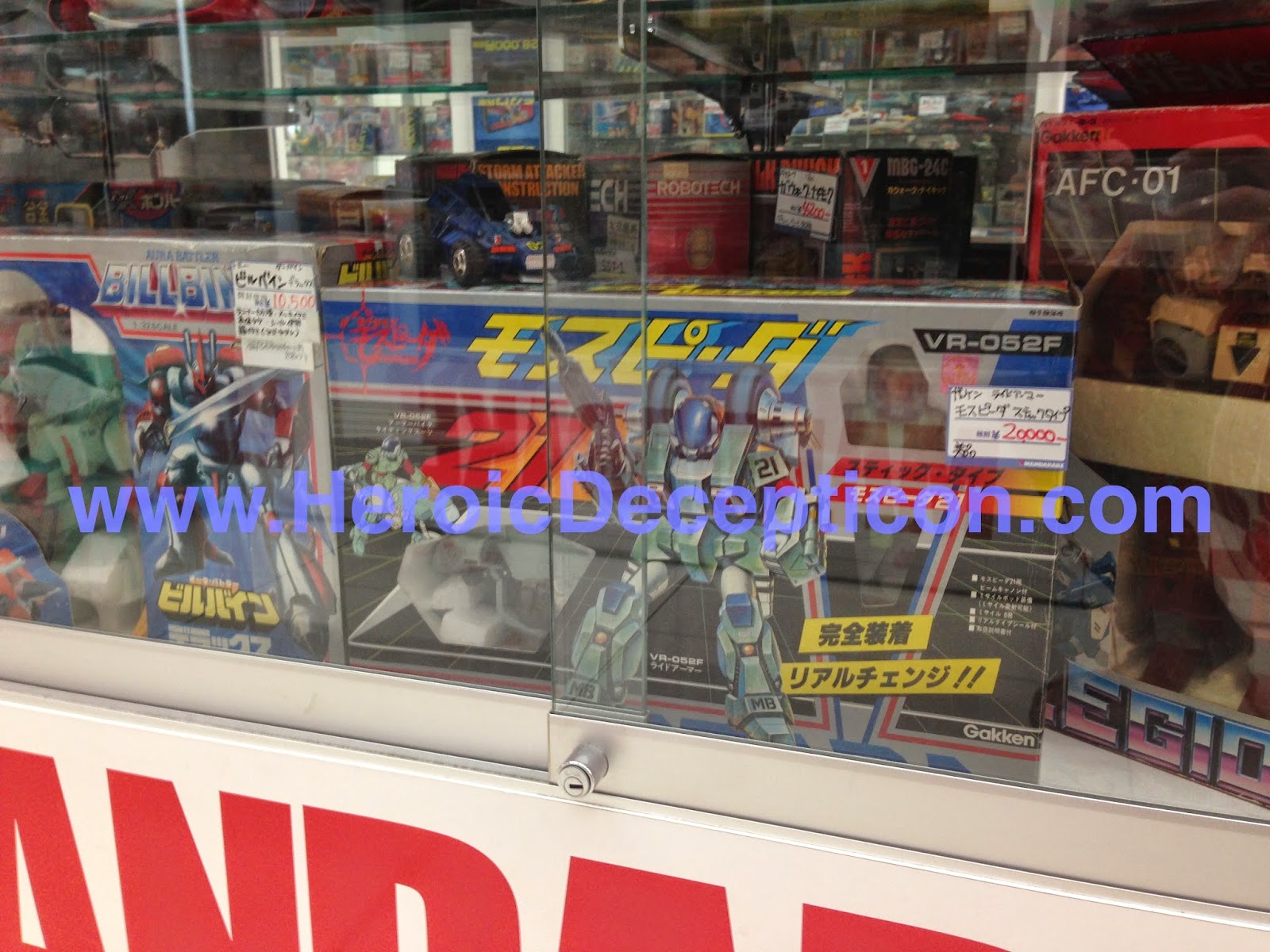 Since my buddy Maz is lately into Macross, I snapped some shots of the Macross stuff. Of note is the Bandai VF-1S Super Valkyrie giftset and... a VE-1: Elintseeker, in a super nice box, unused! Wow. If I collected Macross, I would be all over this rare piece. 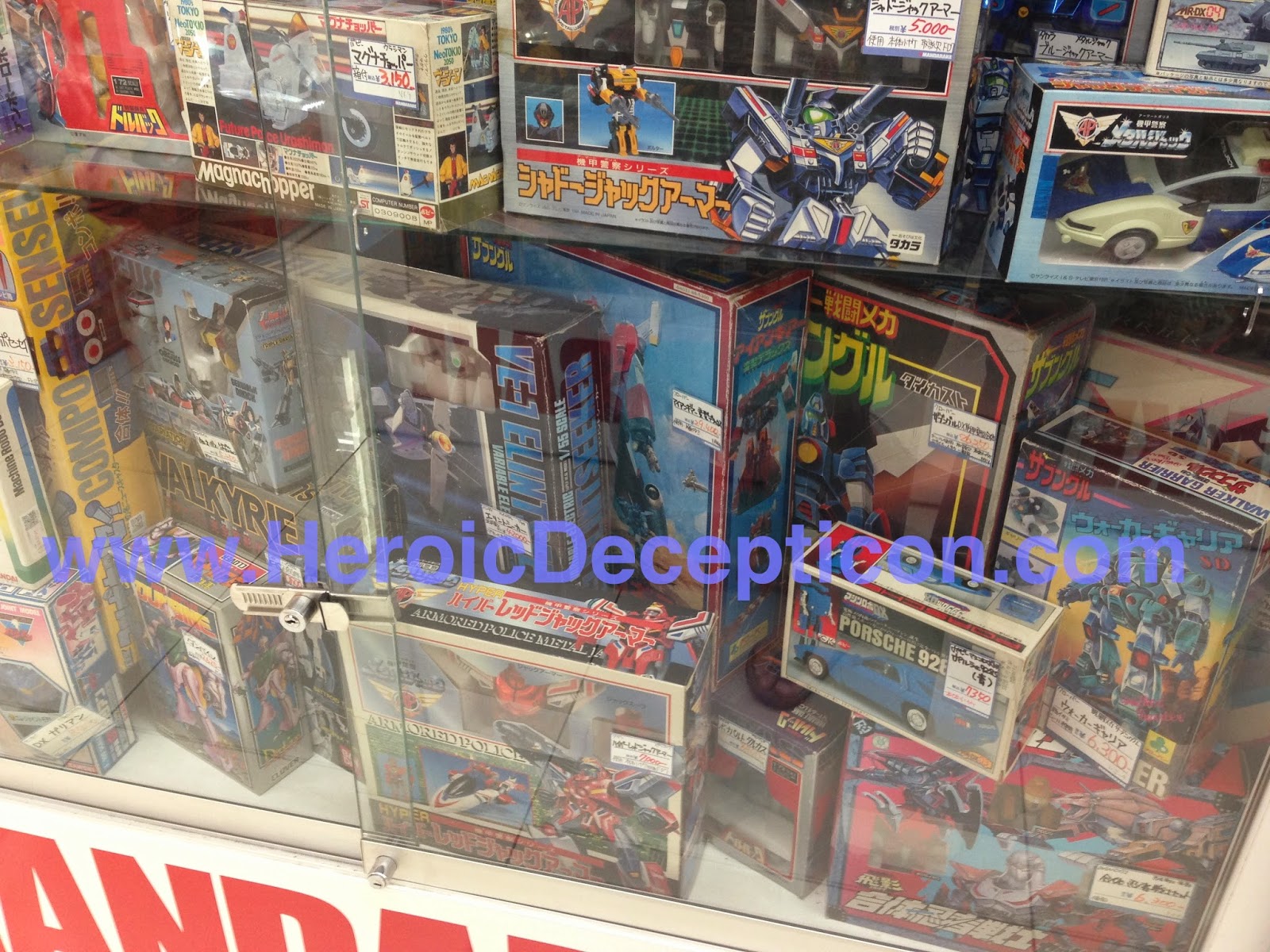 A closer and better shot of the 2 pieces I mentioned above. 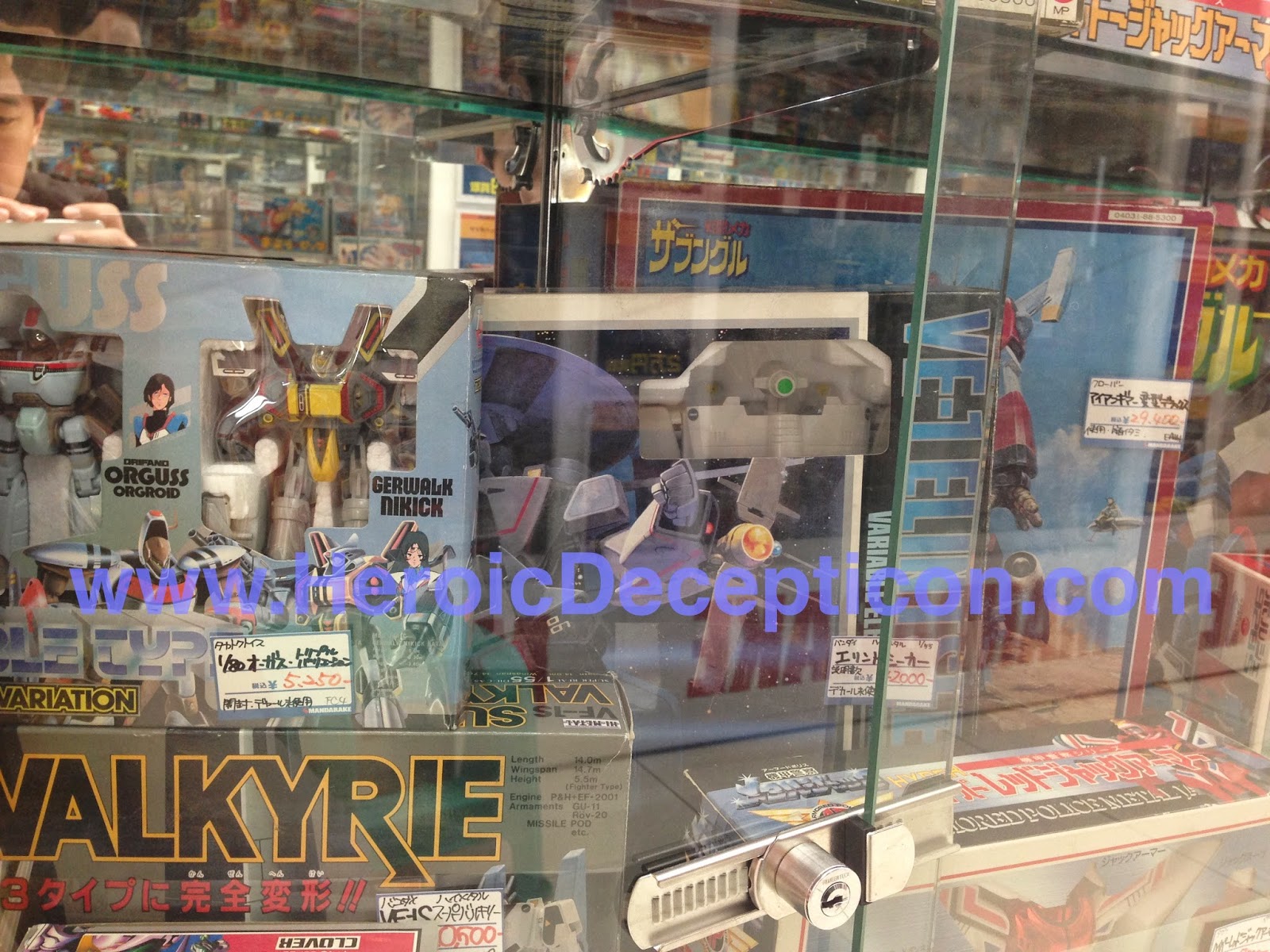 With the Macross shelves wrapped up, I proceeded to the Transformers shelves. There were 2 Fire Guts Ginrais, for a pretty good price. There was also a complete set of the 1987 individual Headmasters, where 4 of the 6 were boxed. Notably, there is a Shuffler in box - for 105,000yen no less. Whoa. 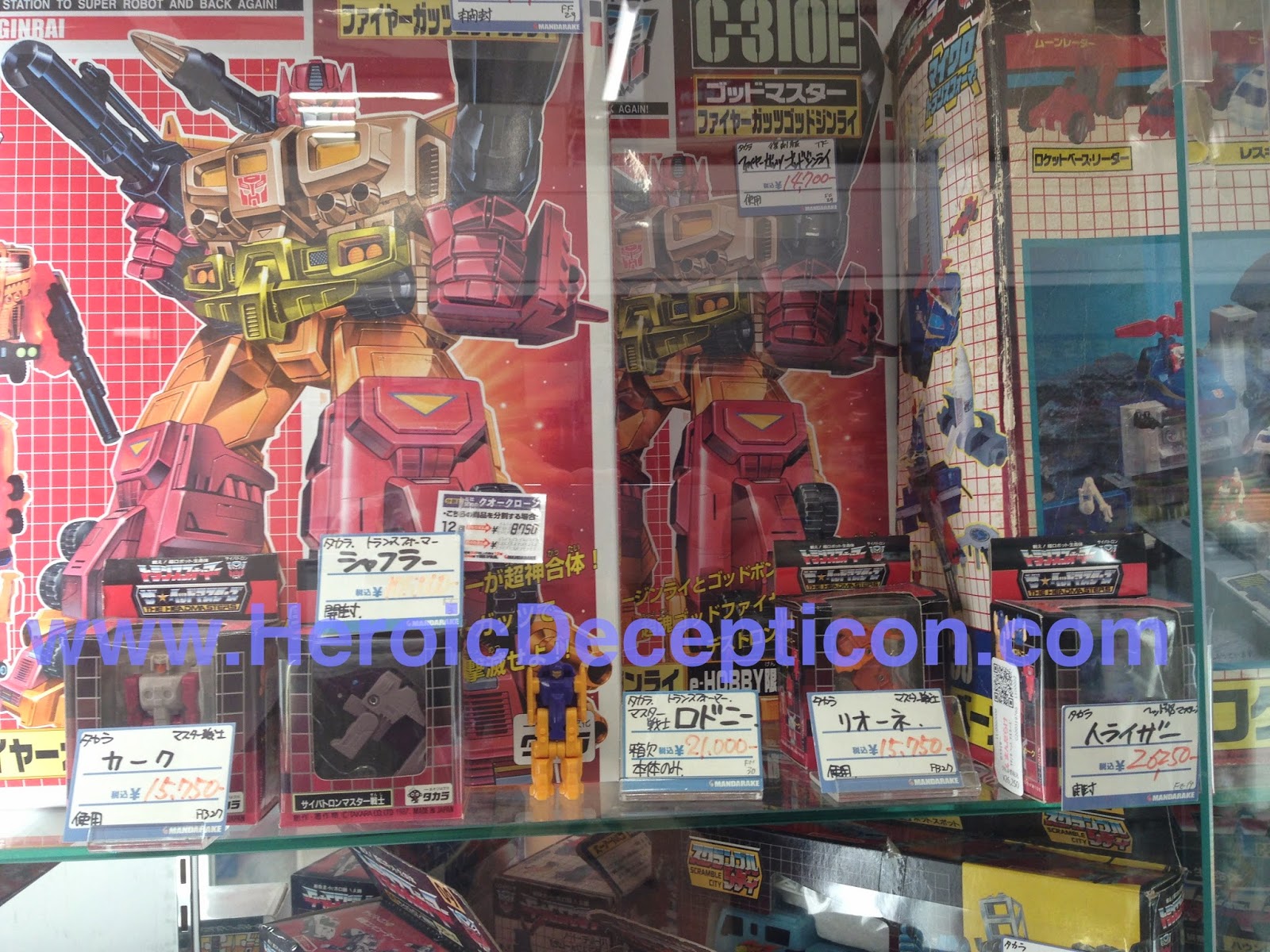 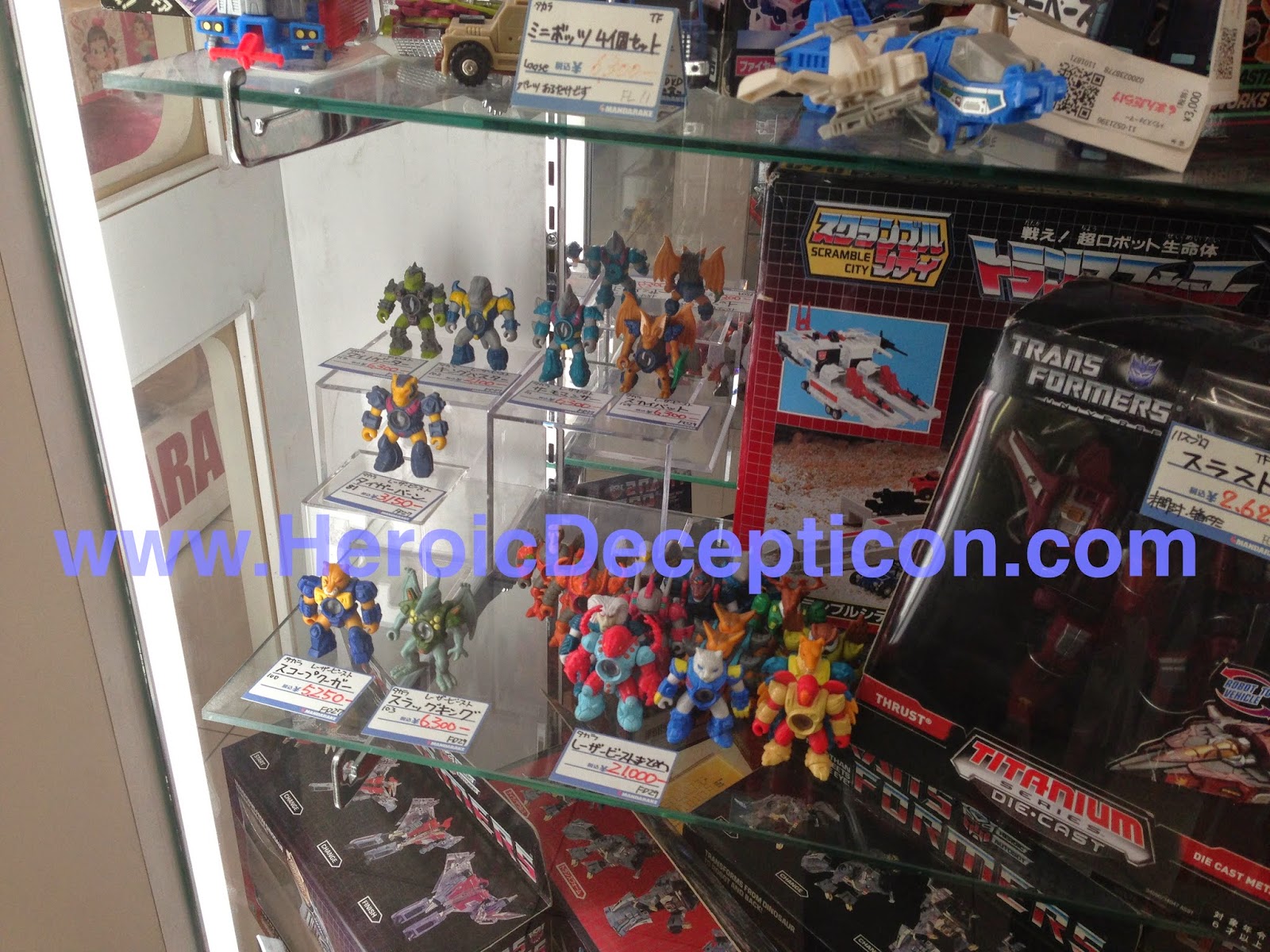 This is a shot of the main Transformers shelve. There really was not anything much of interest to me. 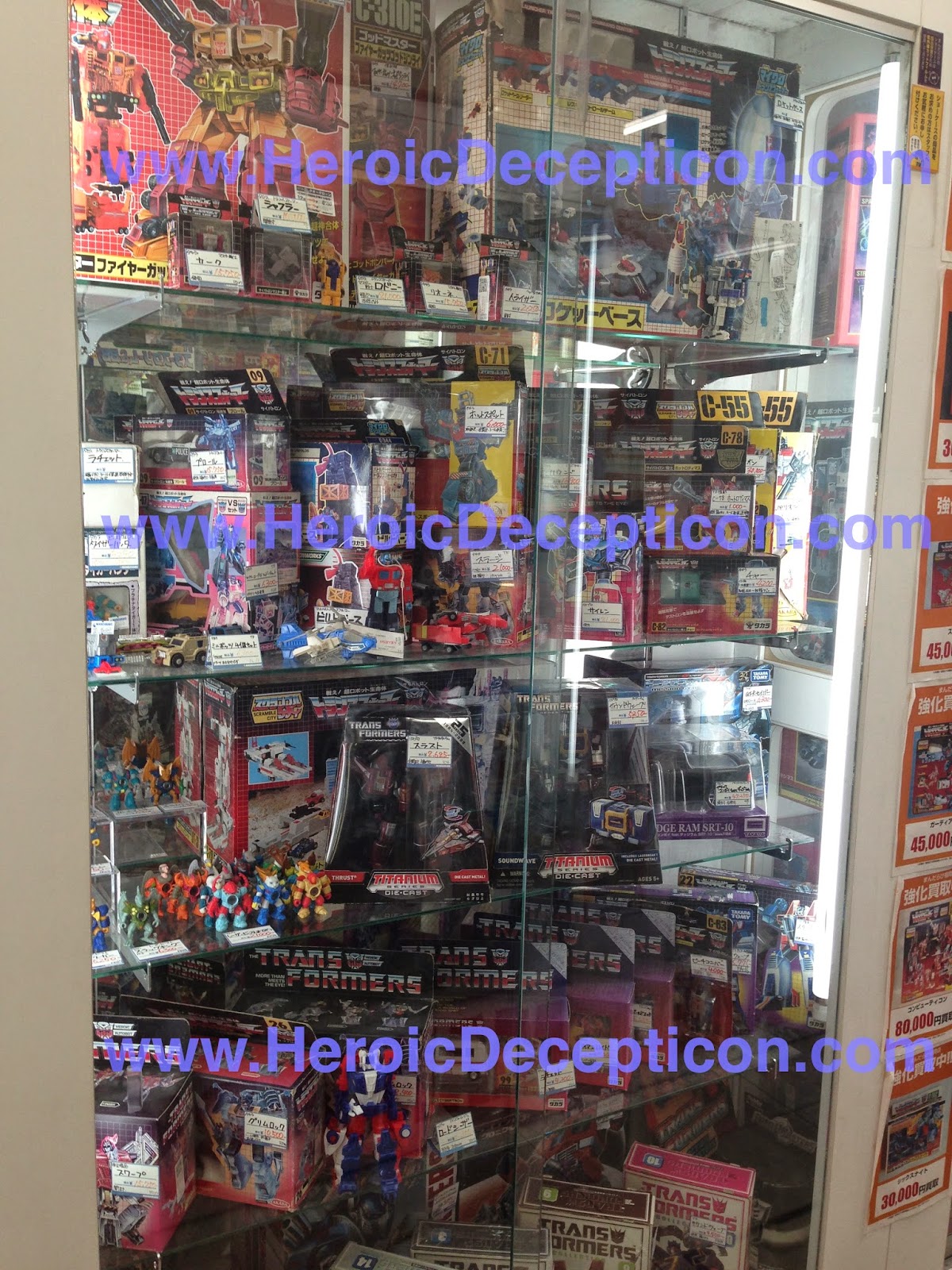 At the end of this foray, I left Mandarake without a single purchase. E was slightly concerned.

Posted by Heroic Decepticon at 23:28