As mentioned here, I was back in Singapore during CNY and had brought back to HK a fair chunk of my early G1 figures, which has been sitting in storage at my parents' place since 2003.

Early in the week, I spent a night taking them out and arranging them into my Teletraan-1 display. It's such a delight to see them displayed out in their full glory again, its like coming home to old friends and really a joy to see.

Among this batch, many of the 1984 pieces are pre-rub pieces, which to me are the nearest thing to their diaclone counterparts, still the best quality and molding among the early year TFs (some might disagree, but hey, this is my collection!).

I'm quite saddened by the fact that despite me sealing them in protective bags and keeping them in storage away from direct sunlight, some pieces have still yellowed. Wheeljack is slightly off white, Ratchet (cross version) is quite yellowed, the white parts of Tracks is yellowed. This yellowing phenomenon is really quite sickening from a collector's perspective. Anyway...

Here they are arranged out in Teletraan-1: 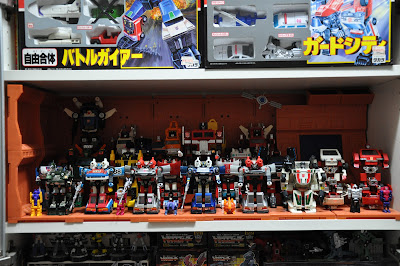 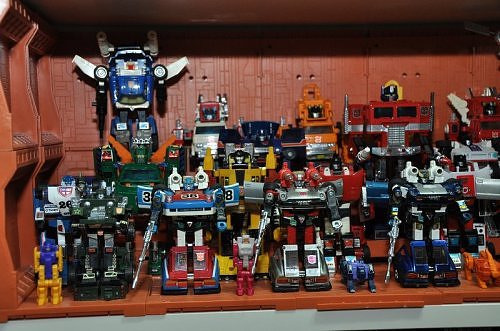 Close up shot of the right hand side of the display. 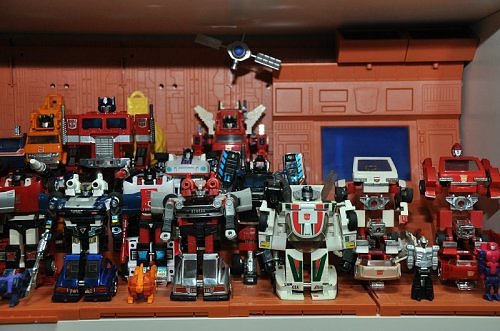 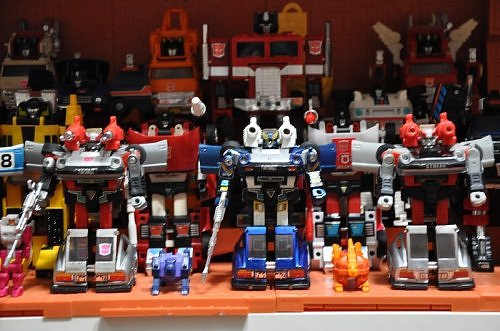 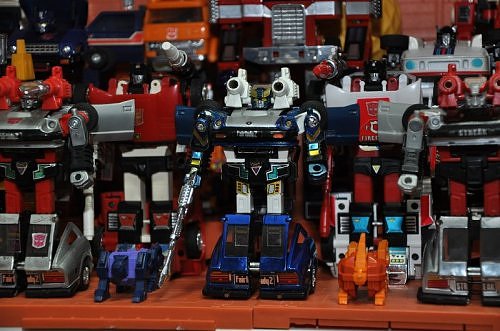 Posted by Heroic Decepticon at 18:01