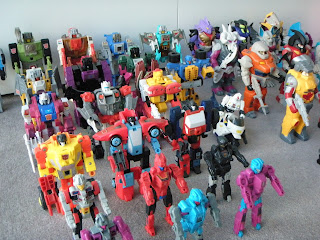 The year was 1988 (and 1987). It was a significant year for Transformers, with many new subgroups, including the Headmasters, Targetmasters, Powermasters, Monsterbots, Pretenders and the Sixchangers.

It was truely a year where Transformers innovation was at its peak... before the coming of Micromasters and Actionmasters, which to my mind, signalled the downfall of the "Generation One" Transformers franchise.

I remember still being wildly fascinated with Transformers back in 1988, if because of nothing more, it was because of the Marvel Transformers UK comics (which were more readily available at news-stands than the Marvel US comics were). Marvel UK was released on a weekly basis and served to fuel my Transformers imagination for that year.

Who can forget these great advertisements that were in the Marvel UK comics? I can't, and still find them as fresh as the morning dew even when I look at them now. 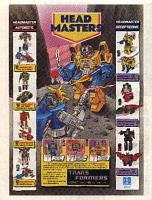 The Targetmasters advertisement (right) feature all of the 1987 Targetmasters - Cyclonus, Scourge, Misfire, Slugslinger, Triggerhappy, Kup, Blurr, Hot Rod, Sureshot, Pointblank and Crosshairs. Pointblank was featured prominently on the centre of the poster, possibly the reason for my sustained interest in the character and the toy. 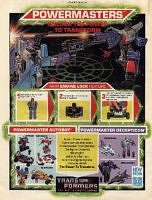 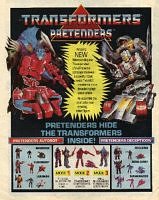 The Powermaster advertisement (left) featuring the 1988 Powermasters except for Optimus Prime - Joyride, Getaway, Slapdash, Dreadwind and Darkwing. There were a lot less Powermasters than either Headmasters or Targetmasters.

The Pretender advertisement (right) featuring only half of the original 1988 Pretenders - Waverider, Cloudburst, Landmine, Skullgrin, Bomb-Burst and Submarauder. Apparently, the other 6 Pretenders were US exclusives and thus not sold in the UK and for that same reason is not part of this advertisement. Not sure if I'm right, but it does appear to be the case. For that same reason, the other 6 Pretenders are rarer on the second-hand market today.

The presence of so many characters makes the 1987 and 1988 years one of the more difficult years to complete. There were just so many characters, some of which were very obscure, with correspondingly limited production runs making them highly challenging to find in mint and complete condition today.

The other 6 Pretenders that are not in the advertisement above are examples of figures that are highly challenging to hunt down today, they are - Groundbreaker, Sky High, Splashdown, Iguanus, Bugly and Finback.

I recently made a big push to complete in MIB condition as much of the 1987 and 1988 Transformers as possible. The efforts have paid off, I'd say.

Not content with keeping them in their boxes, I took them all out to for photographing today. Here they are... 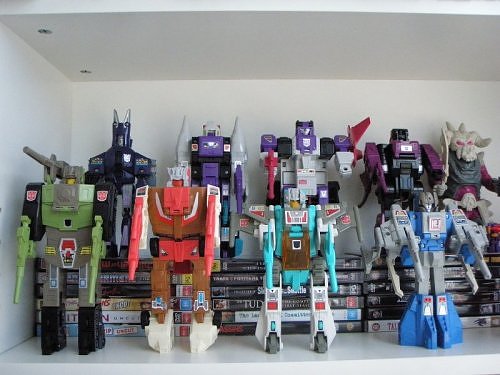 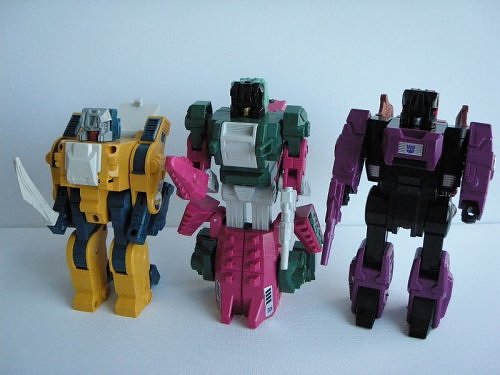 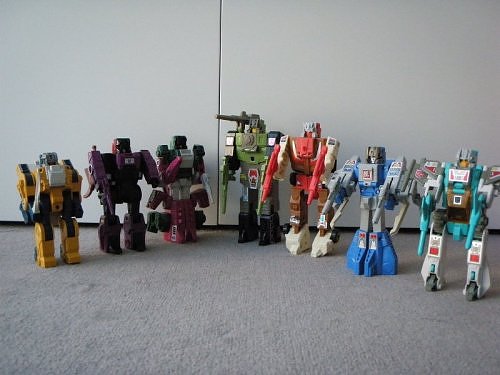 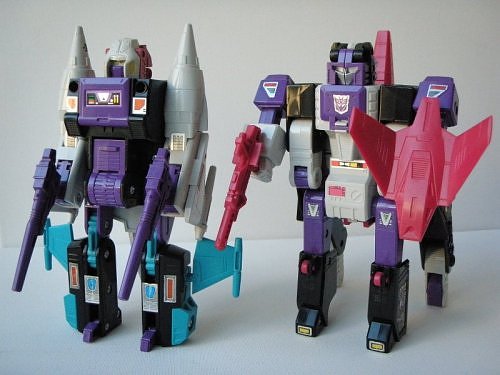 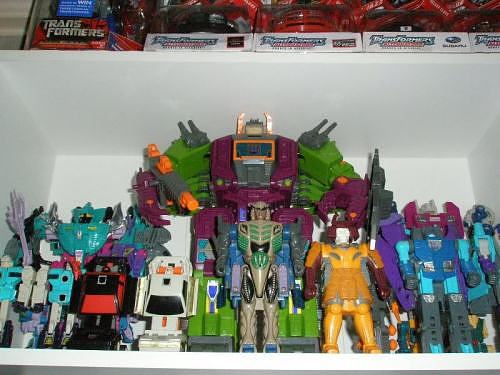 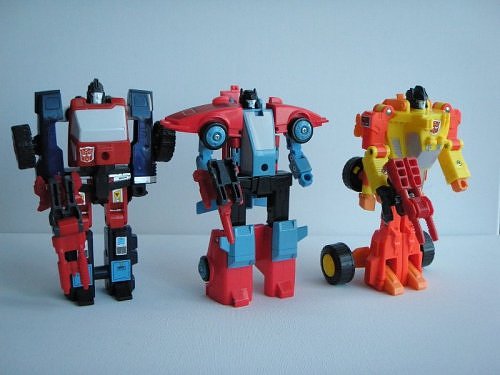 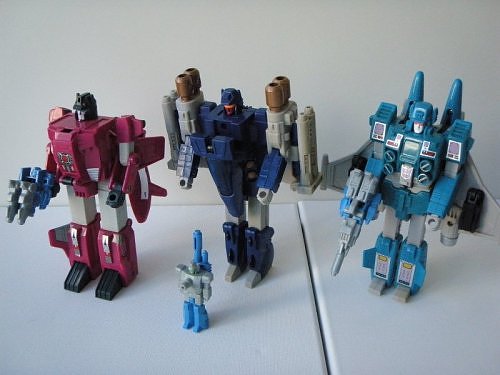 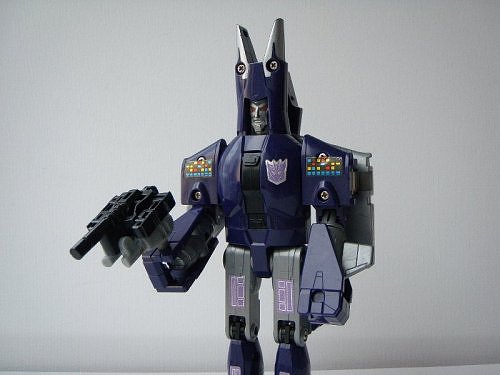 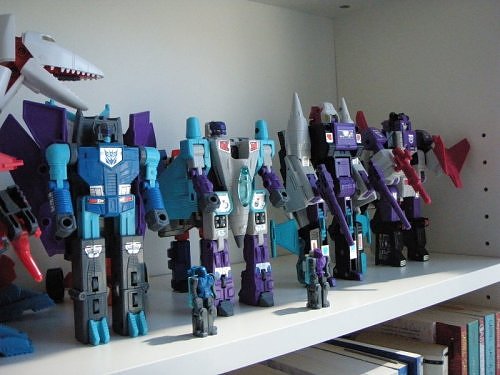 The 1988 Decepticon Powermasters - Darkwing and Dreadwind 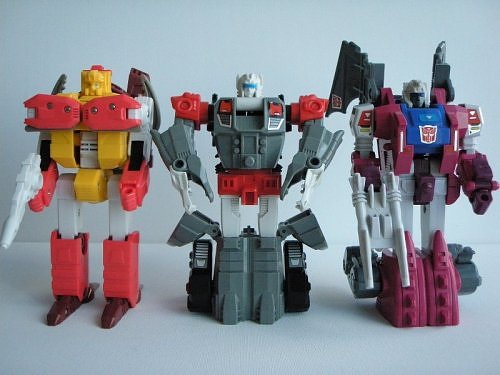 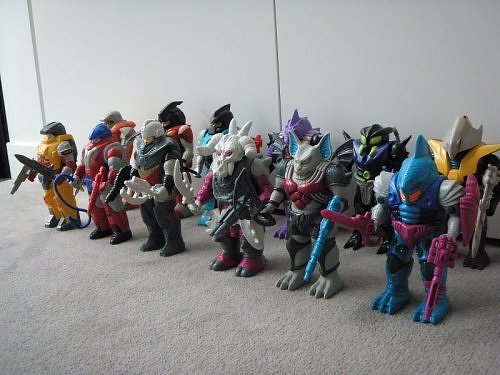 The 1988 Autobot and Decepticon Pretenders - all 12 of them 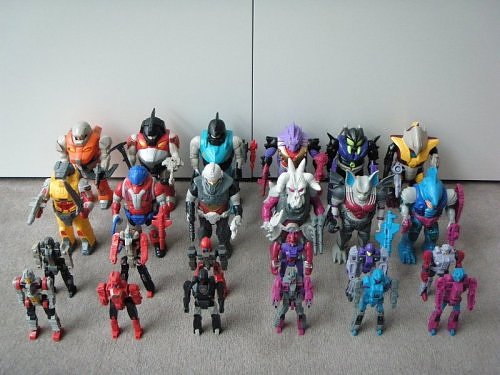 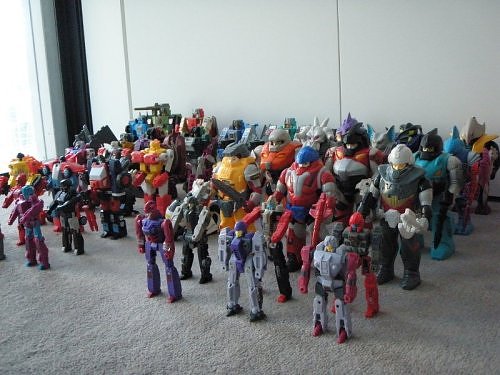