I've previously talked about Cloudburst when I posted an entry for the MIB Cloudburst that I acquired with MIB Targetmaster Cyclonus.

This is another Cloudburst though. It is the one I got as a set together with all my Autobot Pretenders from eBay seller nancyfancypants.

This loose Cloudburst is in a much better condition that the Cloudburst that is MIB. It is therefore, worthy of being featured in its own entry here. Will not say too much by way of introduction since I've previously said it, but will get on with pictures! 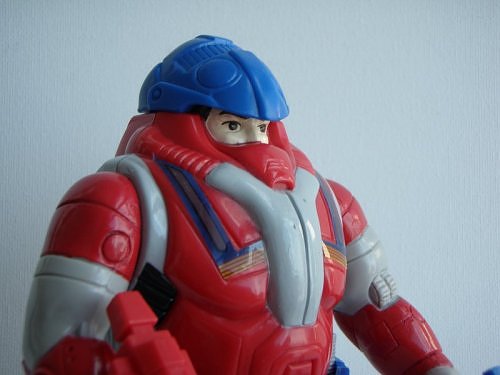 The Cloudburst inner-robot. I always thought that he is coloured a little too red overall and that his head is a little too big for his body. Note the cool Autobot symbol his chest. It's a custom symbol and is present on all the Pretenders that this eBay seller sold me. I suspect all 12 Pretenders were previously owned by a very meticulous and careful collector from the way all the stickers were applied and also from the fact that each Pretender inner-robot has custom made faction symbols at appropriate places. 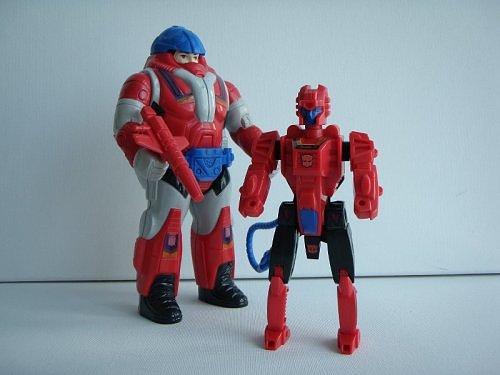 Cloudburst inner-robot with Pretender shell. The Pretender shell wields a whip and is perhaps the only G1 Transformer to have that as a weapon. Makes me think of Leoric, the leader of the Spectral Knights in Visionaries, also a Hasbro toy brand. Space-jet mode of Cloudburst inner-robot. Note the custom Autobot symbol on the nosecone.
Posted by Heroic Decepticon at 08:30