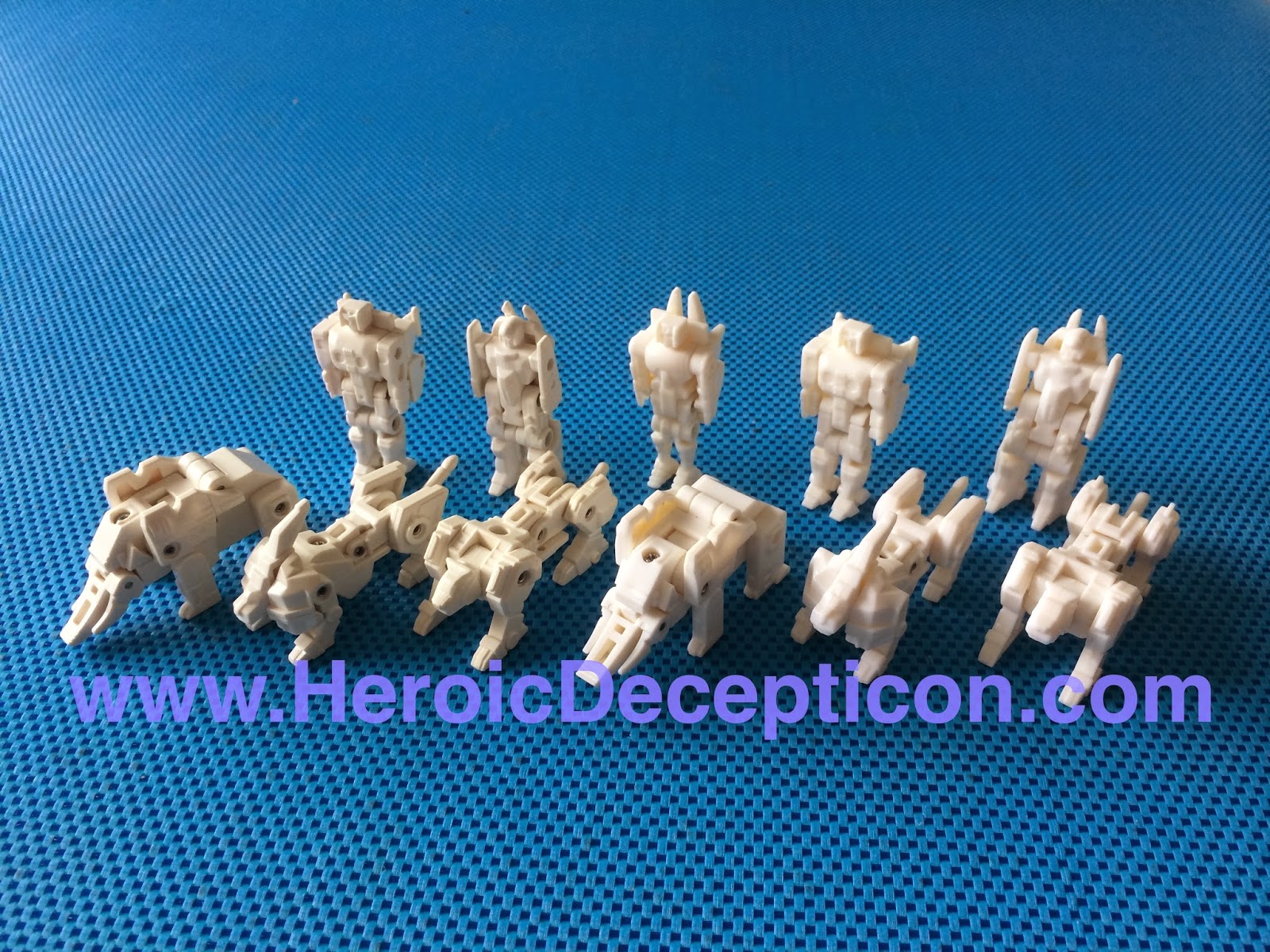 After more than 6 months post obtaining these, it is finally time to reveal them and talk about them. For one reason or another, my blog is suffering from a substantial backlog of posts - I have close to 70 posts worth of photos and materials ready, but yet to be posted.

A sign that I am enjoying other things in life surely.

I start off with the money shot - almost a full collection of the 1987 exclusive Headmasters, in colour and in white. I am missing a white Loafer of course. Oh, goes without saying that I would pay good money to buy one from whoever has it.

It is with great pleasure that I can now rest a little easier have almost complete the below page in the Transformers: Generations profile book. If I were a person who lies to myself, I'd say that I have completed the above page because it only pictures a white Shuffler (which I now have) together with the other coloured Headmaster heads. 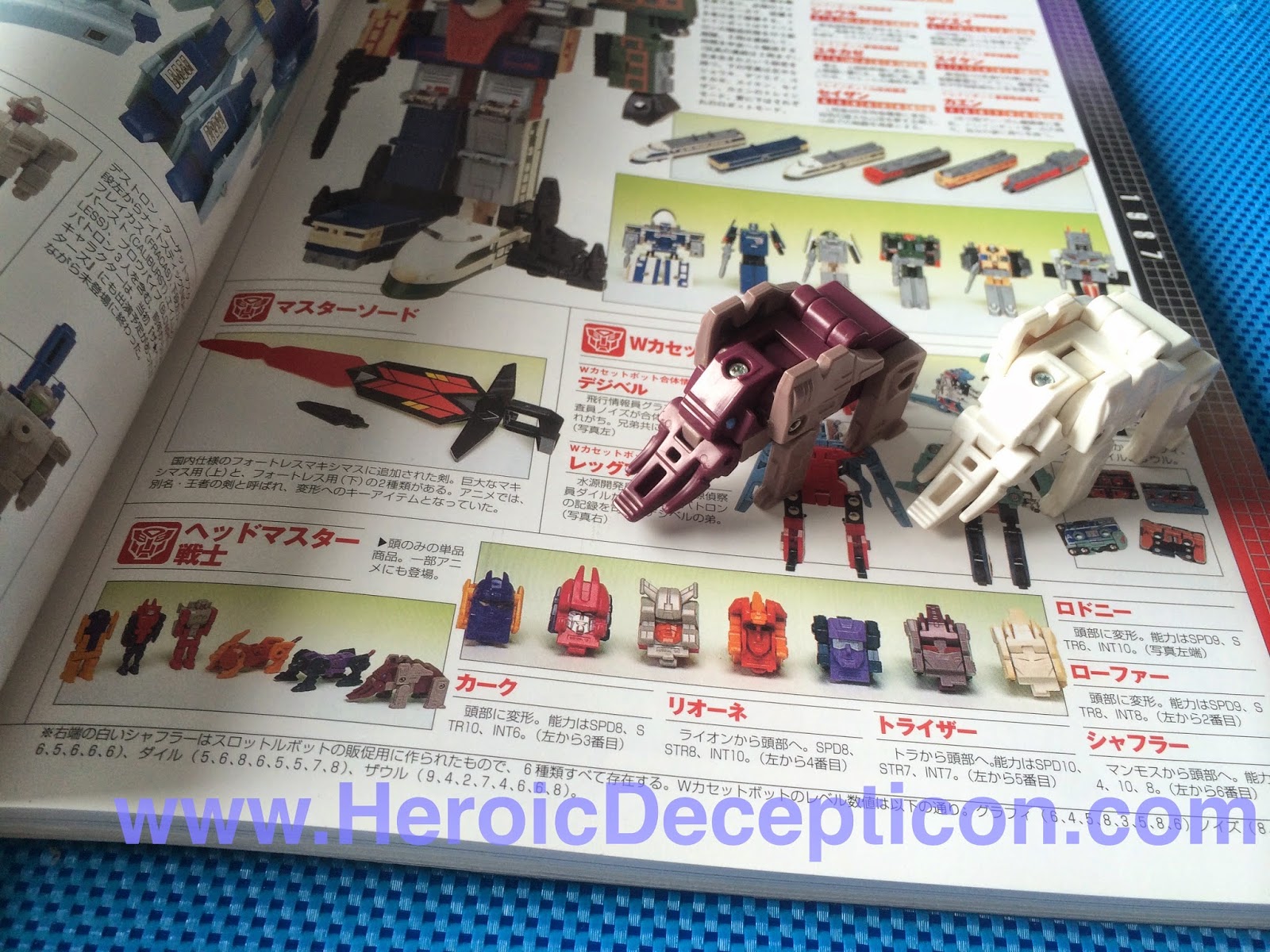 Before this time, I have already more or less resigned myself to not ever getting the white variants of the 1987 exclusive Headmaster heads. The coloured heads, especially Shuffler, was already difficult enough to come by, not to mention the white variant versions. So, if I have not said it already, a BIG thank you to you, my friend, for selling these to me - you know who you are!

It's worthwhile mentioning here that there are KOs of these heads, both in colour and in white - I myself have both sets of KOs and am keeping them as place-holders. This is the one rare exception of KOs in my collection - I can feel E chiding from behind. In a very odd turn of events, the KOs actually made it more difficult for collectors who want the genuine pieces from tracking them down. I won't say too much more, but information re the KOs are easily and readily found online, so I guess, do your research before you buy.

I have a little section on KOs below, but don't claim it to be comprehensive.

WHERE DID THESE HEADS COME FROM?

Japan would be the cheeky answer - but of course right?

Well, as it is told, the white variant exclusive Headmaster heads were not available at retail back in the 80s, but store give-aways. Presumably, when a kid buys Transformers related products from a Lawson (sort of like a 7-11), they get given a white Headmaster head which comes in a non-descript, transparent plastic bag and is taped shut.

According to Tony (Tempting Toys & Collectibles) and The Spacebridge, these exclusive white Headmasters either came packaged individually or as a complete packet of all 6 white heads. There is a photo below to prove it too (from Spacebridge). I'd believe them! 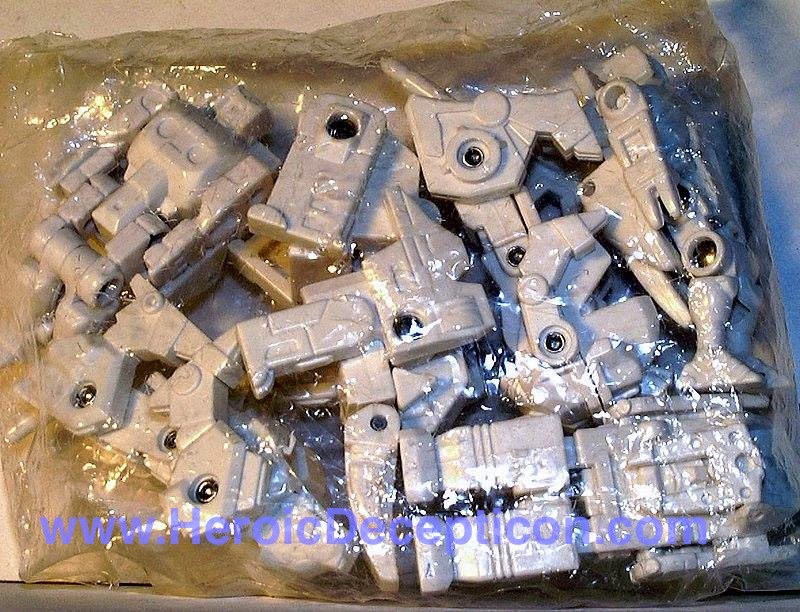 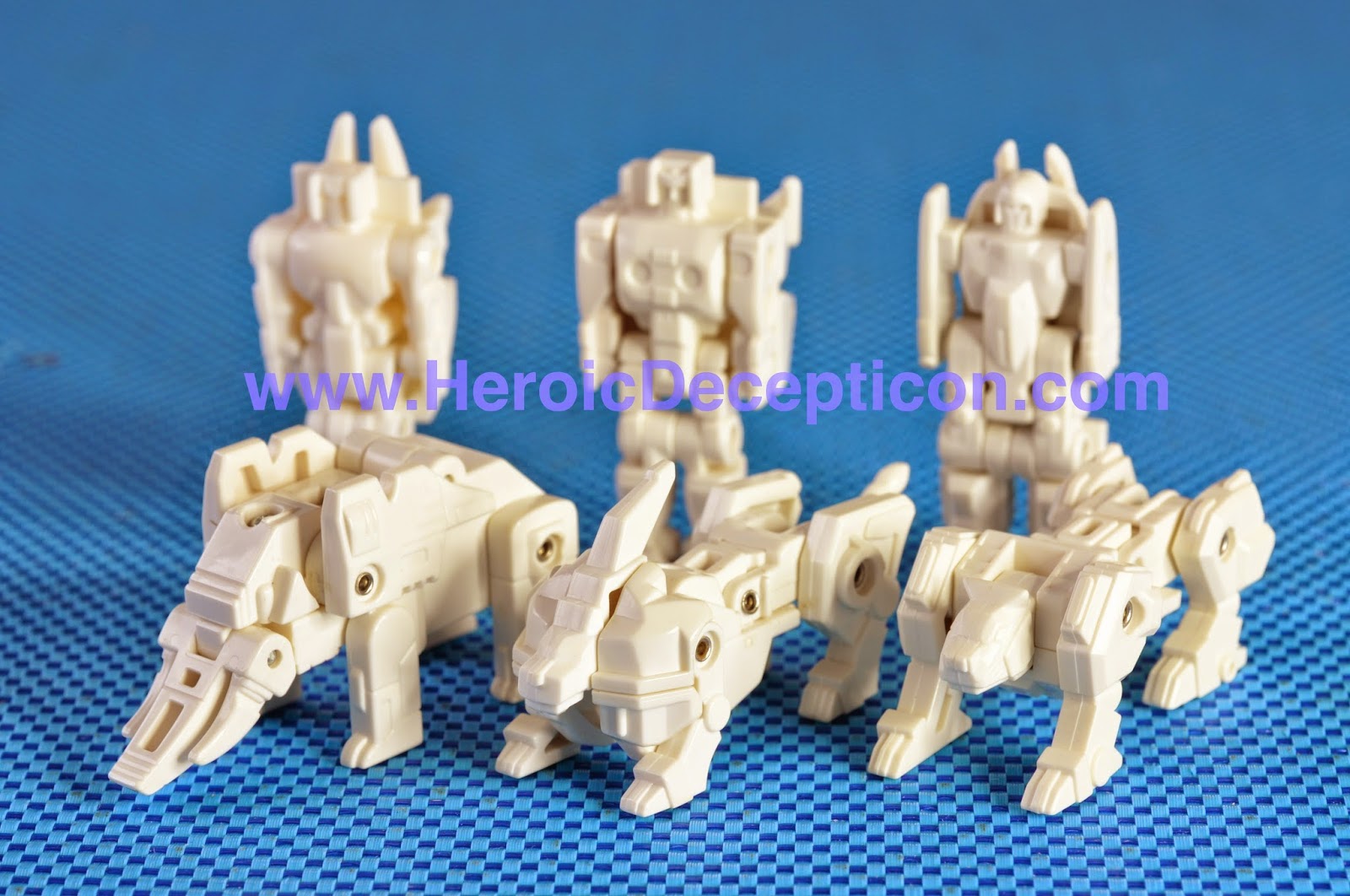 A last bit of conjecture here - these heads are white because they were intended for kids to be able to paint them into whatever colours they fancied. That might work well because for example they could be painted to match the colour scheme of the one's favourite headmaster!

WHAT ARE THESE USED FOR? 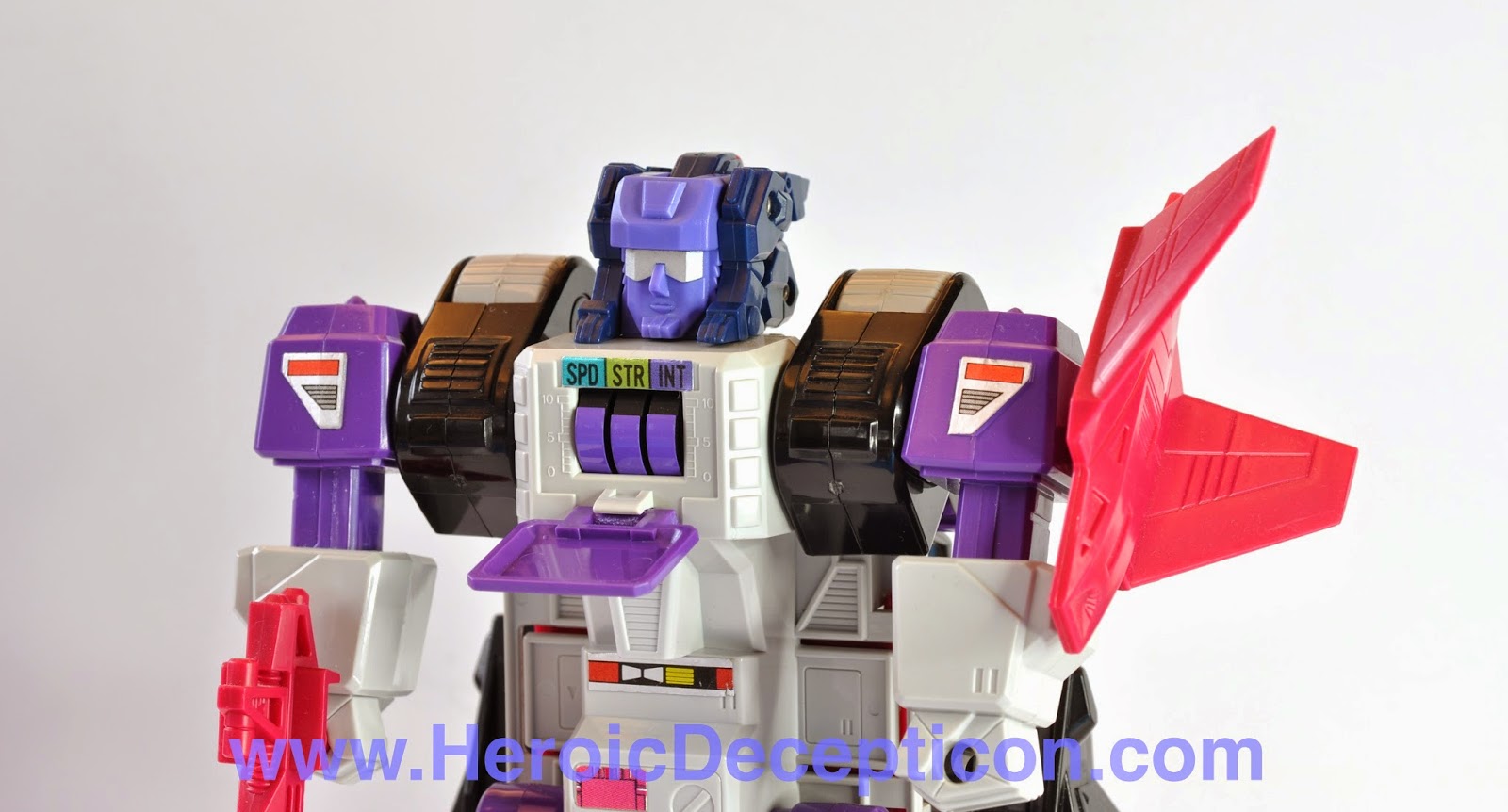 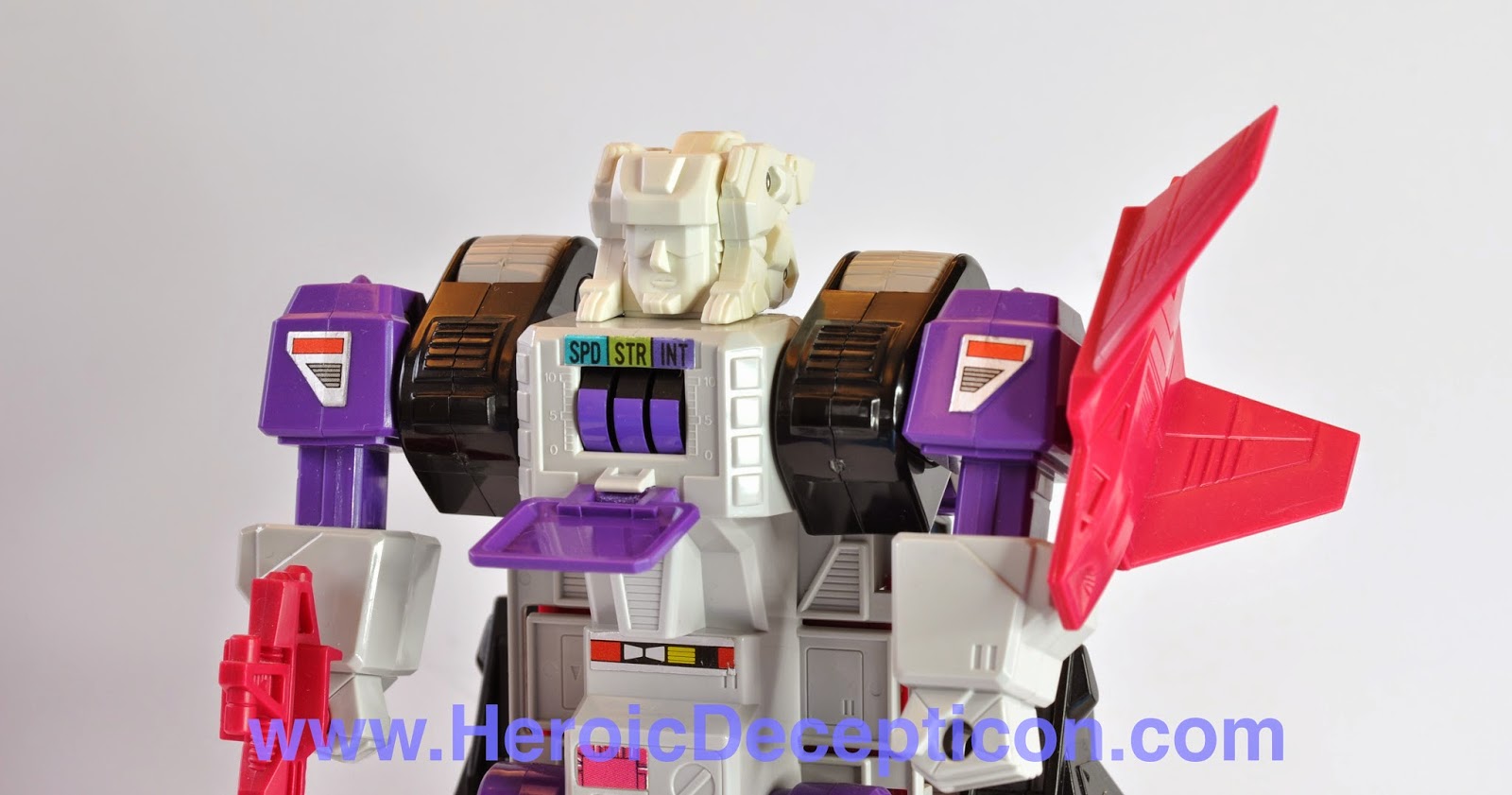 A BRIEF FOCUS ON EACH HEAD 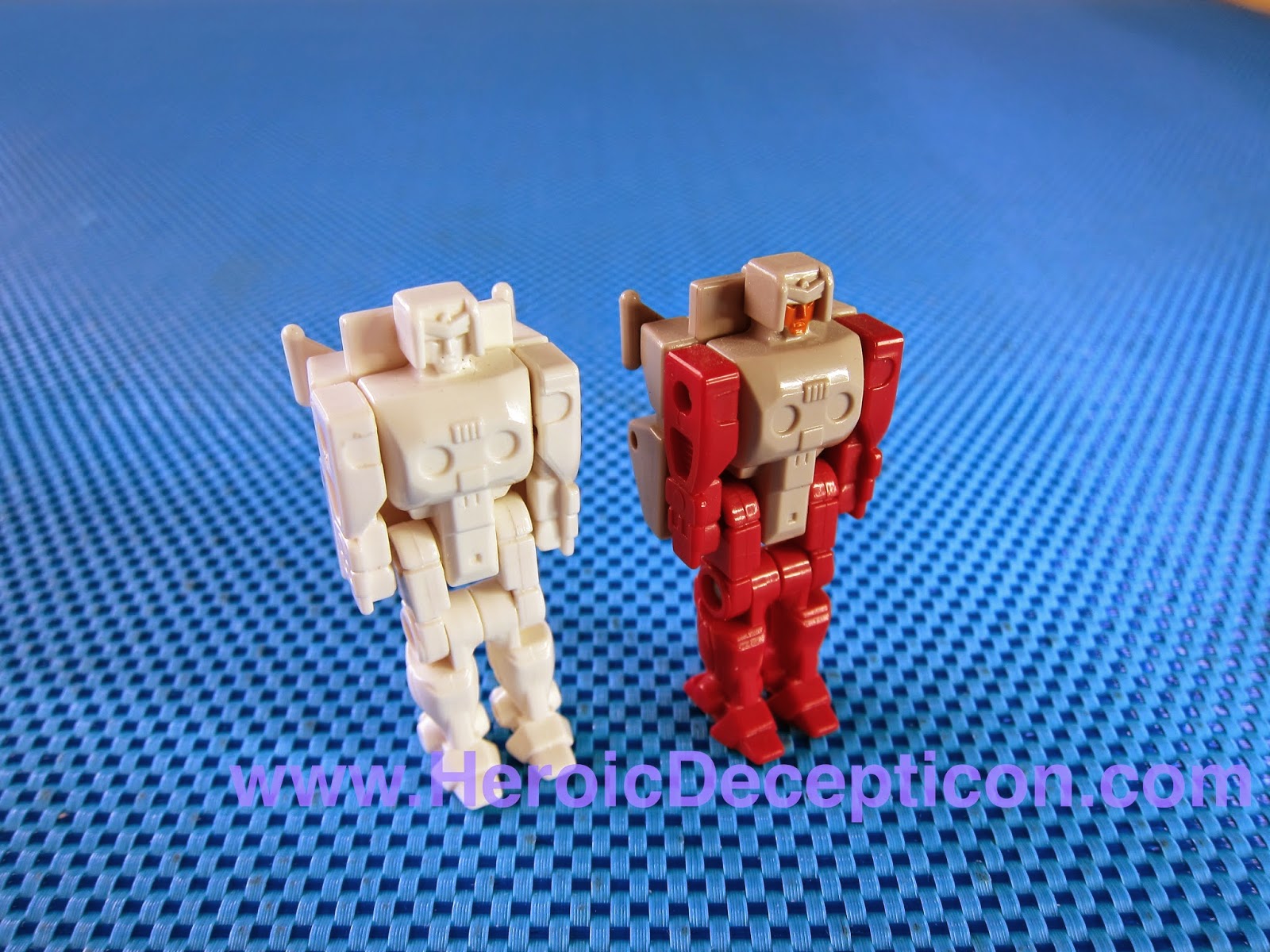 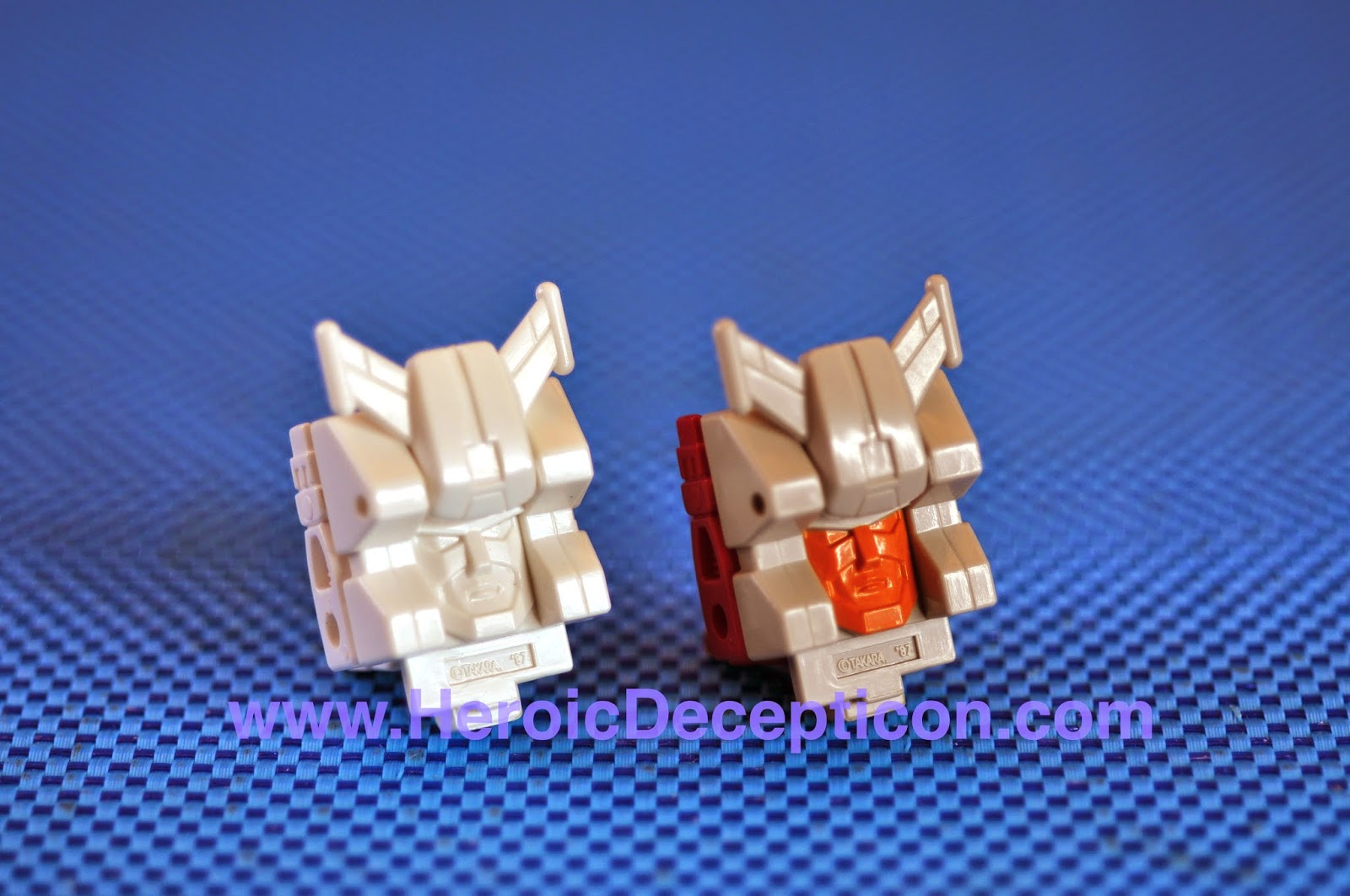 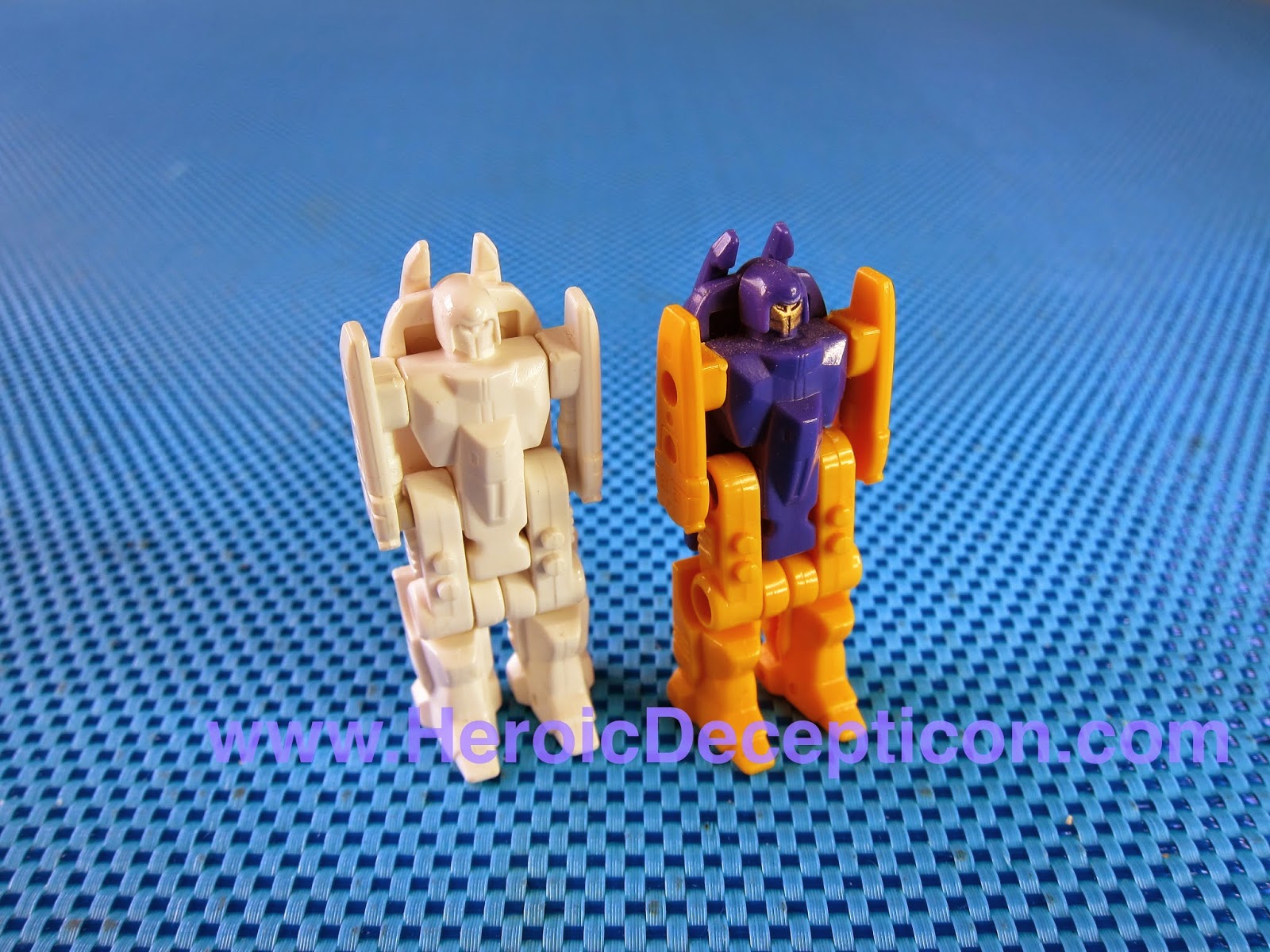 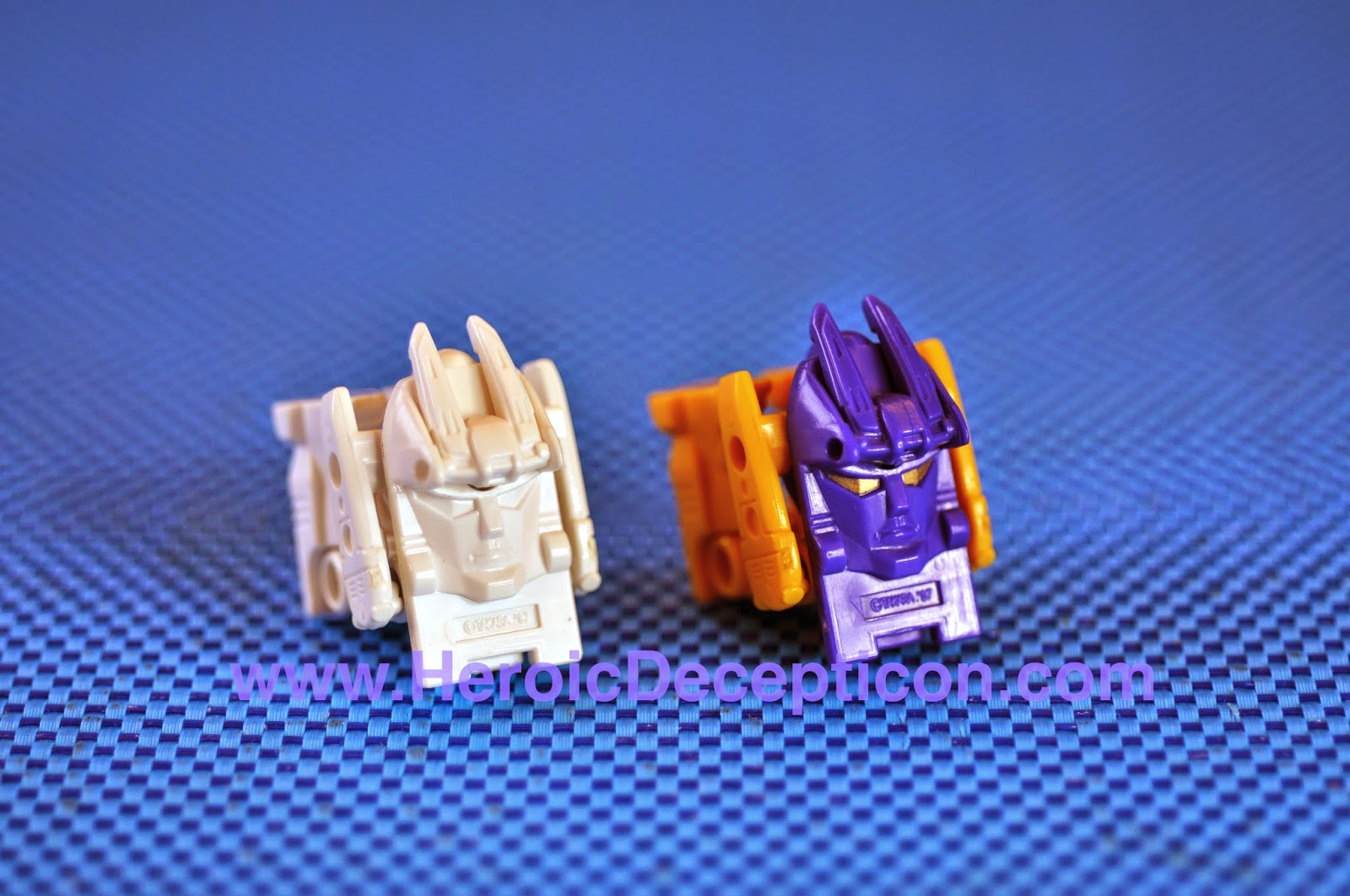 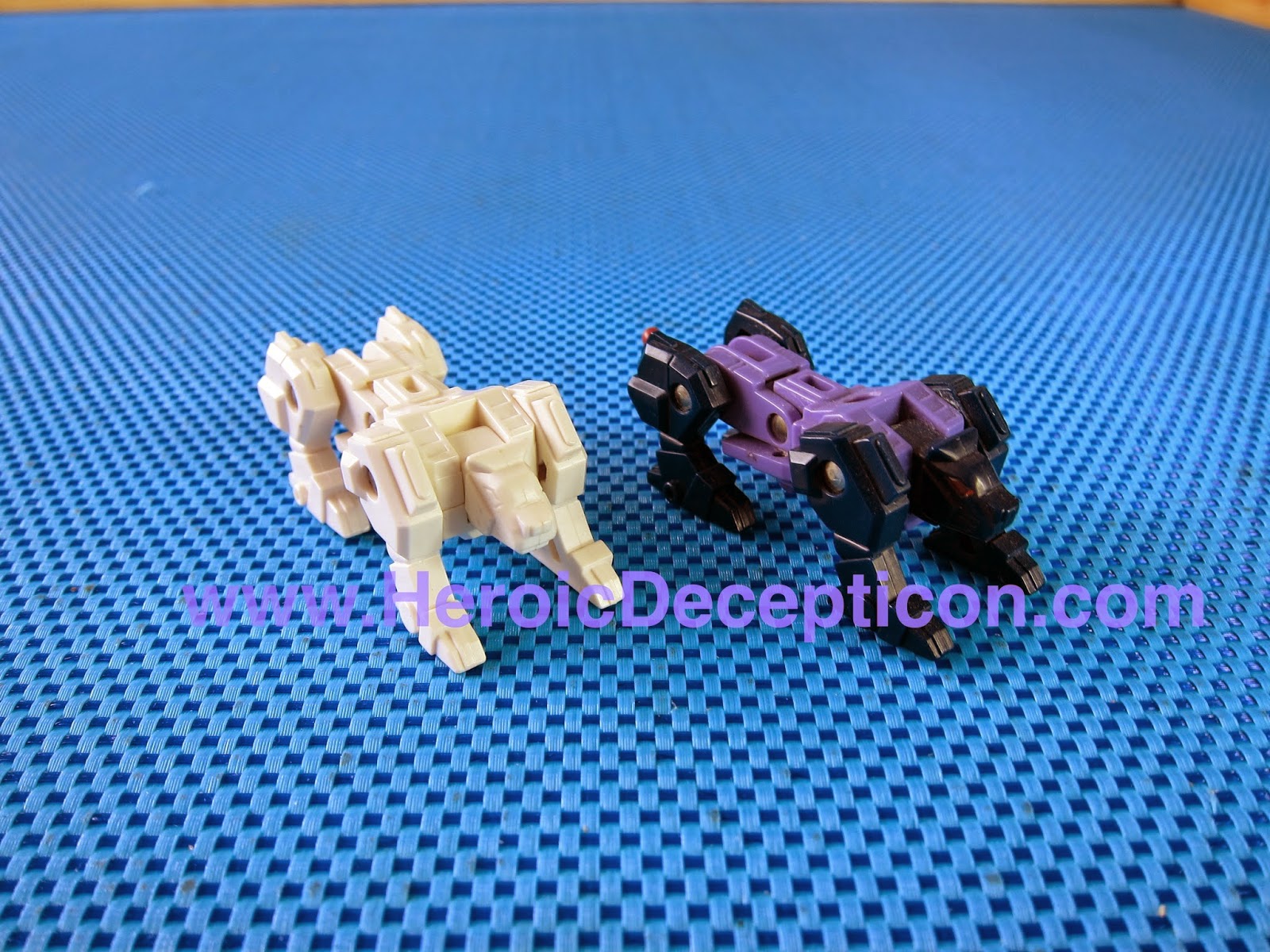 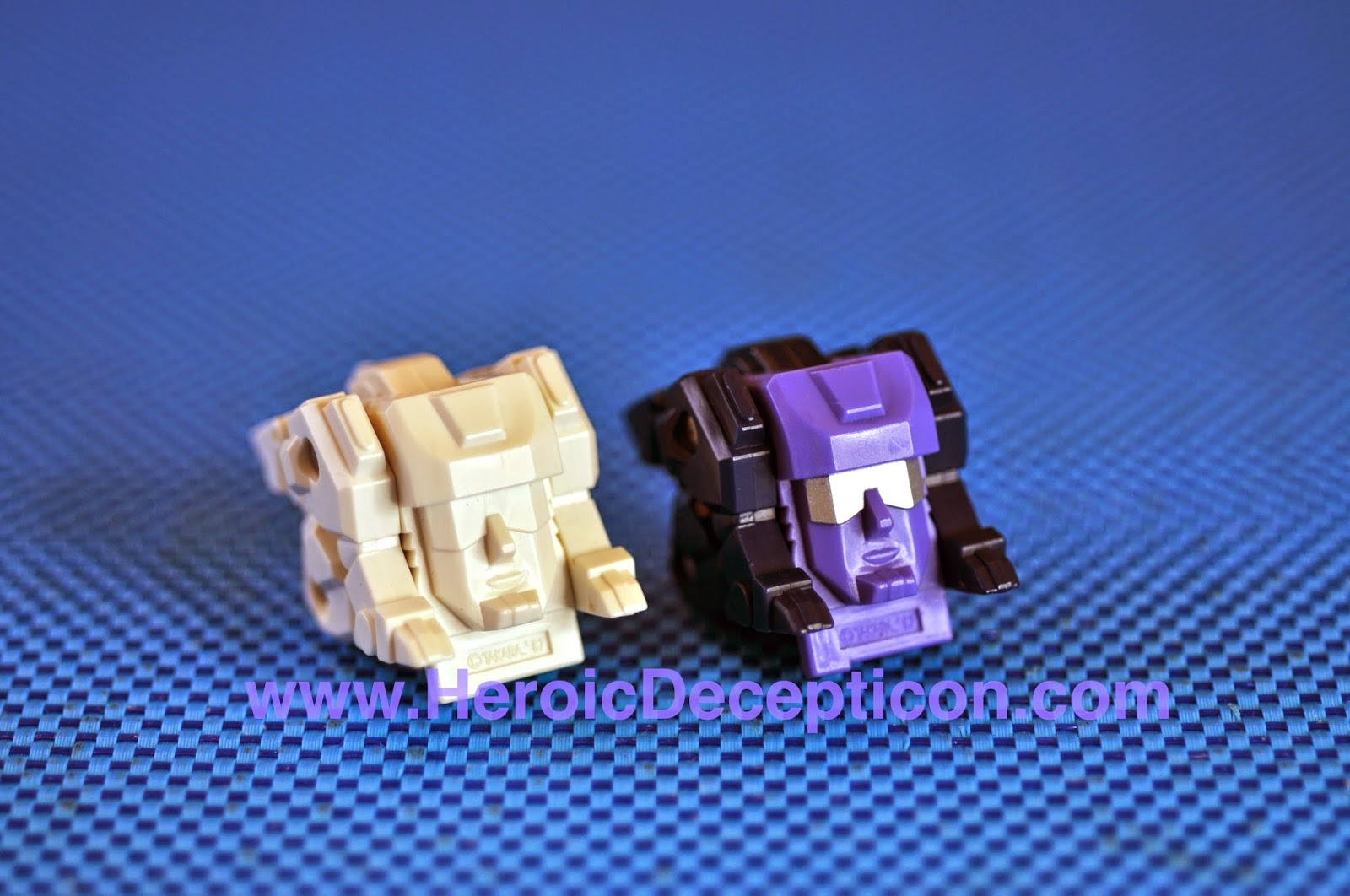 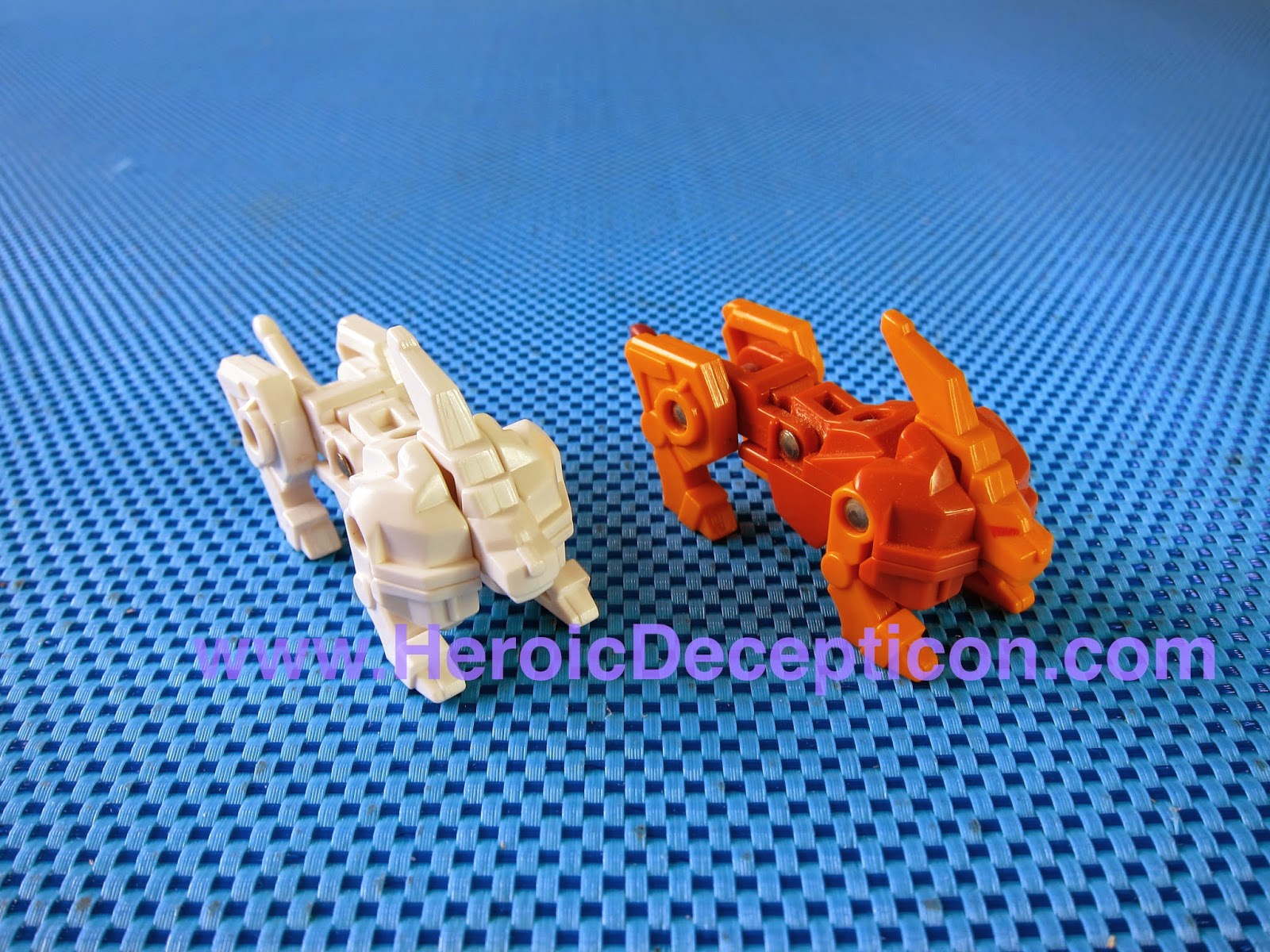 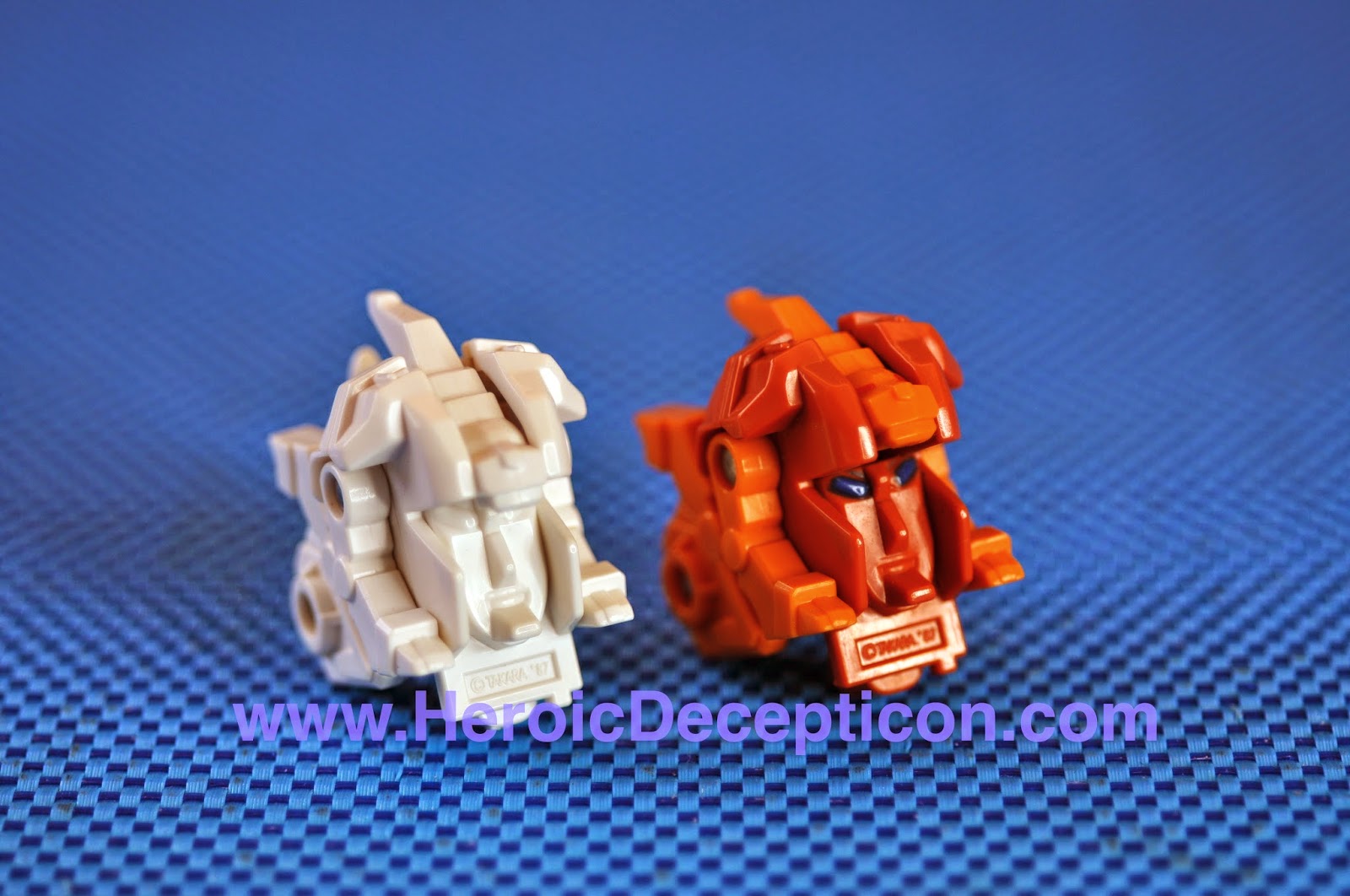 Shuffler - perhaps the rarest of the exclusive Headmaster heads, whether in colour or in white. I feel very thankful and fortunate I have genuine versions of the coloured Shuffler and the white Shuffler. In truth, I'd much rather be missing a white Loafer than a white Shuffler! 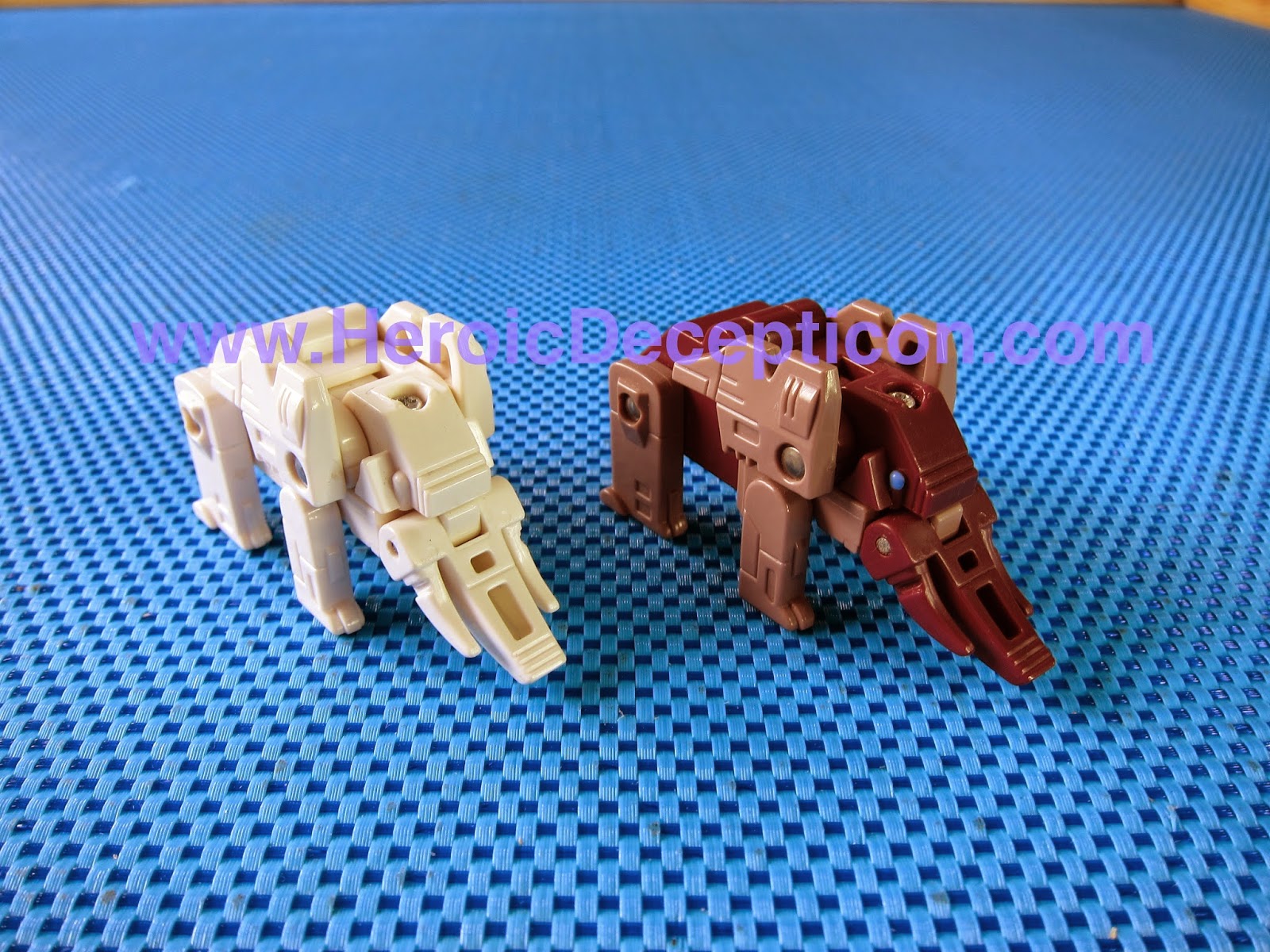 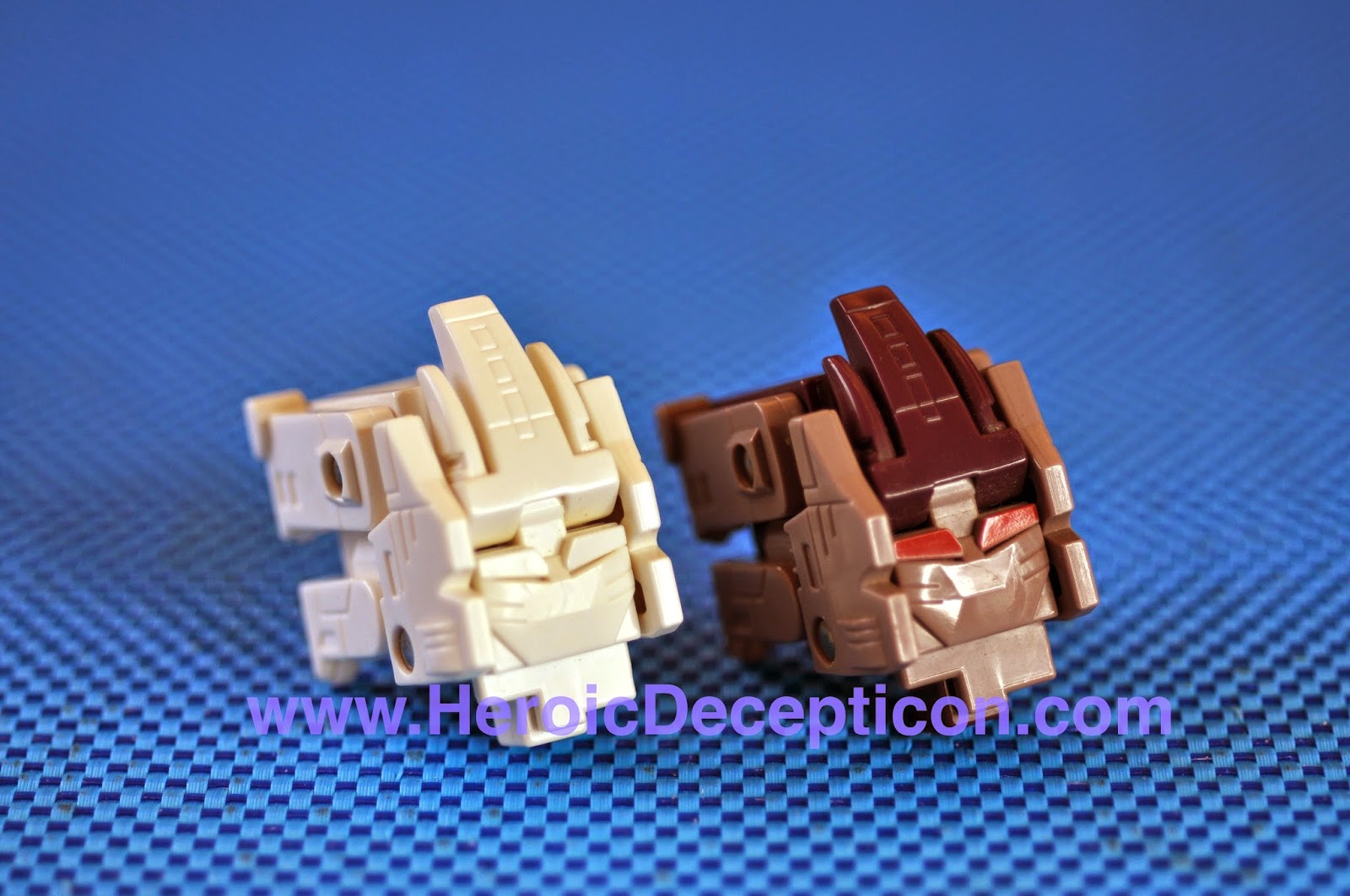 Some group shots of the white heads.

(the white Loafer is a KO) 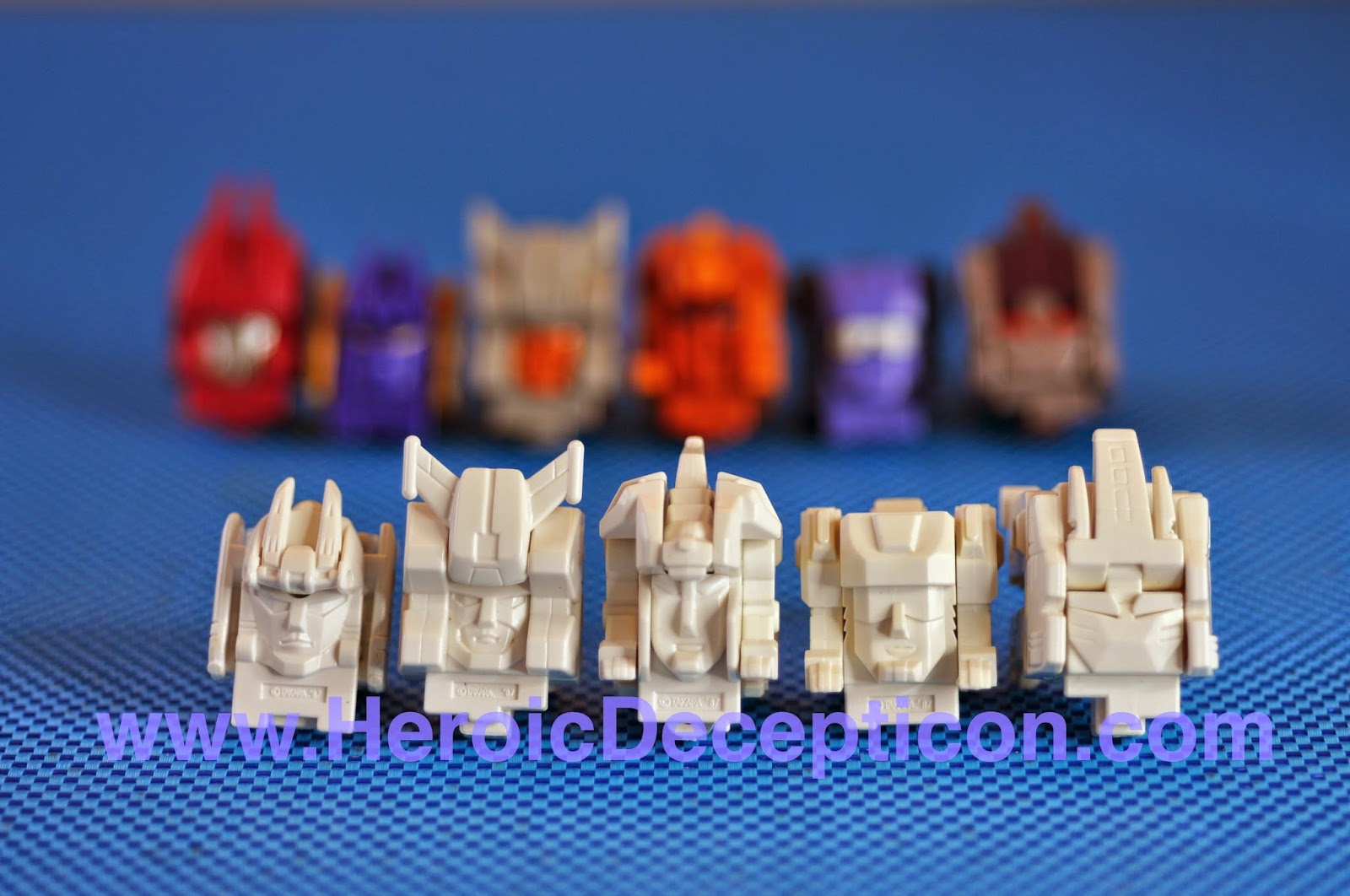 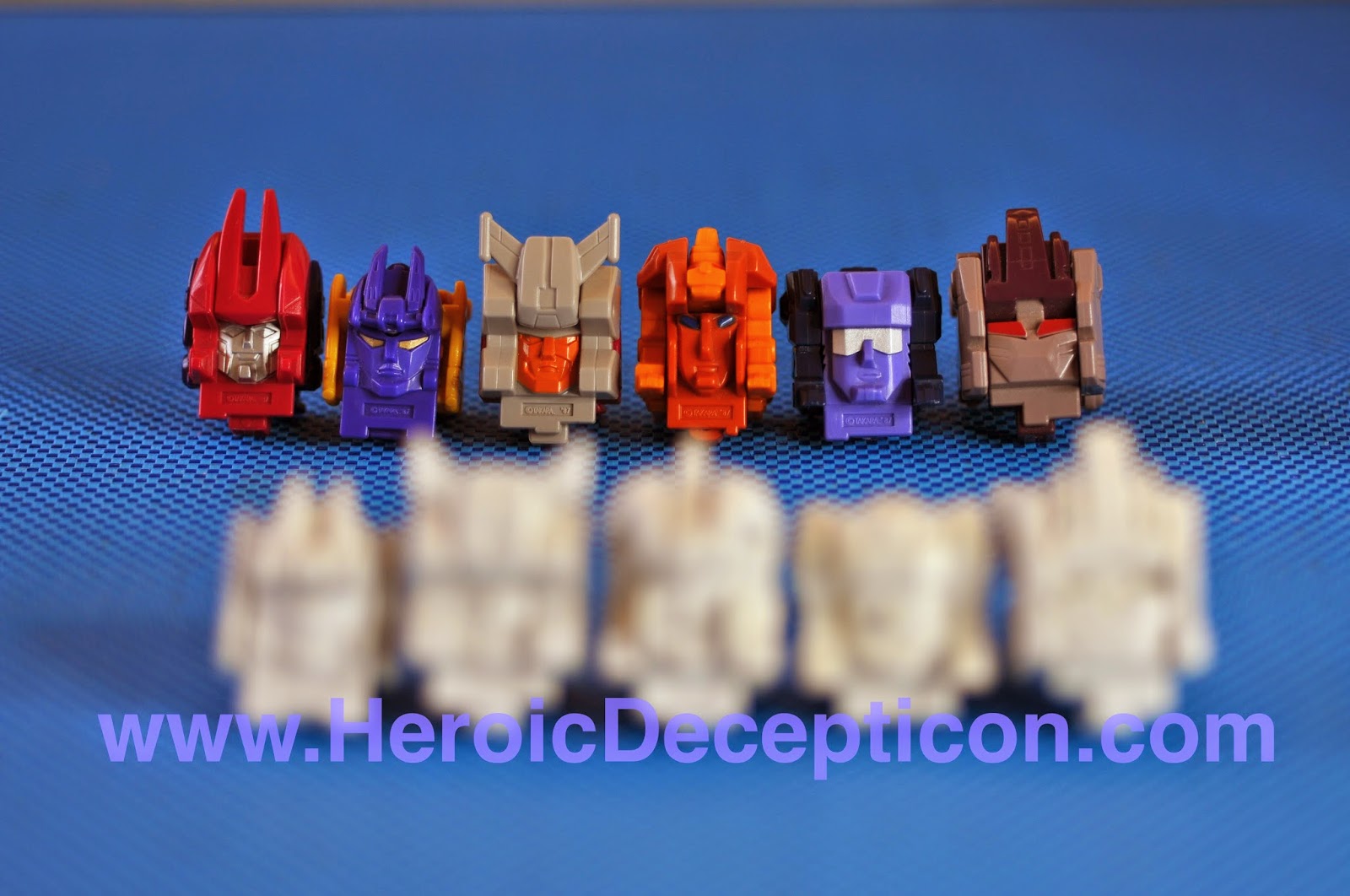 I did say above that there were KOs of the exclusive Headmaster heads and that I also had the KOs.

Here is a quick pictorial comparison between the KO pieces and the genuine pieces. Like Arkvander said on his blog, it's extremely obvious which are genuine and which are the KOs once you put the pieces side by side.

Here's a test... which set is the genuine set? 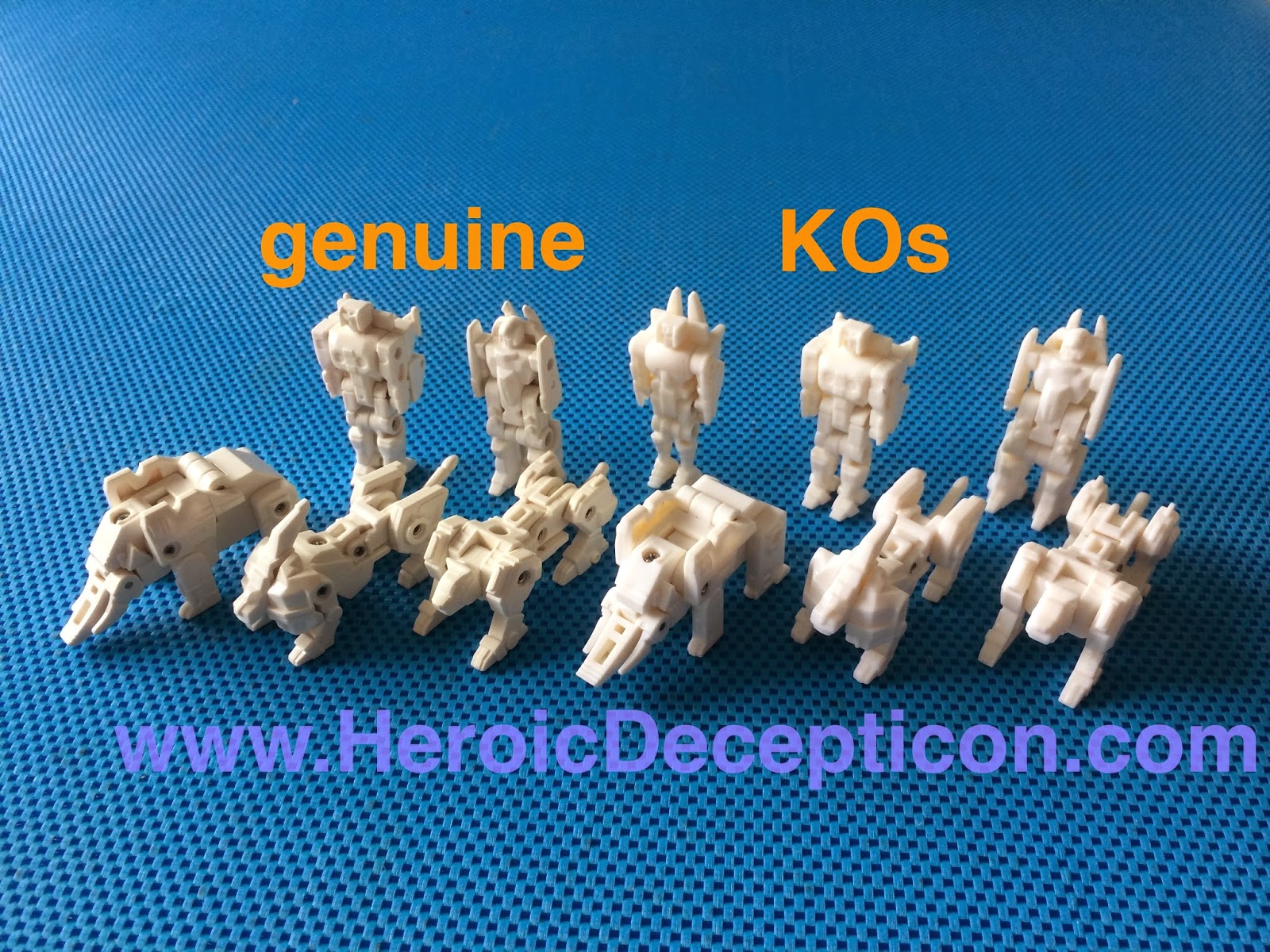 In this photo it is even more obvious...

Close up comparison and test again, which is the KO? 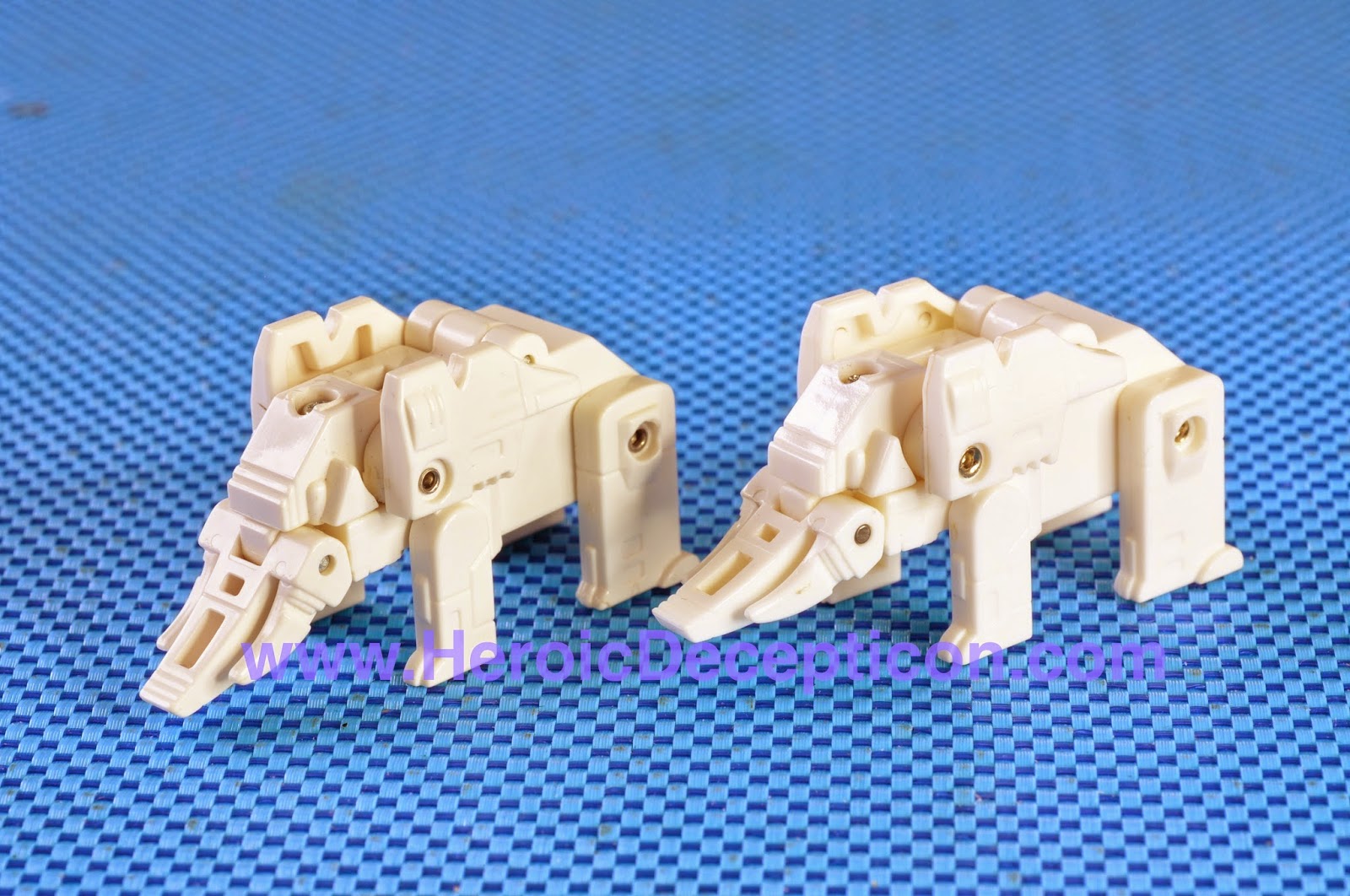 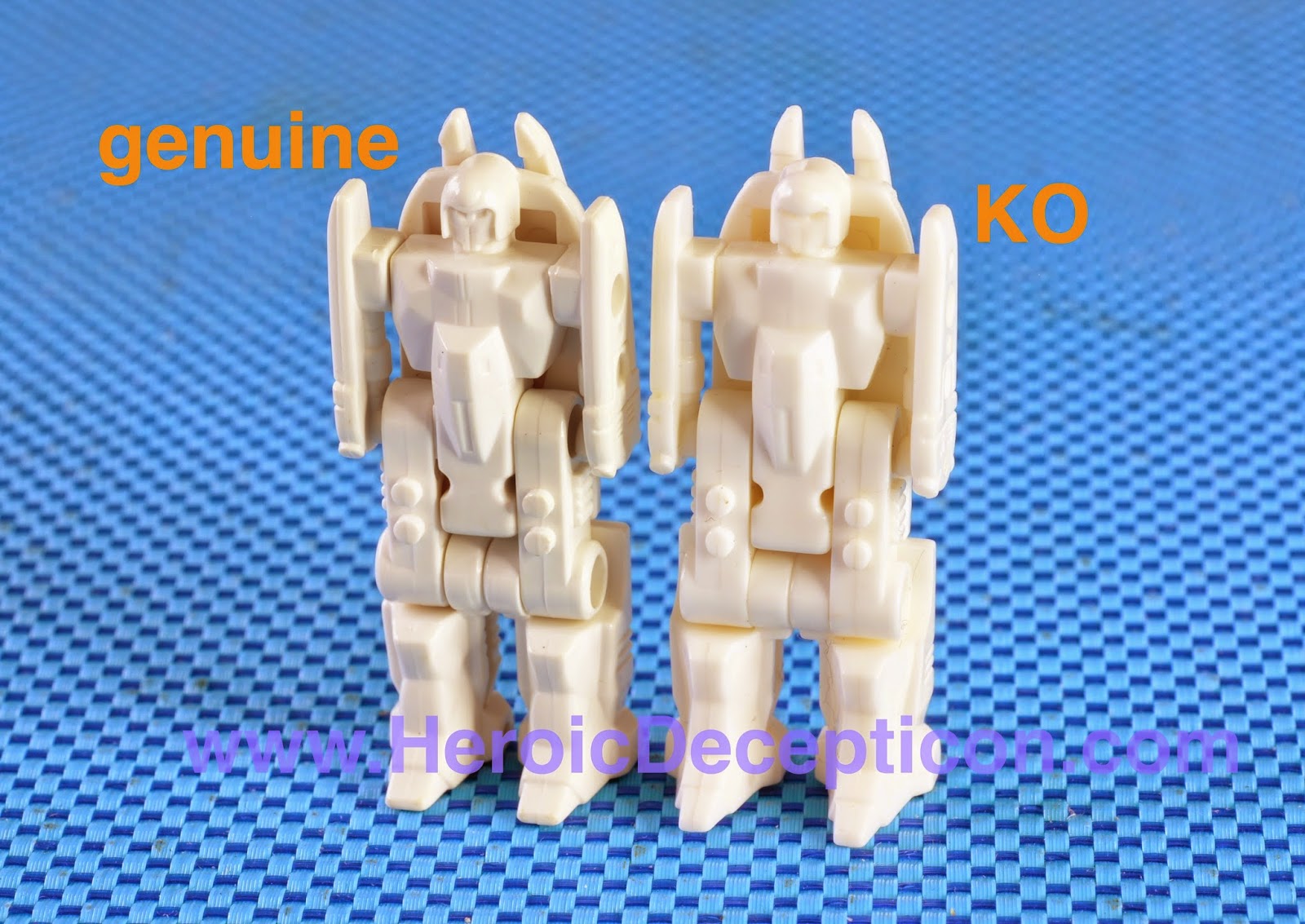 Posted by Heroic Decepticon at 23:37