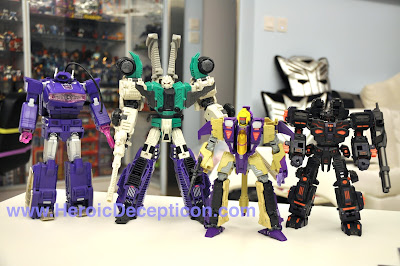 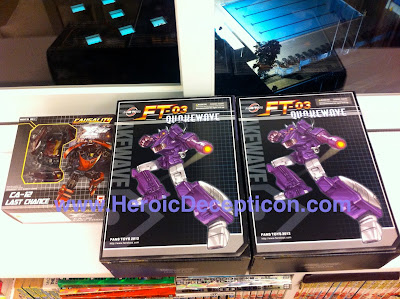 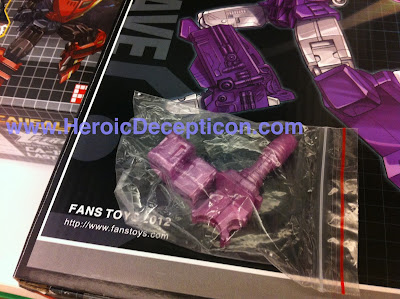 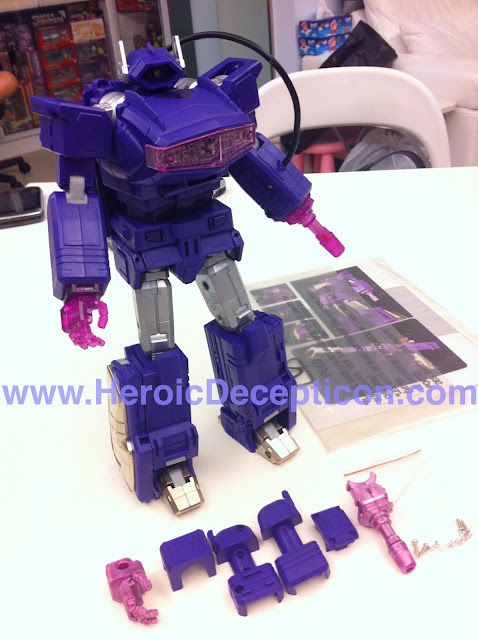 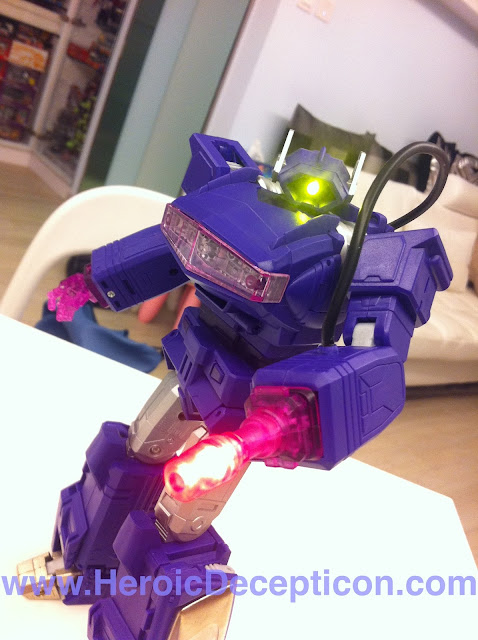 Masterpiece Soundwave and FT Quakewave. As you can see, the scale is pretty spot on for the MP line. 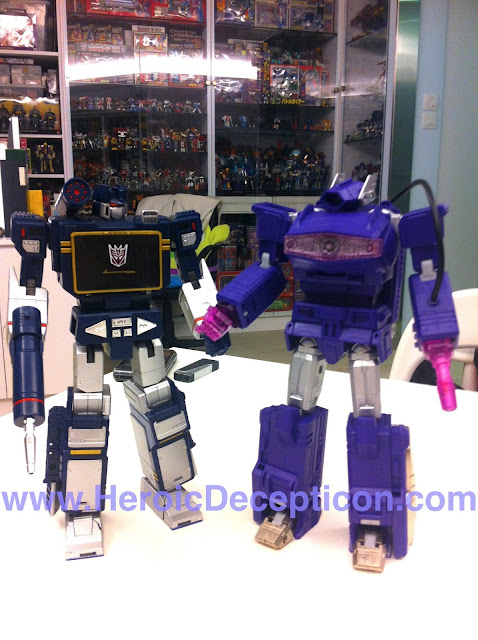 FT Quakewave side by side with G1 Shockwave. They look similar, but the legs makes all the difference - the G1 version has what I would term 'chicken legs', skinny and scrawny (think also G1 Superion), but the FT Quakewave 'fixes' that and Shockwave is now properly bulky. There is no sacrifice in transformation or alternate mode though, because Quakewave's gun mode is just as nice as the G1 incarnation. 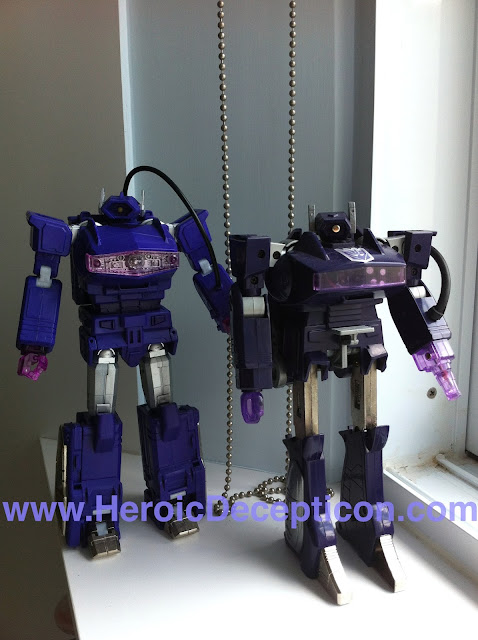 Now with Decepticon insignia. I rate Quakewave very highly, easily a 8 / 10 toy. Beautifully sculpted, easy to transform, nice proportions, a great homage to G1 Shockwave. It'd be near 10 /10 if the shade of purple was closer to G1 Shockwave (but we fans can't win them all). 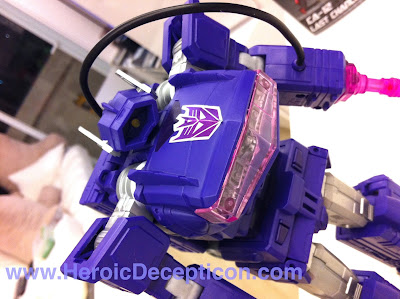 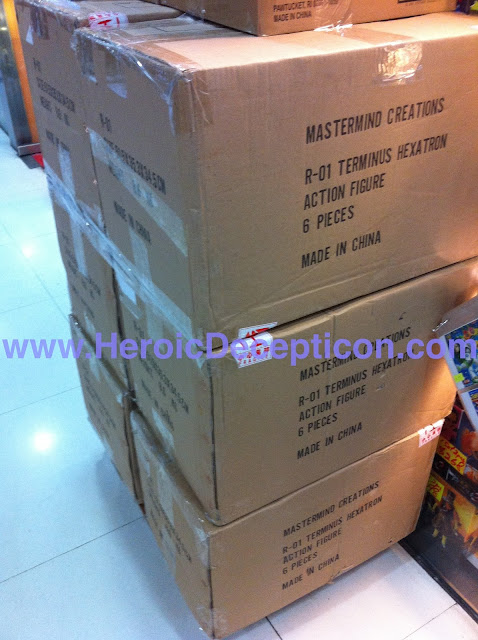 Oh, I also bought Hasbro's release of Trailcutter (aka Trailbreaker), when I picked up Hexatron. 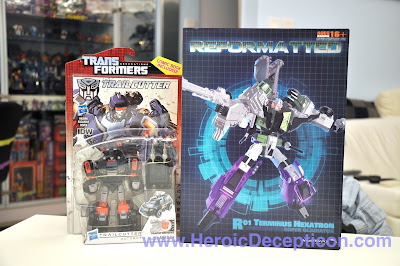 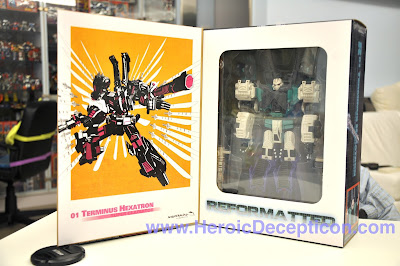 Close up of this highly detailed piece. 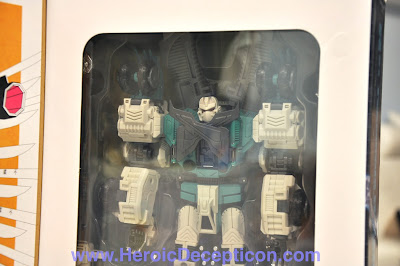 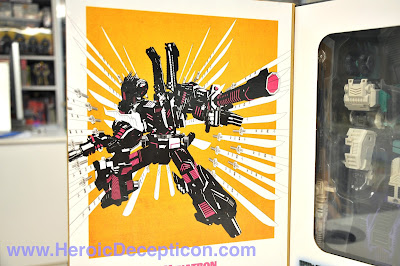 Out of the package and showing its contents. 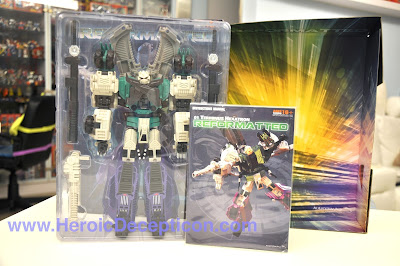 Close up - just look at the detail and its solid construction. 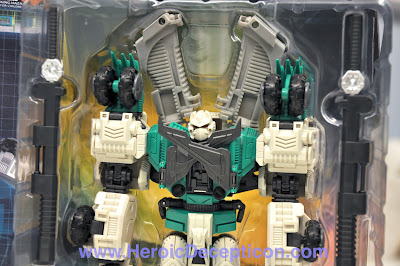 So, some cool figures - Quakewave, Hexatron, Blitzwing, The Fallen. No prizes for which is the worst figure out of this lot of 4.

Quakewave and Hexatron, scale is pretty spot on. 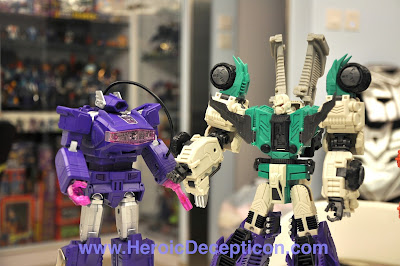 'There, there, you'll get to destroy a planet soon enough...' 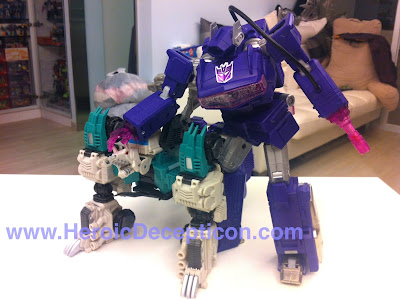 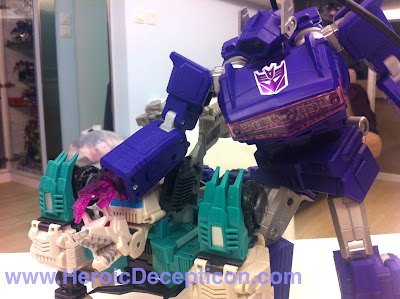 Oh, more shots of Quakewave because this is such an awesome figure. No lights. 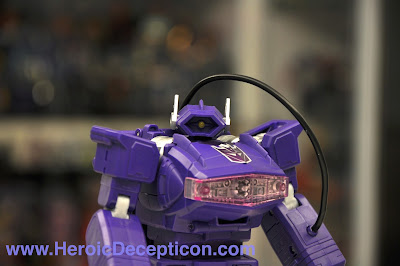 Lights on! 'Cybertron will remain as you leave it. Have a safe journey, Megatron.' 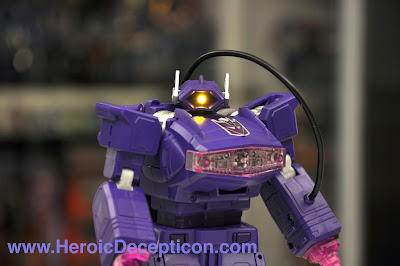 Posted by Heroic Decepticon at 20:49